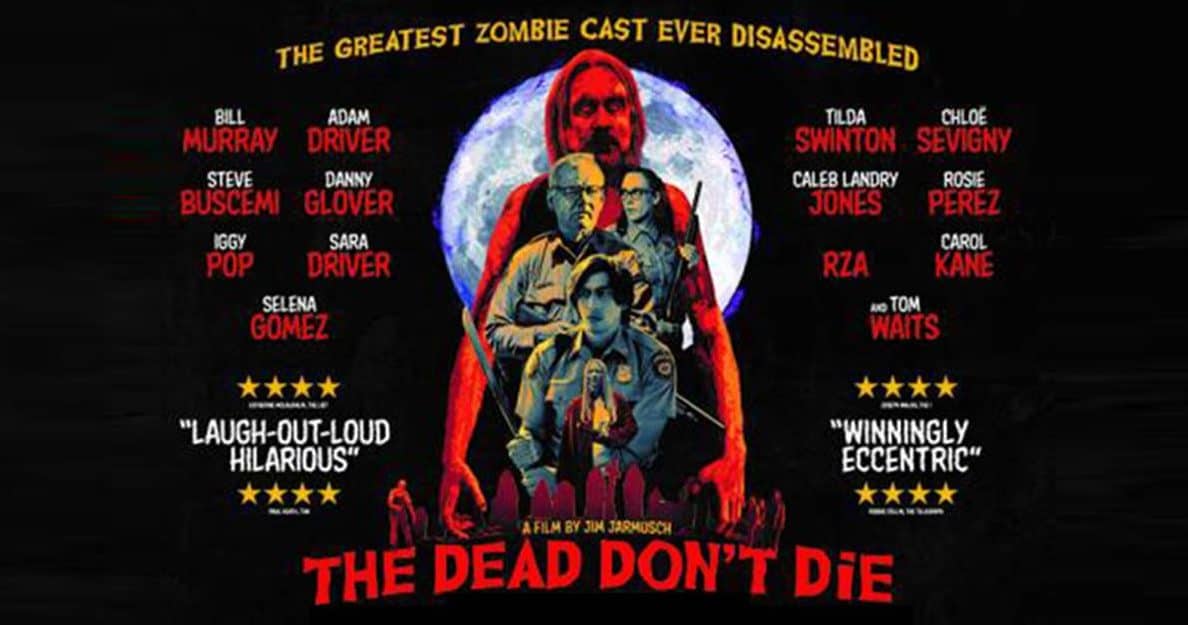 The power of the “hang” movie is that you have to craft interesting people for not much happen to. And that’s ultimately the enjoyability of The Dead Don’t Die, Jim Jarmusch’s zombie film: whether or not you like the two main characters we hang out with in what might be the deepest cast in a zombie film, ever.

The sheriff (Bill Murray) and his deputy (Adam Driver) have to deal with a zombie outbreak unveiling itself in their small town. We follow them around as they interact with the locals, et al, while the zombie outbreak spreads all around them and ultimately onto their city’s grounds.

This is easily the most loaded cast in the genre’s history… but it’s not really a zombie movie per se. It’s not even an homage to a zombie film. It’s just a sort of small town hang out film with the zombie menace looming around. We see a number of things but this isn’t going to even be similar to a Shaun of the Dead, a proper zombie film but never something people point out as a genre staple.

This is a similar sort of interesting but not noteworthy film. It’s interesting to see a genre film trapping with a basic “these are interesting people just going about their day” with it.

It’s similar in spirit to Once Upon a Time in Hollywood without the hour of filler.