Justice Doom War Rages In The Past With Justice Society Of America (JSA), In The Future With DC One Million & A Surprise!

With the help of Starman Will Payton, the three cosmic brothers of Monitor, Anti-Monitor and World Forger merge to… 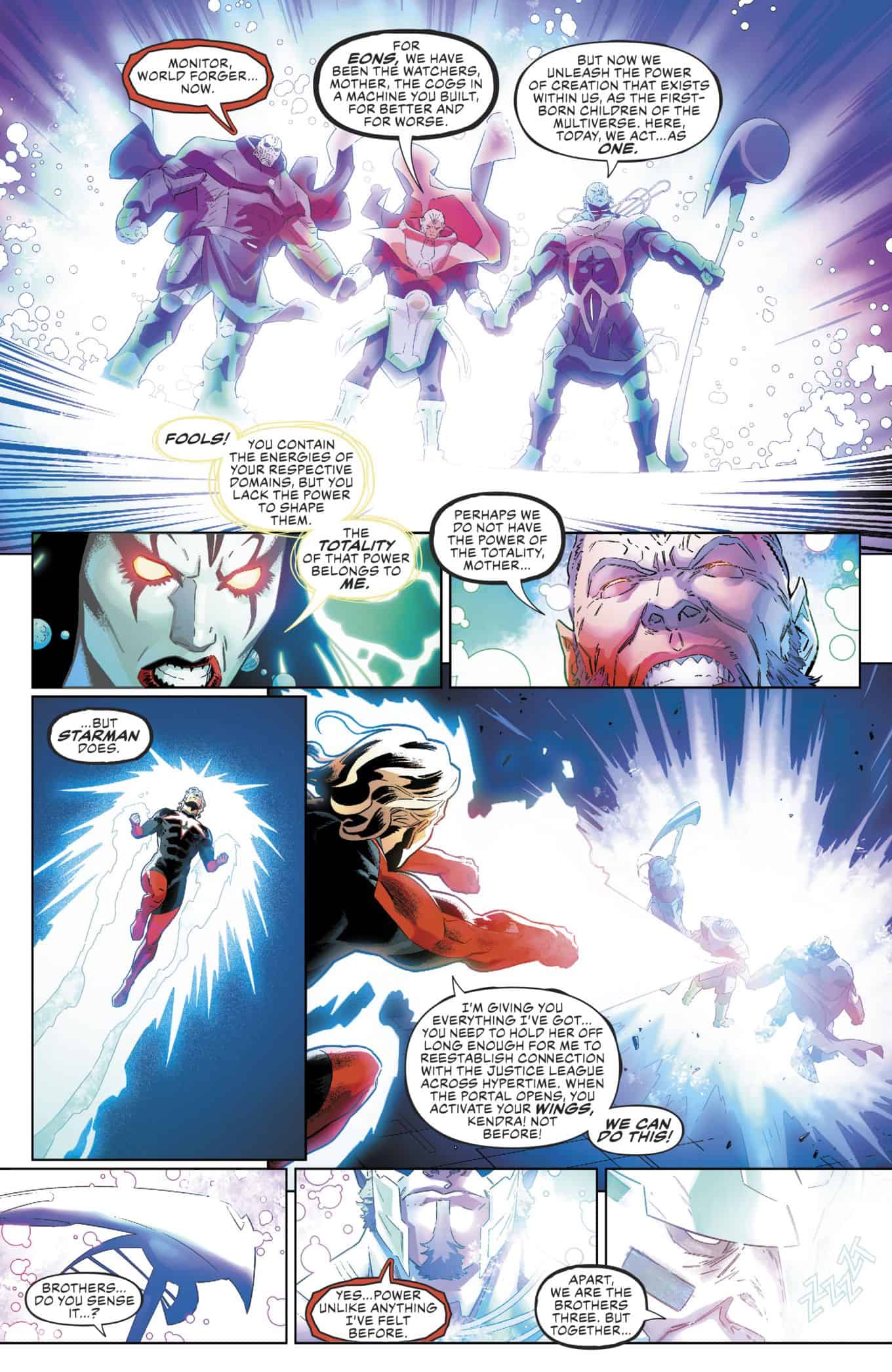 …become the Ultra Monitor a rival to their mother Pereptua. 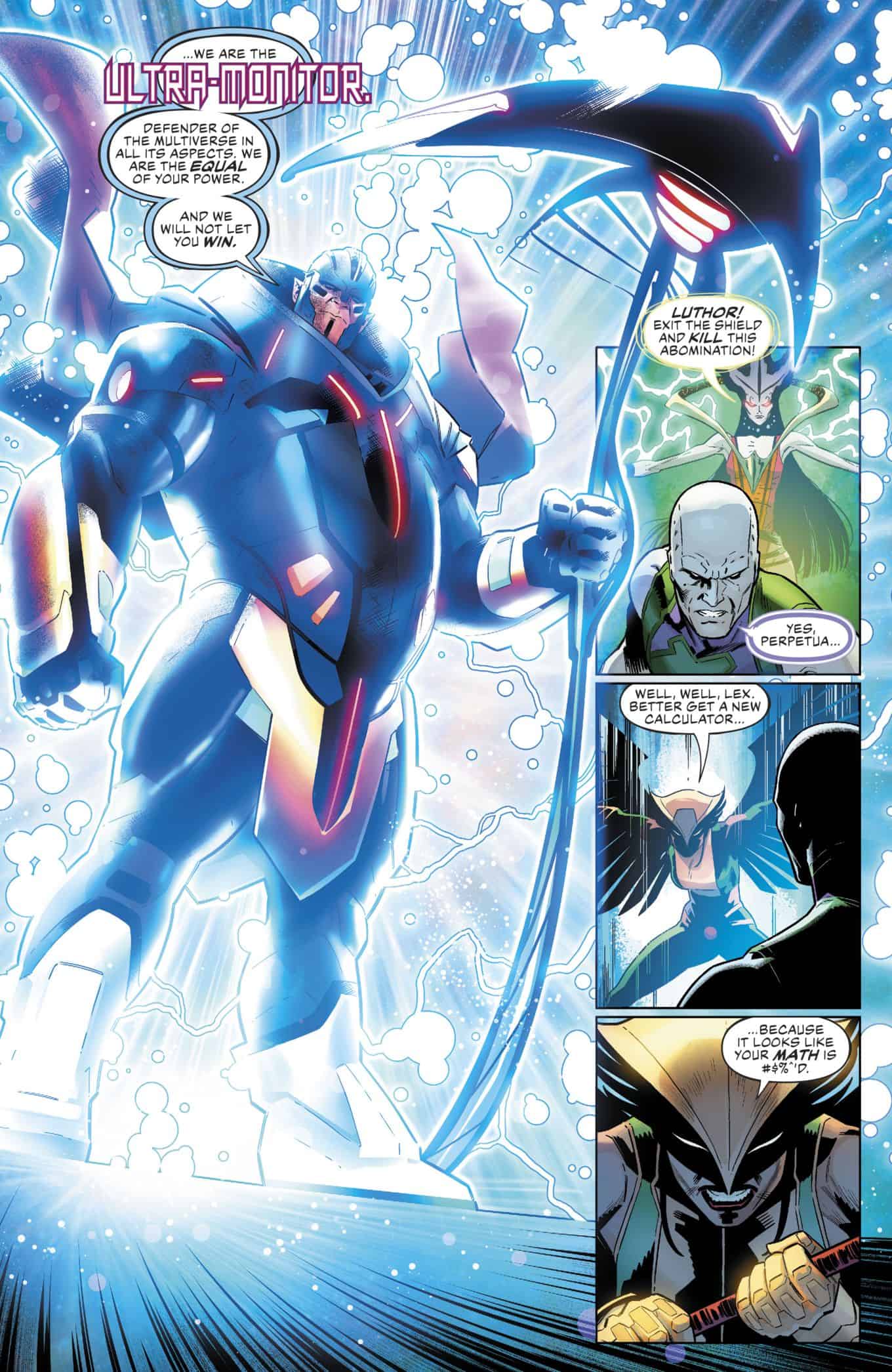 In the past, Aquaman and a Justice League squad continue to team up with the Justice Society of America to secure a fragment of the Totality! 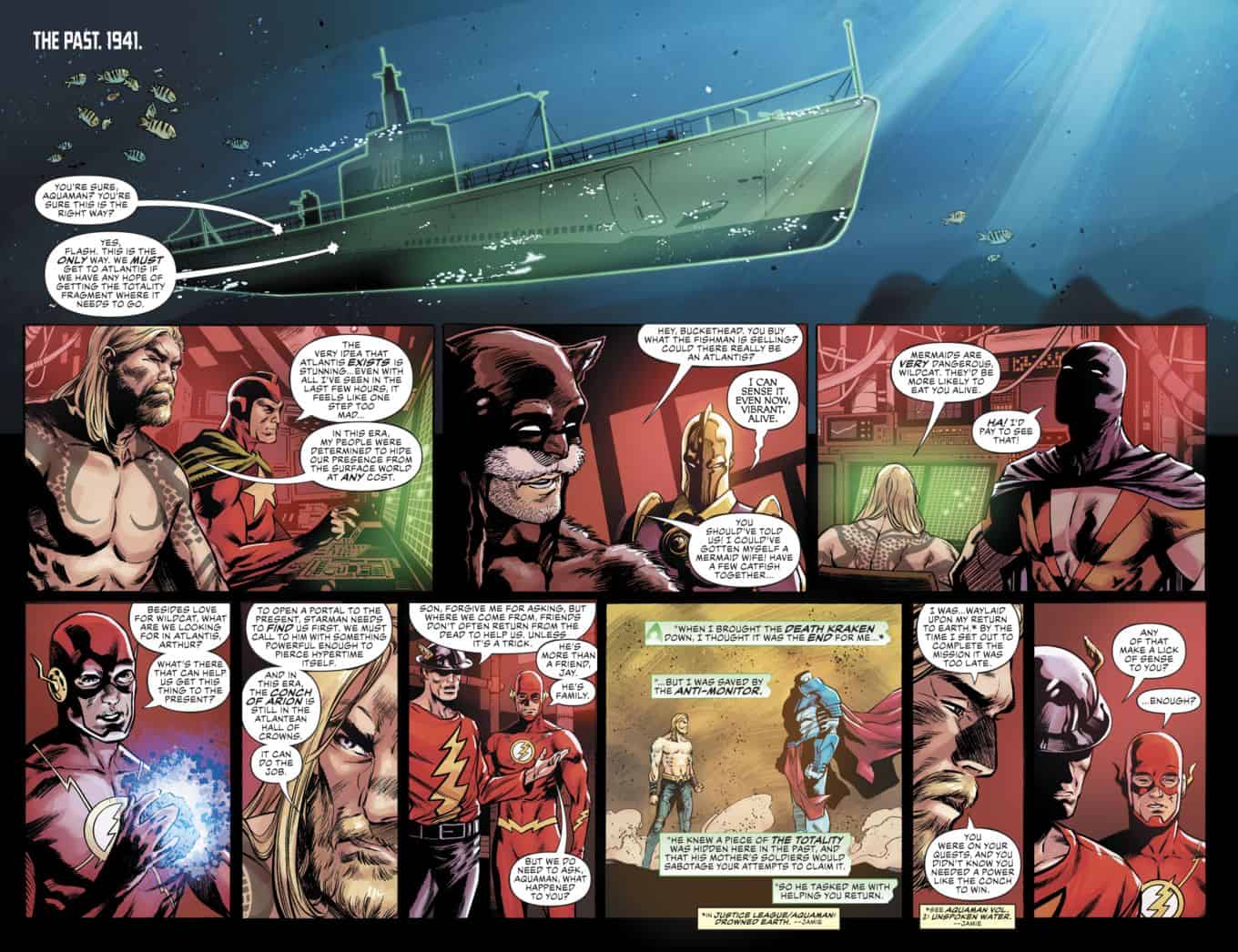 In the future, Brainiac One Million takes Kamandi and a Justice League squad with a fragment of the Totality the prize. 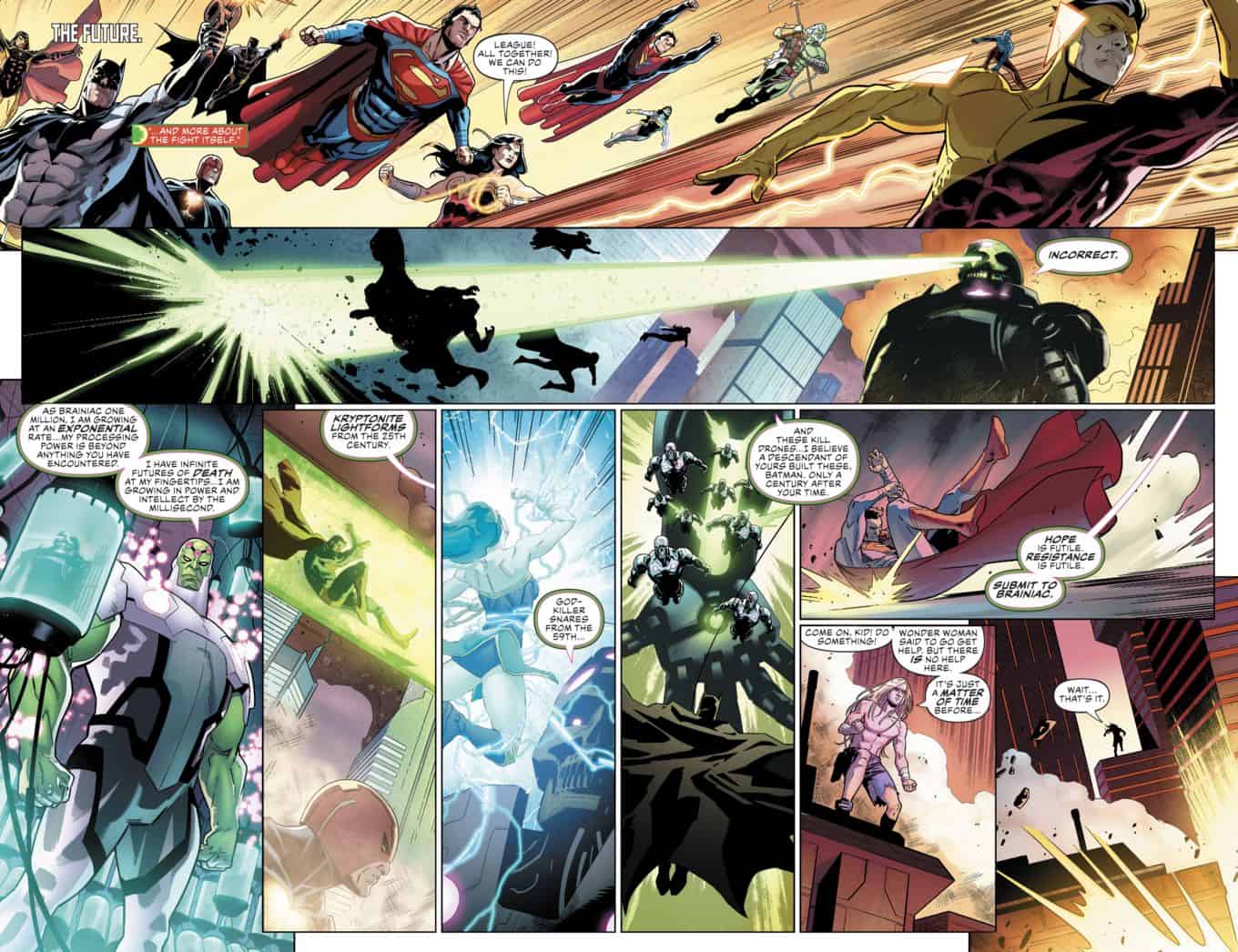 In the present, Ultra-Monitor takes on Perpetua while Hawkgirl takes on Apex Lex Luthor which would seem like a mismatch. 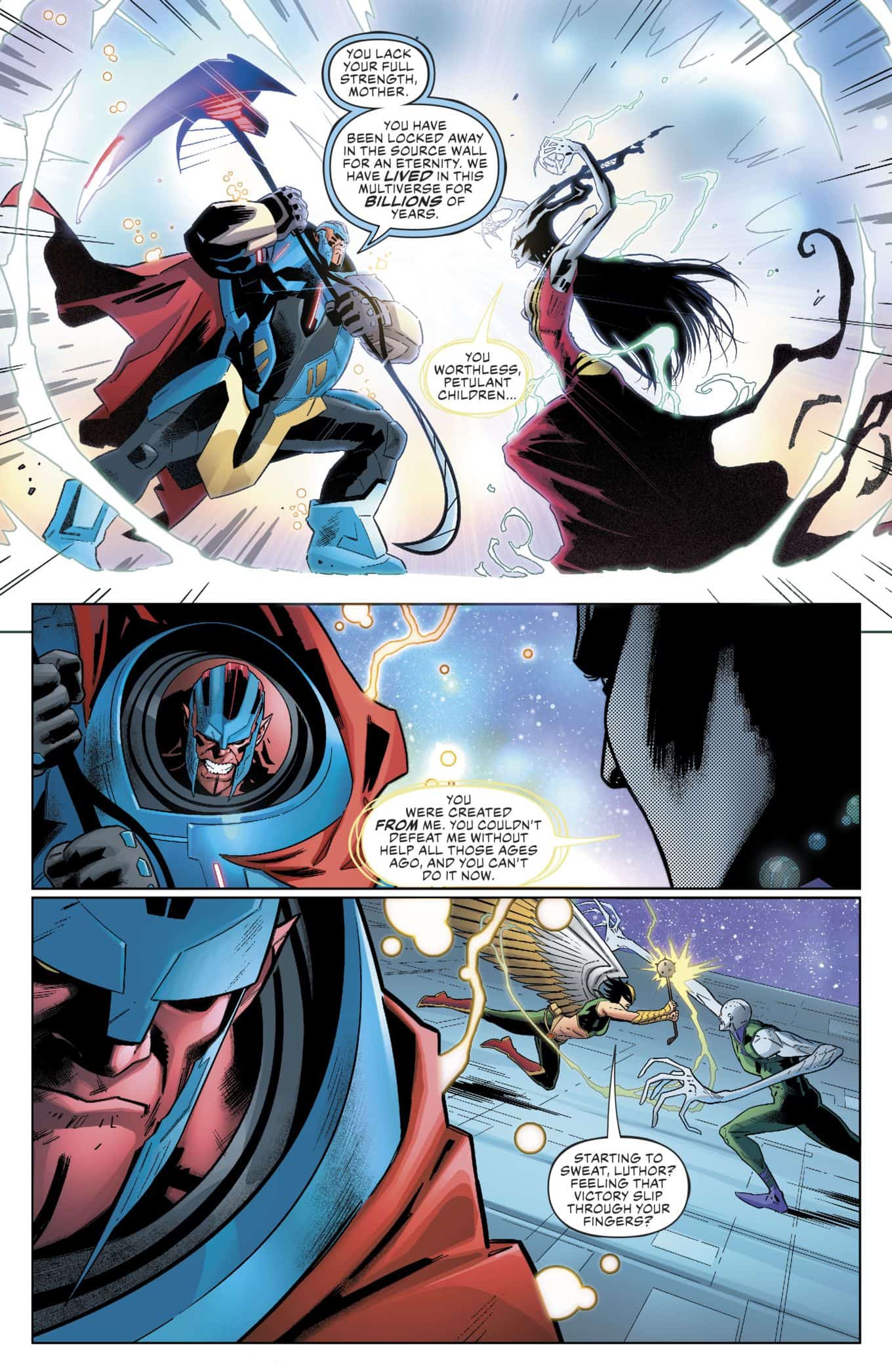 However, it looks like Hawkgirl has some hidden powers that foreshadows her repairing the Source Wall? 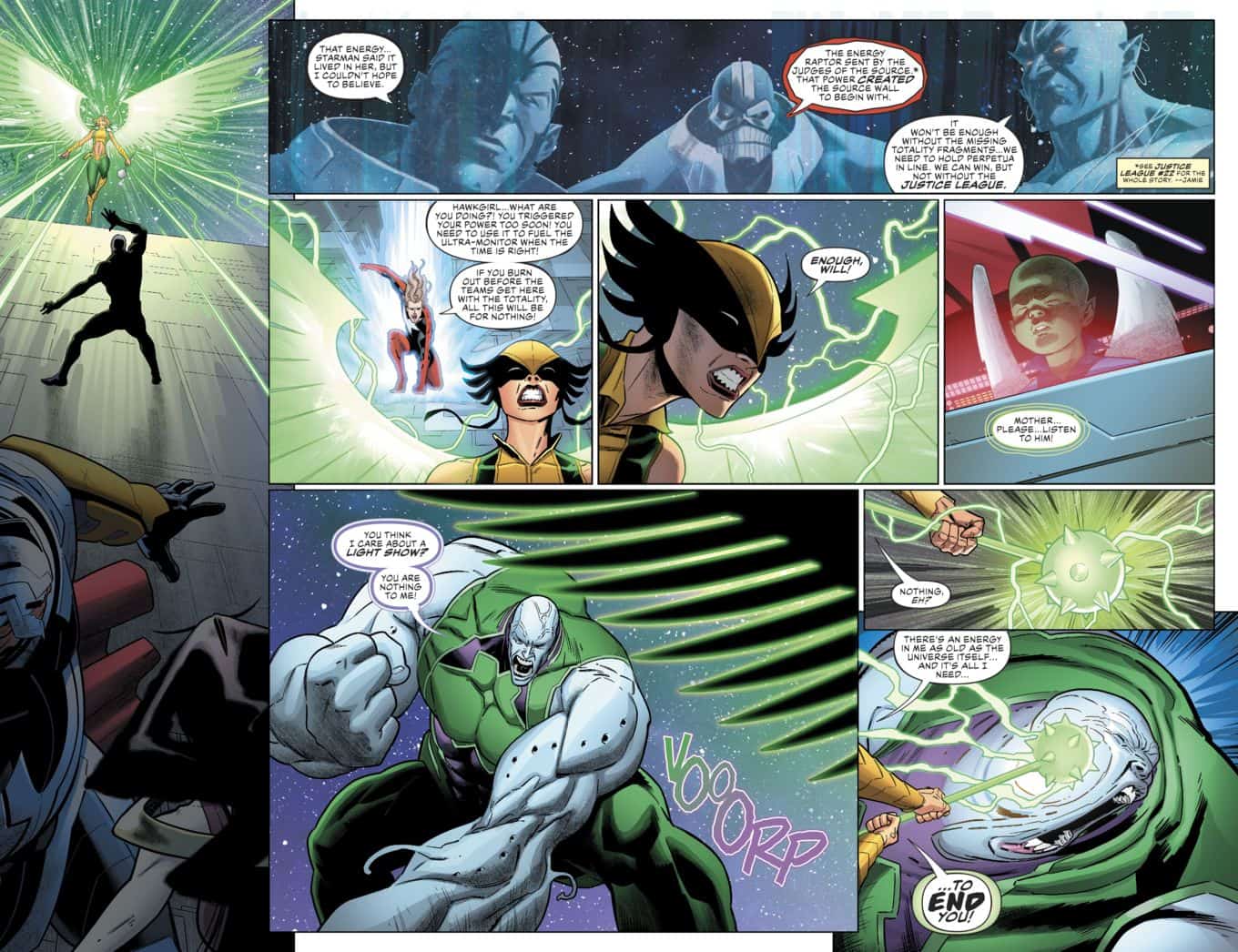 In the past, we see the Legion of Doom having brought a god to his knees as… 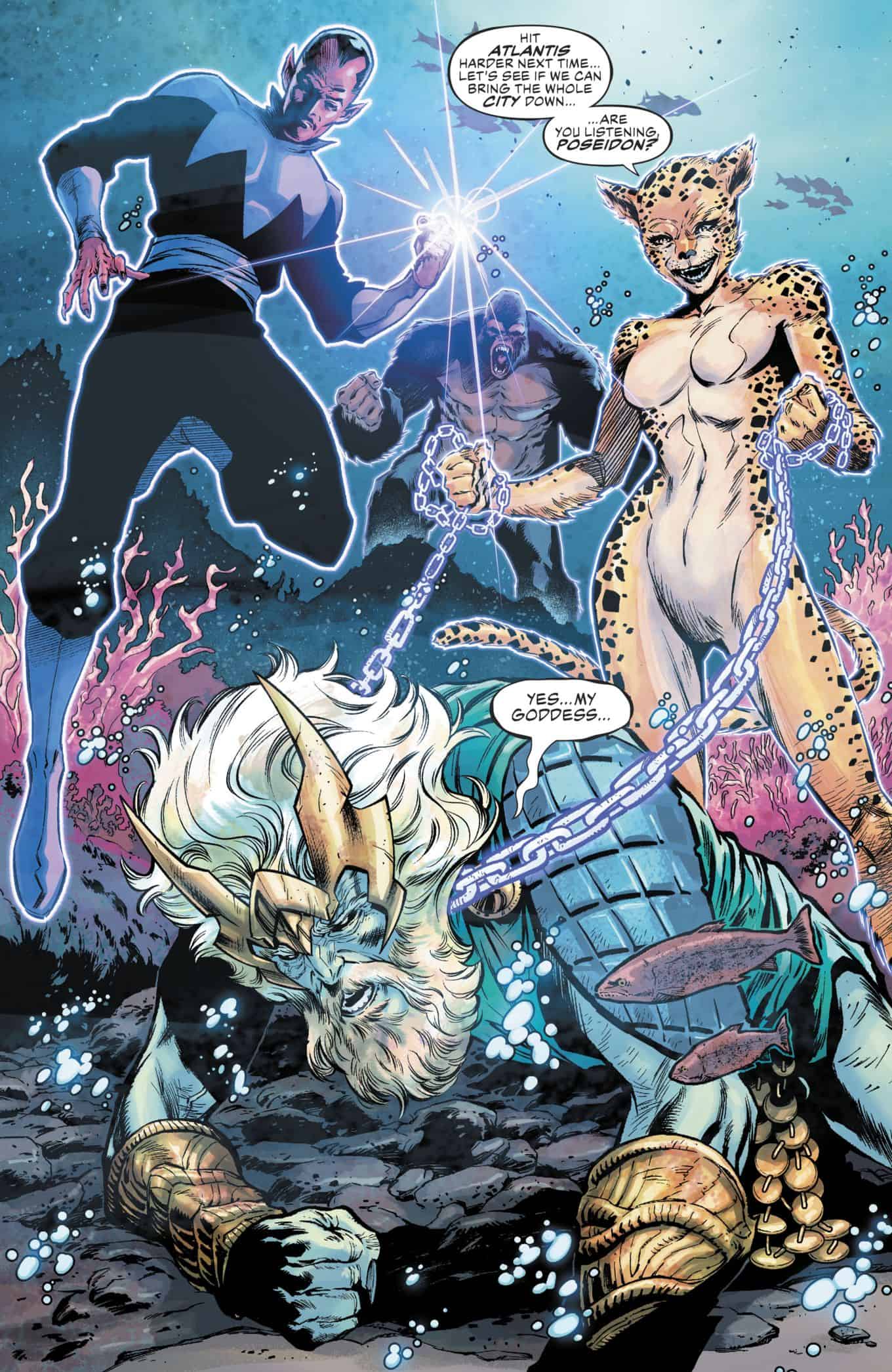 …Vandal Savage and his Legionnaires Club enter the fray with the JSA, Justice League and Aquaman in ye olde Atlantis. 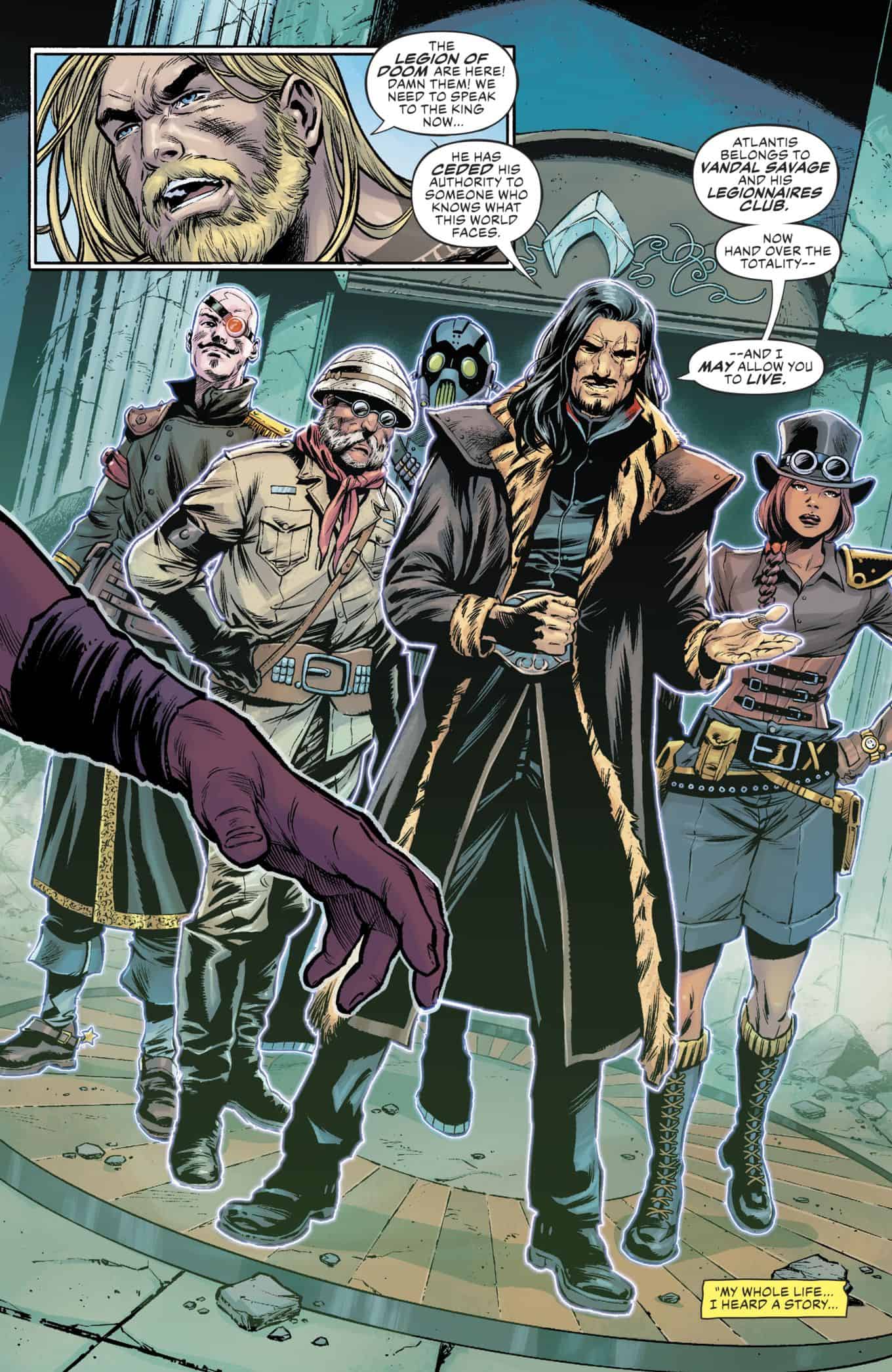 The book ends in a different future with a recap of the stakes in the past, present and future… 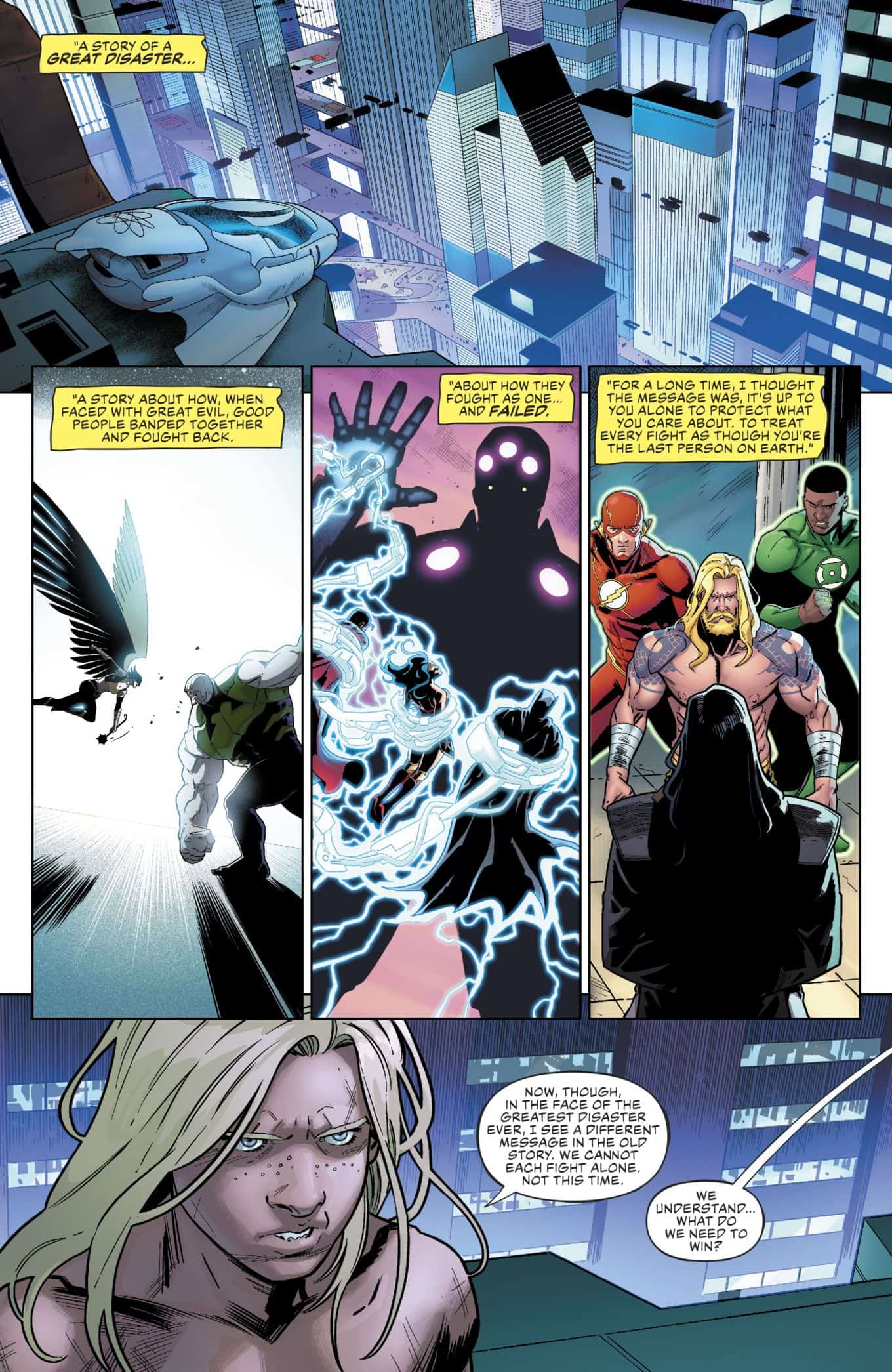 …and Batman Beyond and the Justice League Beyond entering the picture. 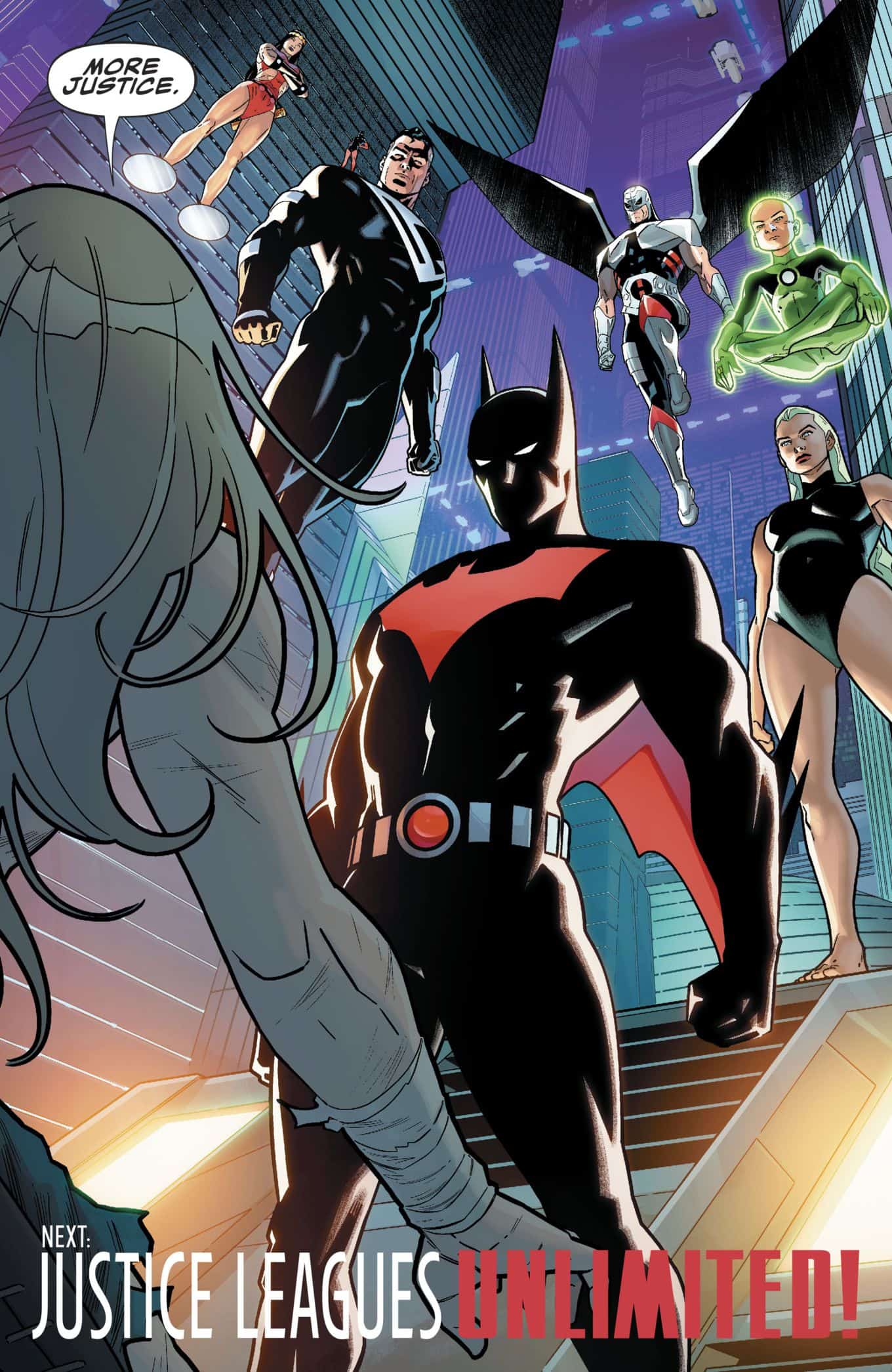 Next up is Justice League #34.

A dense issue with lots of drama and action with the high stakes felt. Great art. 8 out of 10.