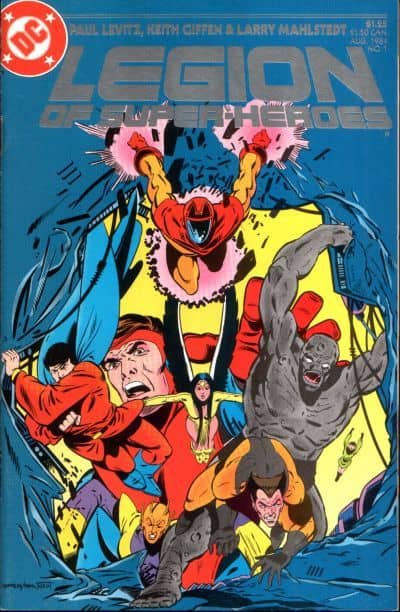 In the mid-80s, DC started to experiment with better paper, and putting comics out through the direct market only.  They took one of their best-selling comics, The Legion of Super-Heroes, and gave it this format, and the difference in quality was striking.  The better paper really showed off the strong colours, and made the book feel even more special.

At the beginning, Paul Levitz and Keith Giffen continued their collaboration, which began with the Great Darkness Saga, and saw the Legion become a total powerhouse.  Their run, once Giffen began co-plotting, was exciting and groundbreaking, and juggled an absolutely massive team in such a way that every character got some important moments, just not every issue.

I didn’t start reading this book until around issue 45, so my memories of these issues came from hunting down back issues, and reading the series out of sequence.  I’m excited to see how they read in order for the first time. I know that Giffen didn’t stick around for long, but that gave space for some amazing other artists like Steve Lightle and Greg Laroque to put their stamp on the book, with regular returns by Giffen.

I’m excited to just get into these books. 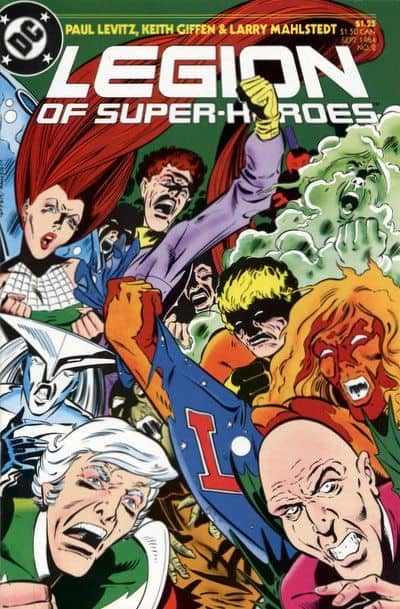 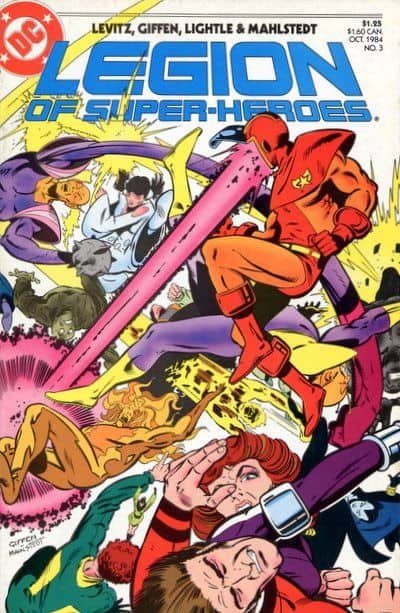 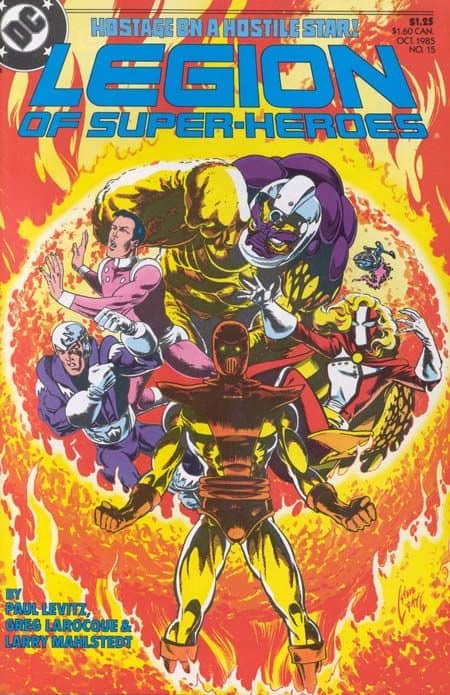 It feels like issue sixteen is the right place to end this column, as with issue seventeen, the series changed format slightly, doing away with ads and adding extra story pages.  Sixteen also marks the departure of Steve Lightle (although I think from the looks of this issue, inker Bob Smith had a lot to do here) from interiors, although he continued to draw gorgeous covers for a while.  Issue sixteen is also the point after which the reverberations of Crisis on Infinite Earths began to touch this series, necessitating some big changes to the Legion’s founding mythology, as Superboy gets written out of the DCU (more on that in the next column).

There’s a lot to say about just how good this series was.  The nicer format feels like a game changer, even from a contemporary perspective.  The paper feels nice and thick, and adds a lushness to Carl Gafford’s colours (how long was he on this book, anyway?).

The earliest issues, when the team was up against the Legion of Super-Villains, felt like they carried a lot of weight, and a sense of the unknown.  The death of Karate Kid and the departure of Projectra started the Legion on a downward trend, which only started to reverse itself at the end, with the induction of five new Legionnaires.  Along the way, we saw a little more conflict than before amongst teammates, and a few breakups.

One of the things that always made the Legion stand out is the eternal optimism of the series and team.  Sure, they are still dealing with the same kind of super-crime that their 20th century forebears had to deal with, not to mention the threat of invasion from the Khunds or other galactic powers and the weird preponderance of firebombings that happen on Earth, but at the end of the day, this book has always had a strong utopian vision at its core.  How else can a team of heroes barely out of their teens enact so much good in the world, while maintaining hectic social lives, and being celebrities to boot? As DC entered its first, earliest iteration of grim and gritty, the cracks do start to show a little, but at this point, Paul Levitz keeps the heroes committed to their mission and to supporting one another.  These breakups and other examples of personal strife begin as part of the journey to Giffen’s brilliant 5 Year Later version, which is still to come.

Levitz’s writing continues to be remarkable, as we see him find a place for almost every member of this massive cast.  We see Element Lad grow in confidence as a leader, and see the original founders pull away from the team in a very natural, organic way.  This run shows us Timber Wolf’s determination to honor his friend’s memory, Lightning Lass’s desire to chart her own path through life, and introduces so unprecedented non-human characters in Quislet and Tellus.  Brainiac 5 is a bit of a mystery to me during this run, mainly because he just doesn’t seem very smart to me. The inclusion of Sensor Girl on the team is interesting, as there has never been so mysterious a Legionnaire before.

Also during this time, Levitz gets rid of the Legion of Substitute Heroes, promoting Polar Boy to the main team, sending Night Girl off with Cosmic Boy, and generally just writing out all the rest.  It also looks like the Legion Academy is becoming less of a going concern, as most of its students don’t make the cut for team membership.

Levitz’s ability to plot out a storyline months or years in advance continues to impress here, as the mystery of who shot at Laurel Kent takes just about forever to come to fruition, and is linked to something that happened even earlier.  It’s such a joy to see a writer who has planned out multiple stories, and feels no big rush to finish them all. That is probably the aspect of comics from this era that I miss the most. 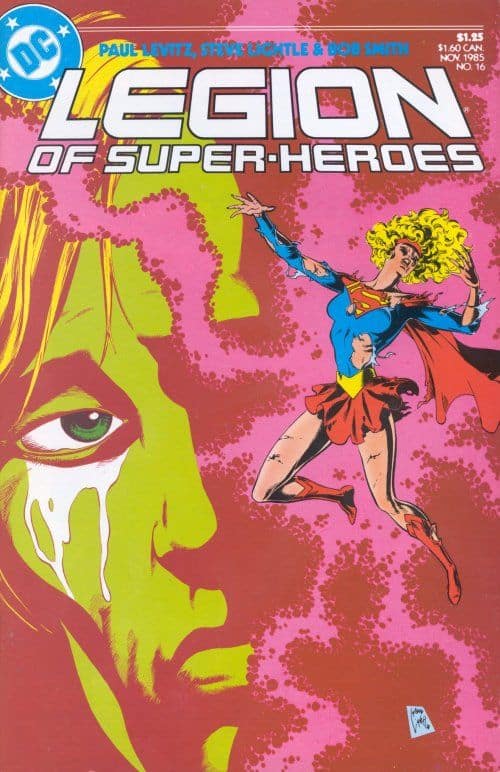 Artistically, this was an interesting run.  Like many fans, I’m sure, I was disappointed when Keith Giffen left the book (although, did he ever really leave? There are many places where I detect his layouts in odd camera angles or intense closeups on issues he isn’t credited for), but that didn’t last long when I saw how wonderful Steve Lightle’s art was.  His work is very detailed and clean, bringing to mind both George Perez and sometimes Jim Steranko. I’m not sure why he stopped doing interiors, but I’m glad he stayed on covers. Where Giffen was angling this book into darker territory, Lightle gave the book a lighter and cleaner look that matched the optimism inherent in the team.

It’s crazy to me that when Lightle left and LaRocque took over, that he stayed with the book for a good two years, including the issues that I finally stumbled over and that started my long-standing devotion to this team when I was eleven or so.  That’s next time (it’ll be a long one, I think), although I’ll probably be writing about the Legionnaires 3 and Cosmic Boy miniseries first, as I’m reading everything in chronological order.

If you’d like to read any of the stories I talk about here, you can follow these links for trade paperbacks that encompass some of these issues.
Legion of Super-Heroes: An Eye for an Eye