As the launch date for Disney+ (the Disney streaming service planning to go head to head with the likes of Netflix and Amazon) approaches, a lot of the focus is on some of the biggest movies that are going to be on the service. Advertisements for the service boast the Star Wars and Marvel titles that will be a part of the lineup, as well as all of the classic Disney animated films, that people remember from growing up. Recently, Disney+ released a massive list of titles that were scheduled to be available to stream on the launch date, November 12th, including the big blockbuster titles, as well as exclusive to the service movies like the live action remake of Lady and the Tramp, and TV shows like The Mandolorian set to take place in the Star Wars universe. However, in the pile of titles being announced, there are a few interesting movies and/or TV shows that might not be seen as selling points by the company, but are very much worth a look when your browsing through the content. Here, in chronological order, are ten potentially overlooked titles that are worth checking out. 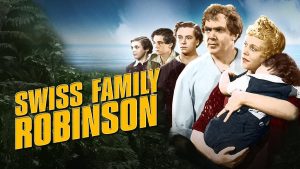 In 1940, the first feature length adaptation of the book The Swiss Family Robinson was released by RKO pictures. For that reason alone, this is a movie worth checking out, but it’s been one that’s been for audience to see in the past. At least part of the reason for that is because Walt Disney bought the rights to the film in 1960, when the Disney version of The Swiss Family Robinson was about to be released in an effort to suppress the former picture, perhaps in an effort to keep audiences from being confused. 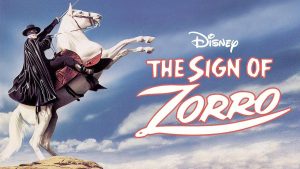 Though it initially only lasted for two seasons, Disney’s Zorro TV show was extremely popular during its initial rung and it was shown in syndication for years after, earning fans from multiple generations. Despite the show’s popularity, it’s not easy to watch Zorro today. The seasons were released on DVD in limited runs and now each season goes for hundreds of dollars on the second hand market.

What’s being released on Disney+ isn’t actually that TV show, but instead a theatrically released movie made up of the first eight episodes of the TV show. The movie was only ever released on VHS, so this will be the first time in a long time that most viewers will have access to any Zorro footage at all. Hopefully the movie being put out on Disney+ is a sign that eventually the entire series will be released on the service. 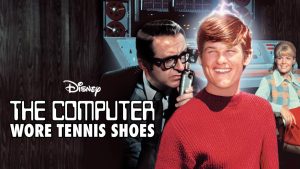 Kurt Russell isn’t a name that’s commonly associated with Walt Disney, for modern audiences who are more likely to know him for his R-rated movies like The Thing or Escape from New York, however as a child star Russell signed a ten picture deal with Walt Disney and was the studio’s highest grossing actor in 1970. In fact Walt Disney’s final words before he died were said to be the name “Kurt Russell” though nobody including Russell himself could tell you why.

The Computer Wore Tennis Shoes about a boy who accidentally gets a computer downloaded into his brain, is a good example of the broad, live action kind of comedy that Walt Disney Studios would find success with in that time period. This movie actually has two sequels both starring Kurt Russell though for some reason, the second movie (Now You See Him, Now You Don’t) isn’t on the service even though the third one is (The Strongest Man in the World) 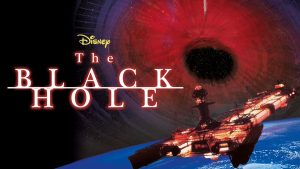 In 1977, Star Wars was released and changed movies as we knew it. All at once sci-fi, which was up until that point generally considered to be a lesser genre, often suffering lower budgets and more critical derision, was now the most in demand genre out there. Studios rushed into production anything that they thought might be their own version of Star Wars which lead to plenty of imitators over the next several years.

Of course, all of the Star Wars movies are now owned by Disney and destined for the streaming platform, but you can now also watch The Black Hole which was Disney’s attempt to create a disaster movie in the vein of The Poseidon Adventure set in Hollywood’s new favorite location, space. The Black Hole also had the added distinction of being the first ever Disney movie to be rated PG. 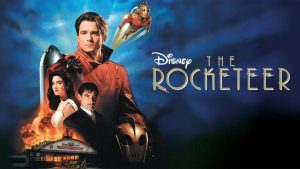 The superhero craze that’s dominating the movie industry today almost got its start in 1991. The Rocketeer has everything in it. With its perfect blend of action, comedy, and great effects work, The Rocketeer feels like it would fit right into the Marvel Cinematic Universe of today. It’s even directed by Joe Johnston who would later go on to direct the MCU’s first Captain America movie.

Unfortunately, The Rocketeer was released the week after Robin Hood: Prince of Thieves, and a week before Terminator 2: Judgement Day, and it was a casualty of the stuffed blockbuster summer only barely making back it’s budget. But time has been kind to this film, and it’s still incredibly watchable today. If you’re trying to make it to the next eventual Marvel release, this would be a great movie to tide you over. 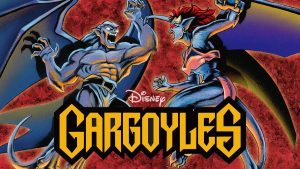 The “Disney Afternoon” programming block was a series of animated shows that aired in syndication in the early part of the 1990s. Many of the shows were updated versions of classic Disney characters including hits like DuckTales, Goof Troop, Chip ‘n Dale: Rescue Rangers, and TaleSpin. However, one show stood out from the others in the line up, and that show was Gargoyles. Known for its darker tone, and more complex story arcs, Gargoyles was seen as a successor to the noir inspired Batman: The Animated Series, instead of the lighter fair that surrounded it in the “Disney Afternoon” block.

Perhaps it was the more mature elements of the show that causes it to never find the same success as shows like DuckTales, but the shows small fanbase remain fiercely devoted to the show. A convention dedicated to the fans of the show ran from 1997 to 2009 called Gathering of the Gargoyles. This will be the first time that all three seasons of the show are available as the third season never received a DVD release. 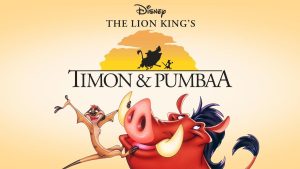 Another animated show that seems to have been largely forgotten about is the TV sequel to The Lion King focusing on the two side characters Timon and Pumbaa. This show takes place between the first two Lion King movies and even features the original voice actors of the two characters in some of the early episodes. (Nathan Lane who voiced Timon would eventually be replaced by Kevin Schon and later Quinton Flynn, but Earnie Sabella would remain the voice of Pumbaa throughout the entire series.)

While some of the show’s episodes have been released on DVD in Europe and Japan, this is the first time any of the show is available in the United States since it first aired and a handful of episodes were released on VHS. Also, all three Lion King movies are on Disney+ as well as the sequel series The Lion Guard meaning this is the first time ever you will be able to view the Lion King franchise in its entirety. 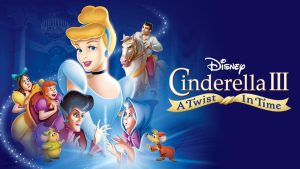 Disney’s line of direct to DVD sequels is fairly well known for not being very good. There are quite a few of them scheduled to be released on Disney+ and there will likely be a large group of people who sit down to watch a Disney sequel that they loved as a child but are watching for the first time in years, only to discover that it was never all that good to begin with.

However, in a list of hidden gems, Cinderella III is actually one that is interesting enough to be worth watching. Using time travel as a plot device, Cinderella III is set in an alternate timeline where the glass slipper fits one of the stepsisters. It’s an outlandish premise, but one that’s willing to take you along for the ride if you let it. You can be forgiven for skipping out on Disney sequels assuming that they were all just shameless cash grabs. They were shameless cash grabs of course, but this is one that happened to be quite entertaining as well. 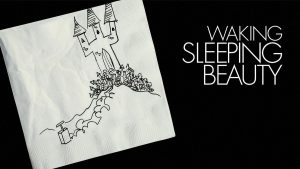 The Disney Renaissance (The time period approximately between 1989 and 1994) holds a special place in the hearts of many Disney fans. It’s an era where Disney released four of their undisputed classics from, The Little Mermaid, to Beauty and the Beast, to Aladdin, to The Lion King. It was a time period of Disney re-establishing themselves as the premier destination for animated classics, and this documentary chronicles those years as Walt Disney Animation pulls themselves up to create an era of filmmaking truly worthy of the title Renaissance.

Of course this is a documentary by Disney about how good Disney is, so you can’t expect an unbiased view of everything. Still getting to see so much behind the scenes footage of one of Disney’s most important creative periods is well worth it. 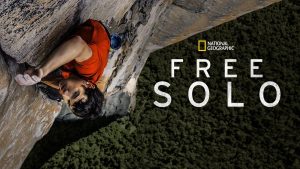 When the Disney+ Logo shows up in advertisements a slew of smaller logos appear below it to indicate some of the content that’s on the service. While the Pixar, Star Wars, and Marvel logos indicate content that most people know about, there’s also a logo for National Geographic. Scrolling through the announcements, there seems to be a ton of nature documentaries from National Geographic on the service that is well worth checking out, but to highlight just one, Free Solo is a documentary that came out last year about rock climbing.

Of course by rock climbing, we’re talking about free solo climbing, which is climbing without the aid or safety of ropes, harnesses, or anything other than the climber’s own strength. It’s a documentary with some nail-biting sequences and it’s easy to see how this was the winner of the Oscar for Best Documentary at the Academy Awards this year.