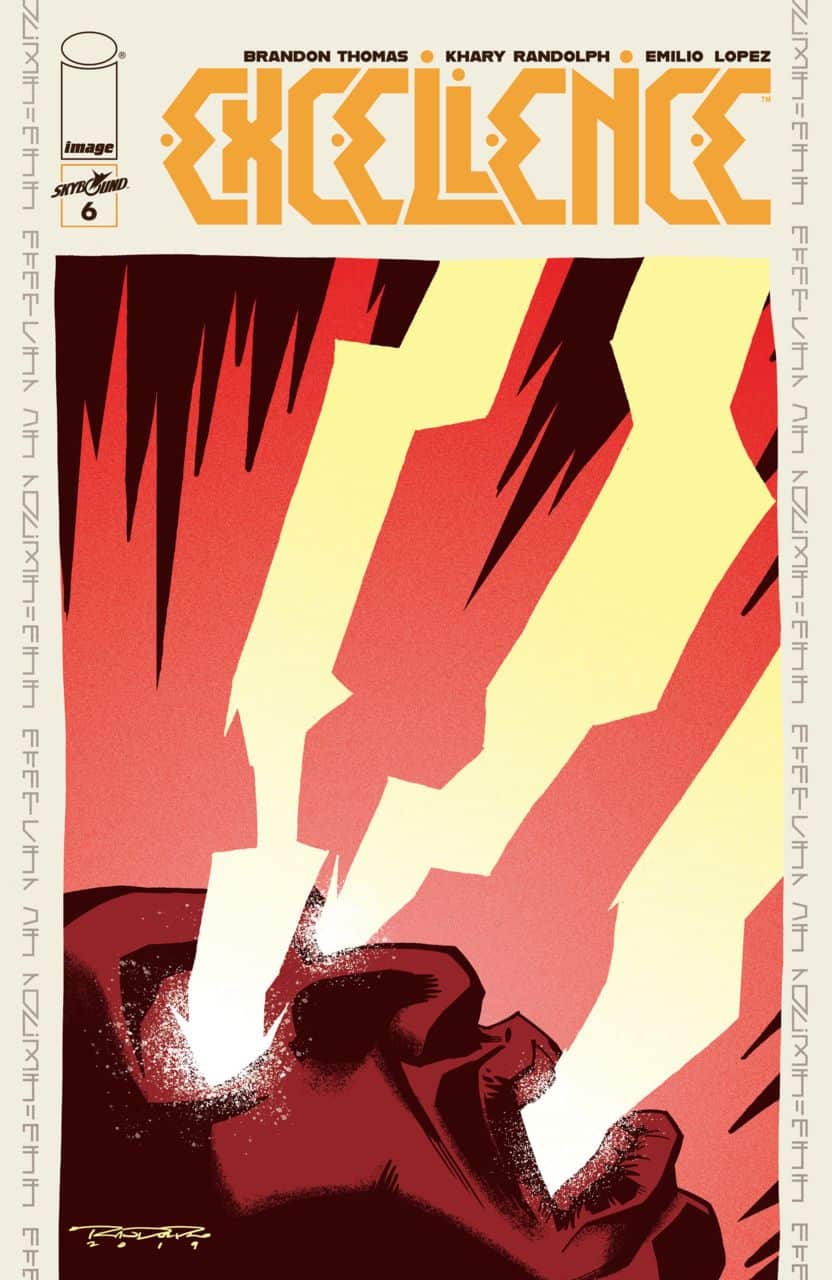 Excellence #6 – This series continues to impress me with the amount of craft on display in it.  Brandon Thomas and Khary Randolph have created a world that’s unique in comics, and are using it to examine father/son relationships, power dynamics, and constructive uses of rage.  Spencer’s plan to take down the Aegis, the people or system in charge of controlling the families that control magic, is further along than expected, as is the development of his thinking about his father and his rival, Aaron.  We see him interact with both of these men, and this issue leaves the series in a different place. I don’t want to spoil anything, but I do want to recommend that people check this series out. Thomas has created some very complex characters, and the intricacies of the relationships would make this title worth reading even without the magic and Randolph’s stunning visuals.  With those elements tossed in, this is one of the best new series of 2019. 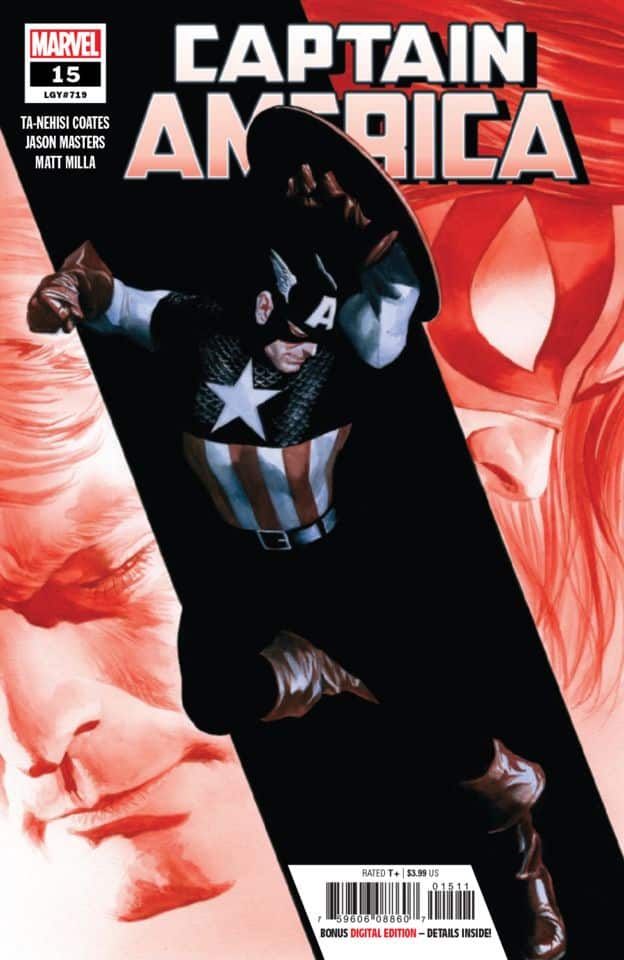 Captain America #15 – Cap gets sidelined in his current work when Bernie calls him about a good cop who was killed on the job, but it turns out to all be related.  There’s new tension growing between Cap and Sharon, and I’m starting to fear that this storyline is never going to get very far along. I like this title, but it’s pretty slow-moving.  I also can’t escape the feeling that Ta-Nehisi Coates would rather write about the Daughters of Liberty than Cap.

Gideon Falls #17 – Every page of this series has been visually impressive, but I’m starting to get a little bored.  Norton is with his sister now, while the priest is in the city with the psychologist, but it feels like we aren’t making a ton of progress in the story.  Jeff Lemire’s work has never been so decompressed. I’m sure this will all read better in large doses when it’s finished.

Guardians of the Galaxy #10 – If Rocket and Groot are going to rescue the rest of the Guardians from the Universal Church of Truth, they apparently need the help of the young Magus.  At the same time, Peter Quill has discovered that the Church is growing clones of Drax, which can’t be good for anyone. This series has been very enjoyable, and I’m really finding myself invested in Rocket’s progressive illness, much more than I thought I’d be.

Journey to Star Wars: The Rise of Skywalker – Allegiance #2 – I find myself enjoying Ethan Sacks’s lead-up to the next Star Wars movie more than I thought I would, even if he is relying on too many Star Wars tropes to get us there.  I’d think by this point, everyone would just expect someone to betray them all the time, since it happens with such regularity when our heroes go someplace new. I also find it interesting how Sacks is being so vague with the number of Resistance fighters left, but isn’t too afraid to kill some more off.  I know the next movie is going to be a disappointment, but there’s a part of me that is still getting excited by all this.

The Killers #4 – We’re getting close to the end of B. Clay Moore’s series, featuring most of Ninjak’s predecessors.  It’s been cool to see all these different characters, but most of them are hard to like or care about. I’d had higher hopes for this series.

Once & Future #3 – Kieron Gillen and Dan Mora’s intergenerational story about myth and ass-kicking grandmothers is finally starting to draw me in more.  I’ve been a little confused by all the hype, and am still not really feeling Mora’s art that much, but Gillen has started to add some more interesting aspects to this story, such as the power of story itself.  I like that the grandson’s date in the first issue is used as proof that story design is influencing events. Gillen is at his best when he’s being meta, so that is a plus.

Psi-Lords #5 – This series is continuing to grow on me, even as I find it getting a little more confusing, with its talk of godhood being a virus.  Fred Van Lente is usually much more direct in getting readers to buy into his work, but this time around he’s taken a longer road. I’m finally starting to like these characters, and find the situation interesting.  Aside from a couple places where I found the action hard to follow, Renato Guedes’s new art style is growing on me too.

Trees: Three Fates #2 – I love how Warren Ellis can use the world of Trees – one where gigantic alien structures have planted themselves all over the Earth, but have done nothing since – to tell all sorts of different stories.  This one is set in a remote Russian town, where the murder of an outsider has taken place, and the local police are basically unable to proceed. We know that the woman who runs the train station is behind things, but have no idea what’s going on yet.  Ellis is very good at this type of story, and Jason Howard has been proven to be a good partner for him.

Vampirella #4 – I am completely enamored with Priest’s take on Vampirella.  I love the framing construct of having her speaking to a therapist, and this issue reveals how her existence became known to the general public.  We get to know some of her friends a little better, and see her behave in ways that are new to both her and us. The art, by Ergün Gündüz, is gorgeous.  One of my favourite things about Priest’s writing is that he constructs complex long-game storylines, and with the jumping around we’ve already seen in this comic, I suspect he plans on sticking with this title for a while.  The textpage in this comic mentions that this title is the most successful ongoing Dynamite Entertainment has ever had. I want to be clear, the only reason I’m reading this book, or even took a glance at it, is because Priest is writing it.

X-Men #1 – There’s a lot to digest in this first issue of the X-Men flagship title.  Cyclops has moved into a Krakoan habitat on the moon (that’s got a portal directly connected to the island, so he kind of also lives there), where he lives with his family, that somehow includes Logan, sleeping in a room that is adjacent to Jean’s, and also includes Vulcan, who has become a bit of a comic relief character.  The Orchis people continue to scheme against the X-Men, and mutantkind in general, while Magneto enjoys celebrity status in the Krakoan community. Jonathan Hickman is making massive changes to this book and these characters, and will need a lot more time and space to explore the new status quo. I think we are off to a good start here, although I’m not convinced the Leinil Francis Yu is the artist for a book as complicated as this one is going to be (he’s not the best at massive ensembles).  There’s not a lot of action in this issue, but I’m still pretty intrigued with what Hickman’s up to, and find it interesting that neither Xavier nor Moira show up at all.

Black Panther and the Agents of Wakanda #2 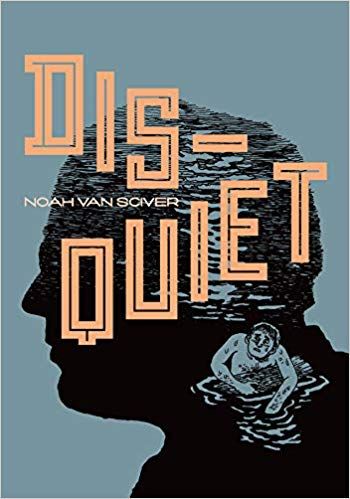 Disquiet – This collection of short comic strips by Noah Van Sciver nicely showcases the variety of his talents, as we get introspective stories about young people struggling to make it in the world, intercut with odd historical moments, like the mob attack on an abolitionist printing press.  I always enjoy Van Sciver’s work, and so I liked this.

Outpost Zero Vol. 1: The Smallest Town in the Universe – The first issue of Outpost Zero was published in an issue of The Walking Dead (man, I miss that book), and it caught my eye, and got me to eventually get the first trade.  A very small outpost of humanity exists on an icy planet, and has been there now for more than a century. It was conceived as part of a larger spreading out of humanity across the universe, only there were problems, and the genship crashed in an unplanned place, and all contact with other humans was lost.  This story centres around a group of young teens, who are reaching the age of fourteen – the time when they are expected to join in the work of keeping the colony afloat. One of the teens commits suicide early on, by leaving the outpost and freezing in the ice just as a storm hits. His friends don’t believe this could have happened, and begin to investigate in their own way.  Although this volume only holds four issues of the series, it covers a lot of ground, introducing the characters, and firmly establishing the politics of life in the outpost, as well as making clear just how precarious life there is, despite everyone living in comfortable suburban-style homes. It’s been a long time since I’ve read a comic by Sean McKeever, and I like this a lot more than his previous work.  Alexandre Tefenkgi’s art is nothing too spectacular, but works for this title. I’d like to read the subsequent volumes, so I’m going to be on the hunt for this now.