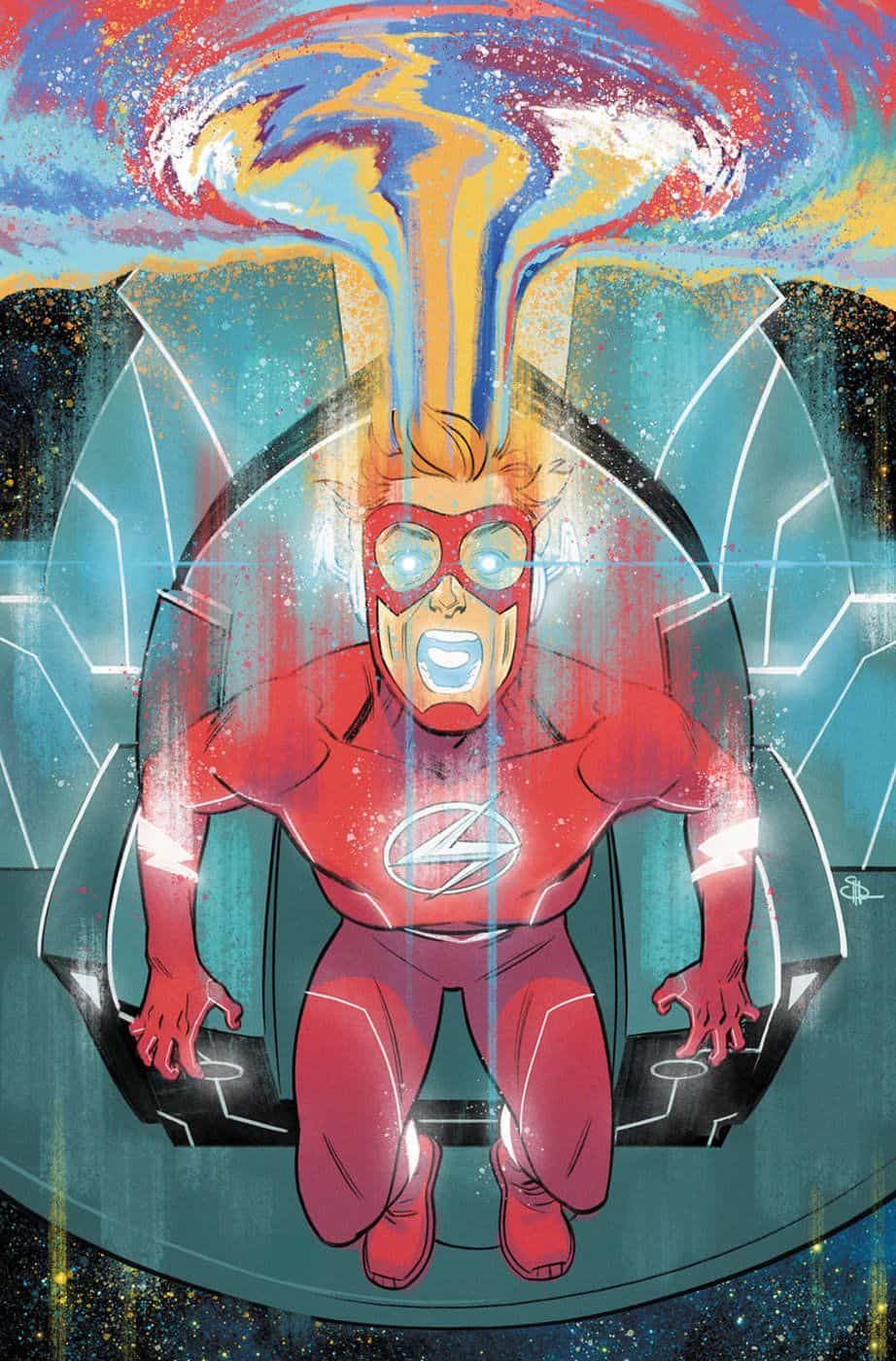 Wally West has gotten to the heart of his mission to save the Multiverse…and the heart he found was his own. When it’s discovered that the dark multiversal world that’s threatening all of existence is the world in which Wally’s children are alive, our hero must overcome his greatest fears, regrets, and anger to do what’s right. But what’s right is the hardest thing anyone would ever imagine doing…letting go. 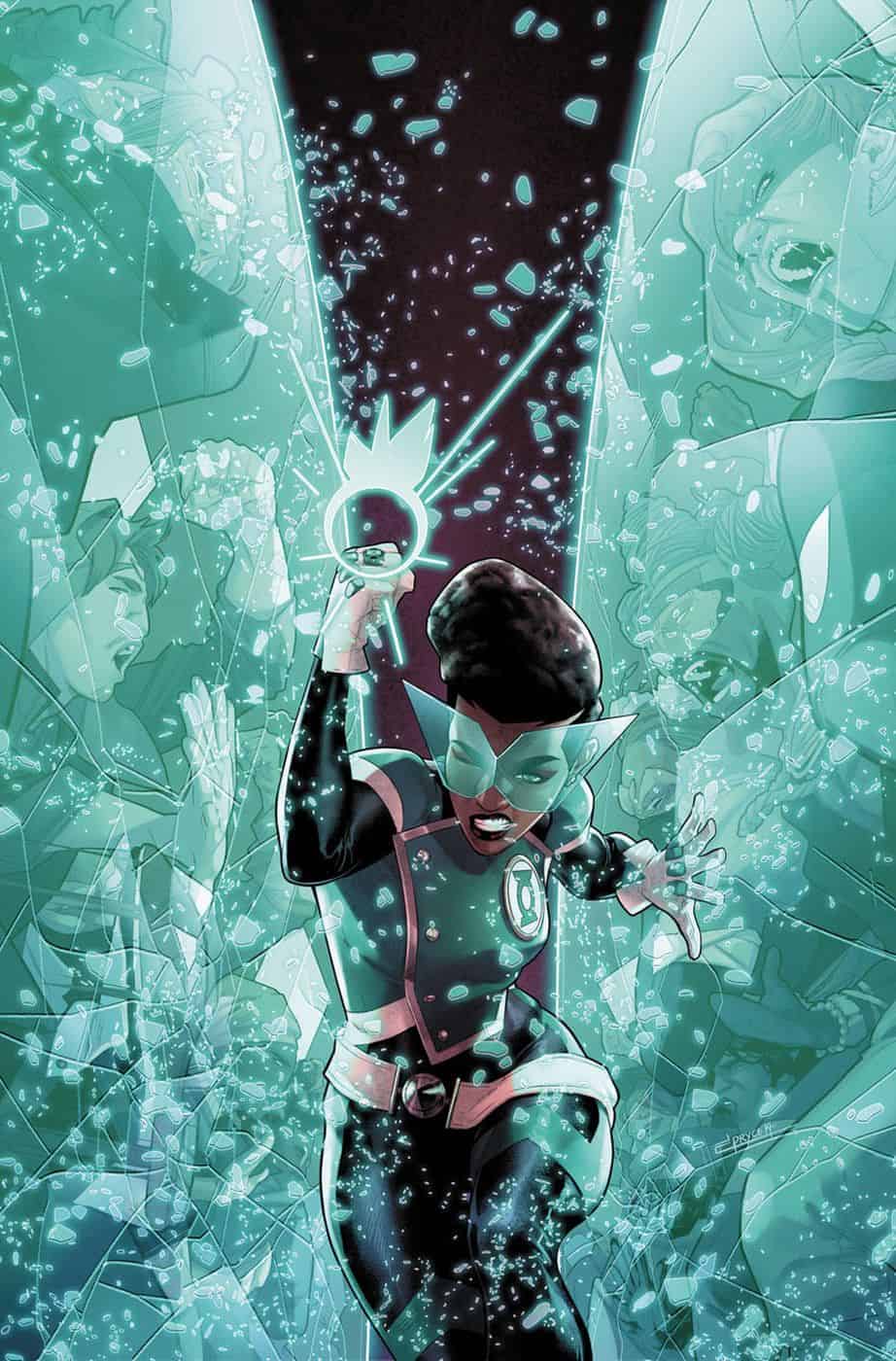 Protecting the City Enduring’s population of 20 billion aliens gets even harder when rookie Green Lantern Jo Mulein is thrust into the middle of a massive protest that’s about to get out of hand. What do the protesters want? The right to feel. 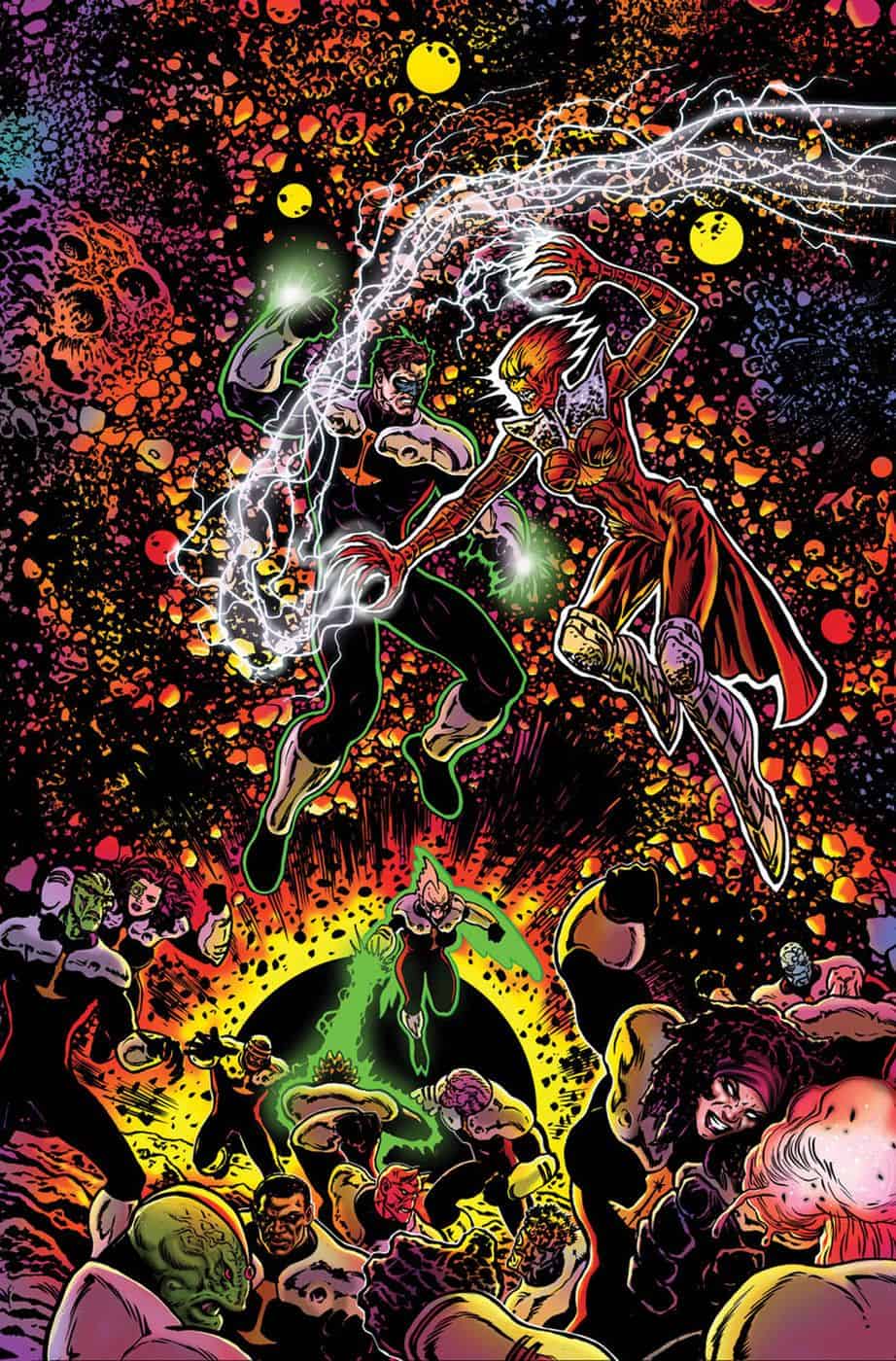 The epic conclusion to this twisted rewrite of DC Universe history! Will Hal Jordan and his fascist band of Blackstars sublimate the entire universe to the diamond will of Controller Mu? Can the timeline ever be restored before more of Earth’s heroes perish?

Being a superhero often means layers of identities. For Ric Grayson, he once had a life as a sidekick to Batman, a life he forgot when a terrible gunshot wound erased his memories. When his long lost grand-father, who is also a super-assassin called Talon, returned to his life and implanted false memories into his brain, that added another layer. Now, with Talon vanquished, Ric Grayson has to shake loose the truth. Is he the man he has created for himself, or is there still some of the old Nightwing lurking around inside his head? Even if he wanted to, could Ric be Nightwing again when four other people have put on the mask and picked up where he left off? Whichever it is, Talon made a mess of his current life, and now Ric has to start putting it all back together.

After the absolute carnage of Suicide Squad #1, a new Task Force X has been assembled—even before the bodies of teammates and friends have had a chance to cool! What’s left standing may be the most capable and uncompromising Suicide Squad ever brought together. But it’s also the most divided. Forced to fulfill the agenda of a cruel new taskmaster, this Squad might survive their next mission, but they may not survive each other.

“The One Where Bizarro Screws Up Time” part two! The Terrifics have traveled to the very beginning of time to put an end to Bizarro’s reign of clock-clashing terror! But who are the mysterious angels helping Ms. Terrific navigate the void? And who are adklj;askjwe! Hey, Bizarro…writing solicit text is my job! Hey, stop it! What are you—ow! BIZARRO AM #1. MY VILLAINOUS ADVENTURES WILL BE IN BOOK FOREVER! ME DISLIKE CHEESE AND LOVE SUPERMAN. BIZARRO OUT.

Colonel 86—the malfunctioning supercomputer that still thinks it’s 1986—has taken over the world! As its obsolete memory creates one disaster after another, the Wonder Twins must team up with Filo and Polly Math to stop it!

It’s an epic Wonder Comics crossover: Naomi, the Wonder Twins, and Young Justice all come together for the first time to confront the secrets behind the entire first year of the teen team’s series. Where did Connor Kent come from? Why does Bart Allen remember everyone but no one else does? How does it all connect to Jinny Hex’s trunk? It’s a Wonder Comics blockbuster!

Finally, here’s a further tease of what’s to come in YJ by the writer.