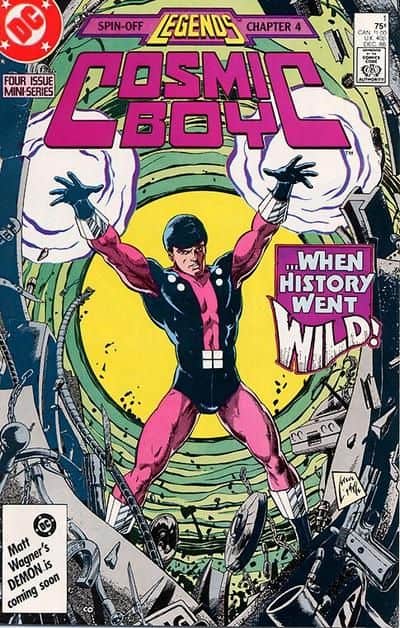 Spoilers (from thirty-two to thirty-three years ago)

After the Crisis on Infinite Earths, DC had to figure out how they were going to reset their universe’s history.  The Crisis was a soft reboot, with series continuing with their numbering for the most part, but now having to integrate characters from previous dimensions.  One clear example is how the Justice Society of America, which once resided on Earth 2, now had to both inspire the Justice League, and exist independent of tentpole characters like Superman, Batman, and Wonder Woman, who were originally on that team.  This was done through some creative retconning, such as having Hippolyta, Wonder Woman’s mother, serve on the JSA, while Black Canary became a founding Justice Leaguer instead of Diana.

Similarly, there were issues for the Legion of Super-Heroes, who at their founding, cited Superboy as their main inspiration, and later welcomed him (and Supergirl) onto the team.  Post Crisis, Superman had never been Superboy, thereby making a mess of the Legion’s history.

One way in which DC started to make sense of things, and launched their new approach, was through a miniseries called Legends, by Len Wein, John Ostrander, and John Byrne.  This series debuted the new Suicide Squad, and reformed the Justice League (I think – it’s been decades since I’ve read it). Strangely, it also featured the Legionnaire Cosmic Boy in the 20th Century, where he went for a vacation (shown in Legion of Super-Heroes Vol. 3 #23).

Cosmic Boy was also given a four-issue miniseries that tied in to Legends (the first issue is labelled ‘spin-off chapter 4’).  Prior to this coming out, Cosmic Boy and his girlfriend, Night Girl, took a vacation from the Legion, and decided to travel to the 20th century, as it’s a favourite of CB, who is a history buff.  I’ve been working my way through my stacks of Legion comics, and you can read about those starting here.

I bought this series at some point after it came out, when I fell in love with the Legion, but I really don’t remember a thing about it, past the great Steve Lightle covers.  Let’s revisit it together. 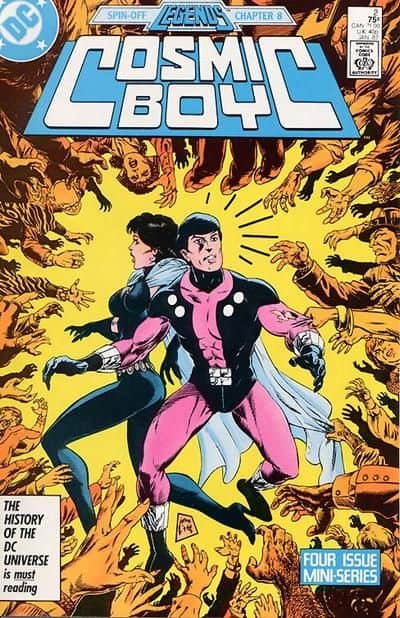 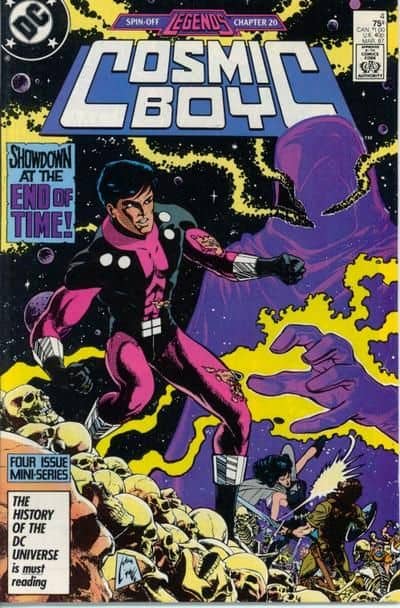 This was not what I expected nor what I remembered.  Really, I’m not sure why DC, Levitz, Giffen, or the others would have decided to make this series.  Cosmic Boy’s involvement in Legends was tangential at best, and each issue was poorly connected to the others.  Issue one showed us that history had changed, but then issue two was more involved in Rokk helping his ancestor.  Issue three was about Rokk and Lydda getting home (with the help of that ancestor), and then the fourth issue was another Time Trapper comic in a secondary Legion tie-in title.

I found that nothing in this series felt consequential or particularly interesting, nor did it add anything to either Rokk or Lydda’s characters.  We’ve known that Rokk is interested in history, specializing in the modern era of super heroes, so he is the right person to notice the changes to the timeline, but there are no answers provided here.  Rokk is a pretty generic hero, and Lydda, even worse, is a pretty generic girlfriend.

There are too many pages given over to reflecting what was happening in the Legends series, but beyond the first pages of the first issue, Rokk had no impact on those events.  While I’m still interested in revisiting that series, I can tell that it’s not essential to read the other tie-in chapters.

And then there’s the Time Trapper.  The entire Legionnaires 3 series, which I wrote about here, was structured around him messing with Lightning Lad, and now he’s doing the same to Cosmic Boy.  The notion of moving the end of time through all eras doesn’t make a lot of sense to me, and the Trapper himself is a mystery. He’s not a Kang, looking to conquer all eras, but neither is he a cosmic figure like an Eternity; instead, he seems to be a madman who just wants to wreck stuff, and has the power to do it.

This is the era when Paul Levitz spent years setting up stories, and I remember him working the Trapper’s storyline through issue fifty or so of the Legion’s main title (still about two years away at this point), after the Superboy stuff gets addressed in issues 36 and 37.  In that way, I admire how the events of the last issue would resonate for a while, but that could have been accomplished in a one-shot just as well.