Superman, Batman and Wonder Woman Vs. Legion Of Doom… 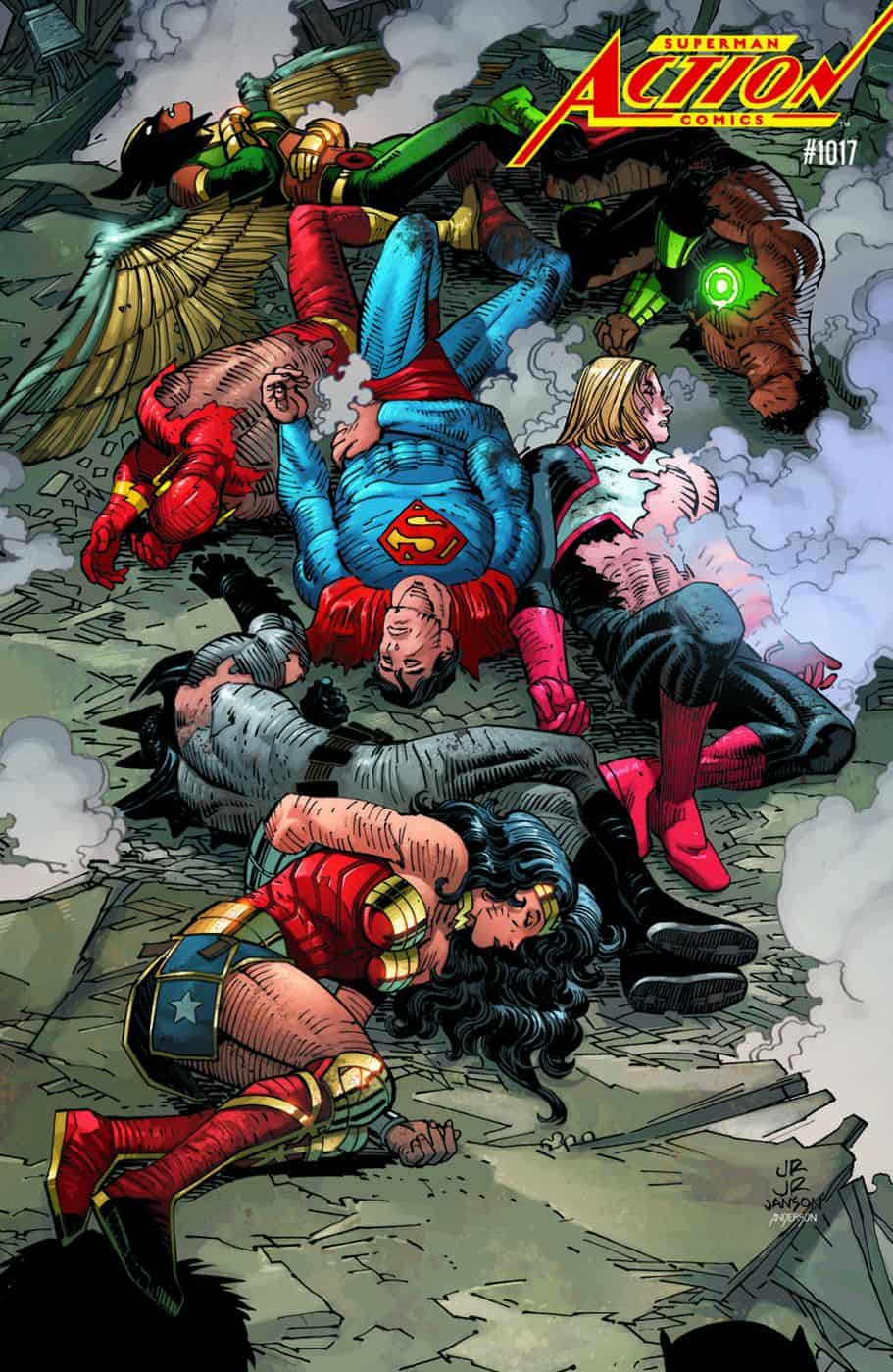 …During Leviathan and Invisible Mafia War?! 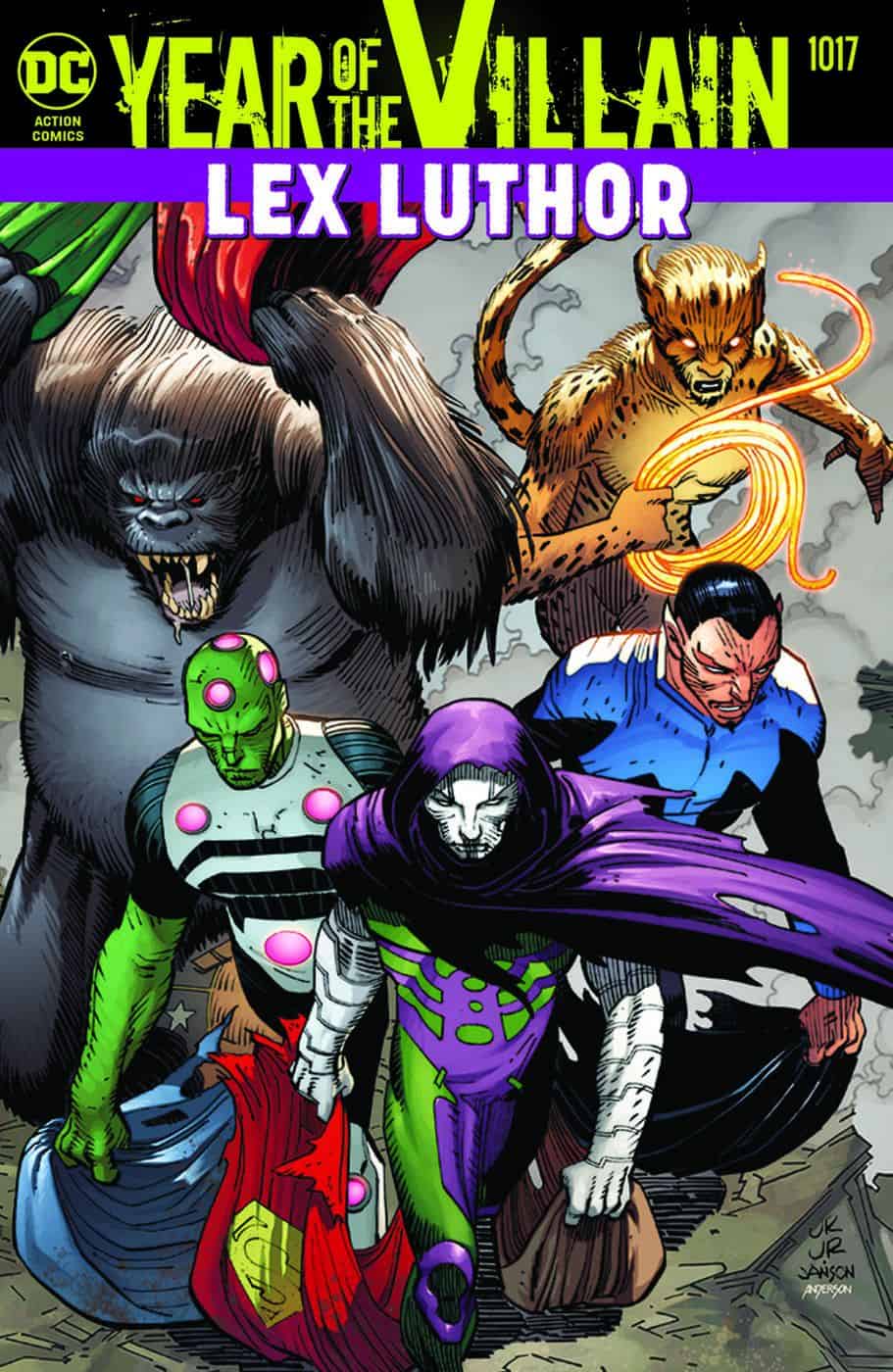 The opening pages, and the covers to the issue, promise a battle with the Legion of Doom. 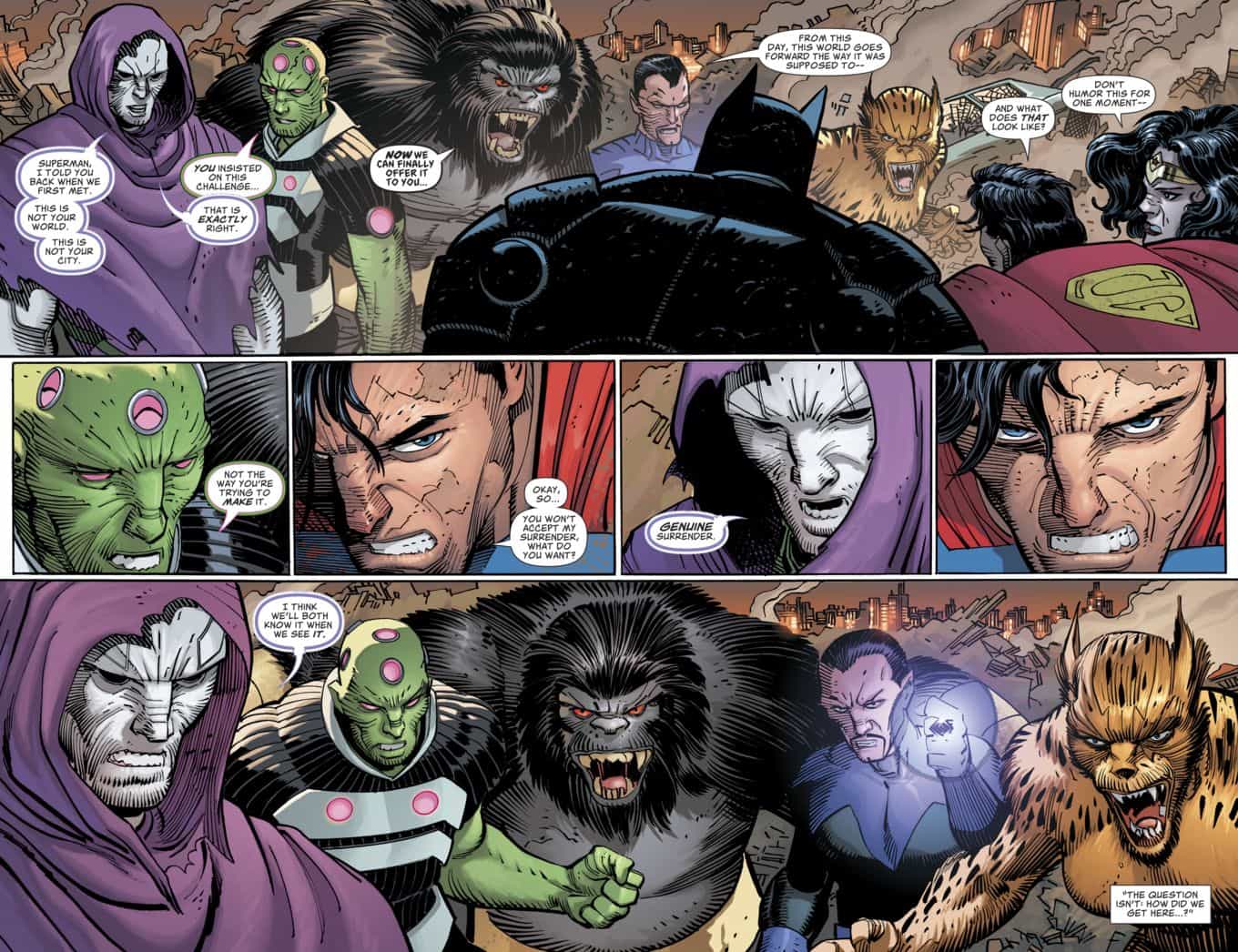 However, what we get is a day in the life of Clark Kent at the Daily Planet struggling to avert disasters and threats while keeping his Superman persona and secret identity a secret from his colleagues; that includes Daily Planet’s owner Marisol Leone who is also secretly the head of the Invisible Mafia. 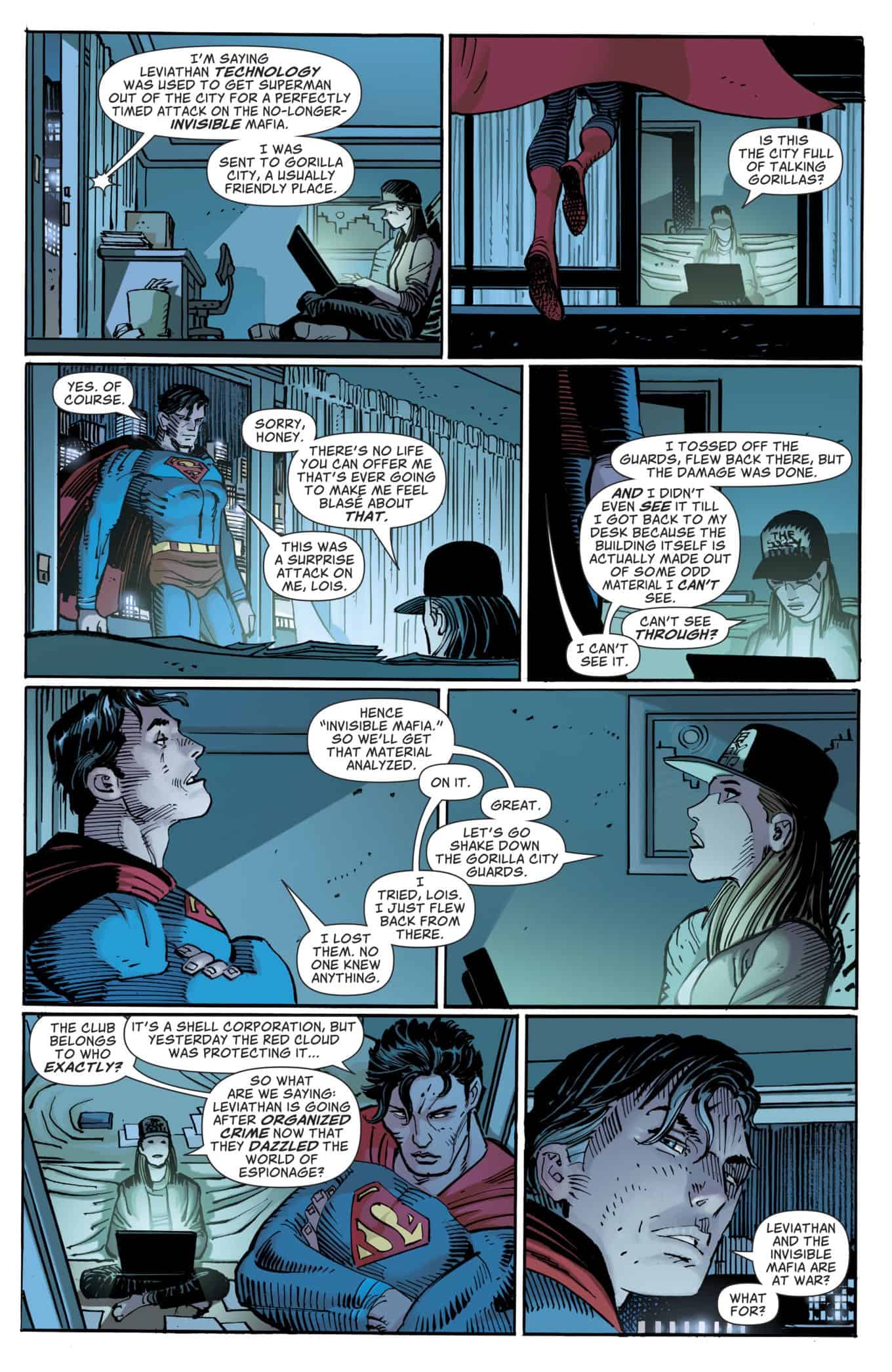 We learn that the Invisible Mafia and Leviathan are at war during Year of the Villain with Metropolis the battleground and Lex Luthor the prize? 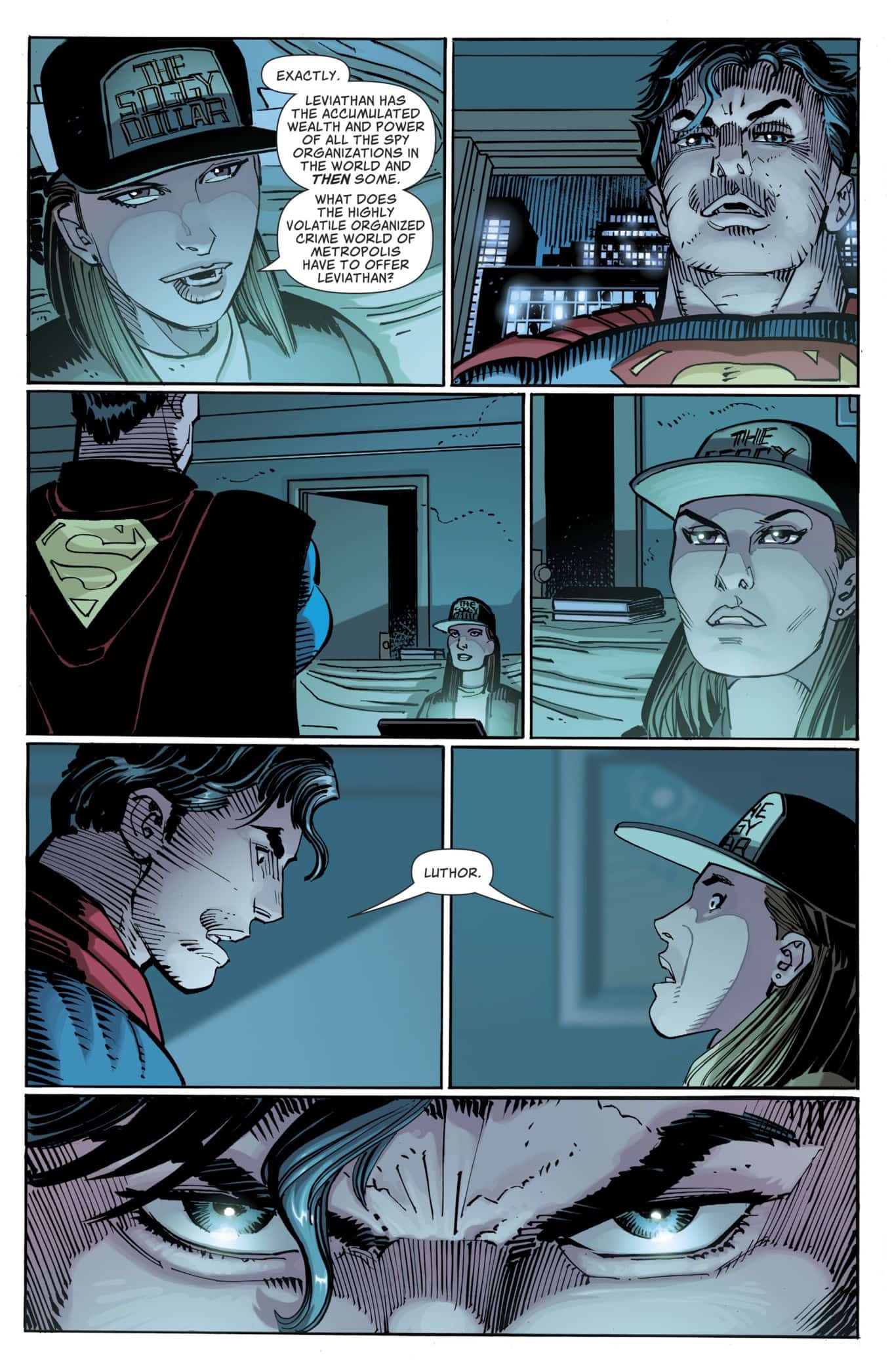 The book ends with the surviving members of the Justice League, Superman, Batman and Wonder Woman, engaging the Legion of Doom in battles; so I guess we get that fight next issue? 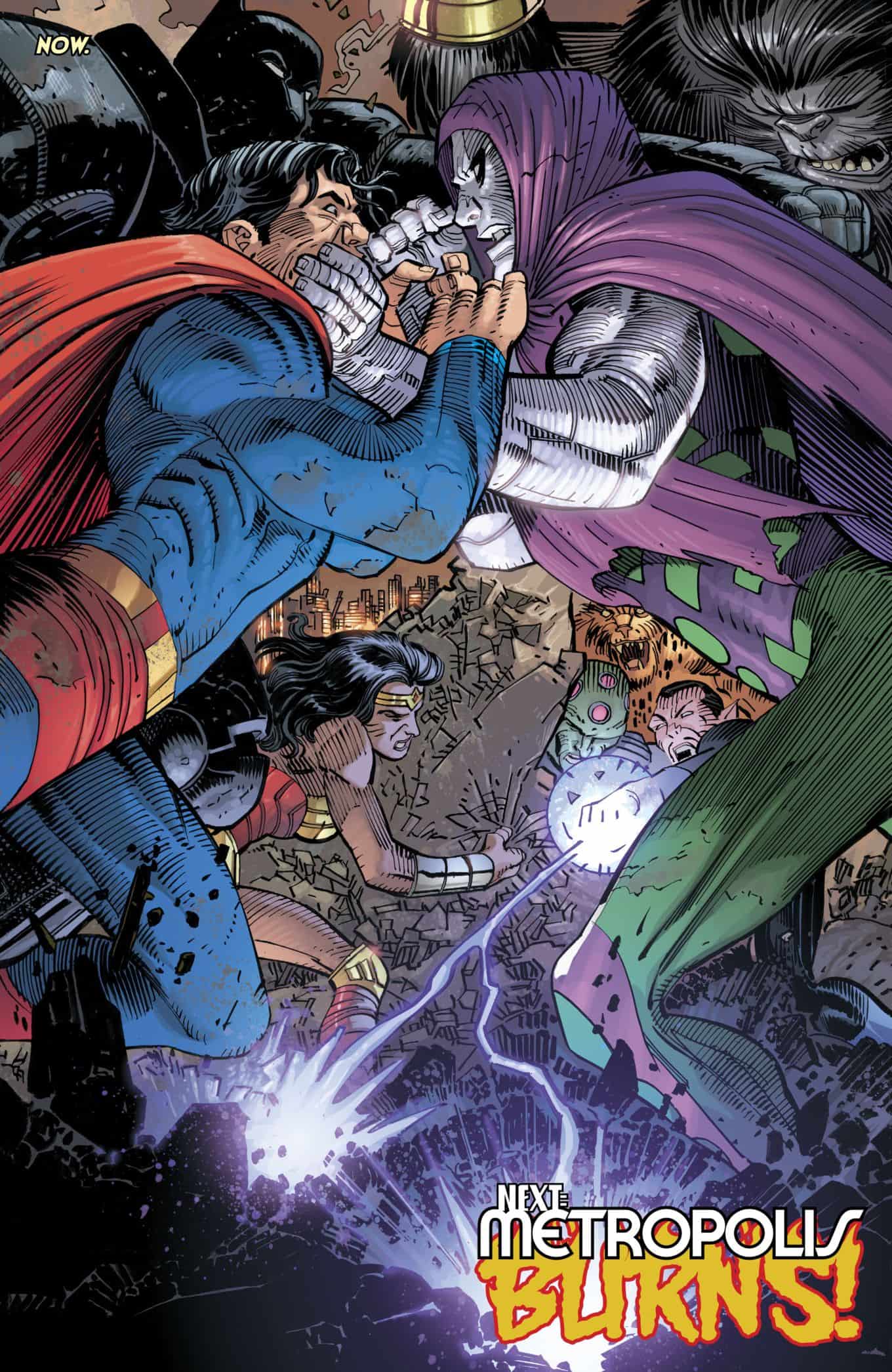 The final pages is the Daily Planet’s website news landing page and its top news from around DC. 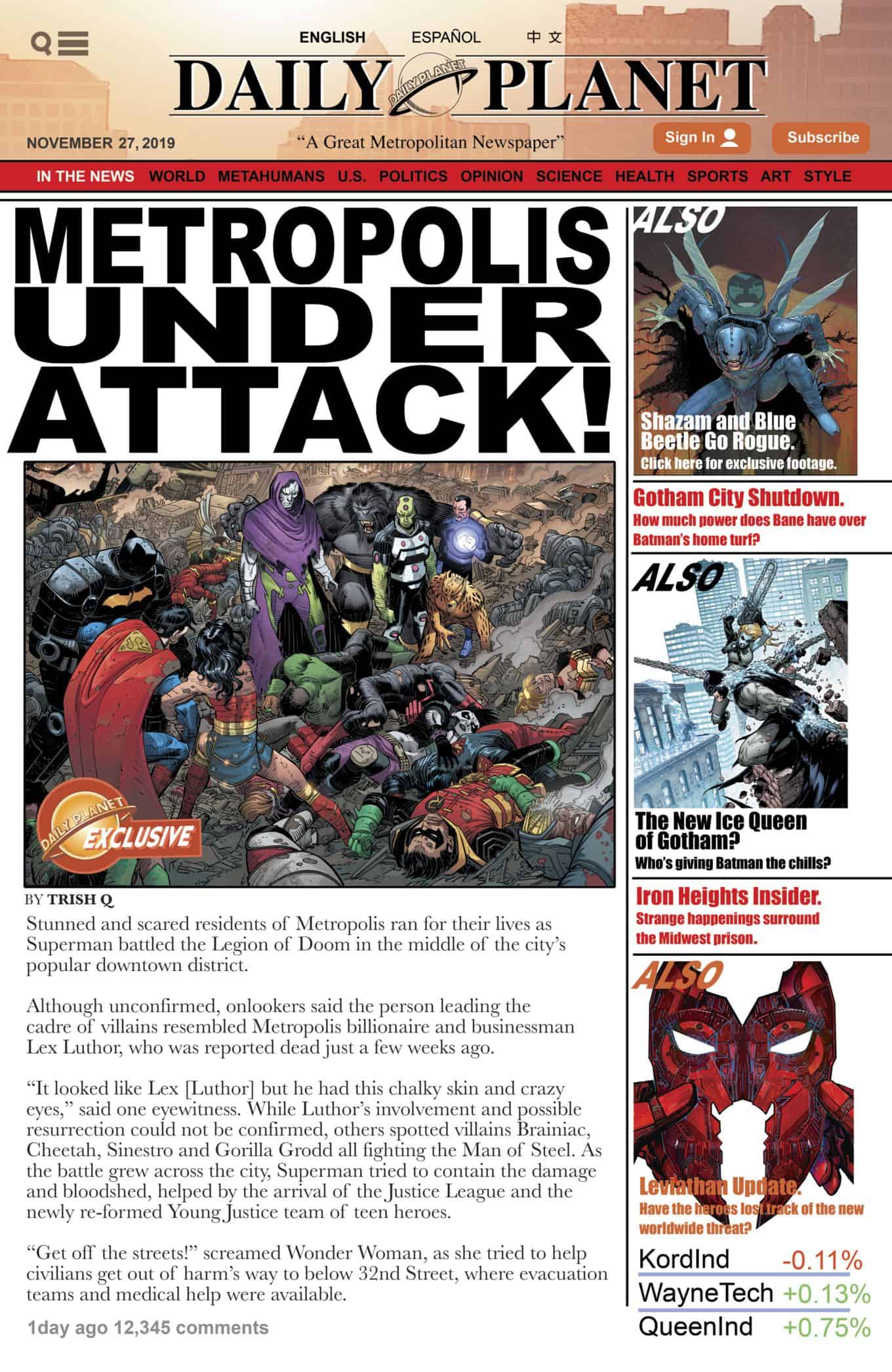 An ok issue on art, but the style is an acquired taste, with the promised battle with the Legion of Doom unfulfilled; cool new Batman armor though. 5 out of 10.