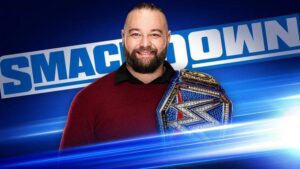 Looks like Bray Wyatt will be using the traditional WWE Universal Championship belt design, but blue now for the Smackdown brand.

Here are some more looks at the new strap.

The Fiend has sported the blue WWE Universal Championship belt. 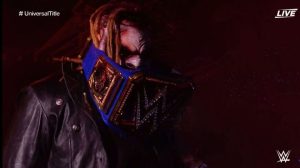 However, the Fiend has begun using this new version at house shows.

A version of this alternate WWE Universal strap is for sale now too on WWE.com for a very pretty penny.

A look at all 18 current WWE championship belts here. 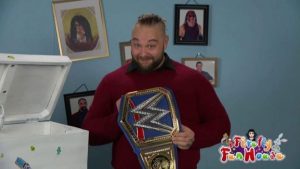 What do you think of this development?

More twists and turns on this week’s new Firefly Fun House on Friday?