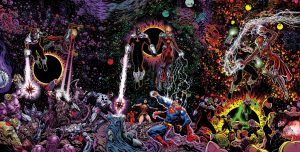 …The Rest Of The New Age Darkstars?