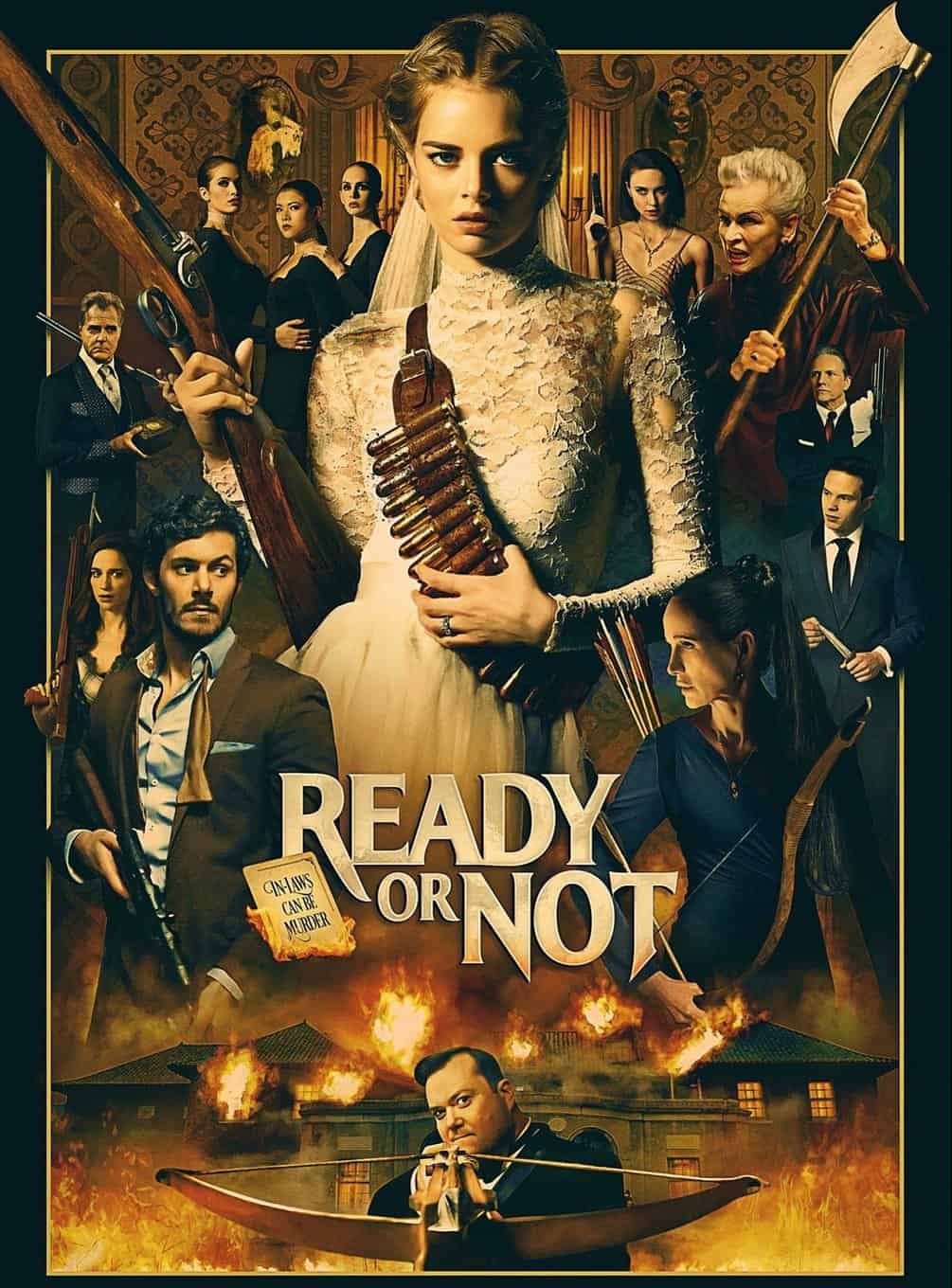 The one area of film that never ceases to be creative lately is horror. The indie scene is thriving with the costs of filmmaking dropping down considerably, of course, but the few horror films that make it to the big screen usually are either legacy films (Halloween, Child’s Play, et al) or are trying something new with old plot devices. Escape Room was that way earlier in the year and Ready or Not this summer was another interesting premise.

Grace (Samara Weaving) and Daniel (Adam Brody) are a newly married couple. His family has a weird tradition of playing a game the night of the wedding. There are many to choose from but the one Grace picks is a deadly version of hide and seek. Shenanigans ensue.

It’s certainly an interesting premise: a children’s game turns into a family massacre.

The rest of the film is a typical chase film; Grace has to survive the night while her in-laws hunt her down, people die, et al. It’s nothing that hasn’t been done before, of course, but surviving (and the backstory that slowly comes out) keeps it entertaining until the violent conclusion.

Ready or Not is a solid watch, a better rental than purchase.

Tags: Ready or Not