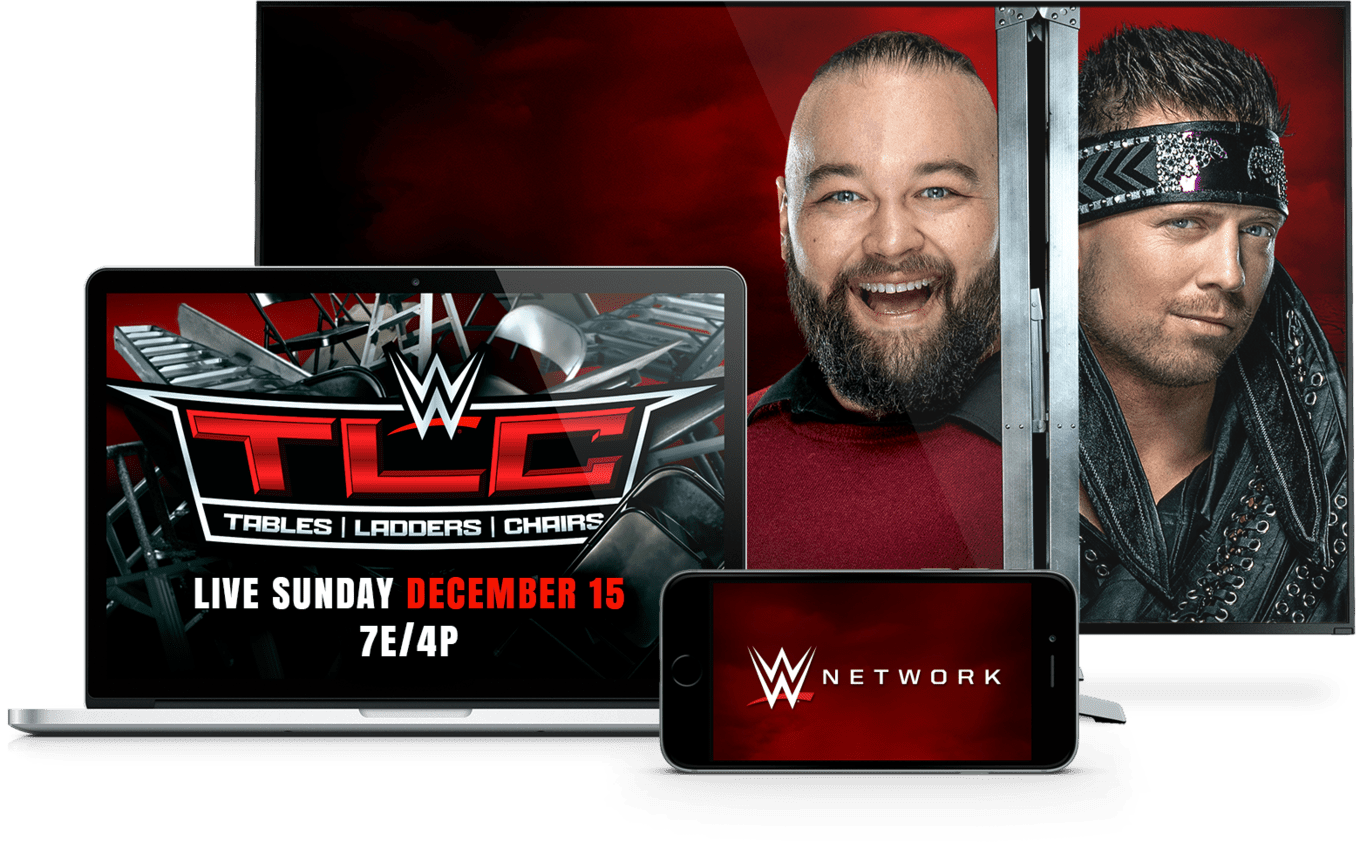 I missed the pre-show, so sorry if I missed anything really vitally important.

So, I had mixed feelings going into this. Let’s see how it went, shall we?

1) I thought the Bray Wyatt Firefly Funhouse opening was fantastic and different. Cool way to open.

2) New Day v The Revival: Smackdown Tag Team Titles, Ladder Match
Okay, let me just say this – Kingston is one of the most innovative wrestlers when it comes to using these bizarre objects wrestling today. This was a fun match, nothing too high risk but lots of cool-looking spots from all four guys. Great way to open the PPV. If anything, I’d only complain about a lack of blood. But that’s just me, I guess… Oh, New Day retained. Just.

3) Buddy Murphy v Aleister Black
Match of the night. And I’m not just saying that because I was there when Buddy wrestled his last match in South Australia before heading off to the greener pastures of the WWE. This was a good wrestling match. They were given the time to go for it, and they hit a lot harder than many of the other guys on the roster. Oh man, I would love to see these two form a tag team and then go and fight in AEW. This was a wrestling match. Not a flippy display, but a hard-hitting wrestling match… And now I’m repeating myself. Look, catch this one. Oh, and we got hardway blood! Black won with the black mass out of nowhere. Seriously, it’s becoming like the diamond cutter with this guy.

(Samoa Joe is the best commentator in WWE right now.)

(We recap the TV show on the PPV? Arse-backwards…)

4) The Viking Raiders v The O.C.: Raw Tag Team Titles Open Challenge
And the good match streak ends at 2. This was lousy. And it was not so much a match as a commercial for KFC with some wrestling thrown in for good measure. Hell, there was even a, “KFC!” chant at one stage. This was dull and ended in a double count-out. But it did work – I’m hungry for some KFC right now.

(Miz delivered one of his best promos. Made you believe him… almost.)

5) King Corbin v Roman Reigns
The last match was essentially dull. This match was bad. Corbin really does suck as a wrestler. And the TLC stipulation felt like a tacked-on afterthought. Ziggler and the Revival got involved, so it was 4-on-1, and then Corbin got the pin in a pretty anti-climactic way. Really crap.

6) The Miz v Bray Wyatt (not as The Fiend)
The pre-match video made this seem so damn cool! What a shame the match was crappy. Not Corbin/Reigns crappy, but not good. Basically, Miz killed Wyatt, and then suddenly, out of nowhere, Wyatt hit a sister Abigail on the outside and then one inside for the pin. Two moves was all it took to kill the Miz because he did not move for, like, 15 minutes. I will say this, though – not since Joseph Parks/Abyss has a wrestler portrayed two people at the same time so well and so differentiated. Oh, after the match, the best bit happened. The Fiend appeared on the Tron, Wyatt grabbed a circus clown’s mallet, the lights went funny and Daniel Bryan came out, looking like ROH Bryan Danielson and he attacked Wyatt until the lights went out and Wyatt was gone. And the crowd was so happy to see him and they all joined in with the “Yes!” chant.

7) Bobby Lashley v Rusev: Tables Match
And the string of crappy matches… continues. Sigh! They tried hard, but this was just not good. It felt disjointed and all over the shop. And kendo sticks were involved. Then the ending came when Lana attacked Rusev allowing Lashley to throw him through a table for the win. So… this continues? Please… no.

8) Backstage a huge brawl erupts with more intensity from all the people involved than the last four matches.

9) Becky Lynch & Charlotte Flair v The Kabuki Warriors: TLC Match, Women’s Tag Team Titles
The opening had too many botches and awkward moments, and the match itself had too many points when the stipulation of the match overwhelmed the common sense of going for the titles. Having said that, it did end the string of crappy matches and thank goodness this was the main event because it was a decent match and worth watching. The women really are wrestling like the men – taking insane bumps and doing stupid things to get over with the crowd. This match could have been so much better. It was quite good. It had the potential to be great.

10) And we finish the show straight after that match with the brawling men coming out from backstage to continue the fight in front of the paying crowd, ending with the most contrived spear ever.

So… the PPV was more miss than hit. 3 good matches, 4 crappy ones. They did pick the right main event for what it’s worth, but the crap really was total crap. What a way to end 2019…