Empyre Event Kicks Off With Nine Titles At Almost $50 With Avengers, Fantastic Four, X-Men, Amazing Spider-Man and More! Solicitations and cover below. 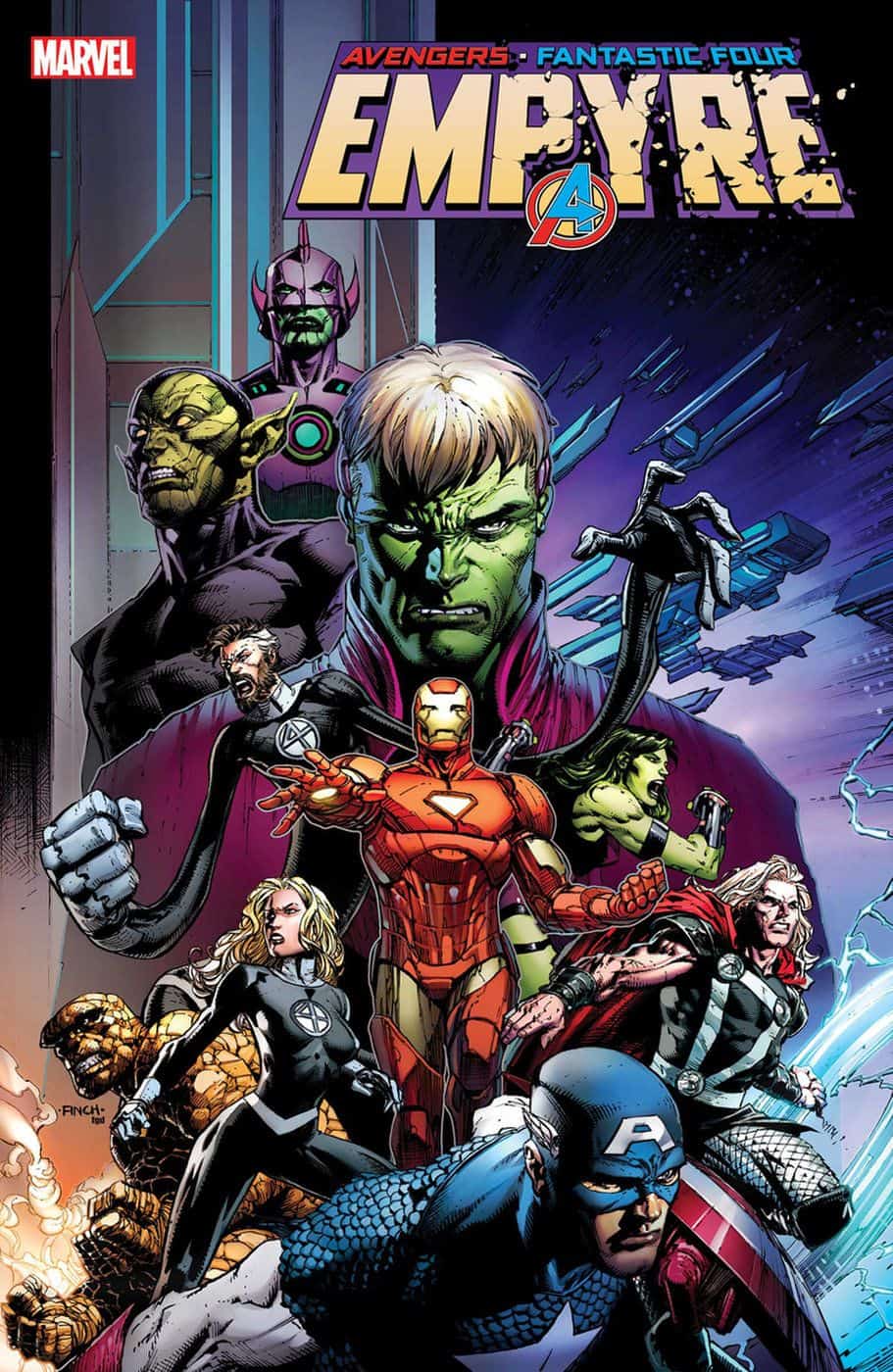 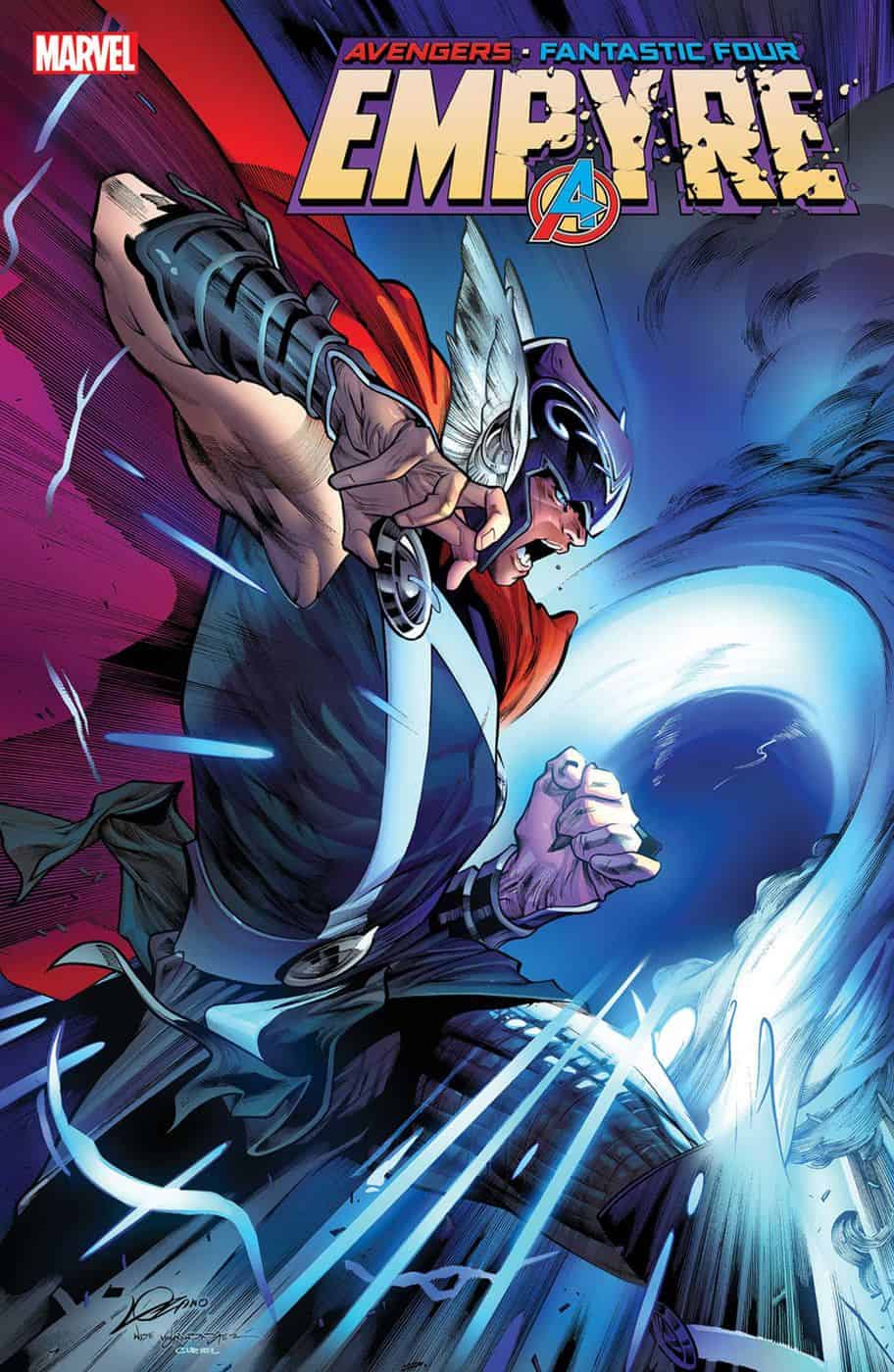 • The Kree and the Skrulls have united under a new emperor – and their war fleet is on a collision course for our world.

• On the moon, the Avengers are ready to strike with the full power of Earth’s Mightiest Heroes. Approaching from outer space, the Fantastic Four are seeking a diplomatic solution.

• If the two teams can’t work together to save the day, things can only get worse…

• Three Avengers are trapped on the moon as war breaks out on Earth – and an ancient enemy reveals a scheme decades in the making!

• Meanwhile, the Fantastic Four fight against a creeping horror that might destroy them all – starting with the Thing!

• Captain Marvel is their last, best hope… But if Carol Danvers survives, what will she become? 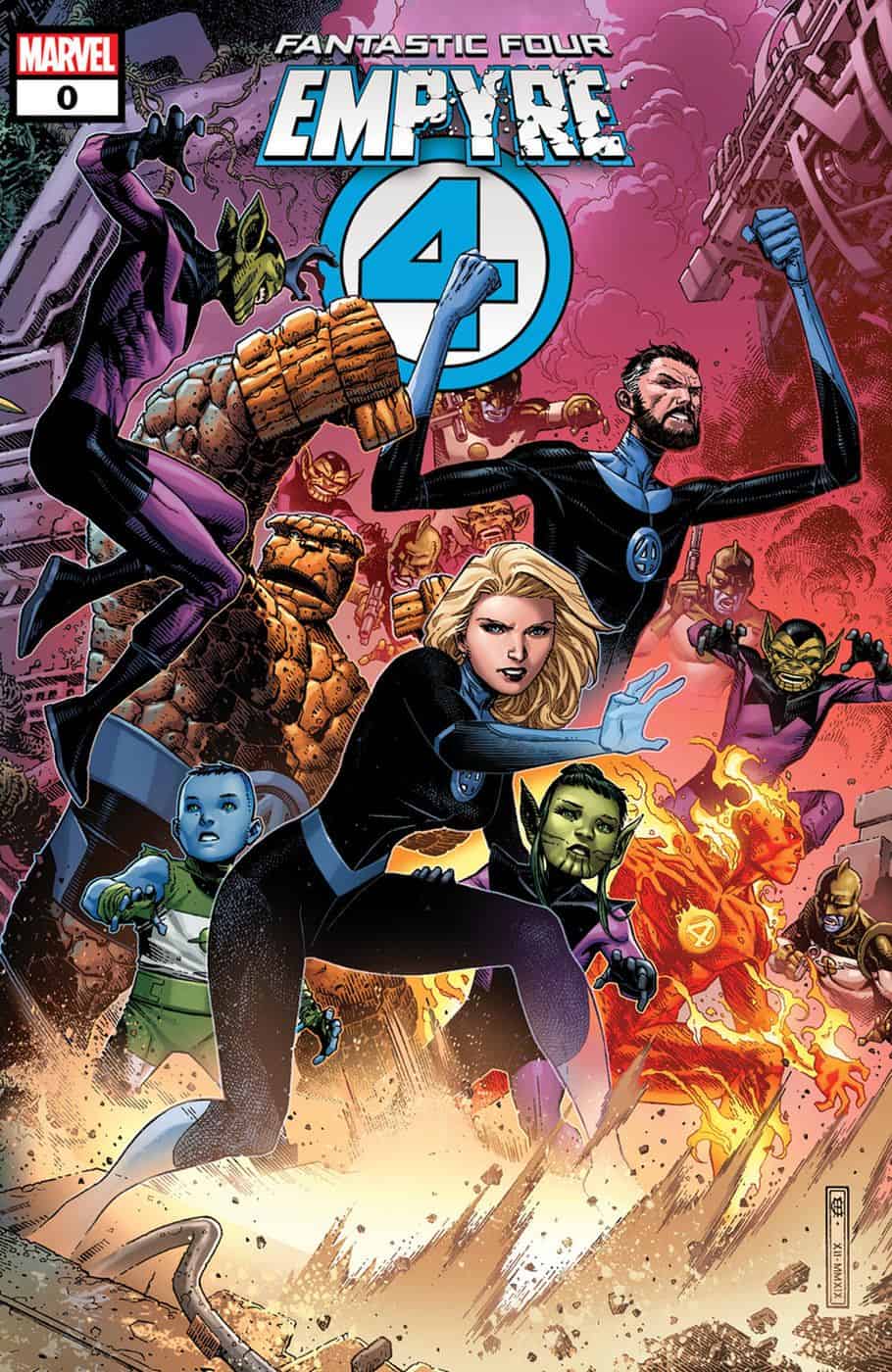 “The Last of the Kree/Skrull Warriors” – a pivotal issue, not just for EMPYRE, but for the future of the FF!
In the most unlikely of places, the Fantastic Four witness the final conflict of the Kree/Skrull War… and the fate of these final warriors will mark a stunning change in the lives of Marvel’s First Family for years to come.
All this, and the introduction of a long hidden Elder of the Universe… the Profiteer! Witness the first appearance of this new, major player in the cosmos! 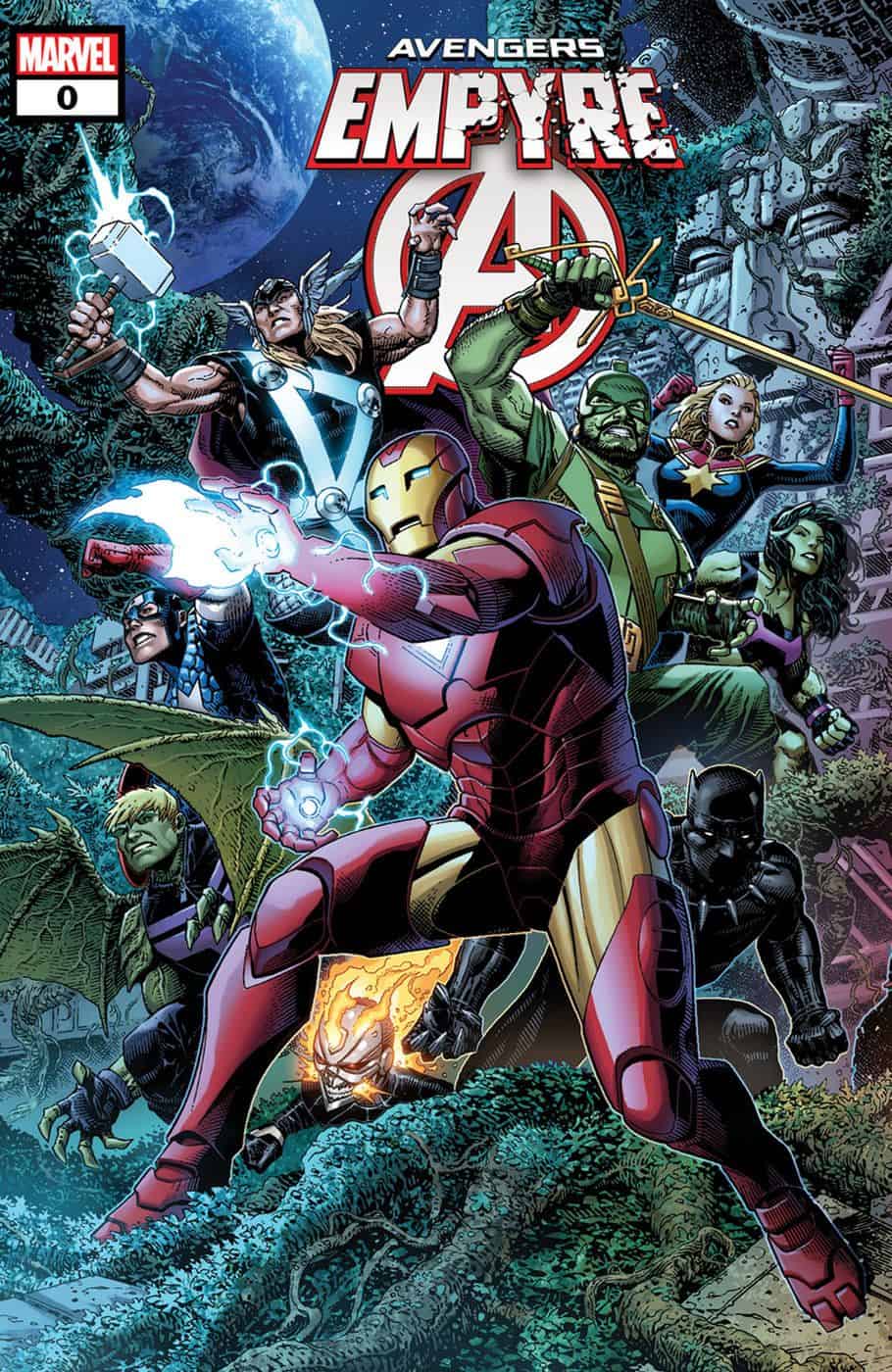 Tony Stark wakes from strange dreams – as old allies make a distress call to the Avengers. In the new Green Area of the Moon, the Cotati are waiting with news of a terrible enemy that could wipe out both them and humanity itself. The Celestial Messiah has returned… but are the Avengers ready to hear his message? 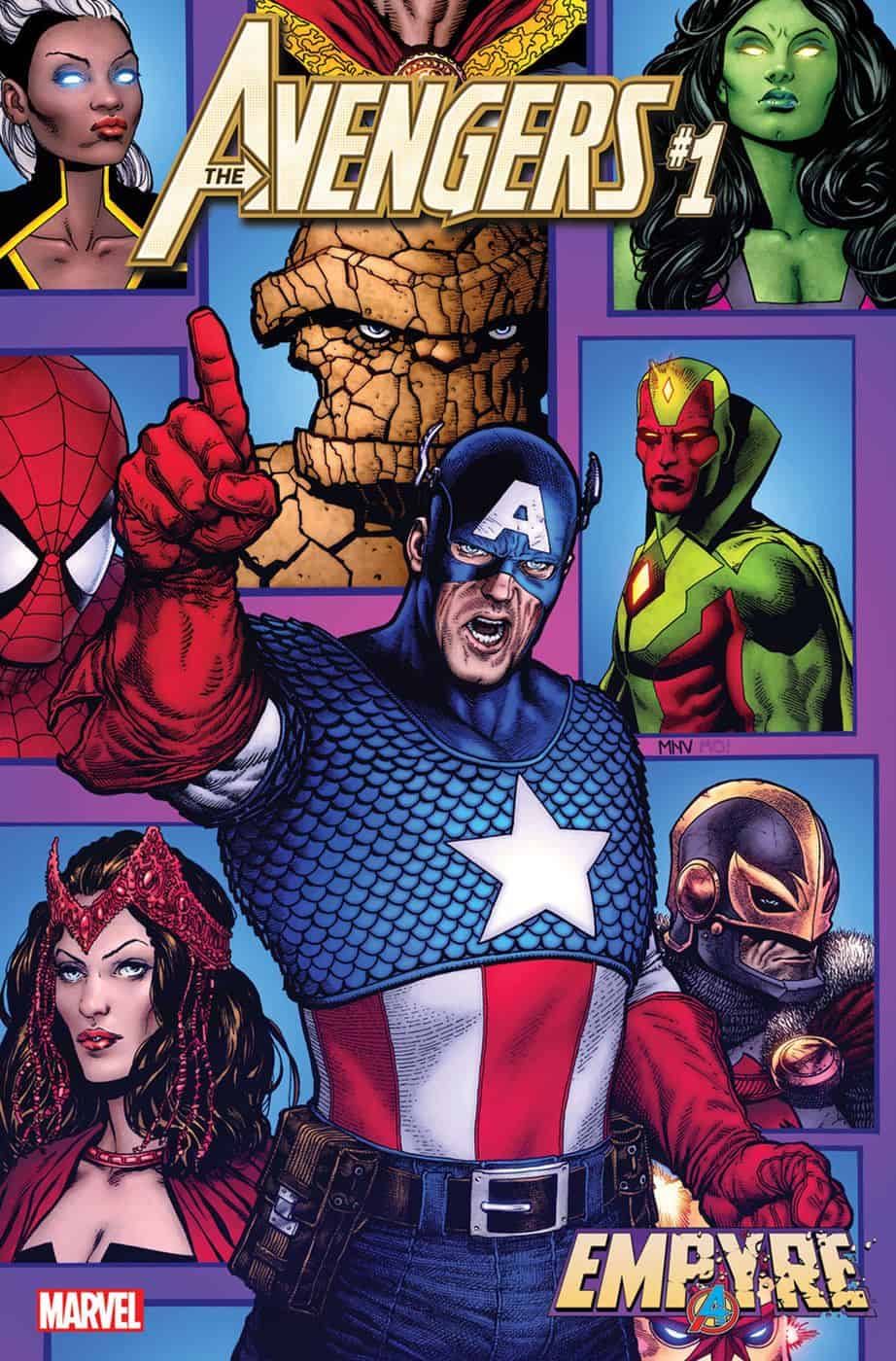 With the threat from the stars now reaching Earth, Captain America sends out the call for heroes to meet its advance across the globe! But in the far–off Antarctic Savage Land, Ka–Zar and the Agents of Wakanda have located an enemy offensive that could change the course of the conflict! Which Avengers will answer the call to this remote area and will they be able to cope with the strangeness they find there?

• But there’s another archenemy of Spider–Man who’s been hiding in plain sight, and only the actions of the Kree/Skrull have brought him to the fore of Spider–Man’s story AND Marvel’s big 2020 event! 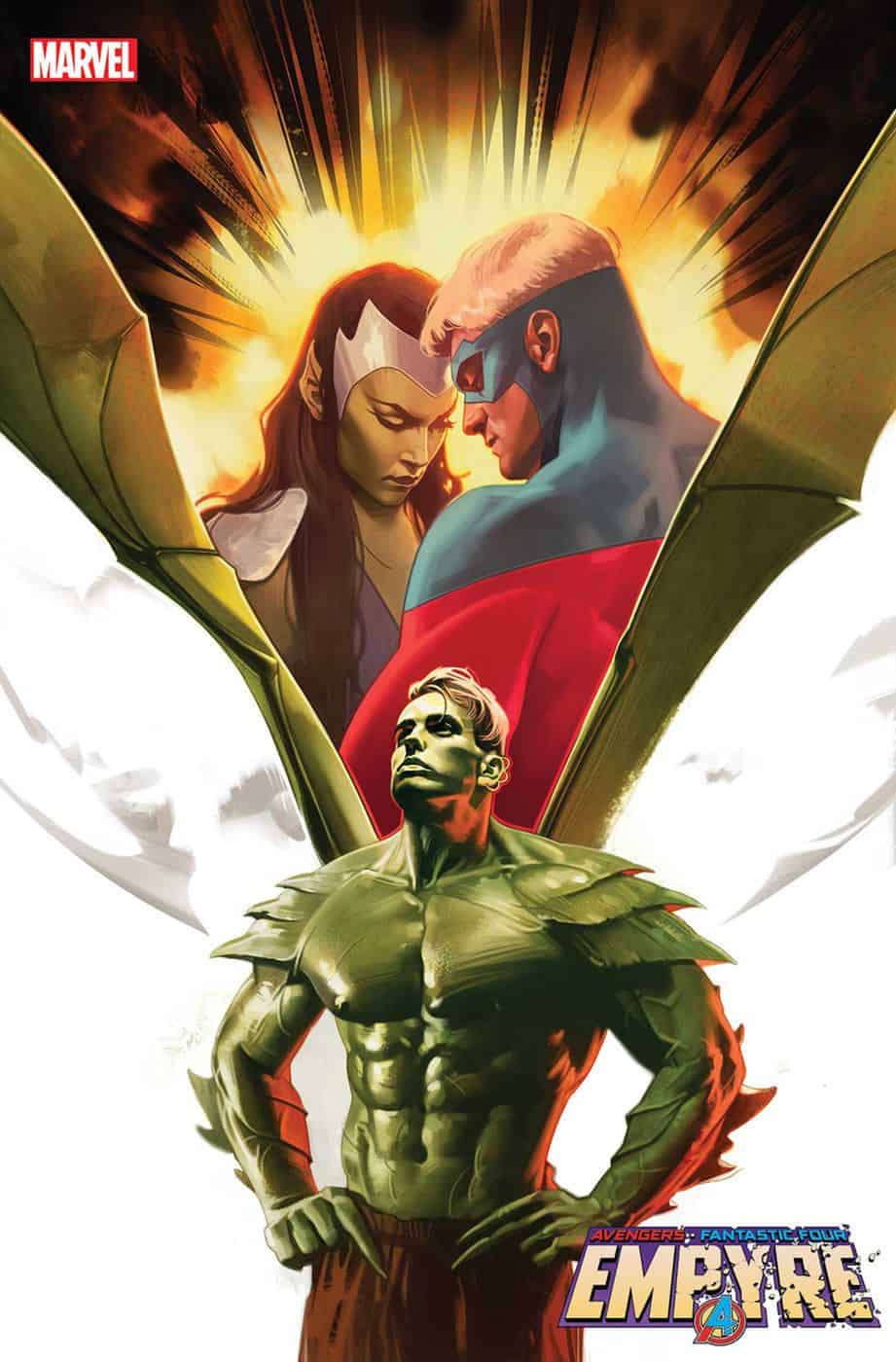 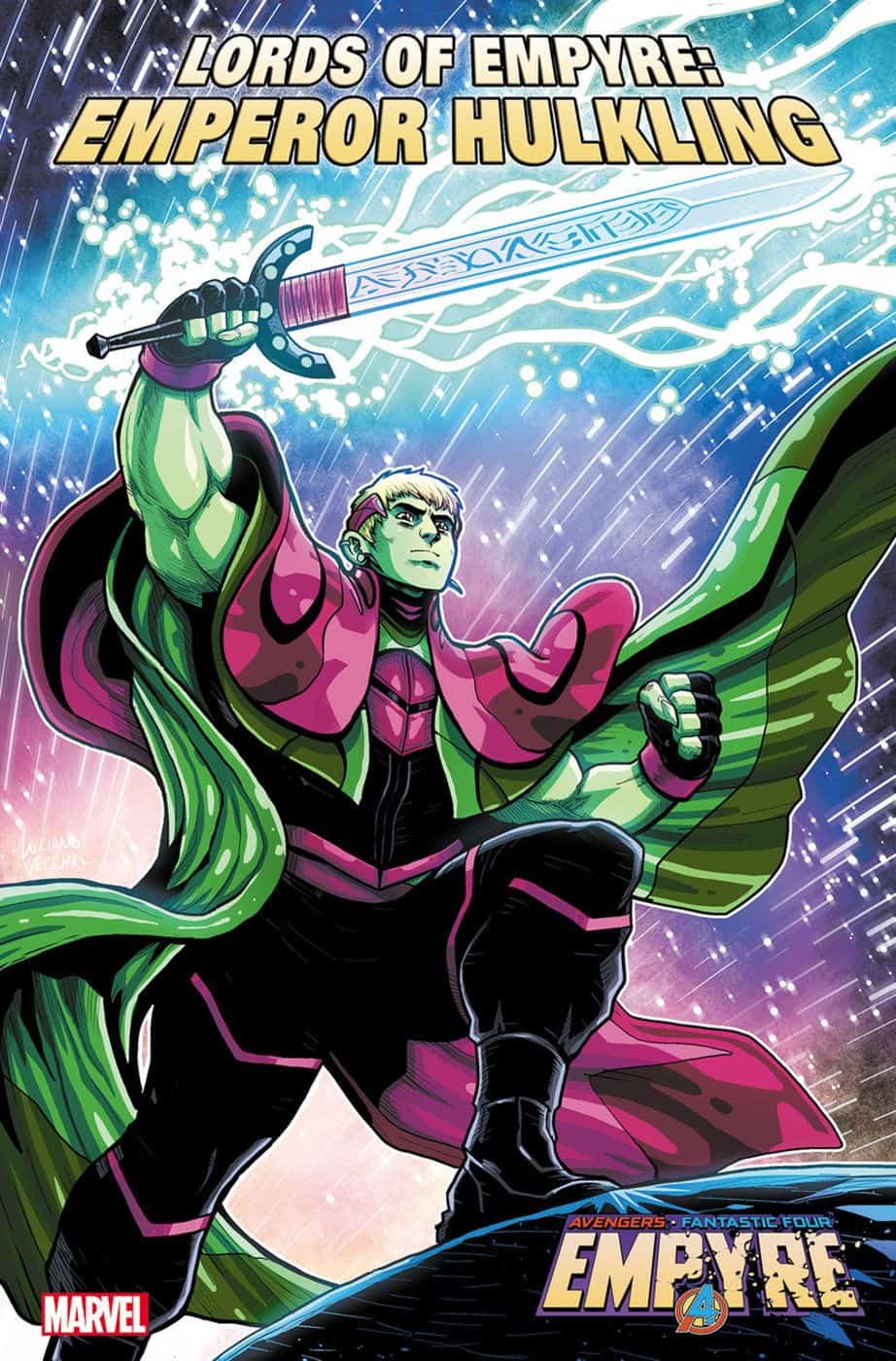 The child of the Kree hero Mar-Vell and Skrull Princess Anelle, Dorrek VIII — known on Earth as “Teddy” — has spent years evading the clutches of both bloodthirsty empires. But now fate has caught up to him. The Kree and Skrull worlds are aligned — and only a man born of both can lead them. But what has led Hulkling to abandon Earth and the Avengers he’s fought beside? And what will become of his fiancé, the hero Wiccan? Star writers Chip Zdarsky and Anthony Oliveira team up with artist Manual Garcia for a can’t-miss one-shot! 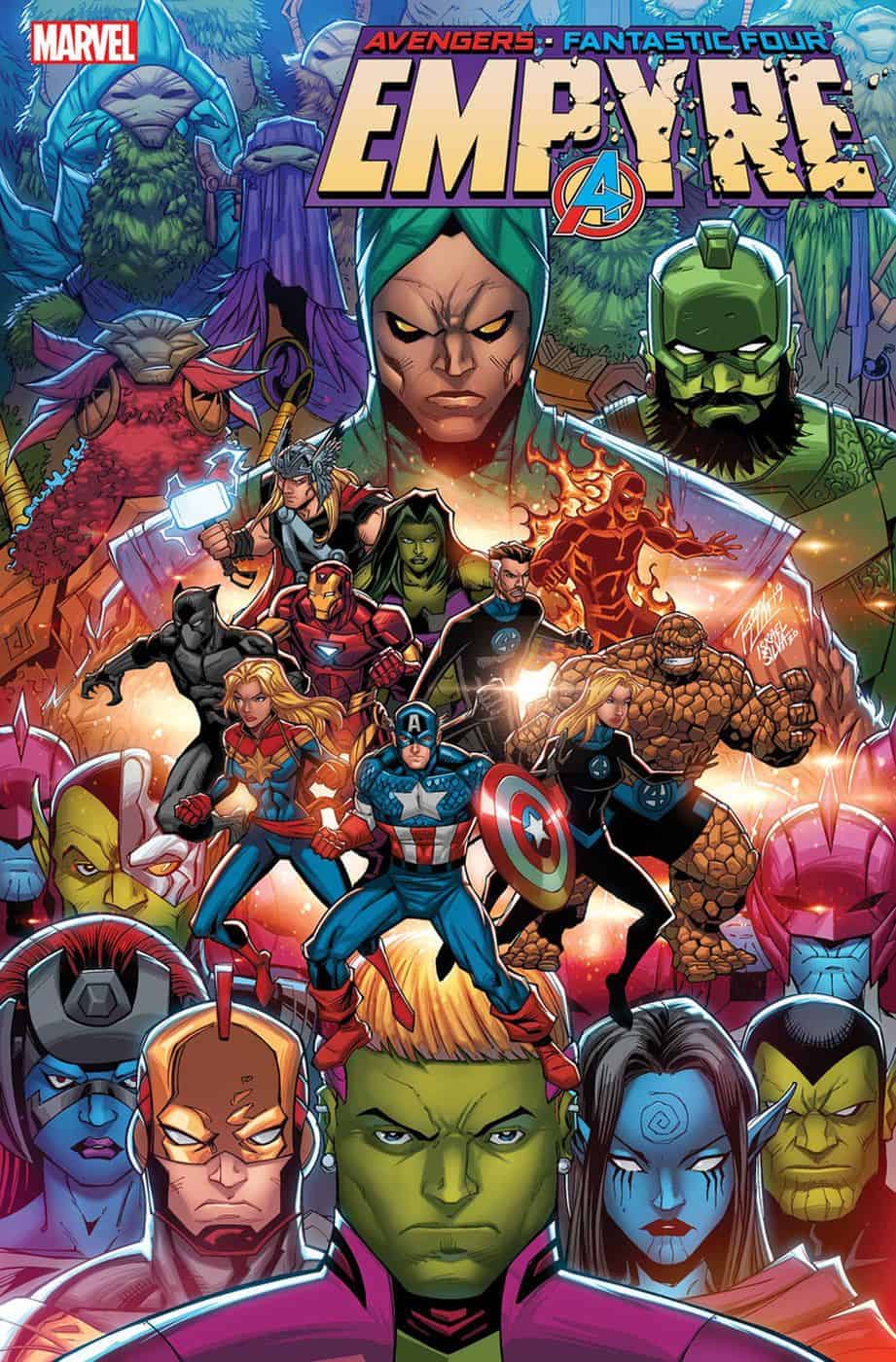 Multiple races across the universe are pulled into a major conflict when EMPYRE hits! The Official Handbook of the Marvel Universe helps keep the participants straight with updates of the major players in this star-spanning war: The Avengers! The Fantastic Four! Captain Marvel (Danvers)! The Skrulls! The Kree! Hulkling! Plus: All-new profiles of Kree members Bel-Dann, Captain Glory (Gla-Ree) and Tanalth, Skrull member Raksor, and the Cotati Swordsman! Also featuring the mysterious, never-before profiled Blue Area of Earth’s Moon!

With the Fantastic Four neck–deep in the menace in space, who can Powerhouse and Brainstorm call upon to deal with the crisis down on Earth? Only Spider–Man and Wolverine, of course!

The Summers family has grown a Krakoan home on the moon. Now some new neighbors have moved in.

Welcome to the Marvel Age of Comic Boxes! Store your treasured collection in sturdy surroundings every bit as exciting as the issues inside! Featuring action-packed illustrations on all sides from some of comics’ finest artists, Marvel’s Graphic Comic Boxes will star all your Marvel Universe favorites – continuing with EMPYRE! Preserve your comic collection with Marvel Graphic Comic Boxes! Inside dimensions: 15-1/2” x 7-5/8” x 10-7/8”.