Do you still have those gift cards from the holidays begging to be swiped? Lucky for you Arrow Video has three titles coming out at the end of February that bring cinematic treats from around the World that promise more surprises than a Whitman Sampler heart. First is Manon from the French directing legend Henri-Georges Clouzot (Wages of Fear). A French Resistance fighter gets romantically involved with a woman who’s accused of collaborating with the Nazis. They do their best to keep their love apart, but the worst things happen to them. One Missed Call Trilogy appears to be one of the few J-Horror films to not be adapted into an American movie series. The movie core concept is people are checking their voicemails only to get messages from their future selves with predictions of their deaths. Who knew voicemails could be so fatal? Along with the first film directed by Takashi Miike (Audition) are the two sequels. The final film is Deadly Manor about a bunch of kids who end up in an abandoned house with a dark secret inside. José Ramón Larraz had hit cult gold with his Vampyres. Deadly Manor was the last of a three productions he made in the USA and Spain with the goal of the video market in America and theatrical in Europe. All three films come out on February on the 25th so you have plenty of time to find your gift cards.You can also visit vidico.com for more information.

This month’s releases all drop on February 25th, starting with Henri-Georges Clouzot’s Manon via Arrow Academy. Loosely adapted from Antoine François Prévost’s 1731 novel, this stunning French drama is the story of a French Resistance fighter that rescues and falls in love with a woman from accused of working with the Nazi’s. The couple moves to Paris where their life begins to spiral out of control as they get caught up in prostitution and murder. The film took home the Golden Lion award at the 1949 Venice Film Festival. This new high definition release includes a brand-new video appreciation by critic Geoff Andrew and an archival documentary that features Clouzot discussing his love for literature.

First up from Arrow Video is the multi-disc set One Missed Call Trilogy. This legendary trio of J-horror films launched with Takashi Miike’s 2003 film about people who receive strange voicemails from their future selves predicting their deaths. Yumi Nakamura, a young psychology student, begins to investigate the calls and discovers this terrifying circumstance has been plaguing Japan for centuries. The original series was followed by two more films, One Missed Called 2 and One Missed Call: The Final Call. While the franchise never quite reached the popularity of contemporaries like the Ring and Ju-on: The Grudge, it’s certainly not without its own devoted fanbase thanks to its visual flare and the nightmare scenario catered towards a generation that grew up with cell phones. The complete trilogy comes to Blu-ray with a full voicemail of special features thank include interviews, documentaries, a TV special, a short film and more.

Rounding out February is José Ramón Larraz’s bonkers late-era slasher, Deadly Manor. Also known as Savage Lust, this final genre effort from Larraz follows a pretty standard template as teens stay the night in an abandoned mansion that happens to be home to a lunatic killer. Restored in 2K using the original elements, Deadly Manor will be making its Blu-ray debut. This release will include a multitude of special features, including a new interview with actress Jennifer Delora and the original VHS trailer. 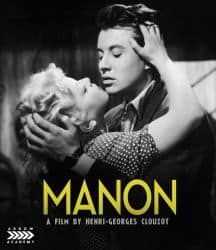 Manon
This masterful adaptation of Prévost’s 1731 novel Manon Lescaut marks quite a departure for Henri-Georges Clouzot, the French director lauded for his acclaimed thrillers The Wages of Fear and Les Diaboliques. A classical tragic romance transposed to a World War II setting, Clouzot’s film follows the travails of Manon (Cécile Aubry), a village girl accused of collaborating with the Nazis who is rescued from imminent execution by a former French Resistance fighter (Michel Auclair). The couple move to Paris, but their relationship turns stormy as they struggle to survive, resorting to profiteering, prostitution and even murder. Eventually escaping to Palestine, the pair attempt a treacherous desert crossing in search of the happiness which seems to forever elude them… Clouzot’s astute portrayal of doomed young lovers caught in the disarray of post-war France wowed the jury of the 1949 Venice Film Festival, where it won the Golden Lion award. Unjustly overshadowed ever since by the director’s suspense films, Manon now returns to screens in glorious High Definition with a selection of elucidating extras.
Bonus Materials
High Definition Blu-ray (1080p) presentation
Original 1.0 mono audio
Optional English subtitles
Bibliothèque de poche: H.G. Clouzot, an archival documentary from 1970 in which Clouzot talks of his love of literature and the relationship between the page and the screen
Woman in the Dunes, a newly filmed video appreciation by film critic Geoff Andrew
Image gallery
Reversible sleeve featuring two artwork options 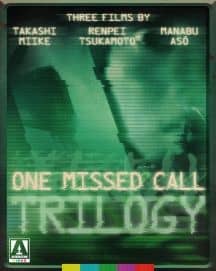 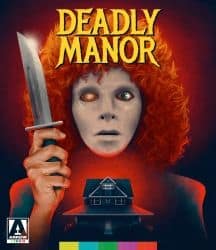 Deadly Manor
An old, dark house… A maniac on the loose… An orgy of bloodlust! All the hallmarks of late master of Spanish macabre José Ramón Larraz (Edge of the Axe, Vampyres) are present and correct in 1990’s Deadly Manor – the final horror movie from one of the genre’s most unheralded filmmakers. Whilst en route to a lake, a group of youngsters make an unscheduled stop-off at a remote, seemingly abandoned mansion where they plan to spend the night. But the property is full of foreboding signs – a blood-stained car wreck in the garden, coffins in the basement, scalps in the closet, and photographs of a beautiful but mysterious woman adorning every corner of the house. Before daybreak, the group will unwittingly uncover the strange and terrifying truth that lurks behind the walls of this dreadful place. The last in a trio of transcontinental slice-and-dice co-productions helmed by Larraz towards the end of the 80s (all of which which he directed under the anglicized moniker of Joseph Braunstein), Deadly Manor – released on VHS in the US under the title Savage Lust – is a fitting capper to the director’s prolific career in fear, now finally unearthed for the first time on Blu-ray.
Bonus Materials
Brand new 2K restoration from original film elements
High Definition Blu-ray (1080p) presentation
Original uncompressed mono audio
Optional English subtitles for the deaf and hard of hearing
Brand new audio commentary with Kat Ellinger and Samm Deighan
Newly-filmed interview with actress Jennifer Delora
Making a Killing – a newly-filmed interview with producer Brian Smedley-Aston
Extract from an archival interview with Jose Larraz
Original “Savage Lust” VHS trailer
Image Gallery
Original Script and Shooting Schedule (BD-ROM content)
Reversible sleeve featuring original and newly commissioned artwork by Adam Rabalais (TO BE REVEALED)
FIRST PRESSING ONLY: Collector’s booklet featuring new writing on the film by author John Martin
BLU-RAY
SRP: 39.95
Street Date: 02/25/20
Genre: Horror
Language: English
Run Time: 86 mins