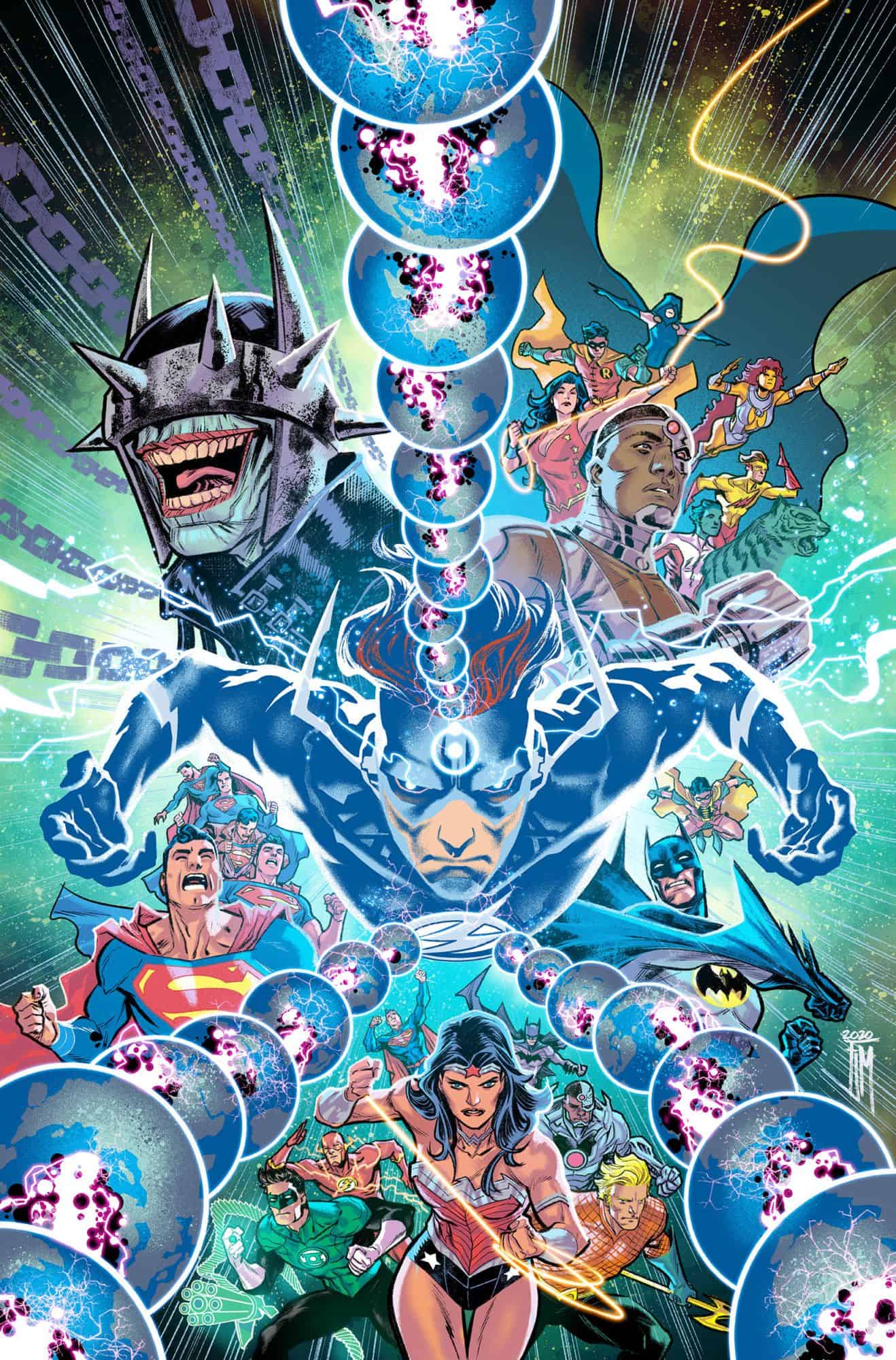 …At the very base of it is, he’s Dr. Manhattan’s anchor to our world, essentially. And so everything that Carver Colman is, and the Nathaniel Dusk films are – the thematics and the story and everything that Doomsday Clock’s about is within that story too…

Ultimately, this story is Dr. Manhattan came to this universe and saw Superman and saw the Metaverse and wanted to see how he could affect it, because other things and beings and forces have. And when he reached into it to do that, the Metaverse – as he says – turned its greatest antibody against him.

Suddenly, he found himself – when he tampered with it, like so many others before – suddenly, he became a target. He became a villain in the eyes of the Metaverse.

So what his vision is – the result of his tampering – is that he did something and now he’s on a collision course with Superman that he sees ends only one way, with complete darkness. 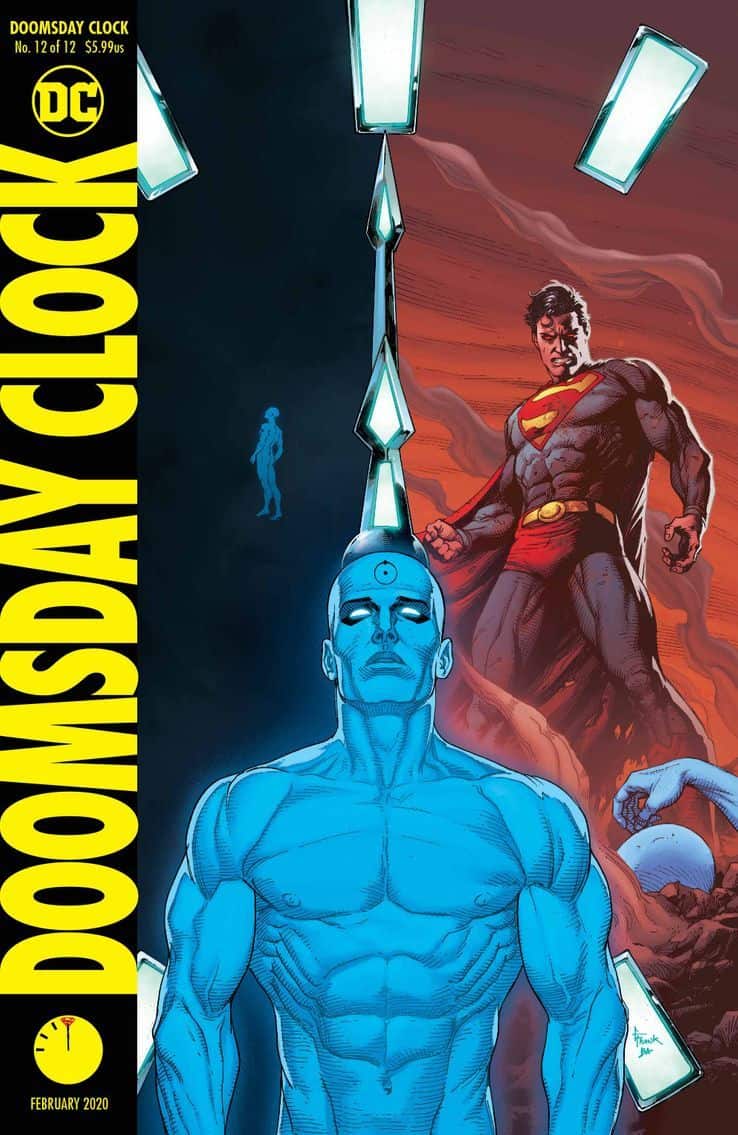 I think the concept of the Metaverse is just literally the reality of what the DC Universe is. And it also affects the Multiverse. And the fact that, you know, Multiverses exist in a lot of fictions, and DC’s Multiverse is very important to its mythology and continuity. But the Metaverse itself is what affects the Multiverse. Characters change and evolve with the times because, in some sense, they’re so timeless and iconic, and every generation redefines them in their own way.

…So the Metaverse is a concept. But it’s not necessarily what the series is about, in a clinical way…

…People have said, how does this affect the DC Universe? But I want to say that issue [Doomsday Clock] #12 affects DC period. It leads right into everything else, but it leads into it in a much bigger way than, “What’s the next crossover? What’s the next big regurgitated greatest hits crisis?” It’s very different. It’s about much more than that.

It leads beyond 2020 and ’21. And when people read issue #12, they’ll see it. But it’s not just meant to lead into or connect into another event storyline. It’s actually made and designed to lead into the entire future of DC Comics from here on out.