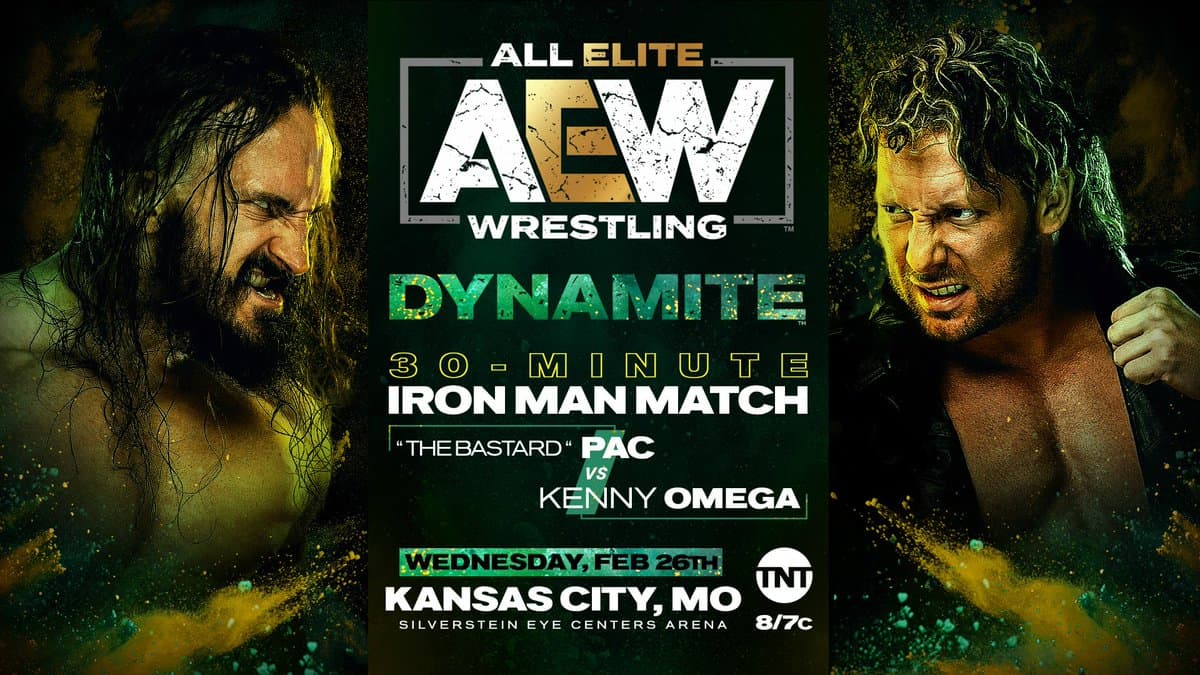 Nothing got done for 2 hours.

I had to share my thoughts on this show.

First, though, last week’s Dynamite was awesome. Cody Rhodes with that moonsault off the cage onto a standing Wardlow will go down as one of the highlights of the year. Britt Baker was excellent as a heel on commentary. It was a good show. Not great – some things still don’t quite gel – but really good. And the pop when Darby Allin appeared at the top of the ramp: they say AEW isn’t developing new stars. Wrong! This guy has “it”! Along with MJF as the arrogant heel, Jungle Boy looking awesome and Private Party, the young talent is getting there.

But this week’s show. The go-home show before the Revolution PPV.

1) We open with the thirty minute iron man match between Pac and Kenny Omega. They open with what could be a PPV main event. And, holy crap, this felt like a PPV calibre match. These two let it all out. The first fifteen minutes had near falls, strikes, bruising and just some awesome insanity. Then Pac grabs a chair to blast Omega – disqualification, so first point to Omega. But Pac uses this to his advantage to then hit an immediate Black Arrow for the pin and we’re 1-1. Just awesome.

2) Then we had a 10 minute war of attrition until we ended up at 1-1 at the end of regulation time. (That Falcon Arrow off the apron to the floor… shit! SSP to the outside through a table… double shit!) That was when they announced sudden death overtime, and Omega somehow eked out the win 2-1. Apart from the last minute or so of regulation time when they were clearly waiting for time to expire, this was just a fantastic match from go to woah. On TV. Less than a week before a PPV. Just… wow.

(I have never heard a ref get a chant before, but when Aubrey came in as the replacement ref, she did.)

3) Schiavone is interviewing Pac on the ramp (this is the Schiavone I like, not the moron I have been watching the year 2000 WCW) when Orange Cassidy comes out. So Pac attempts to kill him. Nice way to set up the next match, I guess… And I mean it. Nothing convoluted. Pac was pissed off, Schiavone was making him angrier, Cassidy came out to basically try to piss him off even more, and – bang! – we have a match.

4) Lexi is backstage, knocks on the Inner Circle’s door, Jake Hager opens it, she asks for an interview with Jericho. Hager says nothing. She tries again. Hager closes the door. Sorry, after watching WCW Superbrawl 2000, I am over doors.

5) Santana, Ortiz & Sammy Guevara v The Jurassic Express is up next. This was good match with a long, loooong heat segment on Marko Stunt that was a little samey with not enough hope spots. But then the hot tag came and it picked up nicely, and with Darby Allin coming down to steal the loaded sock, Jungle Boy hit a nice Frankensteiner for the win. Allin then uses the cue cards to threaten Guevara while the crowd chants, “Darby’s gonna kill you.”

Oh, and seriously, for a threatening heel faction, the Inner Circle certainly seem to lose a lot more than they win.

6) Best Friends (with Orange Cassidy) v Butcher & Blade (with Bunny), a match I don’t have high hopes for. A little slow. That is good in one way – not every tag match in AEW is 100 miles an hour flippy-fest. But it actually started as WWE tag match dull. Not bad, just dull. Then they went outside, we had fun with Cassidy and Bunny, Cassidy hit the tope, Strong Zero finished for the Best Friends win. And post-match Cassidy v Pac is announced for Revolution and the BFs want Cassidy to try. So does this mean he hasn’t been trying up till now? The crowd is into this hugely.

7) Yuka Sakazaki v Big Swole v Shanna v Hikaru Shida, a fatal 4-way to see who faces the winner of the women’s title match at Revolution. One of the better women’s matches I’ve seen from AEW. The improvement in this division is noted. Too much 1-on-1 stuff, but certainly a fun match. I felt for sure Swole was going to win, but Shida pinned Swole to become the next contender.

8) Dark Order promo. They threaten SCU. I still say it – the Dark Order stuff sucks. AEW got rid of the Nightmare Collective – and I said there’s be no payoff, and there wasn’t – now we’re left with this Ministry ripoff group.

9) JR does one of his sit-down chats with the Young Bucks and Page/Omega ahead of the tag team showdown at Revolution. These have been really well done, and this was no exception. But, I have to say, the Young Bucks came out of this looking like jerks, Page has sympathy and Omega is stuck in the middle. The character development is subtle, but so well done.

10) The Jericho/Moxley weigh-in is never completed. Of course. JR even said at the start of the night a contract signing was like bringing a cake to a wrestling ring. The Inner Circle beat up Moxley, Dustin Rhodes and Darby Allin to stand tall. They can’t win matches, but they can win beat-downs. This was just an insane bit of chaos to sell the PPV. Not too shabby. However, the last 25 minutes of a wrestling show had no wrestling. Sure, it was to set up the PPV, but…

Okay, was the show perfect? The last minute of the iron-man, the opening bit of the 6-man tag, the opening of the tag match and the dark order promo were not the best. But, in general, this show was really strong. AEW continues to bring the goods, but the problem is: have they built a rod for their own backs? Can their PPV this weekend live up to the iron-man match this week, the women’s 4-way this week, the tag team turmoil match, the tag title match last week, the cage match? That is a lot of living up to do.

Fingers crossed they can do it.