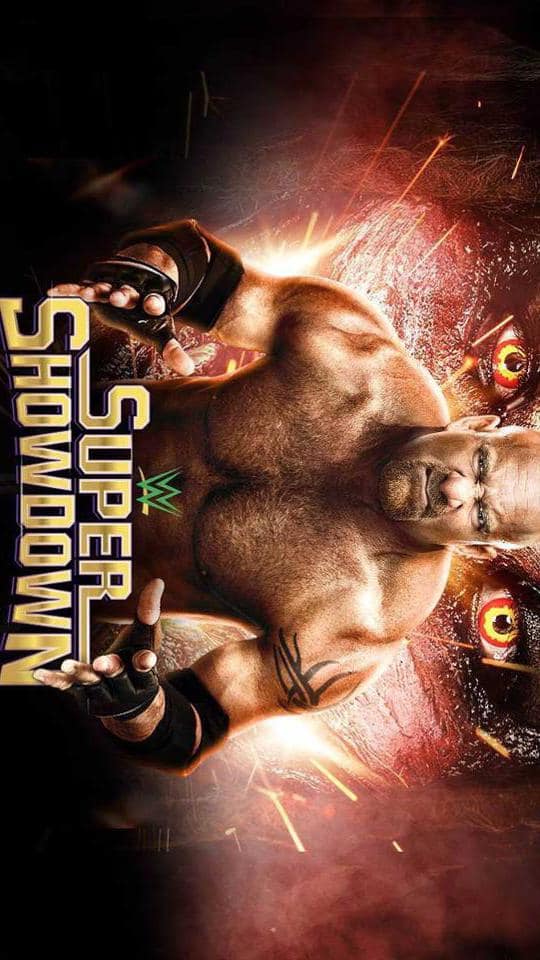 Time for another Blood Money PPV!

Can I just say I was not really pumped for this?

On the card, none of the matches had me thinking I was going to see something beyond awesome… or even really good. But, you know, I have been pleasantly surprised in the past (the Impact PPV I reviewed earlier in the year for one), so, you know, why not give this a go? Well… why not? Really?

1. The Viking Raiders v The OC
Well, that was a dull match to be on the incredibly dull kick-off show. Not bad, but boring! Second hour Raw match. The OC win after Ivar misses his top rope moon-sault and the hot the Magic Killer. Not a good beginning…

2. Tuwaiq Trophy Gauntlet Match
R-Truth def Bobby Lashley (with Lana covered head to toe… literally; we respect your customs so it doesn’t matter if you don’t respect ours) then Lashley beat the snot out of him afterwards. R-Truth def Andrade. Truth injured, still wins by falling on him after a head clash. Welcome back, Andrade! R-Truth def Eric Rowan by DQ after Rowan beats him up with the stairs, then bashes him afterwards as well. AJ Styles def R-Truth. Yeah, whatever. Styles tried to be a heel but the crowd just cheered him anyway. The OC beat up Rey Mysterio backstage. Undertaker beats up the OC and inserts himself into the match because… Undertaker? Undertaker def AJ Styles with one, just one, yes, a single botched chokeslam, after an insanely long entrance. What a weak, crappy ending to a dull gauntlet. If AJ is facing ‘Taker at WM, then I hope he’s got insurance.

3. Smackdown Tag Titles: Miz & Morrison v The New Day (c)
Started slow, but then picked up and was a decent tag match at the end. Yes, I said the Miz had a decent match… and you won’t hear that from me too often. Thanks to a sneaky chair shot and a handful of tights, Miz & Morrison pick up the win and become new Smackdown tag team champions. Maybe I’m over-rating it after the dullness it followed, but I don’t think so. I think this was a decent match.

(Corey Graves is the single WORST announcer on any wrestling TV show at the moment. No, I mean it. I’ve seen Impact, AEW, all 3 WWE brands and ROH – the only thing worse than Graves is Terminal Syphillis… and somehow I think the TS would be a hell of a lot less painful.)

4. Angel Garza v Humberto Carrillo
They never got out of second gear. This was not a bad match, but dull. The crowd was dead, and maybe that affected their performance, but this was simply just “there”. After a series of exciting [/sarcasm] rollups, Garza won. Meh.

5. Raw Tag Titles: Seth Rollins and Buddy Murphy (c) v The Street Profits
Good match, sure, but it felt, again, like it was muted. Something was lacking. I know Murphy can do better – hell, I’ve seen him live hit some great stuff in that ring – Rollins has shown how good he can be. But this match… it was fine. A decent Raw main event. Yeah. Champs retain. (Wonder if “Murph the Smurf” will catch on or the WWE gets a ‘cease & desist’ order to stop mentioning some-one else’s copyright…)

6. Dolph Ziggler v Mansoor
Like you need to ask. Mansoor won because he gets on TV and wins when they’re in that place. Another dull match. Again, not bad, but boring. Oh, and apparently the only wins Mansoor has are unbelievable. Way to put over the talent! Best bit was Mansoor’s interactions with Roode before Roode was ejected.

7. WWE Title: Ricochet v Brock Lesnar (c)
Ricochet charges, Brock kills him, throwing him around for a minute or so, F5, win. All that hype for that. Sure, I know it sets up whoever beats Brock as a huge deal, but on a PPV/Special Show? What a crock of crap.

8. Steel Cage Just Let It End Please For The Love Of God Just Let It End Match: King Corbin v Roman Reigns
What a pile of dog shit this was. Ignoring HiaC and WarGames, what happened to the days of steel cage matches in the WWE being, you know, good? Owen v Bret? Angle v Benoit? Hardy Boyz v Edge & Christian? Great matches, all of them. And then there was… this turd. Was it made worse by comparison to the magnificent Cody/Wardlow AEW Dynamite match? No – this was just shit. Reigns won. NOW can this feud please just die?!

9. Smackdown Women’s Title: Naomi v Bayley (c)
Can we all say it together? Another dull match. Having said that, Naomi did not look good. A lot of WWE wrestlers are being classified as “good” online for no reason I can fathom. This was not a horrible match, no, it was just… a match? Boring. Oh, except for the rather innovative ending with the t-shirt (utilising those restrictions imposed upon the WWE), which was nifty. Still, nothing great. Bayley retains.

10. Universal Title: Goldberg v The Fiend Bray Wyatt (c)
Unpopular opinion #1: The Fiend is a good character (especially switching from Bray Wyatt to The Fiend), but, apart from the Daniel Bryan strap match, has he had a good match? It’s not his opponents, there is one link to all those matches – Wyatt. His schtick is tired, and he is not showing good wrestling in the ring. Character over ability – the cartoon 1980s WWF all over again. His no-selling BS (or arbitrary selling) is part of what made me hate the Undertaker from the word go.
Unpopular opinion #2: Sorry, Dr Spain but the result was exactly what I wanted and what I think the WWE needed.

And faster than I can type any of this, Goldberg wins after fighting out of 2 mandible claws with the usual to become new champion. Short, sharp and shiny. Now, maybe, we’ll get a watchable match at Wrestlemania, because the Fiend matches have been … not good (again, except Bryan, but he is this generation’s Ric Flair and could get a good match out of a broomstick… okay, maybe not Baron King Corbin, but you get what I mean). That’s my opinion and I stand by it. The match? Quick, no red light, Goldberg didn’t have it all his own way, it did not drag, the crowd was into it, and Goldberg won. I’m happier with this match than the 4 that it followed…

And there you have it – another Super Showdown (Next Stop – North Korea!) Show. The Miz surprised me by being in the best match of the night, and it was a good match by any standards, not just the standards of this turd; the Murphy/Rollins tag win was also a good match, plus I enjoyed Goldberg winning. So, for me, that’s 3 out of 10. That’s… not good.

Sorry, guys, but when your opposition puts on a TV show the night before that puts your PPV product to shame, it might be time to change things up a bit.

But they’re making money, sheep will watch them because they’re the big kids on the block (hell, I still watch the PPVs… baaa!), so why change, right?