No matter how many times DiDio was promoted, he continued to micro-manage the DCU. I don’t think you’re going to be too shocked to learn that behind the scenes, planning for the 5G reboot/retcon/ultimate hypertime was incredibly stressful. DiDio started his own teaser roll outlast year with sneak peeks at wall charts, and hints on panels and leaks, familiar methods DiDio had used to tease previous crises. For the editorial staff, however, this was a series of constantly changing ideas, reassignments, and what turned into a hostile work environment. Although retailers may have fingered Scott Snyder as part of the coup, I’m told this was formal internal complaints that had reached a boiling point.

In recent months, morale had plummeted even more amid frequent shake ups in responsibilities. were the increasingly frequent departures. Editor Pat McCallum, who had just been made head of the whole DCU, quit in a rather sudden fashion. (I’m told he went away for Thanksgiving and then just gave notice.) Most recently, Alex Antone quit, taking a job at Skybound.

It appears that the 5G chaos was finally enough to seal DiDio’s fate. The idea of swapping out new heroes for the older ones got a lot of pushback – especially as DC’s movie slate is gearing back up with Wonder Woman 84 and a new Batman. In addition, the whole Bat Penis Crisis left DiDIo with a black mark with Warner/AT&T’s new executive structure.

No one appears to know why the move was so sudden. As of earlier this week, Dan DiDio and Jim Lee were offered to press outlets as interview subjects at next week’s C2E2 and were slated to spear on a Meet the Publishers Panel there…

…Will DiDio be replaced? No one at DC has any idea. For now, Jim Lee remains the sole Publisher. Bob Harras also remains as Editor in Chief, a position most people forget about since he keeps such a low public profile. That may change in the days ahead…

While others have reported on speculation and shared rumours from allegedly connected DC staff about why DiDio suddenly exited DC Comics, we waited for a credible source to emerge before sharing. A lot of the earlier “reporting” seemed slanderous about why DiDio was gone so we didn’t add to the character-assassination pile-on. Today’s news, shared earlier by Heidi MacDonald at her great site The Beat, was credible and presented in a straightforward and dispassionate non click-baity way. We respect that and feel comfortable sharing it. 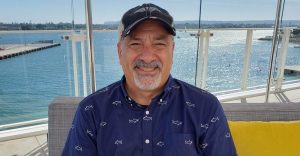 This follows earlier news that Dan DiDio and artist Shane Davis’ 12-part Metal Men series will be completed with DiDio still writing it plus DiDio’s own comments about his DC exit.