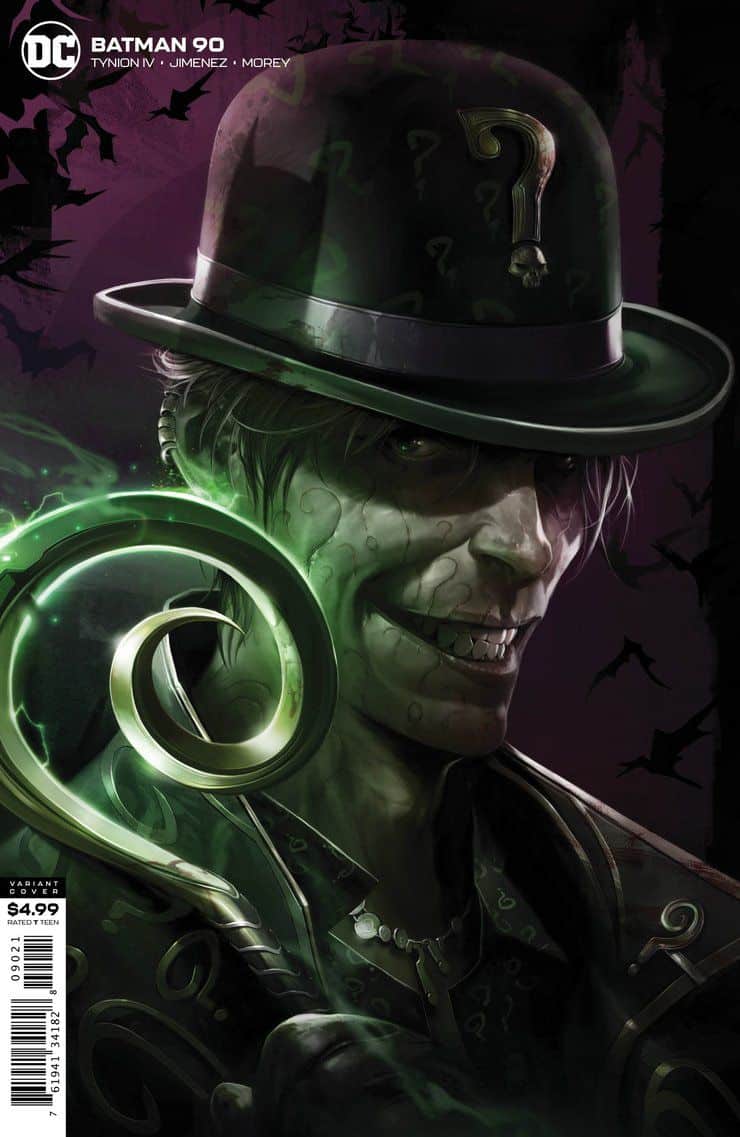 …Does Joker Screw It Up? More Punchline? 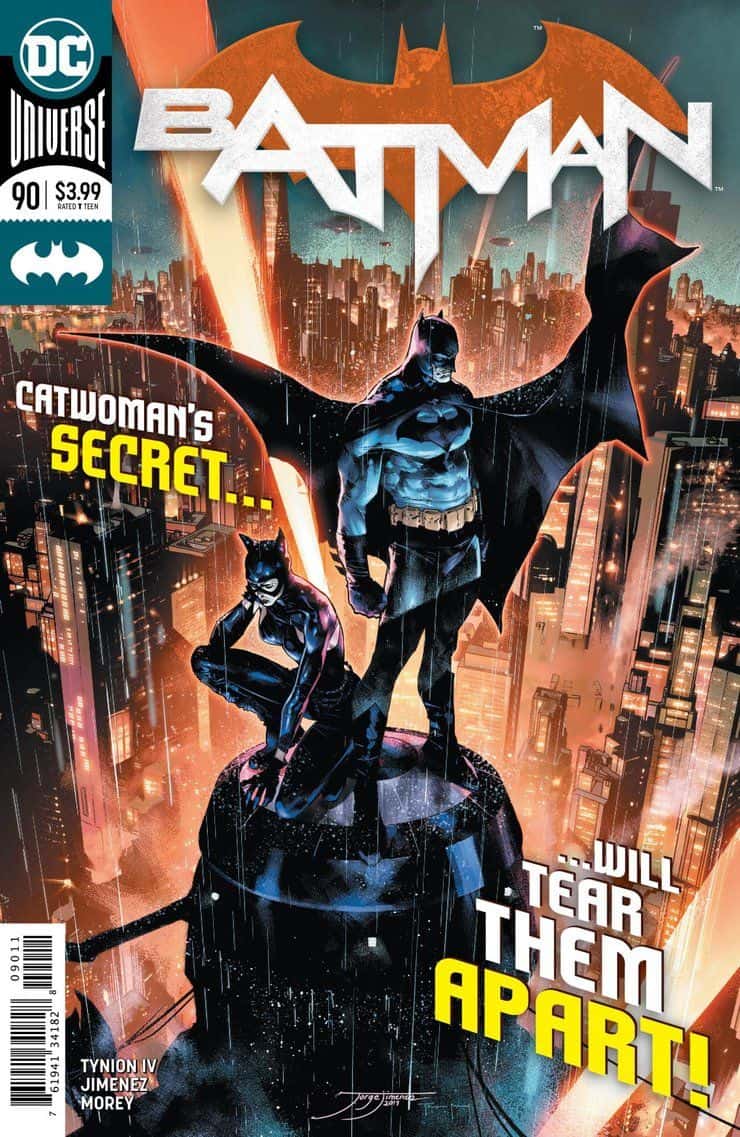 The book opens with Catwoman telling Batman in the modern day how she and his Rogues, Joker, Penguin and Riddler, first met…

…the Designer at his Tartarus House; I assume similar to or related to the House of Mystery and the House of Whispers?

The Designer is eccentrically clothed. 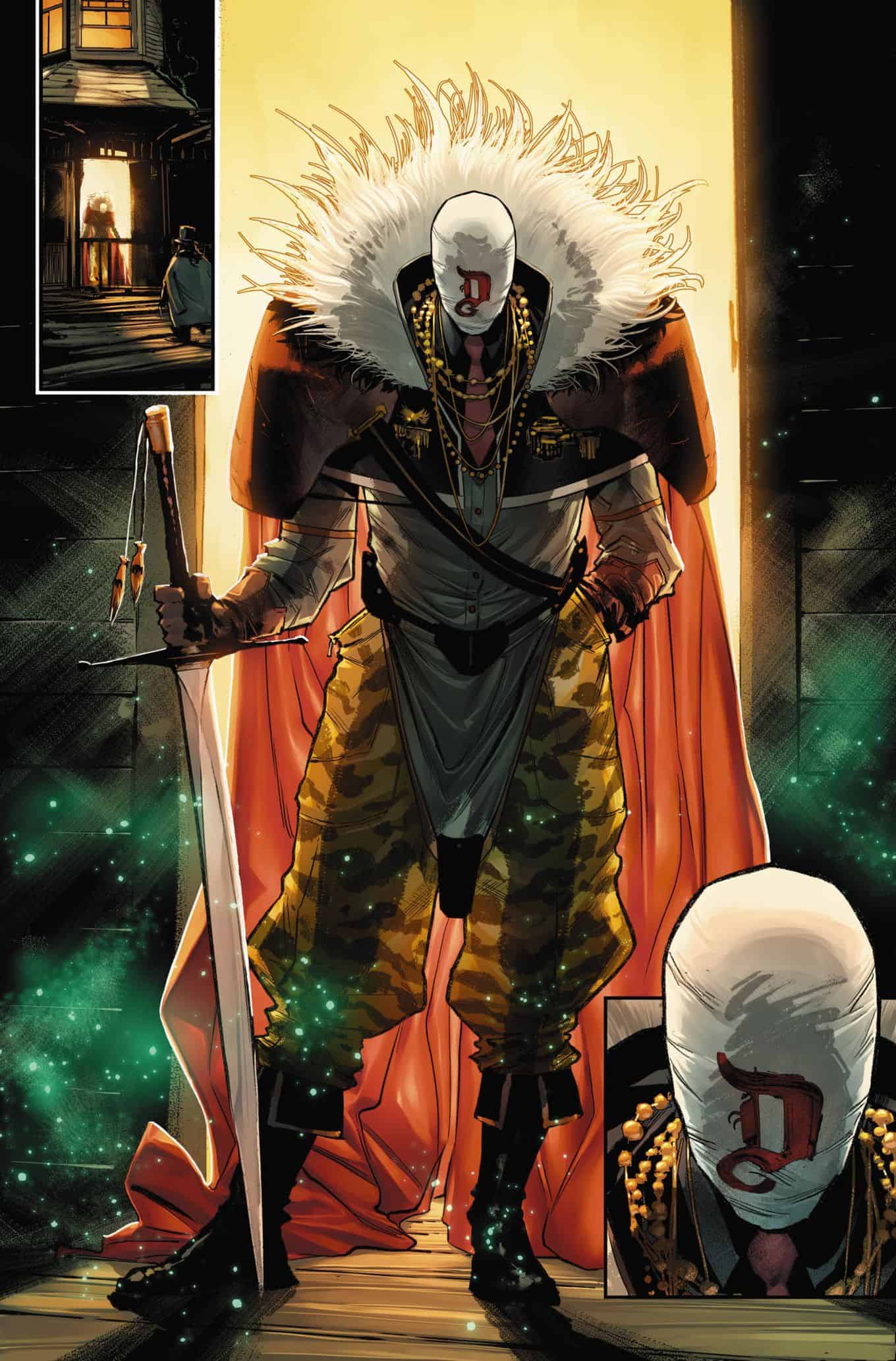 Well, he has invited these Rogues to his “home”. 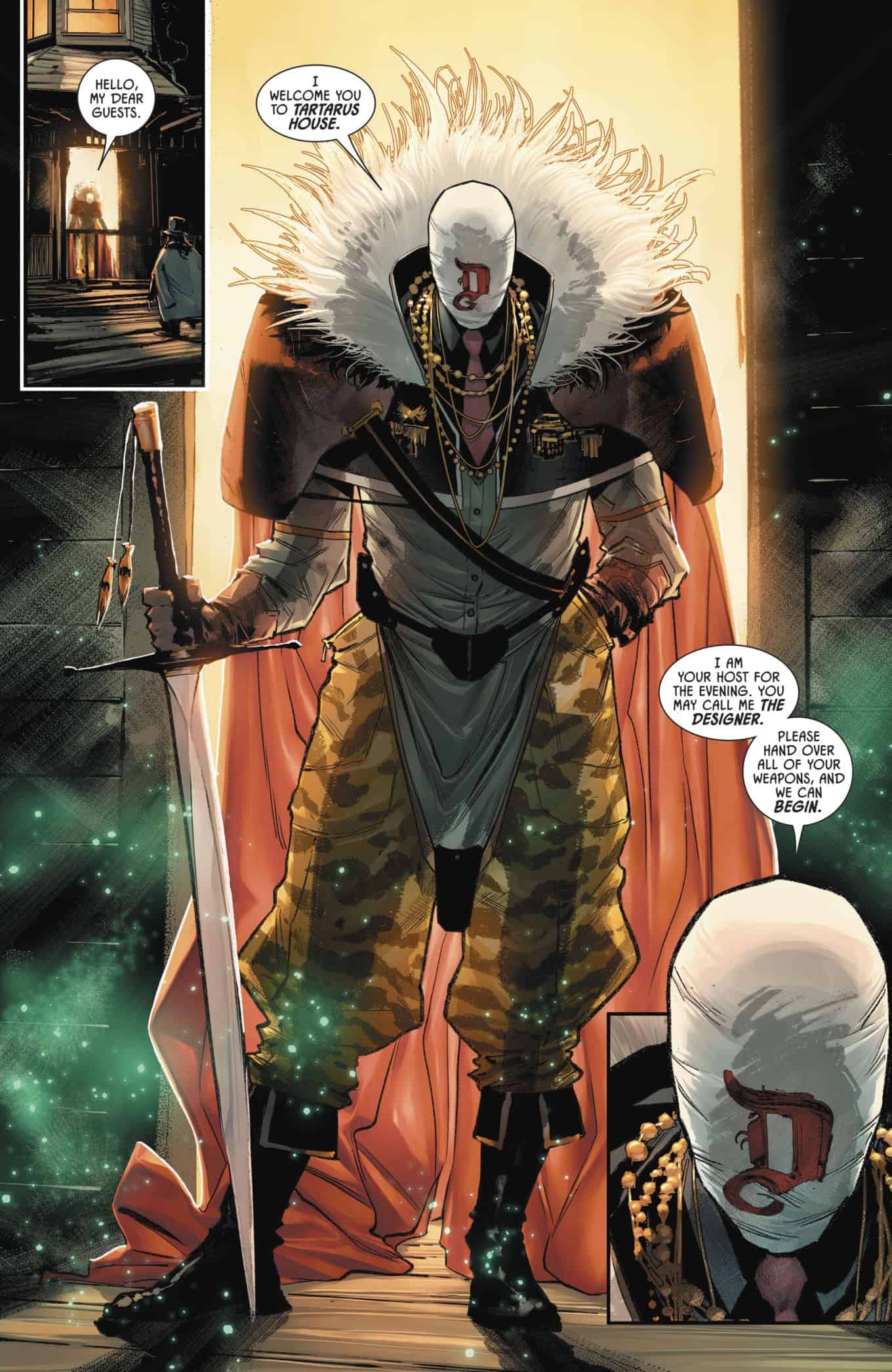 His reputation seems to make him a “legend” to the rogues except for the Joker. 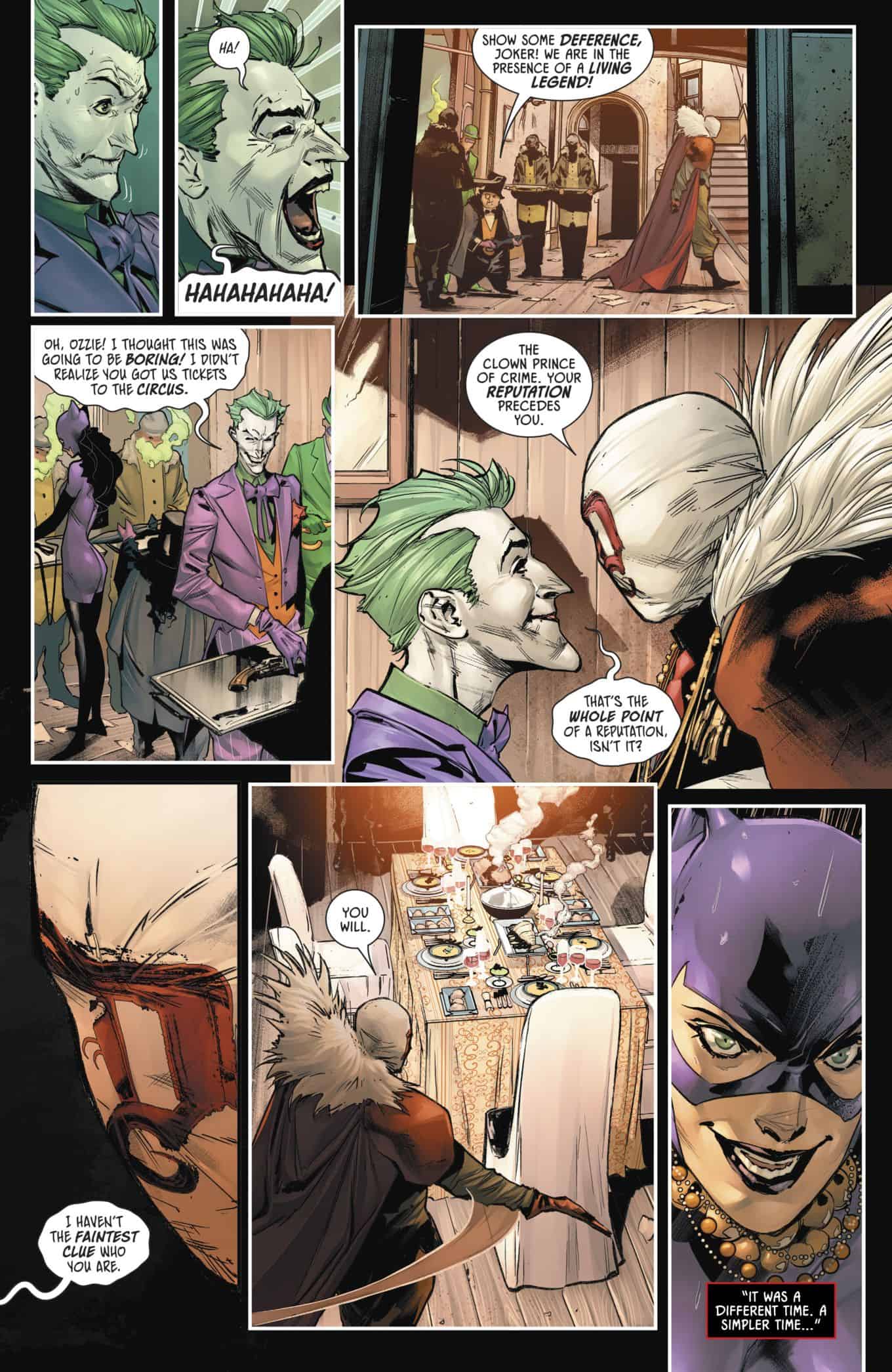 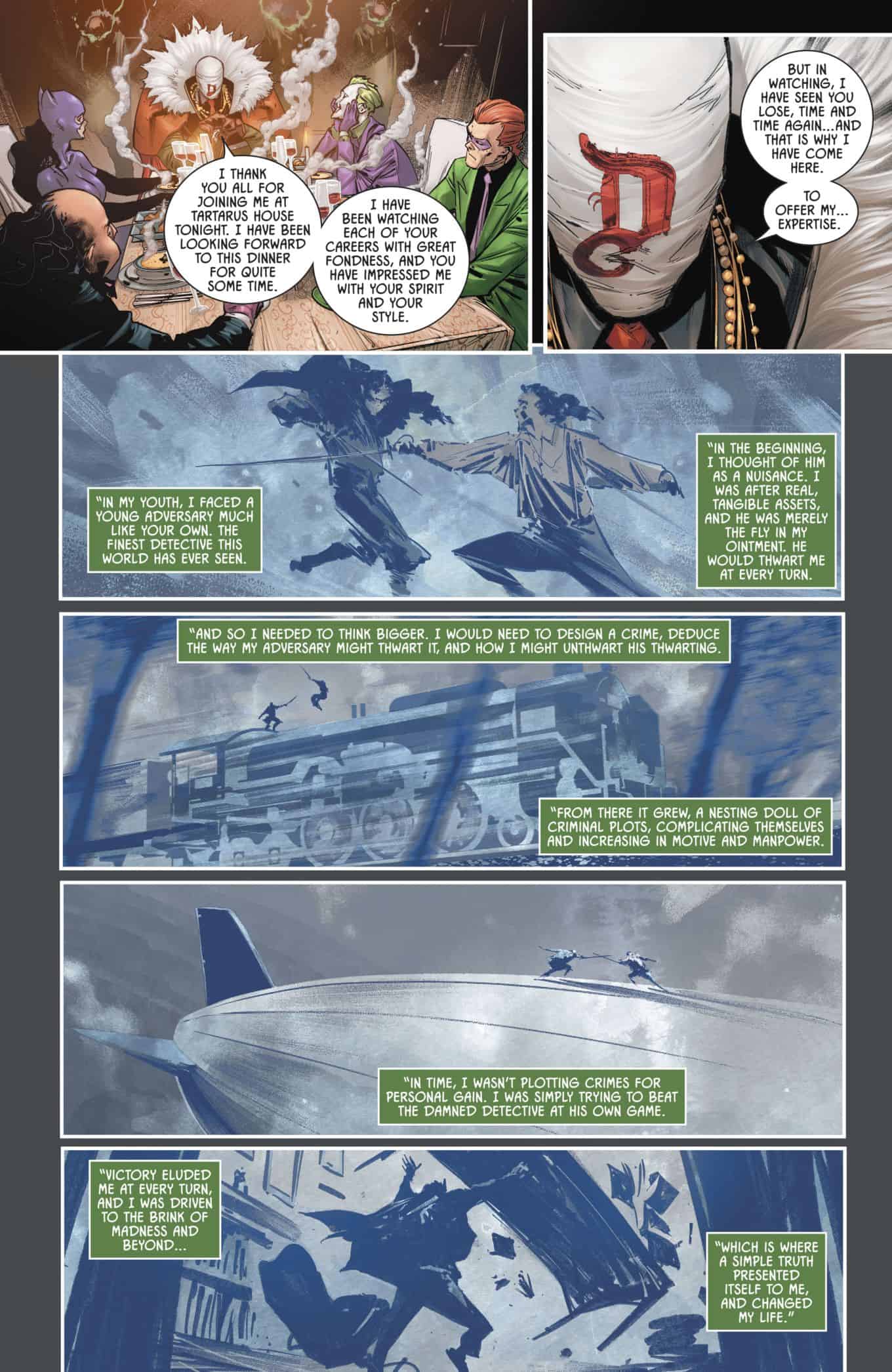 …teases him as a nemesis of Sherlock Holmes. 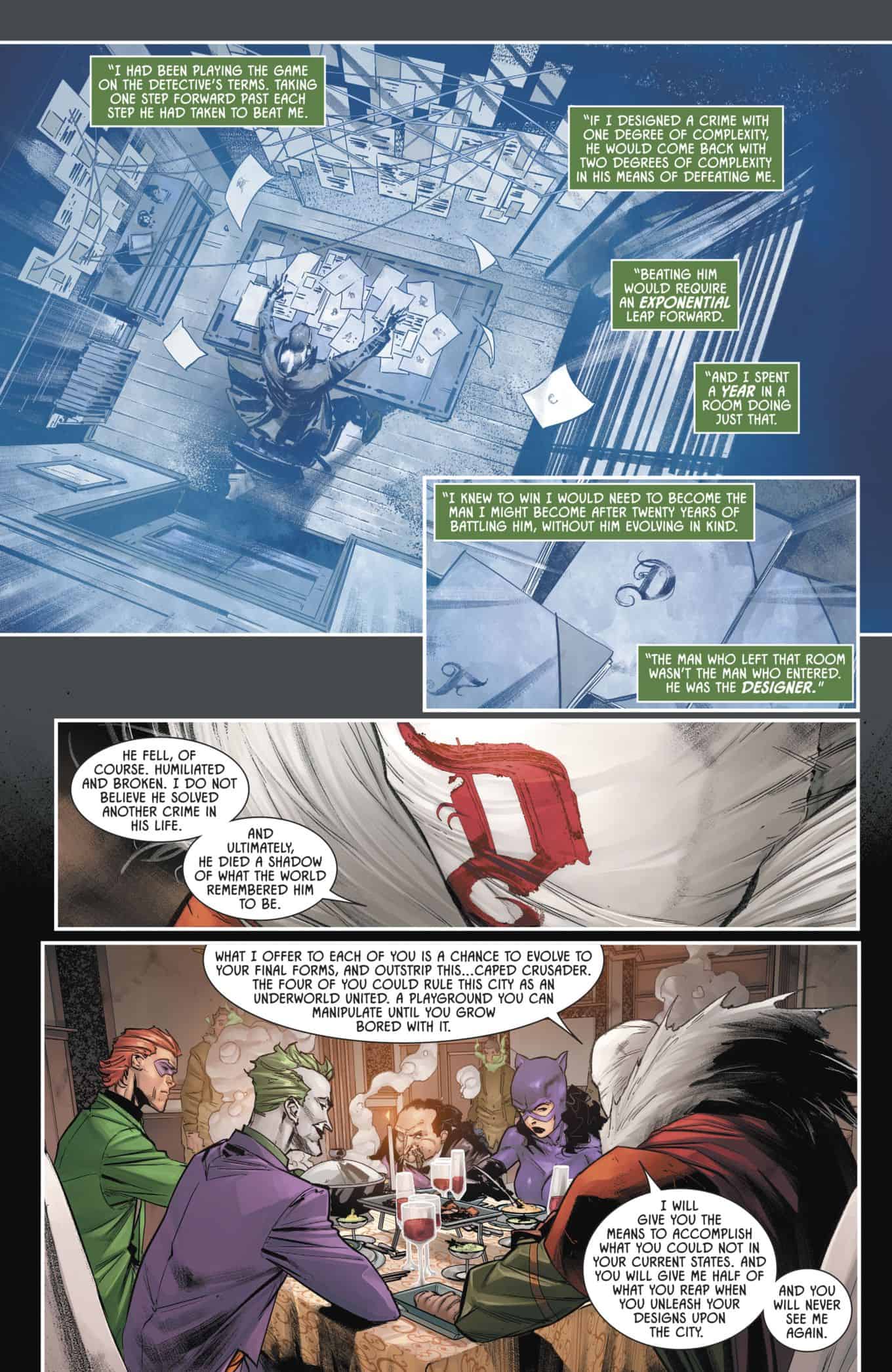 After a meal, the Designer meets which rogues separately to help them design better criminal plans; they are at stage one in his eyes and he’s going to amp them to stage ten or so. 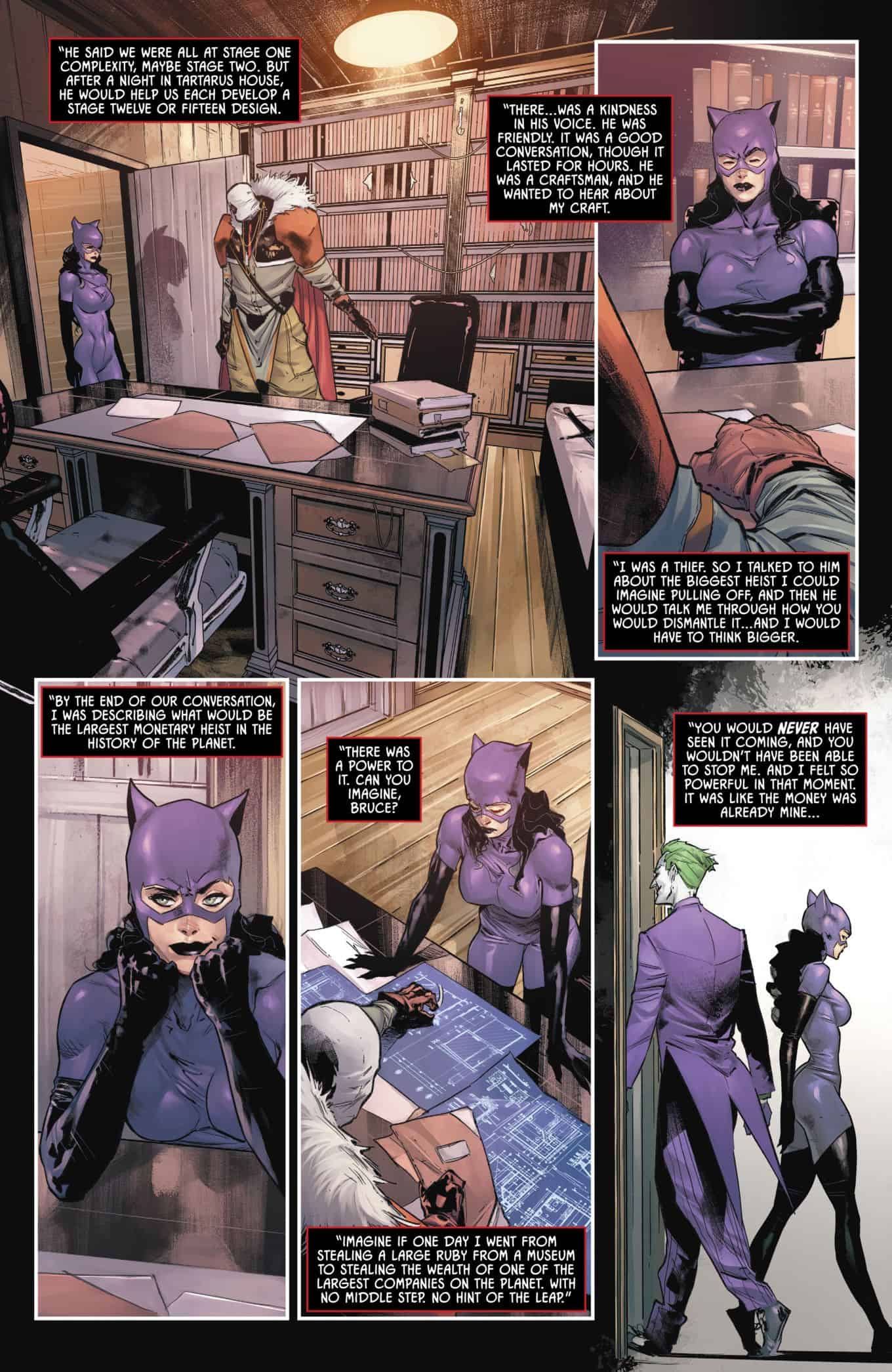 Catwoman will move from bauble thief to billionaire company thief for example; all Designer wants is half of everyone’s haul and then they’ll never hear from him again. 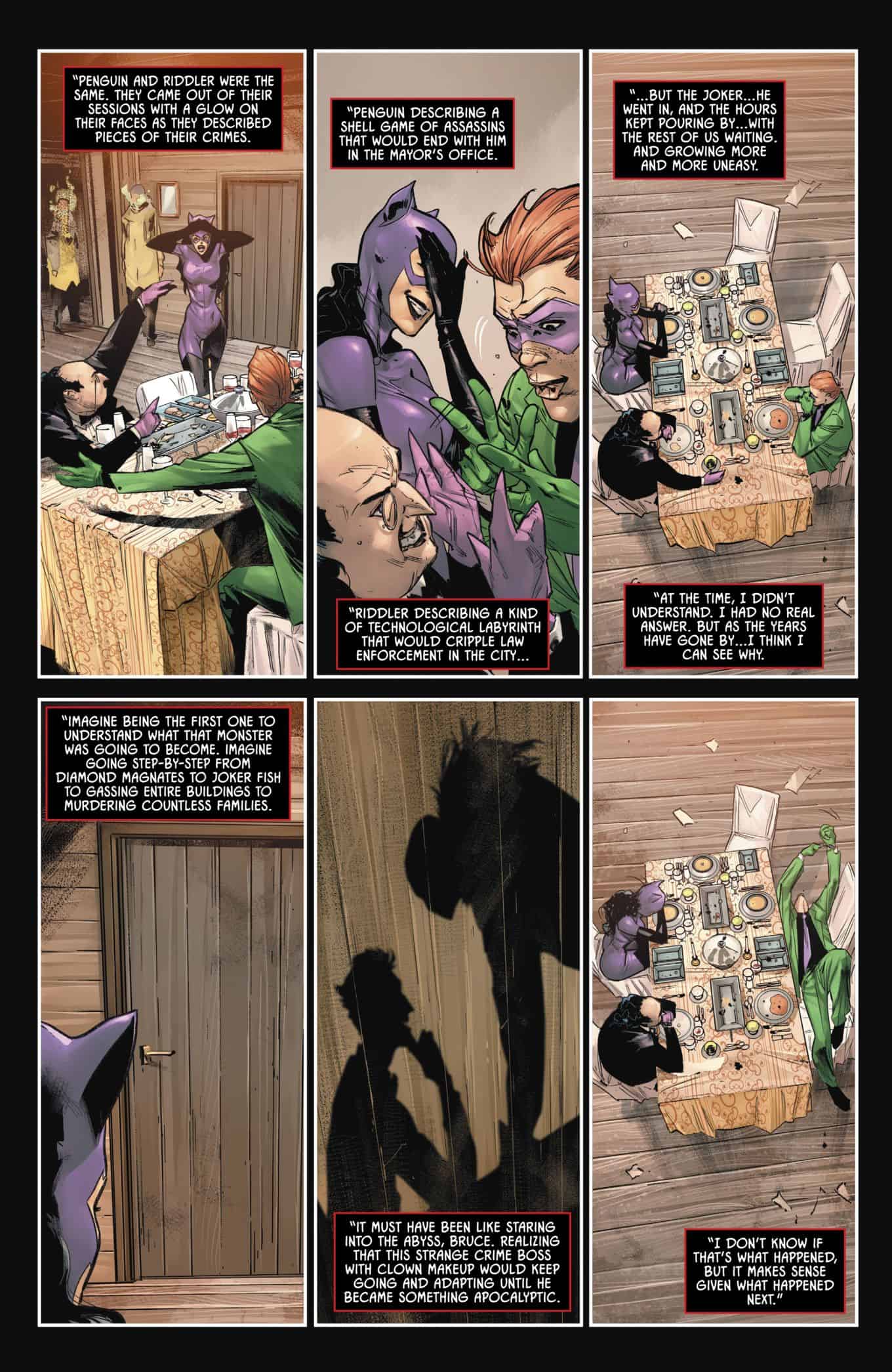 After meeting with the Joker, the Designer is enraged and wants to kill of all of the Rogues! 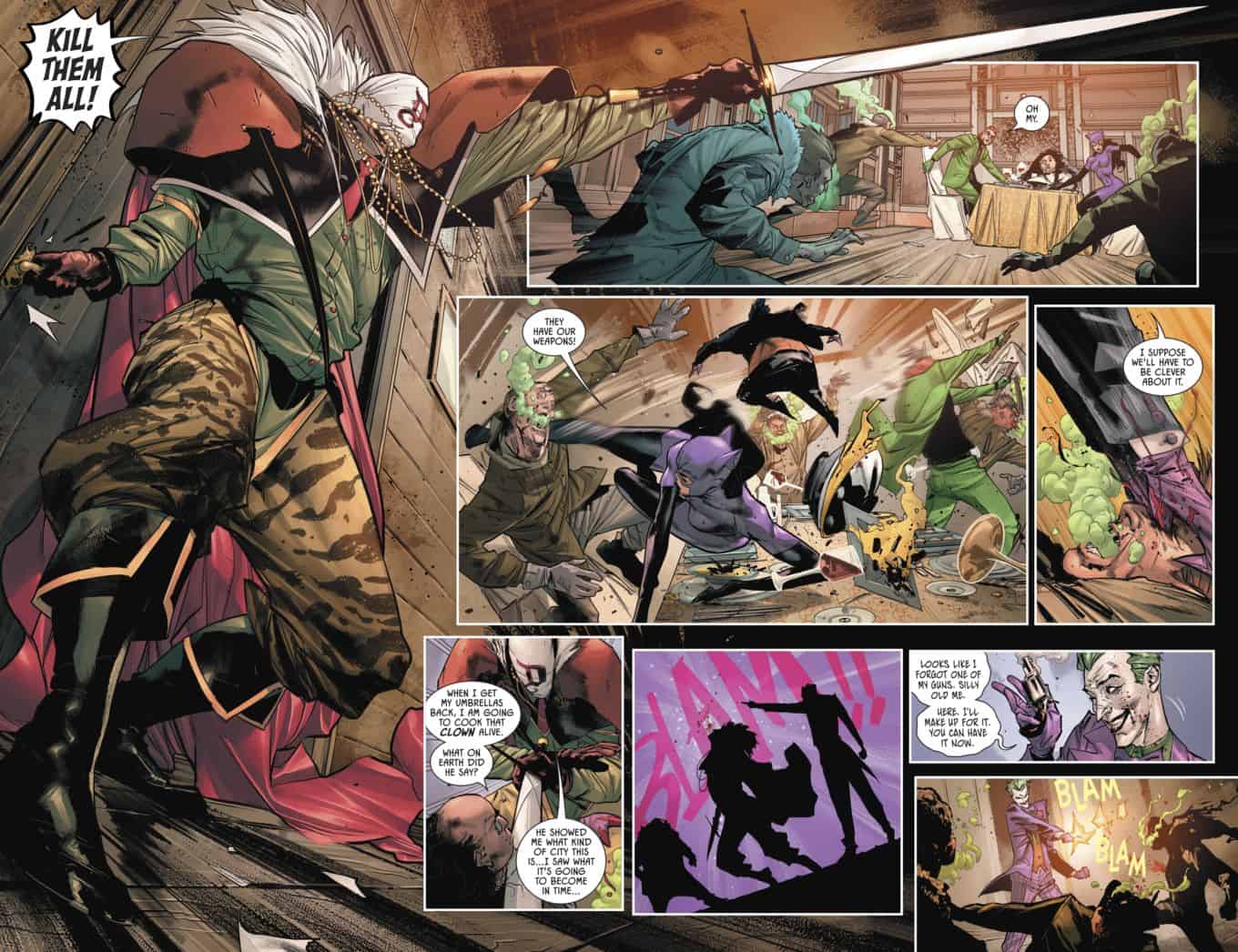 Joker indicates its all over a joke… 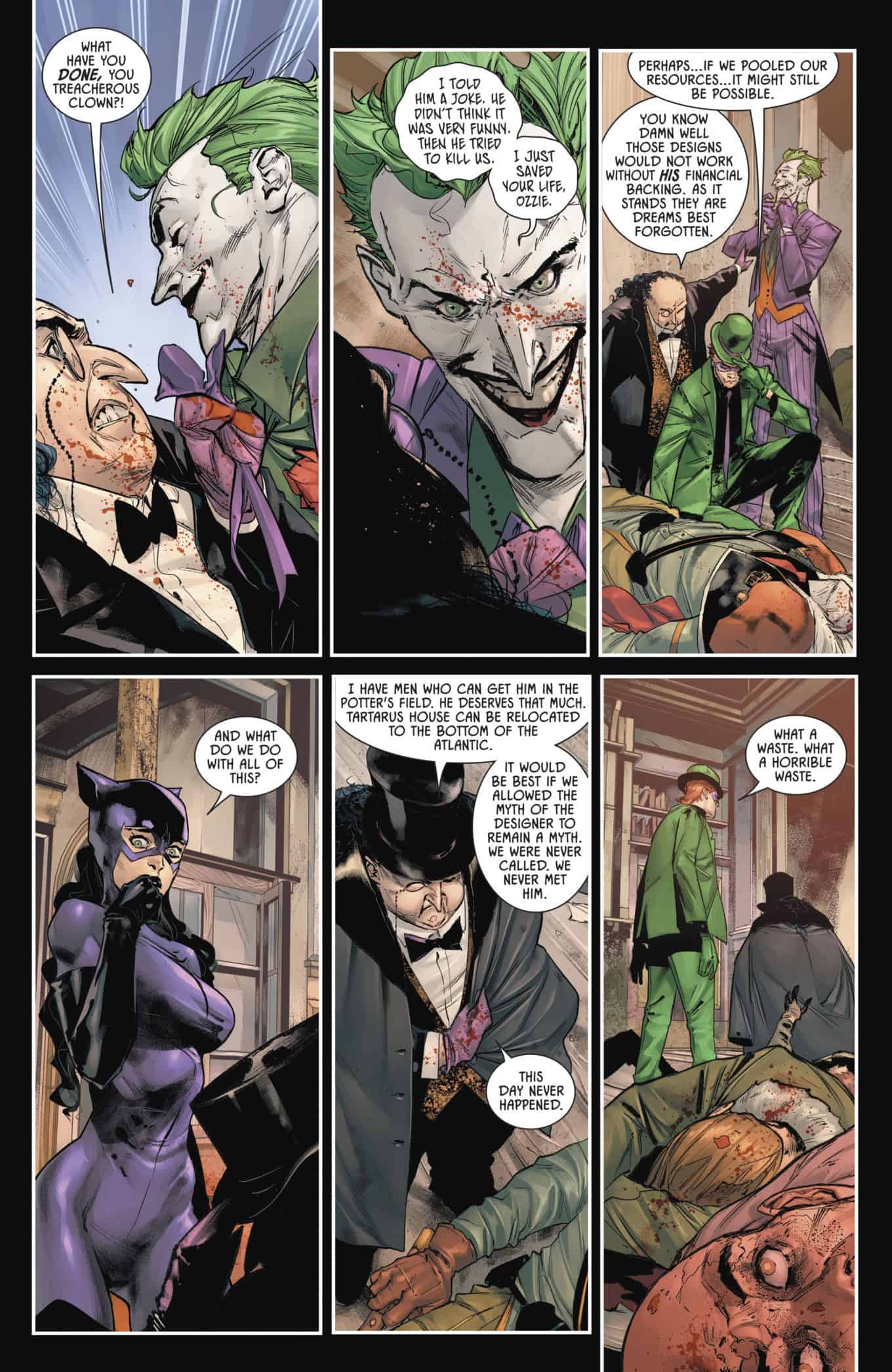 …which ends in the Joker burning down Tartarus House? 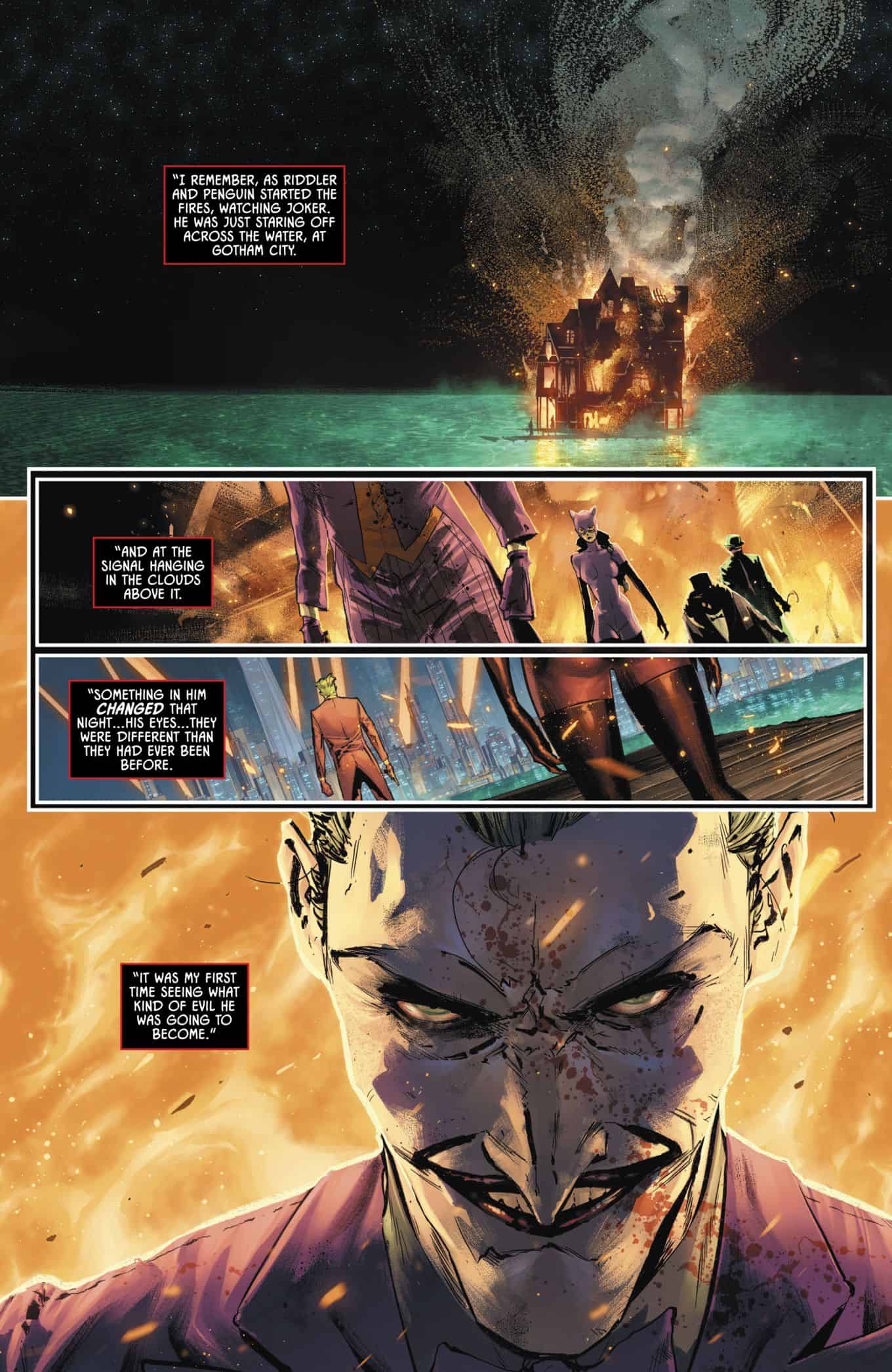 In modern day, Batman learns that the Designer’s plan for Catwoman involved stealing Bruce Wayne’s company and fortune; Batman feels the Designer is an imminent threat to his alter ego. 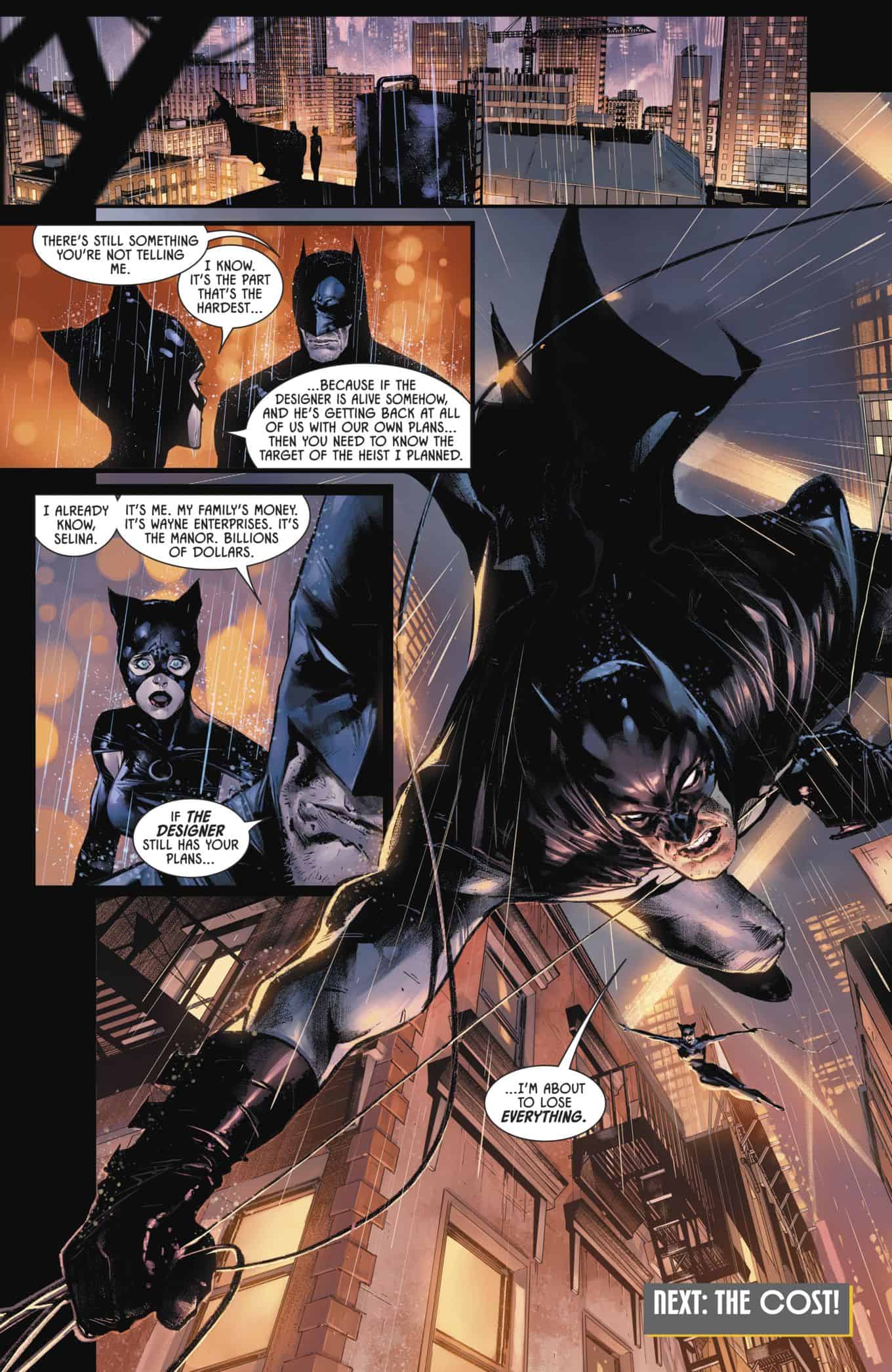 Also, in case you’re wondering, Joker’s modern day new ally Punchline does not appear in this issue. However, she is on the cover to the upcoming Batman #94. 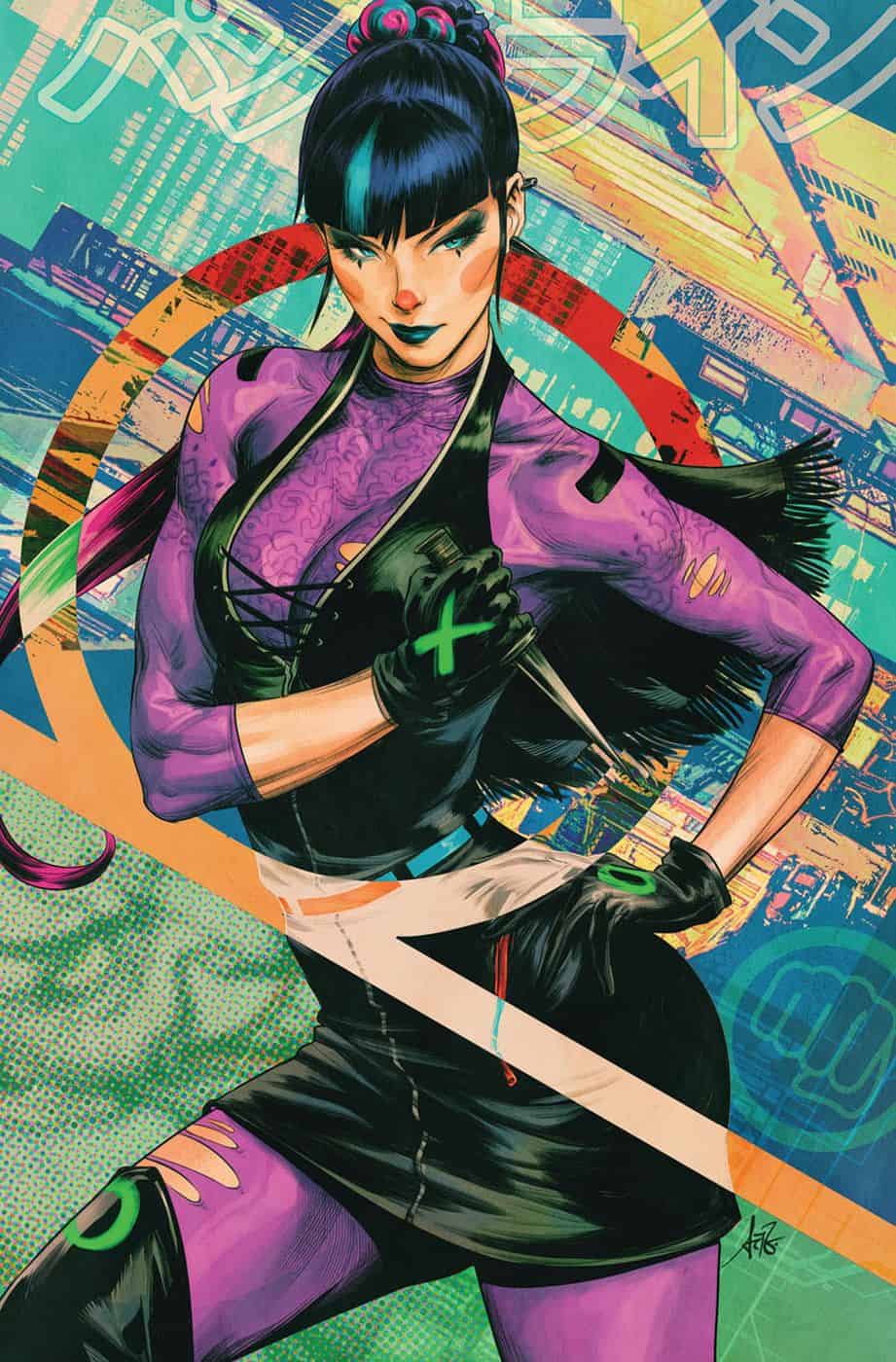