How Do You Feel About 53 Year Old WCW Icon Bill Goldberg Defeating “The Fiend” Bray Wyatt and Becoming WWE Universal Champion In 2020? 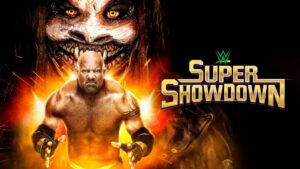 Have your say in the poll below on the road to Wrestlemania.

What do you think about 53 year old WCW icon Goldberg beating the Fiend & becoming WWE Universal Champion in 2020?

Who’s next? What’s next?