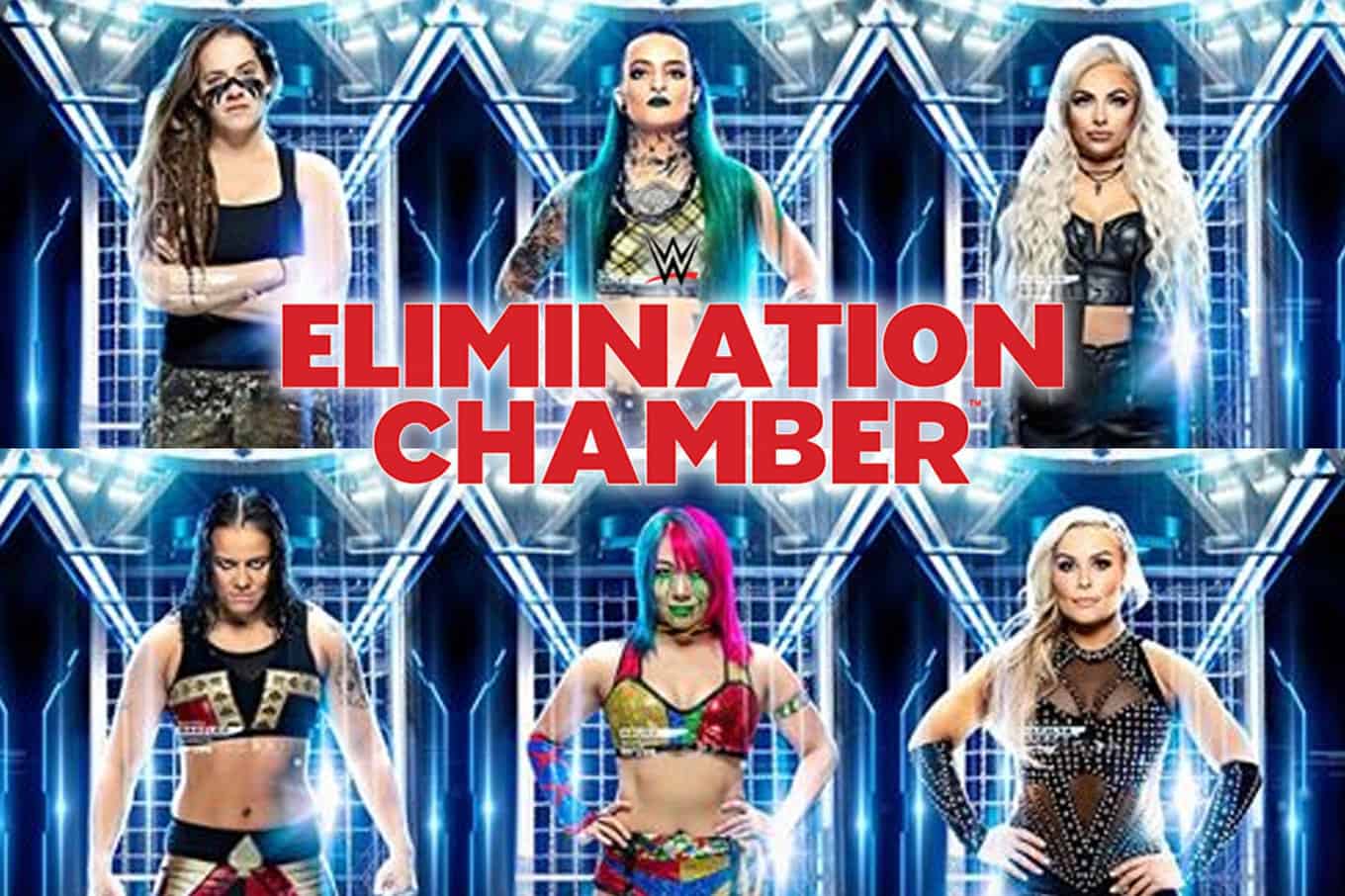 “You suck. Why dont you leave the WWE stuff to someone who likes them and you keep telling everyone the aew indy crap is the best wrestling”

From an anonymous Twitter user after my 10 Thoughts on WWE’s Blood Money Saudi Arabia 2020 PPV.

First, thanks for reading, anonymous person! Second, I think at the moment on Inside Pulse I am the one doing most of the PPVs. Third, I would love to ignore the shit WWE is pumping out but I promised some-one quite special to me that I would do this at least until the end of 2020, and I will keep that promise.

However, I will take the criticism on board and I will offer something positive at the end of each thought! Can’t get much fairer than that, can I?

And with that in mind, here’s 10 Thoughts!

1) The kickoff show… dear God. Talking heads talking and it was just a kayfabe piece of crap. Look, their video packages are so well done, but the talkingness of the talking heads just destroys so much. Even for free, it was not worth the money.

2) The Viking Raiders v Zack Ryder & Curt Hawkins
This was a match for the reason of having a match. That’s something about AEW – because wins and losses mean something, even a throwaway match like this has some meaning because it gears towards number one contenders. But here? A 5 minute Raw match. Just there, not inoffensive not bad. And I still hate the advert for the PPV you are clearly going to watch because you’re watching the kickoff interrupting a match. What a crock of crap. Thus the kickoff is over.

3) Daniel Bryan v Drew Gulak
All right, if Daniel Bryan is not the MVP on either WWE main roster at the moment, I don’t know who could be. He carried the Fiend to his best match. And here he has helped Gulak look like an absolute star. Some stiff shots, some good submissions and some decent psychology. Oh, and that neck landing by Bryan from a release German suplex looked nasty! SPOILER ALERT! Best match of the night. I love this sort of wrestling and this was a really good match. Bryan won with the LaBelle lock to a Gulak passing out submission.

POSITIVE: Don’t need it. The whole match was a positive.

4) United States Championship: Andrade (c) v Humberto Carrillo
Actually, another not too bad match. Different to the opener, which is good match placement. Not as good as the opener, which is fine, but still a good match. But why does Andrade insist on working the arm when it does not play into his finisher and does not limit the high-flying of Carrillo (like, say, working the leg would)? Still, fine match. Andrade retains with a roll up and a handful of tights.

POSITIVE: It was an entertaining match.

5) Smackdown Tag Team Elimination Chamber: New Day v Usos v Lucha House Party v Miz & Morrison (c) v Heavy Machinery v Ziggler & Roode.
Look, it was fine. Having said that, Morrison kept playing with his shoes/kick pads, LHP botched a few moves, the middle was all over the place, there was a lot of laying around and the ending felt sort of out of nowhere (the starship pain figure 4 should have ended it). There was no psychology, not really (maybe a bit with Otis/Ziggler?). The champs retain by pinning last the Usos. It was okay, but nothing great.

6) No DQ Match: AJ Styles v Aleister Black
AJ has Gallows and Anderson with him. Okay – no DQ match. Why didn’t the three of them beat 2 shades of shit out of Black and leave him a quivering mass of goo for AJ to pin? They could have shoe-horned Undertaker in there because, Taker can defeat anyone because at 54 yrs of age (older than Goldberg) heaven forbid he ever puts anyone over! Instead, we get a dull AJ/Black match, the OC attack sometimes, then Undertaker comes in, takes out the best tag team in the world and a former multi-time world champion with ease, so Black can hit the black mass (ignoring the injured leg very effectively) and pin AJ and win.

(Bonus thought: Does this mean we get Black/Taker v OC 2-on-3 handicap match at WrestleMania to hide Taker’s definciencies?)

7) Raw Tag Team Championship: Street Profits (c) v Seth Rollins and the Murphmeister
Shenanigans! Kevin Owens comes out through the crowd to watch, the AOP and Viking Raiders got involved with one another. Owens interfered (does throwing popcorn count as interference?). The tag match was a simple back-drop to the Rollins-Murphy story. And, sorry, I am yet to see the Street Profits as championship material, and this dates back to NXT. Ford just… yeah. Still, they retain. Post-match Kevin gives Rollins a stunner and drops popcorn on Murph.

8) Intercontinental Championship: Braun Strowman (c) v Cesaro, Shinsuke Nakamura, & Sami Zayn
Sigh! Three-on-one match for a title once seen as so important, now a prop in a feud between the most poorly used guys in WWE and generic big guy #296. Yeah, fine, Hang on… the heel team with the advantage won? What alternate WWE universe did I step into? Yeah, after some action the final pin was delivered by… Sami Zayn? Well, I’m shocked. Match was dull.

9) Okay, there were a heap of talking heads being interviewed by whoever that backstage interviewer is. They ranged from the generic to the cocky to the stilted to the “real people don’t talk like that”. And there were heaps of adverts. But these interview segments… I thought they were supposed to learn how to do these properly?

POSITIVE: When Ziggler was going on about Mandy Rose (yeah…), the facial expressions and eye rolls of a clearly unimpressed Roode were absolutely phenomenal. He didn’t have to say anything, but we all knew exactly what he thought about it all.

10) Women’s Elimination Chamber: Ruby Riott v Natalya v Sarah Logan v Shayna Bazsler v Liv Morgan v Asuka
First, the crowd was dead. Second, the story told was really, really good – Baszler came out fourth and just dominated everyone. She defeated everyone. She made them all tap out/pass out. Perfect story-telling from Baszler’s perspective. This should lead to an over-confident and way-too-cocky Becky Lynch losing at Wrestlemania, and then a year-long Randy Savage redemption arc that will see her get everything back at WM-37. Long term booking! Bet ya they don’t, though because… WWE. (For example, the Riot Squad breakup angle was just ignored here.) Having said that… it felt so anti-climactic. It was like a foregone conclusion match. Riott looked like she did not belong out there, Morgan was killed too quickly to be anything, Natalya was good, Logan looked fine, Asuka put up a good fight, but… Something just felt off. It lacked main eventness. Baszler won, by the way.

POSITIVES: 1) Baszler came out of this looking so impressively good. Heel, face, it doesn’t matter – she’ll kill them all. 2) Natalya taking those awesome bumps was singularly impressive. I’ve said it before, I’ll say it again – Natalya is underutilised, underappreciated and under-rewarded in WWE. Nattie, go to AEW and be the leader of the women there, bring them up to your impressive level!

So, there you have it. Nothing was really terribly bad. The best match was the opener, the tag elimination chamber matches was watchable, Baszler looks like an absolute star and a killer (and I love it!), the US title match was fun, Sami Zayn got what he deserved, and, yeah, it was a PPV.

That’s it. It was a PPV that we’ll forget in two weeks and at the end of the year ask, “Was there and Elimination Chamber PPV? Oh, yeah, that’s right…”