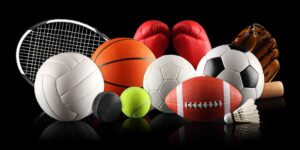 NBA has suspended current basketball season for at least 30 days, NHL has paused its hockey season until it is prudent to resume it, MLB cancelled Spring Training with the season debut delayed for at least two weeks from the original plan, MLS has cancelled upcoming tournaments as well as championships, NCAA cancelled March Madness for men’s and women’s basketball as well as cancelling all other winter and spring championships, UFC relocating upcoming events as well as considering to hold events with empty stadiums and WWE moved this week’s Friday Night Smackdown to their Performance Centre instead of a love crowd, plans for next Monday Night Raw is unknown and they may move Wrestlemania 36 into the summer around June / July 2020 as part of contingency planning.