A Gory Extra-Sized Issue Where Big Bads Have… 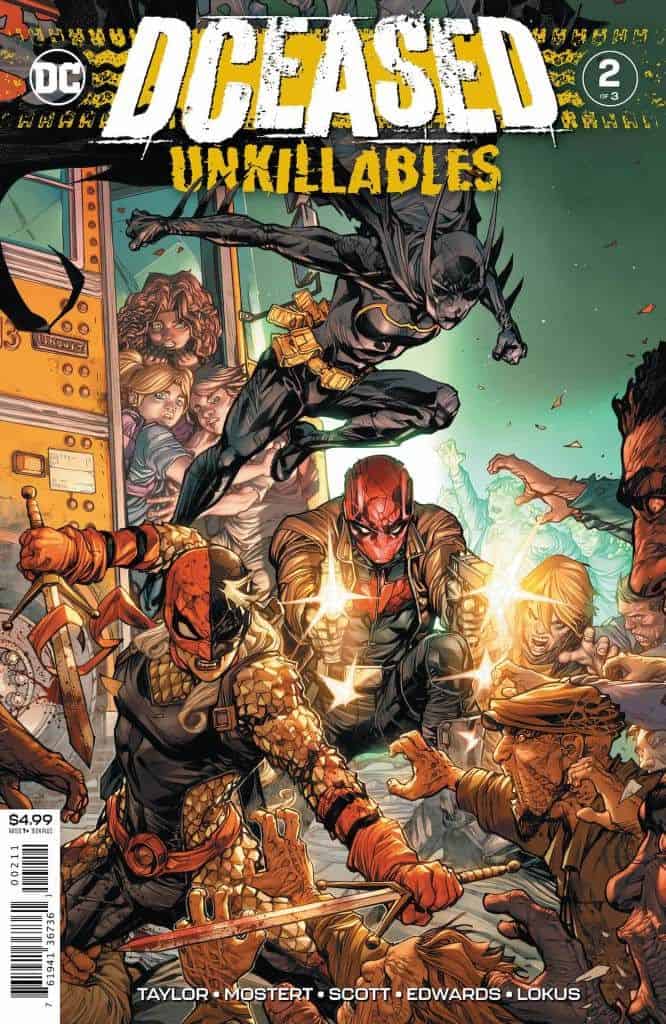 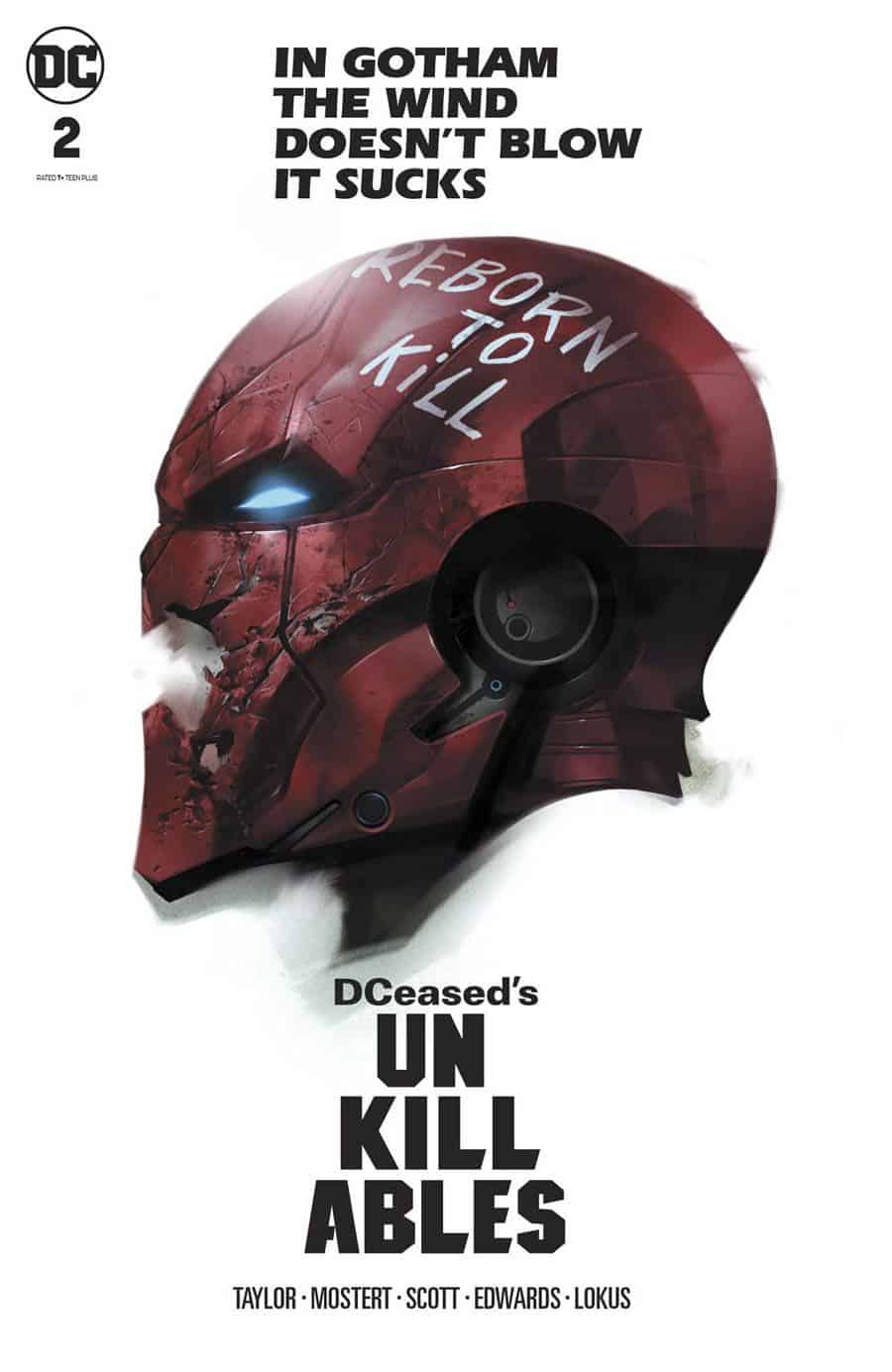 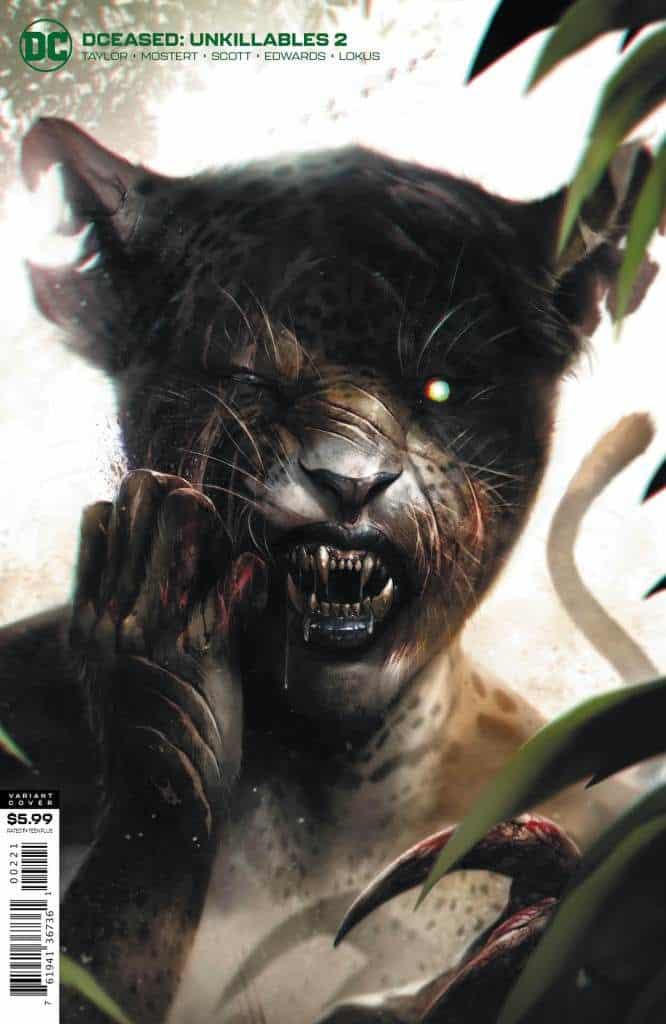 At the end of the surprise hit original DCeased mini-series (full spoilers here), the super-heroes and surviving population of Earth escaped the zombified planet and found their new world; an Earth 2. 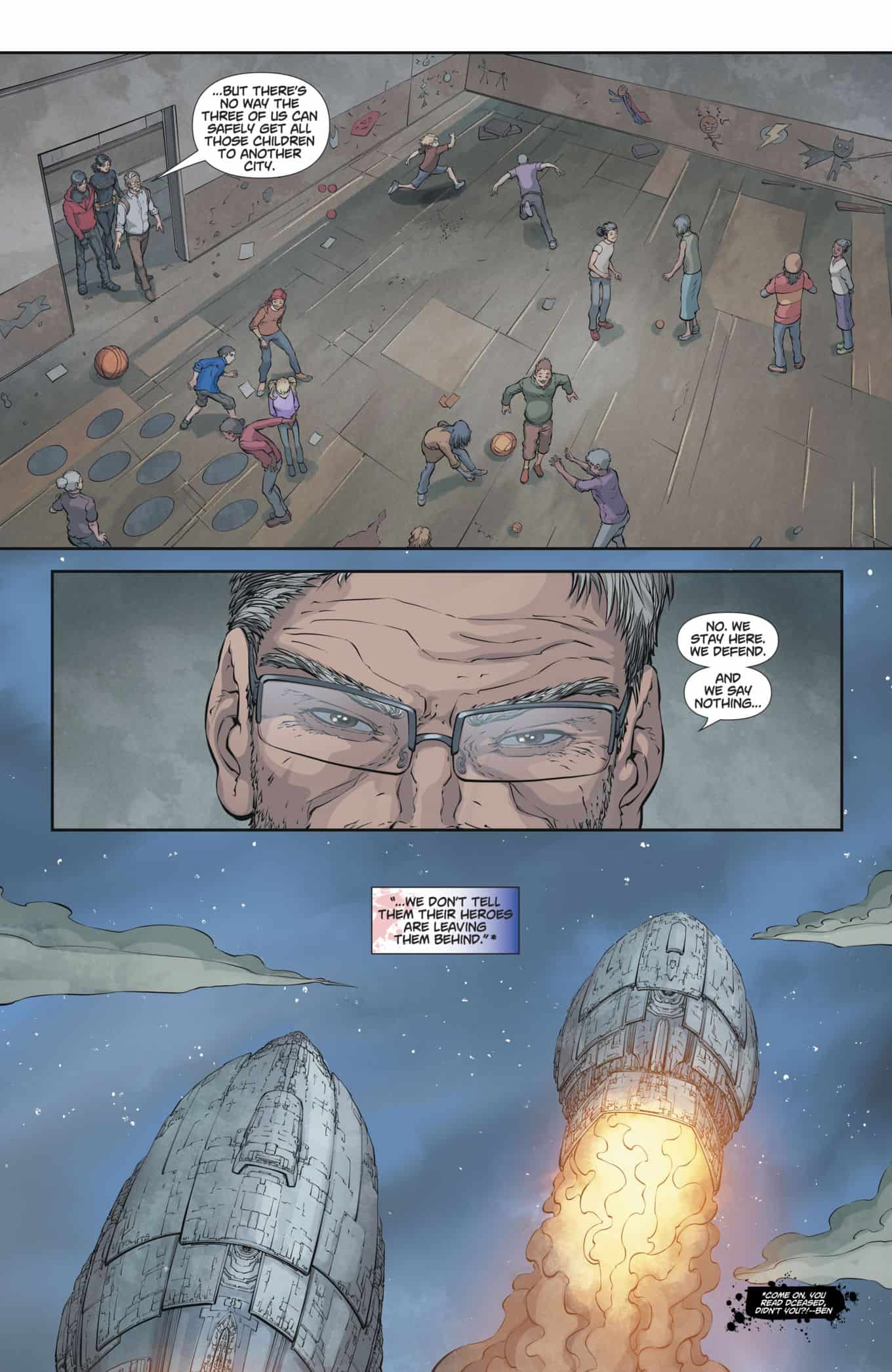 Well, looks like they left many behind including some anti-heroes, villains and humans; Batgirl wants to save the children she and GCPD Commissioner James Gordon are protecting with the Red Hood.

Batgirl’s mom Lady Shiva wants to save her in Mirror Master’s mirror realms, whether she’s conscious or not, but Batgirl wants the kids saved too; a battle ensues. 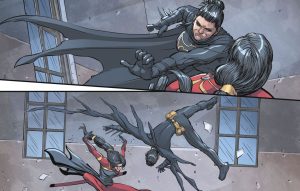 Shiva leaves, with Mirror Master, but without her daughter who stay behind with the kids and her fellow protectors. 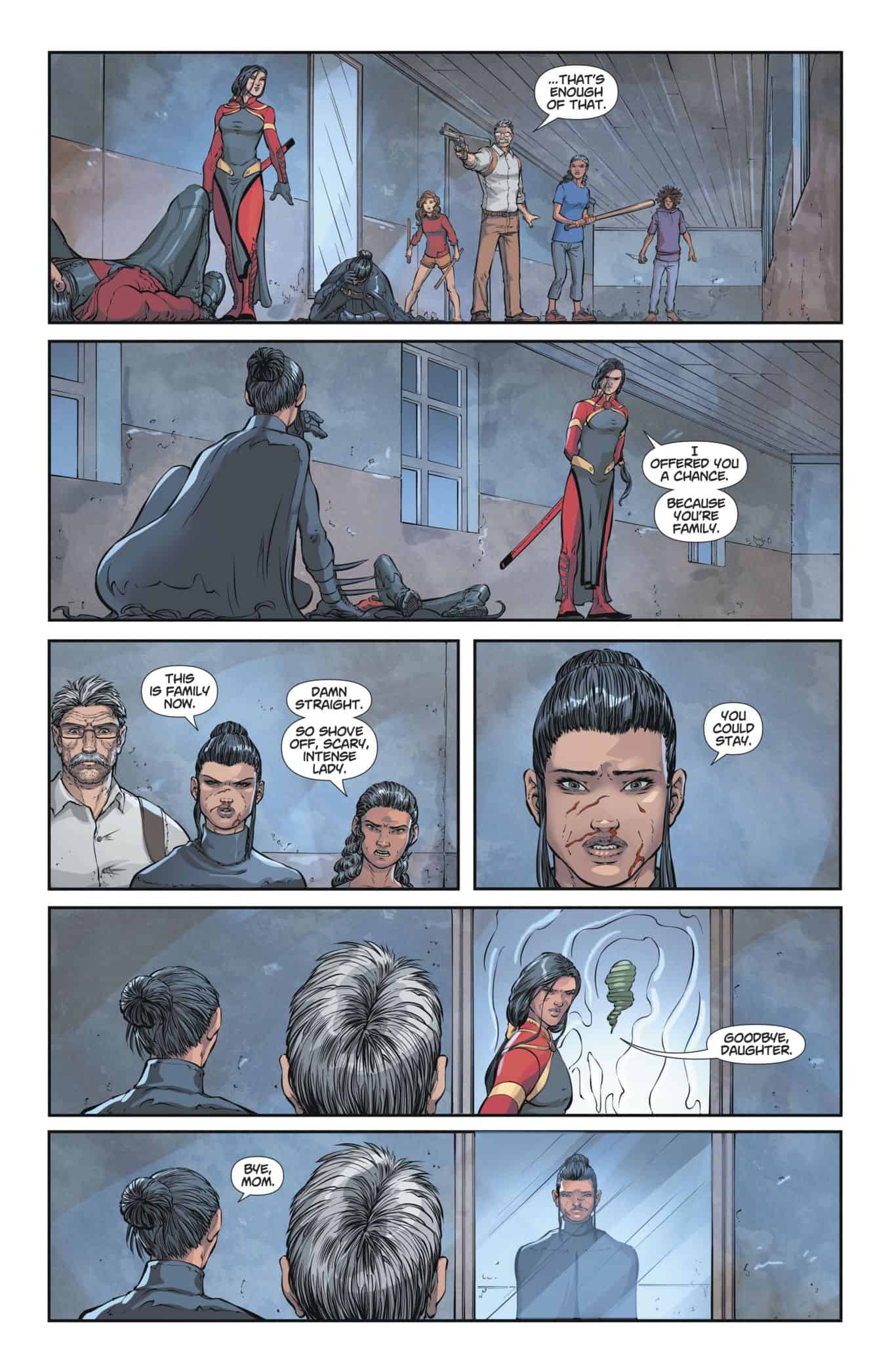 They join the rest of villainy with Vandal Savage, Deathstroke, Bane, Cheetah and Ravager (Deathstroke’s daughter).

Savage has something to show Deathstroke behind a huge locked metal door; it is…

…betrayal at the hands of Solomon Grundy!

Savage wants to know why Deathstroke, and the Creeper, are immune to the Anti-Life Equation; so he wants to cut them open.

The Ravager saves her dad Deathstroke; she also has some new powers in this alternate universe as she can see into the immediate future and something scary is coming!

Mirror Master took his fellow villains back to where he and Shiva left Batgirl and the team there, but goes back to pick up Captain Cold. Unfortunately, he’s been zombified and Mirror Master is next!

Deathstroke, being strategic not clairvoyant, knows Mirror Master and Captain Cold won’t be joining their team.

Deathstroke and Jim Gordon disagree about what do with the kids.

They have a heart to heart privately and Gordon grudgingly agrees with all of what Deathstroke proposed.

Gordon will lead this ragtag group and they’ll train the kids to protect themselves, but how to go on the office.

One bit of housekeeping involves the trapped zombies in a locked room on the premises; Red Hood and the villains assassinate the zombies including a zombie Billy Batson aka Shazam. 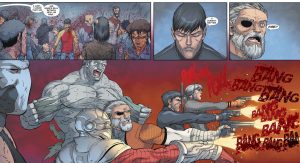 Later, the kids meet the villains and their training begins; each villain has something to teach them including marksmanship by Deadshot.

Mirror Master then tries to kidnap the children; Deadshot protects them and is either killed or turned.

The remaining forces surround the kids as… 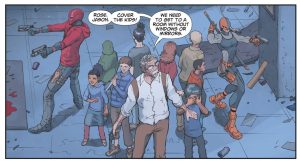 …Bane lets the zombies in for the series’ finale next issue! 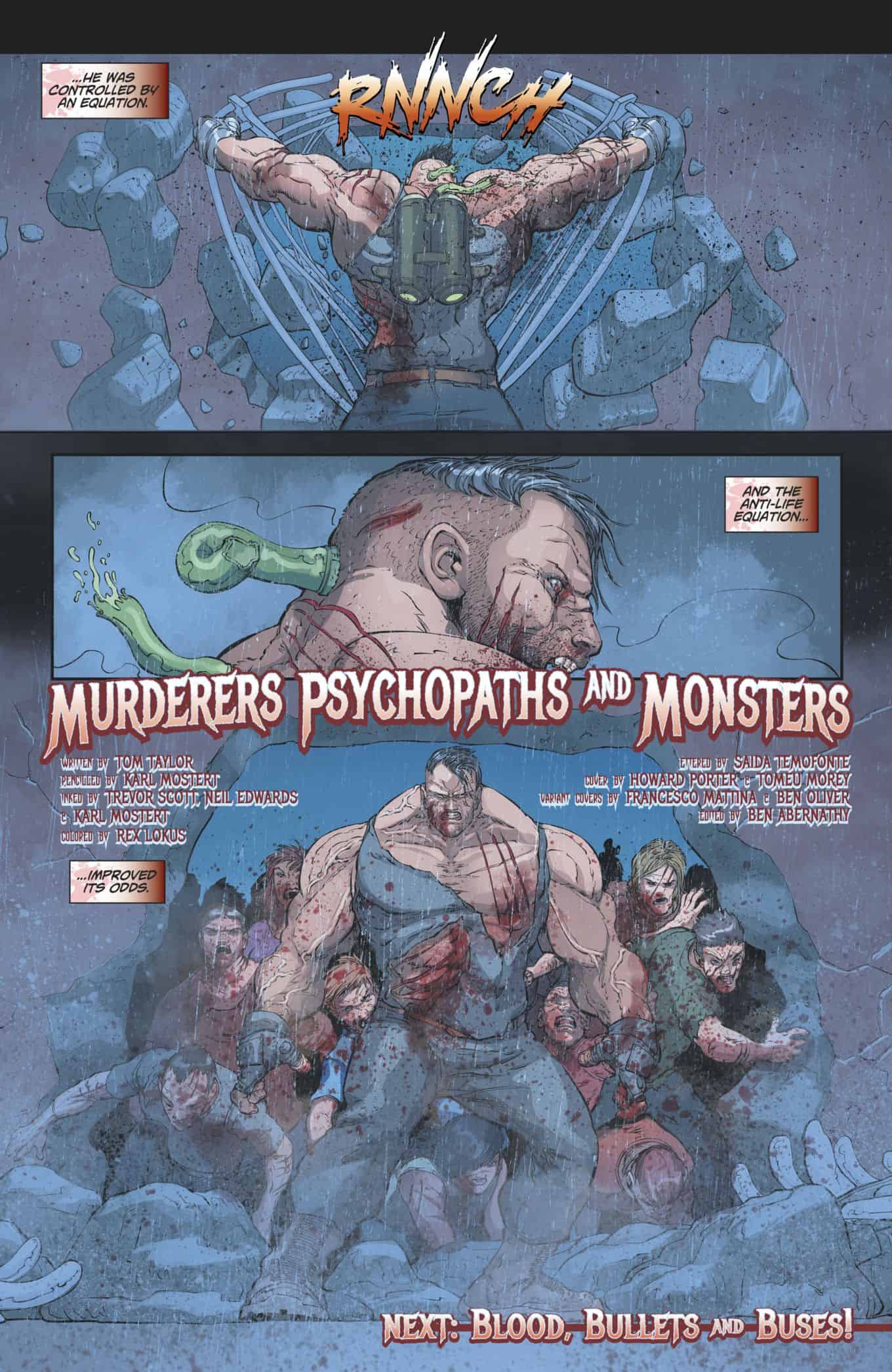 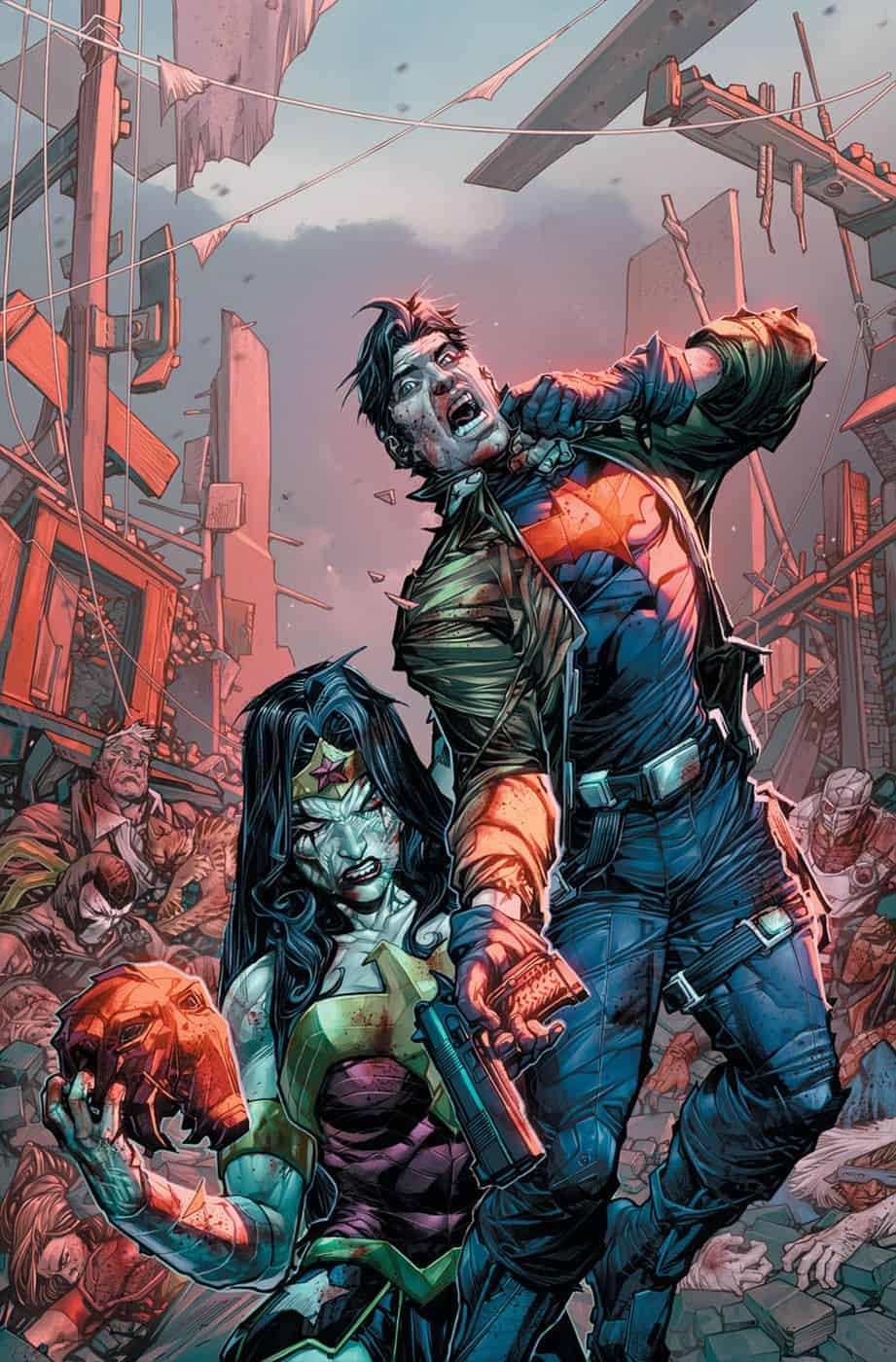 …we get a new six issue series with DCeased: Dead Planet (spoilers here)

A bloodbath from beginning to end with villains proving to strong leads. Art is a bit dodgy for me, but seems to suit the excellent story. Awesome covers. 7 out of 10.