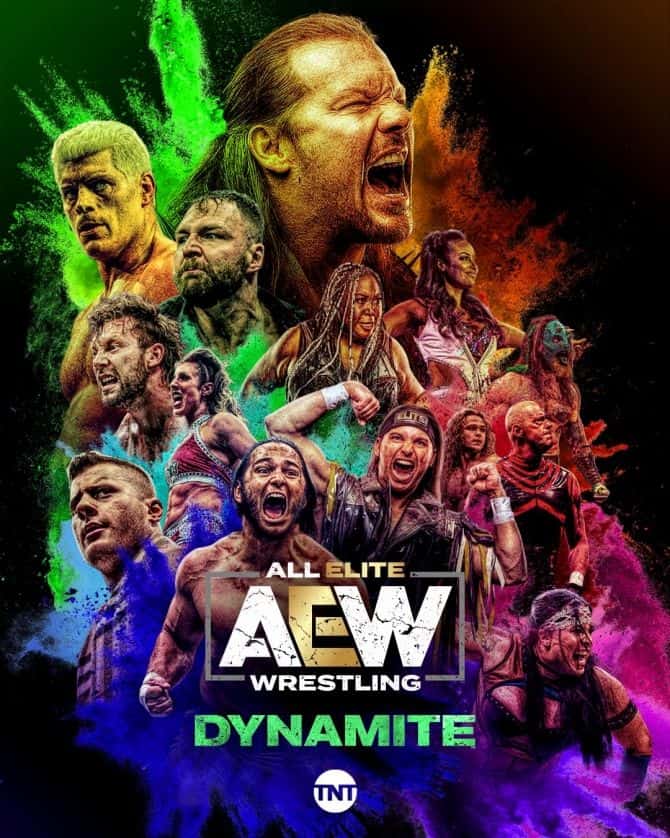 We are well and truly into the era of no-crowd sports. As I write this, the Australian Rules Football season opens tonight in front of no crowds. WWE has put on no-crowd shows. Soccer leagues in Europe are doing no crowd shows.

Sign of the times; we need to get used to it, I’m afraid. So let’s see how AEW cope with this strange new world of ours.

1) Cool opening in the ring by Cody, Kenny Omega and Matt Jackson, acknowledging the situation, and the whole Elite v Inner Circle thing, with a little appearance from Hangman Page. Then Kenny says to hit the pyro.

2) Tony with MJF, who says he doesn’t need to wrestle, and then he’s seen gambling with Spears… and Tony gets involved and I laughed.

3) Best Friends v Lucha Brothers. Having the other wrestlers as the crowd (“Let’s go, masked guys!”) gave it at least some sort of a feel, as opposed to a completely empty arena show. That emptiness worked for the Smackdown, not so much for the Raw. Anyway, good match – really good match – which saw Orange Cassidy fall asleep at commentary, JR sound like he was having fun and a Lucha Brothers victory. Next week the Best Friends want the Lucha Brothers in a parking lot street fight. As in, in a real parking lot. So, as well as Blood & Guts, we get this!

4) Women’s Fatal Four-Way: Penelope Ford v Riho v Kris Statlander v Hikaru Shida. The women’s matches are getting better on AEW! These four put on a good match, one of the better in their division so far. The commentators really put over Ford, even if she does botch (nastily) a move. They’re not at the level of Flair (C), Ripley, Lynch, et al. but they are better than Lacey, Bliss, Carmella and that lot. The improvement has been noticeable. Shida pins Ford to win.

5) Tony interviews Colt Cabana, Kip Sabian and he have words and a potential feud is teased, and, damn, if it didn’t work. So simple, so effective. Then earlier today Tony spoke with Jon Moxely… again, short, sharp and shiny: he’s been banned from ringside but he’s coming after the Inner Circle.

6) Butcher & Blade v Jurassic Express. Decent tag team match, but B&B need something more with their character. The commentary is quite amusing, including a few digs at WWE (“The apron is the hardest part of the ring.” “I would argue that’s the ring post.”). Jurassic Express win. A little sloppy at times, but not bad.

7) The Dark Order claim The Exalted One is near until SCU interrupts. Daniels says there is no Exalted One. There is a video to interrupt him. It’s Brodie Lee (Luke Harper in WWE)! So Matt Hardy is staying with WWE? The Dark Order then reduce SCU to putty. Another trio? I, as a fan, NEED a trios title in AEW! Still not sold on the Dark Order as a character unit, but Brodie Lee should make them a much better wrestling unit. 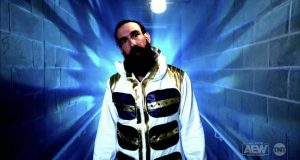 8) Jake Roberts gives a cool promo – he is going to be an awesome manager! Then we have a strange Lance Archer vignette where he kills a bunch of backyarders. That… didn’t work so much.

9) Main Event: Jake Hager, Santana & Ortiz v Cody, Matt Jackson & Hangman Page. Sammy sings Chris Jericho to commentary with the worst version of ‘Judas’ ever. According to the intro card, Adam “Handwash” Page has been social distancing since November. 20 minutes of action. it lacked a something, but maybe that was the audience. Wrestling depends on the audience to feed from and this match was where that was felt the most tonight. Now, it was far from a bad match. In fact, it was quite good. But that lack of audience did hurt it. Jericho was great on commentary. The Inner Circle did end up with the win, and more dissension in the Elite ranks was teased. The Inner Circle get the advantage going into Blood & Guts.

10) Post-match, Jericho goes on about the Inner Circle having all the advantages, especially being 4-on-5, having no dissension in their ranks, winning tonight. Then a drone interrupts Jericho. Matt Jackson says he made a phone call to a friend who owed him a favour. Matt Hardy appears on the balcony! He’s going to be the fifth member. Well… I was NOT expecting that! Cool ending! 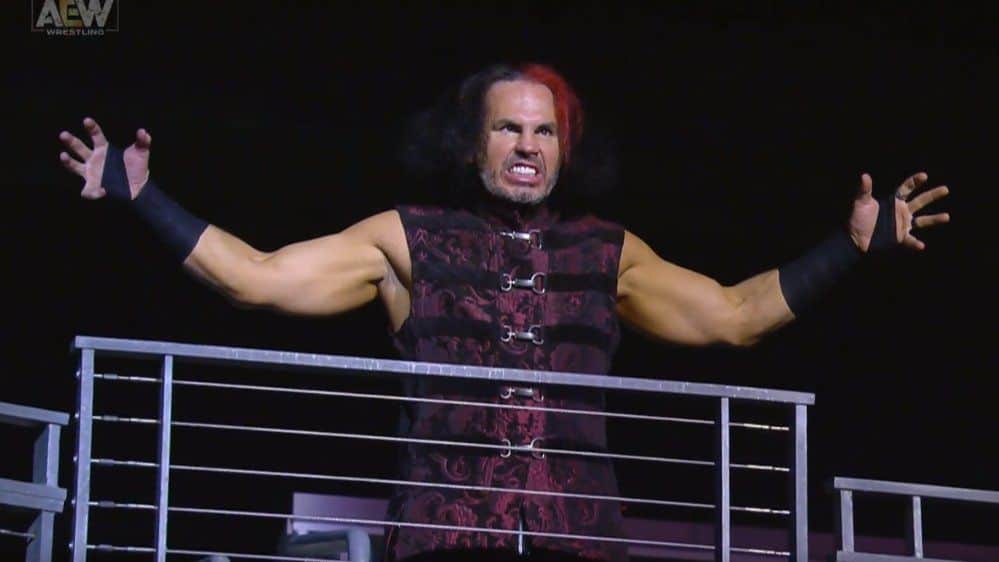 This was actually fun. The little jokes, the crowd being wrestlers – it worked. If this is what we are forced to have now because of disease, then… yeah, I think it’s okay. Take the noises of that first match – the sounds of the kicks and the punches – the fun on commentary, the wrestlers being the crowd… It works for what it is.

But, by God, I am looking forward to the next show (whenever that will be) because that should be freakin’ insane.

AEW wasted no time in unveiling merch for Brodie Lee and Matt Hardy.

Also, while at times it was overdone, I did find have the wrestlers as the folks in the crowds adding some “crowd noise” added a bit to the product than an empty and silent studio / stadium broadcast.