Is Outlawed A Five Title Event Or Contracts To Three Books? The below five books kicked off Outlawed, but only three of them have the Outlawed branding. What gives? Solicitations and covers below.

Night Thrasher and his New Warriors picked a side – the side of the law! And that means shutting down teenage vigilantes…even if they’re supposed to be friends. Luckily Night Thrasher doesn’t need friends. At least, that’s the lesson he’s giving his new recruits – after kicking one of them out. Turmoil abounds! Betrayal lurks around every corner! Villains are revealed! It’s another can’t-miss issue with the tightest team around!

• The Power Pack is in over their heads (metaphorically) as their powers are (literally) about to start misbehaving and shutting down!
• Only they don’t know that yet, which is what’s known to STUFFY OLD LITERATURE PROFESSORS as “dramatic irony” and known to everyone else as “oh dang, that’s some exciting and suspenseful comic soliciting!” Sophocles used it! Shakespeare used it! Now it is our turn to experience dramatic irony.
• As if that weren’t enough, the Power Pack faces ANOTHER threat they never saw coming, delivered to them by special guest…TASKMASTER!
• Honestly, given how badly things are going, it really seems that one or more of the Power Pack should die in this issue. DO THEY?
• Heck, you’ll have to buy this (Julie-narrated!) issue to find out! 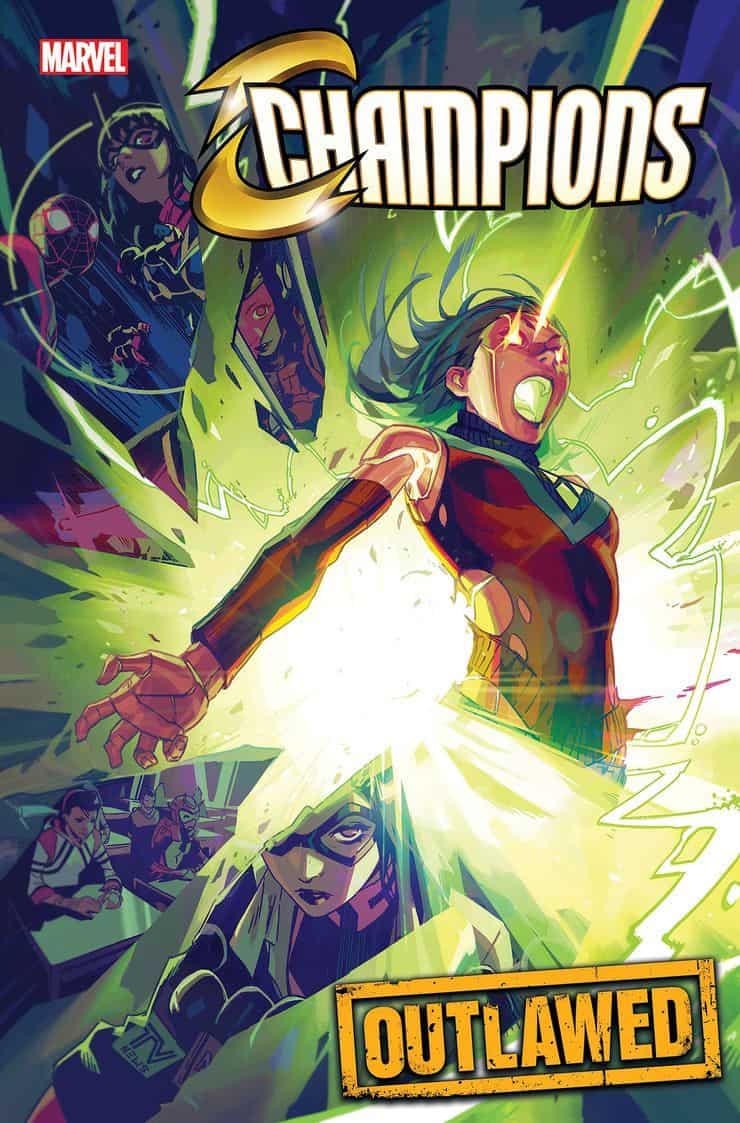 • The Champions are on the run! Ms. Marvel, Spider-Man, Nova and Ironheart race to stay one step ahead of C.R.A.D.L.E., but someone keeps leaking their location, and they’re running out of places to hide.
• With a spy in their midst and their allies locked up in a disturbing correctional school, they’ll turn to the one adult they know they can still trust…

• AMULET RETURNS – just in time for C.R.A.D.L.E. and Dum Dum Dugan to crack down on the teen heroes of Jersey City!
• An arcane horror threatens everything Amulet and Ms. Marvel hold dear – but can they do anything to stop it when they could be arrested at any moment?

• No one knows the full consequences when worlds collide: Are there aftershocks, echoes, doubles?
• Miles is already battling a man who shares his name. What does it mean when he finds someone with his face in his family living room?
• Was this clone made or born? And which Miles will survive this saga?