ComicHub Proposal To Get Readers New Digital Comic Books Content From Publishers Due To Pandemic Collapses Due To Retailor Revolt!

As Diamond Distributors is not distributed any new print comic book content for the time being, the original Comic Hub proposal as explained by John Hendrick of Big Bang Comics on April 1, 2020:

By now, a lot of you have heard the story that there is a new initiative in the Comics industry being spearheaded by #ComicHub, the Comics Retail System a lot of stores use these days.

And there are a lot of questions going around too!

Let’s see if we can clear up a few bits…

What this will be, effectively, is a pre-ordering service where you buy a physical copy of a new comic (to be filled later when shipping goes back to normal) BUT you get to go to the Comichub website and read a digital version of that straight away.

What this does is that it allows retailers, publishers and creators to still get paid in these very uncertain times.

It’s NOT a digital first initiative! Customers will still be buying their comics from their normal comic book store!

We really believe that this can help EVERYONE right now.

It means that YOU can still read the comics you love and support your shop.

It means that creators will still get regular income.

It means that shops will get sales at a time where it’s sorely needed.

There is more information coming out soon, with further details.

We wish it was ready to announce right now, but this is being done in very different time zones, so things are taking a little longer to put together.

But we’re getting there!

This was set-up by people that LOVE the comics industry.

And are looking at ways to minimize the stress of this unheard of situation.

These are crazy times, let’s see if we can make things a bit better! 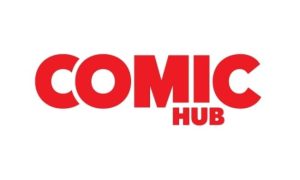 As of April 2, 2020, not even 24 hours later, the initiative is dead according to Hendrick via Newsarama:

“The ComicHub advance digital reader copy initiative isn’t going to move forward right now. It’s obvious from the concerns voiced by our peers that this isn’t an initiative they can get behind. This was designed by people who love comics with the best of intentions, to get cash flow back moving in our industry again from the retailer all the way up to distributors and publishers. But until such a time as we can all agree on a solution that fellow retailers can support there is no point in Stu [Colson owner of ComicHub] continuing this at this time. Unfortunately publishers who were interested in joining the platform now aren’t and we can 100% understand their decision despite the positive reception by customers and creators. This might not have been a long-term solution but we didn’t need it to be one. We just needed it to tide us over until the industry returns to normal. Whenever that is but hopefully soon.” 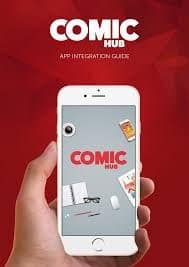 Any option that would see digital comics out well in advance of print comics will likely not be supported by the direct market retailors who are currently suffering due to varying government quarantining efforts due to the Covid-19 Coronavirus Pandemic.