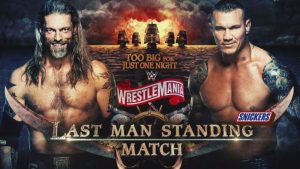 As part of their Last Man Standing Match, that saw Edge outlast Randy Orton, there was a faux hanging scene where Orton tried to string up Edge with weight machine cable. 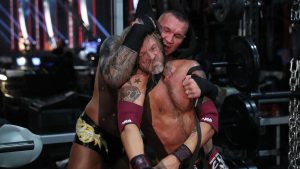 This drew the ire and gasps from many WWE talent as well as viewers due to the Chris Benoit’s 2007 murder of his wife and a son and his own suicide by hanging. 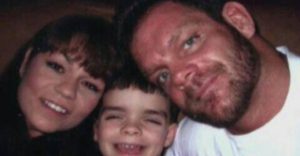 This would be a different situation had the match been live in front of an audience, but considering it was taped in advance and aired, WWE chose to air that hanging scene. Were they obtuse about what it would evoke? Difficult to say.

WrestleMania 36 day 1 results are here with day 2 results here. Plus, here are almost 50 separate thoughts on the event. Finally, have your say here.