Controversy Over Alleged Legal Troubles For Rhea Ripley? Expected To Be Absent From WWE After Dropping NXT Women’s Championship To Charlotte Flair At Wrestlemania 36?

Earlier this week, PW Insider reported that NXT Superstar Rhea Ripley’s work visa had expired and that she had returned or was en route returning to her home in Australia. Getting updated legal papers to work in North America was believed to be a prolonged process due to the Covid-19 Coronavirus Pandemic.

It was then speculated that this was the reason why Ripley dropped the NXT women’s championship to Charlotte Flair at WrestleMania 36. 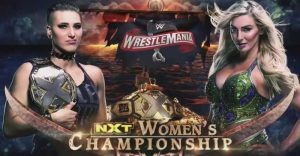 “Yo wrestling world… still in America.”

Wrestling Observer also reported that Ripley is till in Orlando, Florida.

In addition, also at WO, Dave Meltzer reports that the reason Charlotte Flair won the NXT Women’s Championship is because WWE believes she can help boost NXT’s Wednesday ratings against AEW.

Finally, in an interview with TalkSport, new NXT Champion responded to the following question “So would it be fair to say there is perhaps a long story in play here with you and Ripley?” Her answer was “I think so. I think we’ve only scratched the surface. That’s why I say you can’t slay the dragon on the first night, then there’s no story to be told!”

So, ratings, work visa or storyline? Which is the reason Rhea Ripley is no longer NXT Women’s Champion?

Anyhow, the #1 contender for the belt will be decided tonight on NXT per the below preview. 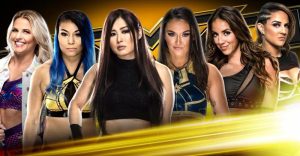 After winning the NXT Women’s Championship at WrestleMania, Charlotte Flair will not have to wait long to find out who her top challenger will be. The No. 1 Contender to The Queen will be determined in a six-woman Ladder Match tonight during NXT on USA Network. The bout was originally scheduled to take place at NXT TakeOver: Tampa.

Chelsea Green was the first to qualify, defeating Shotzi Blackheart on the March 4 edition of NXT on USA Network. One week later, Mia Yim qualified with a win over Dakota Kai, and Tegan Nox punched her ticket by defeating Deonna Purrazzo. Io Shirai beat Aliyah to get into the match, and Candice LeRae earned a spot with a win over Kayden Carter on the March 25 edition of NXT.

Dakota Kai claimed the final place in the match by winning a Second Chance Gauntlet Match, pinning Blackheart in the final stage of the battle.

Who will climb to new heights and earn a chance to challenge for the NXT Women’s Championship? Find out tonight at 8/7 C on USA Network!

The NXT Women’s Championship has never had such compelling storyline and real-life stories surrounding it.