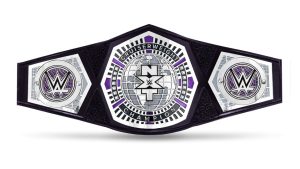 The tournament to crown an Interim NXT Cruiserweight Champion begins this Wednesday, and now, it’s time to meet the Superstars who will be competing for the prestigious crown. Eight Superstars will be split into groups of 4 for this round-robin style tournament. The four competitors in each group will face each other once, and then the
Superstar with the best record will advance to the championship match. The groups are as follows:

The Japanese Lightning Bolt has been impressive since arriving in NXT last spring, but championship gold has eluded him so far. Can Kushida reverse his fortunes in the tournament?

Maverick is no stranger to the Cruiserweight Division, but now he’ll be in contention for its top title. Can the former 24/7 Champion add another title to his resume?

The Premier Athlete captured the Cruiserweight Championship on The Grandest Stage of Them all last year. Can he add a second reign at the conclusion of this tournament?

This California native reported to the WWE Performance Center in January. The 25-year-old will certainly be out to make waves as he gets started in NXT.

Since his arrival in the Cruiserweight Division, Scott has been out to show the NXT Universe that it’s “Swerve’s House.” What better way to accomplish that than by becoming Interim NXT Cruiserweight Champion?

The second-generation luchador will make his NXT debut in the tournament. How will this world-renowned high flyer fare on the black-and-gold brand?

A Cruiserweight Division original, Tozawa will be looking to add a second reign as champion to his name.

Along with his new ink, Gallagher has unleashed a more ruthless side of himself in recent weeks. Will that pay off for him in this tournament?

Don’t miss a second of the action when the tournament begins on NXT this Wednesday at 8/7 C on USA!

The current NXT Cruiserweight Champion is stuck in the United kingdom due to Pandemic related travel restrictions. He thinks the winner here will be a pretenders champion, but it does set-up an eventual reunification bout.