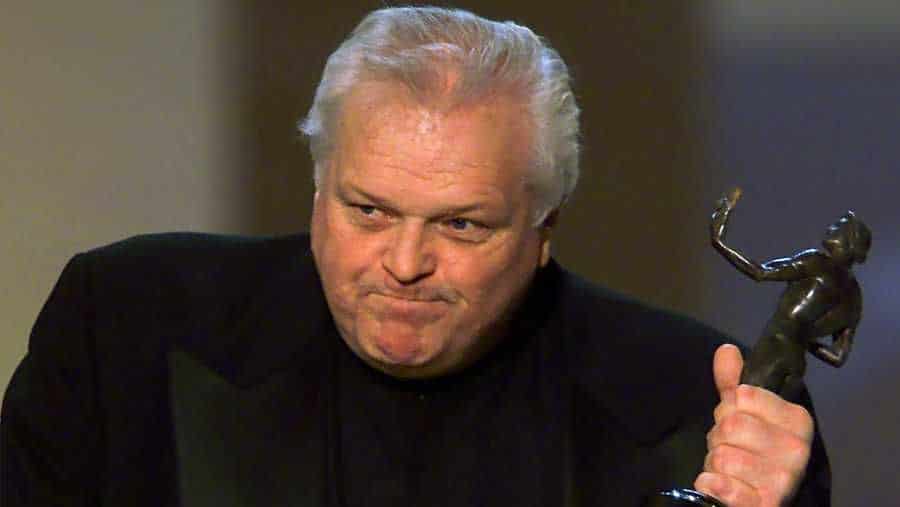 Brian Dennehy, Burly Actor in ‘First Blood,’ ‘Cocoon’ and ‘Death of a Salesman,’ Dies at 81

Brian Dennehy, the regular-guy actor whose bulldog build, good-guy demeanor and no-nonsense approach meshed in an array of memorable roles for film, television and the theater, has died. He was 81. 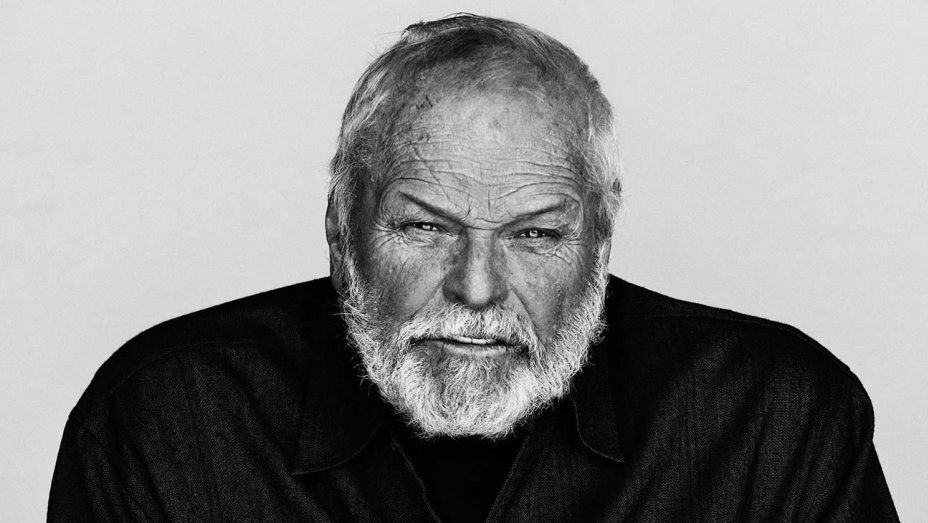 “It is with heavy hearts we announce that our father, Brian passed away last night from natural causes, not Covid-related,” his oldest daughter, actress Elizabeth Dennehy, wrote on Twitter. “Larger than life, generous to a fault, a proud and devoted father and grandfather, he will be missed by his wife Jennifer, family and many friends.”

Dennehy played the sheriff in Washington state who doggedly pursues Vietnam veteran John Rambo (Sylvester Stallone) in First Blood (1982) and a district attorney who’s out to save his own skin in the Harrison Ford-starrer Presumed Innocent (1990).

At 6 foot 3 and 250 pounds, the former college offensive lineman could also be a gentle giant, as when he portrayed the sympathetic bartender who counsels Dudley Moore in 10 (1979), the friendly alien leader Walter in Cocoon (1985) and Chris Farley’s pop in Tommy Boy (1995).

Dennehy won Tony Awards in 1999 and 2003 for playing Willy Loman in Arthur Miller’s Death of a Salesman — he was the fourth actor to play the iconic role on Broadway — and James Tyrone in Long Day’s Journey Into Night, in a starry cast that also included Vanessa Redgrave, Philip Seymour Hoffman and Robert Sean Leonard. That celebrated production, a Tony winner for best revival of a play, was among the high points of Dennehy’s long and fruitful association with the work of Eugene O’Neill.

In Salesman, the imposing actor displayed “a grand emotional expansiveness that matches his monumental physique,” Ben Brantley wrote in his New York Times review. “Yet these emotions ring so unerringly true that Mr. Dennehy seems to kidnap you by force, trapping you inside Willy’s psyche.” The actor later won an Olivier Award for the role when the production transferred to London.

He also starred on Broadway opposite Christopher Plummer in a 2007 revival of Inherit the Wind, and with Carla Gugino and Pablo Schreiber in O’Neill’s Desire Under the Elms in 2009. He made his Broadway debut in 1995, starring with Dana Delaney and Rufus Sewell in Brian Friel’s Translations, and his final appearance in a 2014 production of A.R. Gurney’s Love Letters, opposite Mia Farrow.

Dennehy drew considerable acclaim in a touring double-bill of two classic one-acts, O’Neill’s Hughie and Samuel Beckett’s Krapp’s Last Tape, seen at Los Angeles’ Geffen Playhouse in 2018. Also among his recent stage successes was a production of O’Neill’s The Iceman Cometh, directed by the actor’s frequent collaborator Robert Falls and co-starring Nathan Lane, which originated at Chicago’s Goodman Theatre and played a sold-out run at the Brooklyn Academy of Music’s Harvey Theater in 2015.

Whenever he could, Dennehy retreated to the stage in Chicago, saying he preferred the Midwest “because I can sit down with rational people who make $50,000 a year and live in houses and have children and pay their taxes and shop at Sears.”

He said he chose to live on a farm in northeast Connecticut because the biggest celebrity in his town was the guy who played Big Bird.

Brian Manion Dennehy was born on July 9, 1938, in Bridgeport, Connecticut, the oldest of three boys. His grandparents came to the U.S. from Ireland, and his father, Edward, worked as a writer and editor for the Associated Press.

Raised in Red Hook in Brooklyn before moving at age 12 to Long Island, he was an offensive tackle for the football team at Chaminade High School in Mineola, New York. His coach once mentioned to him that “‘as a football player, you’d make a great actor.’ And we started doing theater,” he told Newsday in 2013.

Dennehy also played football at Columbia University, spent time in the U.S. Marine Corps — though he would backtrack on a story he related about serving in Vietnam — and attended Yale as a graduate student. Early on, he honed his acting chops in regional theater, supporting himself as a meat truck driver, a Merrill Lynch stockbroker and a bartender.

He scored a big break when he was cast in David Rabe’s off-Broadway Vietnam War play Streamers and won acclaim.
After guest-starring roles on shows including Kojak, Police Woman and M*A*S*H, Dennehy fittingly made his movie debut in the Burt Reynolds comedy Semi-Tough (1977), playing a football player who dangles a woman over the ledge of a terrace. 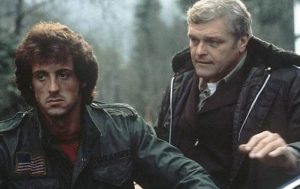 In 1978, he appeared with Stallone in F.I.S.T. and as a San Francisco cop in Foul Play, then was given a shot at starring on his own TV series. He portrayed a hotel house detective on the 1979 CBS crime drama Big Shamus, Little Shamus, but it lasted just two episodes.

After recurring as D.A. Jake Dunham on ABC’s Dynasty, Dennehy played a father and fire captain on ABC’s Star of the Family, but it was axed after 10 episodes in 1982. (His other short-lived shows included 1994’s Birdland, on which he played a hospital chief of psychiatry, and 2001’s The Fighting Fitzgerald — he was a retired firefighter in the one.)

Dennehy had more television success in one-offs, collecting five Emmy nominations for his work in telefilms and miniseries. He received one for Showtime’s filmed version of Death of a Salesman and one in 1992 for starring as serial killer John Wayne Gacy in Fox’s To Catch a Killer.

He also delivered a fiery portrayal of college basketball coach Bobby Knight in the 2002 ESPN movie A Season on the Brink, based on the John Feinstein book.

More recently, Dennehy had recurring roles as an Irish mob boss on Public Morals, a sheriff on Hap and Leonard and a KGB agent on The Blacklist.

Survivors include his second wife, a costume designer he wed in 1989; his children Elizabeth, Kathleen, Dierdre, Cormac and Sarah; and grandchildren Jack, William, Clementine, Hannah, Molly, Olivia and Lucy.

TMZ was first to report the news of his death. 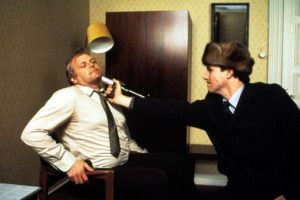 On behalf of the IP team, I’d like to off our condolences to the family, friends and fans of Brian Dennehy.