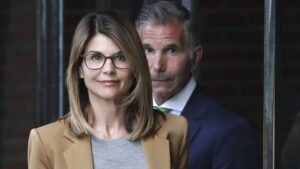 A federal judge in the ongoing college admissions scandal has responded to Lori Loughlin’s claim that the FBI told Rick Singer to lie about her and husband Mossimo Giannulli‘s knowledge of bribes being paid.

Last month, attorneys for the Fuller House actress filed a motion to dismiss her criminal case. Loughlin, 55, and Giannulli, 56, were charged in October 2019 with one count each of conspiracy to commit federal programs bribery in addition to charges of money laundering conspiracy, conspiracy to commit mail and wire fraud and honest services mail and wire fraud. Both have pled not guilty.

In the memo, which was previously obtained by PEOPLE, the defendants alleged that “the Government belatedly disclosed” notes from Singer, the man at the center of the scandal, which allegedly showed “government agents in an effort to ‘entrap’ Defendants and ‘nail’ them ‘at all costs.’ ”

Then on Friday, U.S. District Judge Nathaniel Gorton responded to the motion, calling the allegations “serious and disturbing.”

“In those notes Singer describes a troubling conversation,” Gorton wrote in the memo, which was obtained by PEOPLE.
Singer, who was cooperating with the FBI, claimed agents “aggressively pressured him and directly instructed him to lie to elicit incriminating information from potential defendants.”

“The court considers the allegations in Singer’s October notes to be serious and disturbing,” the judge wrote. “While government agents are permitted to coach cooperating witnesses during the course of an investigation, they are not permitted to suborn the commission of a crime.”

The judge, who has yet to rule on whether to dismiss the case, has asked that prosecutors respond to the allegations by no later than May 1.

Earlier this month, in response to the motion to dismiss the case, federal prosecutors released the rowing photos they claim Loughlin and her husband supplied to get daughters Olivia Jade and Isabella Rose into the University of Southern California.

According to prosecutors, Giannulli sent the image after Singer told the fashion mogul: “It would probably help to get a picture with her on an ERG in workout clothes like a real athlete too.”

A source told PEOPLE in December that “Lori was hoodwinked by Rick Singer.”

“There’s no other way to put it. She was convinced that she was making a donation, just like parents have been doing for years,” the source said, adding, “She did not have any intent to do something illegal, and in fact, she thought she was doing the right thing.”

Loughlin and Giannulli are accused of paying $500,000 to Singer and Key Worldwide Foundation to falsely designate their daughters as recruits to USC’s crew team, although neither of them ever participated in the sport.

It’s a revelation that was also reported on with the headline Lori Loughlin’s Bombshell Claim in College Admissions Case Could be ‘Prosecutor’s Nightmare’: Expert. That’s a big development. 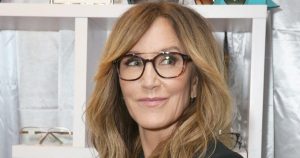 While Loughlin’s case has been drawn out since she was charged with several other high-profile celebrities for allegedly trying to bribe officials to get their kids into prestigious colleges, others has pled guilty and have already finished serving their time such as actress Felicity Huffman.