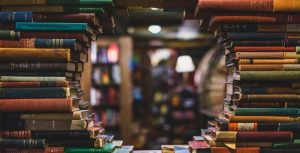 BURBANK and ST. LOUIS – ​Comic book retailers impacted by the COVID-19 crisis have a new dedicated relief fund designed to provide financial assistance to comic shops and their employees. Led and managed by the ​Book Industry Charitable Foundation (Binc)​, the formation of the ​COMICBOOK UNITED FUND has galvanized the comics world, including Oni-Lion Forge Publishing Group and DC, who made the joint announcement today.

Last year, Oni-Lion Forge Publishing Group recognized the need for long-term solutions to help comic book stores following a series of debilitating natural disasters, such as Hurricane Harvey, and ​introduced the “Forge Fund” ​providing ​monetary support for comic retailers and their employees during times of hardship. To date, $100,000 has been donated to the Forge Fund which is operated by Binc, and the company continues to donate five percent of proceeds from ongoing select titles.

Now, during this new crisis facing comic book retailers, DC has announced it is donating $250,000 to Binc for the shared vision of also supporting comic shops and their teams in need. Together, the two donations are being rolled up into the new ​COMICBOOK UNITED FUND.​ The goal will be to provide one location for fans, creators, comic industry partners and executives to make contributions to support comic book shops and their employees​. A dedicated link has been established at https://secure.donationpay.org/bincfoundation/ComicBookUnited.php​​.

Many groups and individuals are already participating. DC Chief Creative Officer and Publisher Jim Lee is auctioning 60 original sketches of DC characters in 60 days on ​eBay​. In addition, a coalition of artists, authors, comics creators and other supporters have joined forces to raise money for the​COMICBOOK UNITED FUND ​and​ The Binc Foundation ​through more than 600 auctions on Twitter at ​@Creators4Comics​​.

“The comic industry has a long history of banding together to protect and promote the art form we all love. We hope that this incredible action from DC will inspire a new wave of generosity and support for the great number of individuals and shops struggling through these times,” said James Lucas Jones, President and Publisher of Oni-Lion Forge Publishing Group. “Comics is an expansive community that still feels like a close-knit family, and these efforts feel like we are helping family members.”

“If this pandemic has taught us anything it’s how precious and fragile the things that bring us happiness are, so we must protect the lifeblood of our industry,” Lee said. “Oni-Lion Forge saw the need for this type of relief before there was a crisis, which is why DC is proud to now stand alongside them in this time of need for our retailers.”

“Little did we know when we launched the Forge Fund that the world would be plunged into such a dreadful pandemic, but here we are, and happy there was a starting point for relief,” said Oni-Lion Forge Publishing Group Chairman David Steward II. “Binc and DC are powerful allies who we admire, commend and feel bonded to through this effort. This is an epic team-up in the grand comic book tradition and we look forward to welcoming more publishers to this effort over the coming days and weeks.”

“We are grateful and humbled to work with industry leaders Oni-Lion Forge and DC. By working together to create the Comicbook United Fund, Oni-Lion Forge and DC are demonstrating their dedication to comic retailers across the nation,” said Pam French, Binc Executive Director. “Binc is honored to help carry out their philanthropic vision. The outpouring of support and innovative ideas we’ve seen from across the industry has been inspiring and gives us great hope for the future.”

Managing the ​COMICBOOK UNITED FUND is an extension of the mission of the Book Industry Charitable Foundation, which was created in 1996 to provide financial assistance and charitable programs to the wider bookseller community. Since its inception, the Binc Foundation has awarded over $7 million to more than 7,800 families. Fans can also donate directly to the ​COMICBOOK UNITED FUND​ ​here​.

Find out more at ​​https://www.lionforge.com​

Polarity is a diversified global media company founded in 2018, with a mission to bring authentic content to a diverse global audience. To create a richer content experience and offering, we believe in the value of embracing diversity and highlighting opposing views and voices. The Polarity portfolio includes Oni-Lion Forge Publishing Company, Lion Forge Animation, Illustrated Syndicate, and Magnetic Press. Find out more at ​www.polarityltd.com​. Polarity on LinkedIn: https://www.linkedin.com/company/polarity-llc/

DC is one of the largest English-language publishers of comics and graphic novels in the world and home to some of the most iconic and recognizable characters ever created. As a creative unit of WarnerMedia, DC is charged with strategically integrating its stories and characters across film, television, consumer products, home entertainment, interactive games, and the DC Universe digital subscription service. For more information visit ​​dccomics.com​ and ​dcuniverse.com​.

The Book Industry Charitable Foundation is a 501(c)(3) nonprofit organization that coordinates charitable programs to strengthen the bookselling community. Established in 1996, the core program provides assistance to bookstore employees who have a demonstrated financial need arising from severe hardship and/or emergency circumstances. Since its inception, the organization has provided over $7 million in financial assistance and scholarships to more than 7,800+ families. Support for the Foundation’s programs and services come from all sectors of the book and comic industries. The Book Industry Charitable Foundation’s mission is to strengthen the bookselling and comic retail community through charitable programs that support employees and their families. The Foundation was imagined and built by booksellers and proudly continues to be their safety net. It is our vision to be a caring community of book and comic people. Additional information can be found at ​http://www.bincfoundation.org​.