Are you needing something fun to watch besides the marathons of Bar Rescue and Flea Market Flip that dominate your television screen? Good news as Arrow will brighten up the end of May with four selections from around the world. First is Blood Tide where the voice of Darth Vader has to tangle with a Greek aquatic monster. This is from the maker of The Wind that Arrow put out in April. White Fire is jewel thief flick from all over Europe. Pollyanna McIntosh is The Woman. She’s not just any woman. She really likes guys who are medium rare. Finally is Solid Metal Nightmares: The Films of Shinya Tsukamoto. This contains Tsukamoto’s Tetsu: The Iron Man which is a bio-mecha masterpiece. All four films promise to make you feel like you’ve been around the world even if you haven’t left the sofa in weeks. Here’s the press release from Arrow Video:

Arrow Video continues to provide home video connoisseurs with exactly what they want – an eclectic line of releases that only they can deliver. May is no different with an exciting lineup of must-own titles hitting shelves on May 26th!

First up is Blood Tide! This tale of terror from Richard Jefferies and Nico Mastorakis stars James Earl Jones as a treasure hunter that mistakenly awakens an ancient underwater beast on a small Greek island. Restored in 4K and featuring a new commentary with Jefferies and an all-new interview with Mastorakis.

Musician turned actor Robert Ginty stars in White Fire, a French-Italian-American-Turkish mashup from director Jean-Marie Pallardy. The film follows a pair of brother-and-sister jewel thieves that encounter tragedy while on the hunt for the elusive ‘White Fire’ diamond. This bizarre action thriller with a dash of eroticism features a theme song from ’80s British rockers, Limelight.

Lucky McKee created quite the stir at the 2011 Sundance Film Festival with the premiere of The Woman. Pollyanna McIntosh stars in the titular role as the last surviving member of a deadly clan of feral cannibals. While out hunting, all-American dad Sean Bridgers discovers the woman and decides to capture her with plans to make her more “civilized.” What ensues is a brutal, bloody nightmare. This twisted film heads home with a new 4K restoration.

Rounding out the May lineup is one of the most anticipated home video releases of 2020 – Solid Metal Nightmares: The Films of Shinya Tsukamoto. This massive box set will serve as the perfect introduction for the cult director with eight feature-length films and a couple of shorts including Tetsuo: The Iron Man, Tetsuo II: Body Hammer, Tokyo Fist, Bullet Ballet, and the home video debut of Tsukamoto’s latest effort, Killing. In addition to the films, the set includes a plethora of special features to make sure audiences are well acquainted with the genre-bending director.

Blood Tide
Terror strikes in paradise as Academy Award-winning actors James Earl Jones, José Ferrer and Lila Kedrova star in this thrilling tale of sea monsters and sacrificial virgins, from the people that brought you the notoriously gruesome Island of Death! When treasure hunter Frye (James Earl Jones) accidentally awakens an ancient sea monster that has been lying dormant on a Greek island, the inhabitants are forced to resume the practice of sacrificing virgins in order to placate the demonic creature. Meanwhile a couple, Neil and Sherry, arrive on the island in search of Neil’s missing sister, Madeline. Written and produced by Nico Mastorakis – the man behind such genre favourites as the aforementioned Island of Death, The Zero Boys, The Wind and many others – and directed by Richard Jefferies (Scarecrows, Tron: Legacy), Blood Tide is a suspense-filled creature feature surging with blood, nudity and beachside aerobics!
Bonus Materials
Brand new restoration from a 4K scan of the original camera negative
High Definition Blu-ray (1080p) presentation
Original uncompressed mono audio
Optional English subtitles for the deaf and hard of hearing
Brand new audio commentary with director/co-writer Richard Jefferies
Newly-filmed interview with producer/co-writer Nico Mastorakis
Reversible sleeve featuring original and newly commissioned artwork by Graham Humphreys
FIRST PRESSING ONLY: Collector’s booklet featuring new writing on the film by Mike Gingold 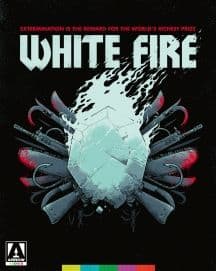 White Fire
Robert Ginty (The Exterminator) and Belinda Mayne (Krull) play Bo and Inga, brother and sister jewel thieves who target the legendary ‘White Fire’ diamond — a priceless rock so hot it actually burns those who try to lay their hands on it! When tragedy strikes, Bo undertakes an outrageous plan involving plastic surgery and explosives to infiltrate the mine where the diamond awaits. Bo’s plan hits an unexpected snag with the arrival of smooth-talking badass Noah Barclay, played by Fred Williamson (From Dusk ‘Til Dawn). Noah’s hunting for a missing prostitute — and he thinks Bo and Inga hold the key to her disappearance! Erotic filmmaker Jean-Marie Pallardy (Erotic Diary of a Lumberjack) brings his kinky touch to high octane action in this infamous exploitation epic, complete with chainsaw mayhem, awkward brotherly love, and a very ’80s theme song by the band Limelight!
Bonus Materials
High Definition (1080p) Blu-ray presentation
Original Mono audio
Optional English subtitles for the deaf and hard of hearing
Feature length audio commentary by critic Kat Ellinger
Surviving The Fire: a brand new interview with writer-director Jean-Marie Pallardy
Enter The Hammer: a brand new interview with actor Fred Williamson
Diamond Cutter: a brand new interview with editor Bruno Zincone 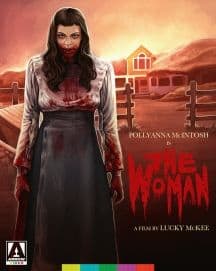 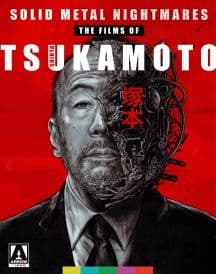 Marvel Comics Teases The Dark Web As Chasm Teams With An Unlikely Ally?!