It has been six weeks since we’ve gotten new comics (there’s still nothing in DC’s paltry releases for me, and I’m not sure if the comic store I shop at is even getting them).  This week, I rediscovered the Panel Syndicate website, and sampled two of their new series, as well as kept working through my backlog. 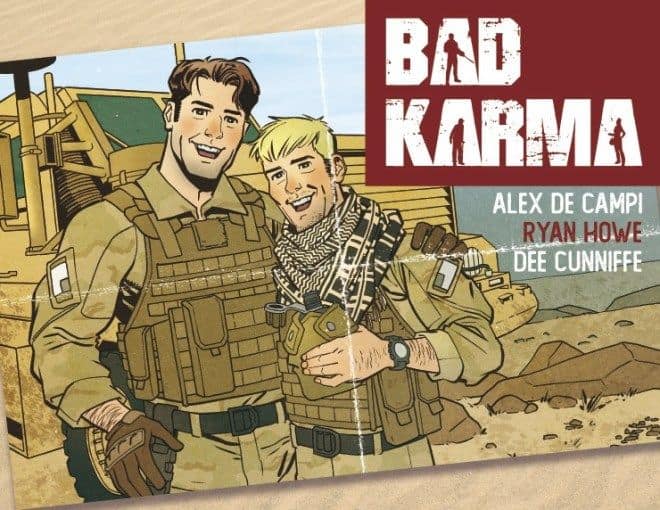 Bad Karma #1 – I think that Alex De Campi must be one of the most slept on writers in this industry.  I’ve never read a comic of her’s that I haven’t loved (I haven’t touched her licensed books, though), and it was the announcement of her new online series at Panel Syndicate that got me to remember that digital comics are a great alternative in Covid times.  This series looks at two old friends who worked in the military and in the military contractor industries.  One of them lost a leg (and a few other useful bits), and now lives an unhappy life in Boston, while the other unhappily trains the next generation.  They gather for Christmas with the one guy’s extended, unhappy family, and it is then that they learn that someone else has taken the fall for something they did, and that this guy is set to be executed for it.  De Campi is so good at building characters in a hurry, and this work is subtle, funny, and disturbing.  Ryan Howe’s art is expressive and right for this project.  I don’t love digital comics as a format, but I can see myself returning for the rest of this series (and starting to read the rest of what Panel Syndicate has to offer while I wait for paper comics to make their return).  I’ve linked the PS site above if you are intrigued – you won’t be sorry! 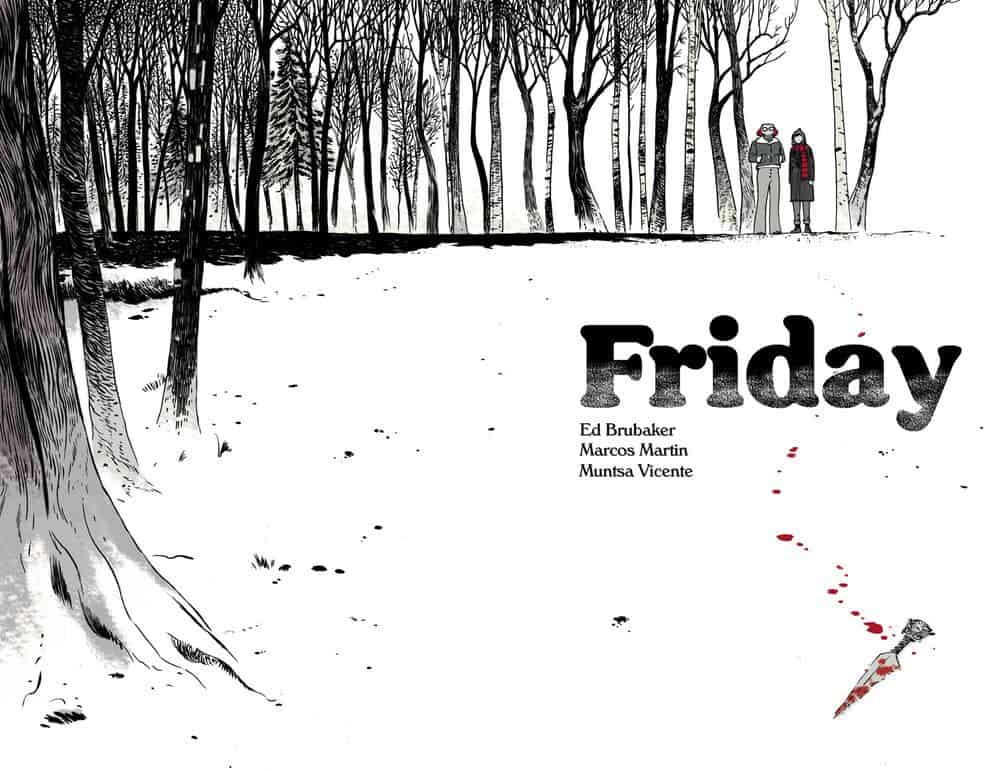 Friday #1 – Right after reading Bad Karma, I decided I wanted more from Panel Syndicate, and so of course I dove into Friday, a new series by Ed Brubaker and Marcos Martin, two of the best creators in the game.  This series is a “post-YA” look at what happens when teen detectives grow up.  Or, at least Friday has, heading off to college and changing as a person.  When she returns for Christmas during her freshman year, she’s not sure how things are going to be with Lancelot, her former partner, but as soon as she gets off the train, he’s got her chasing down a mystery involving a cursed knife.  Martin is excellent here, as he always is, and Brubaker slowly lets the story build, as we start to figure out that something has happened between these two characters, but we’re not sure what it is yet.  I’m intrigued, and want to read more. 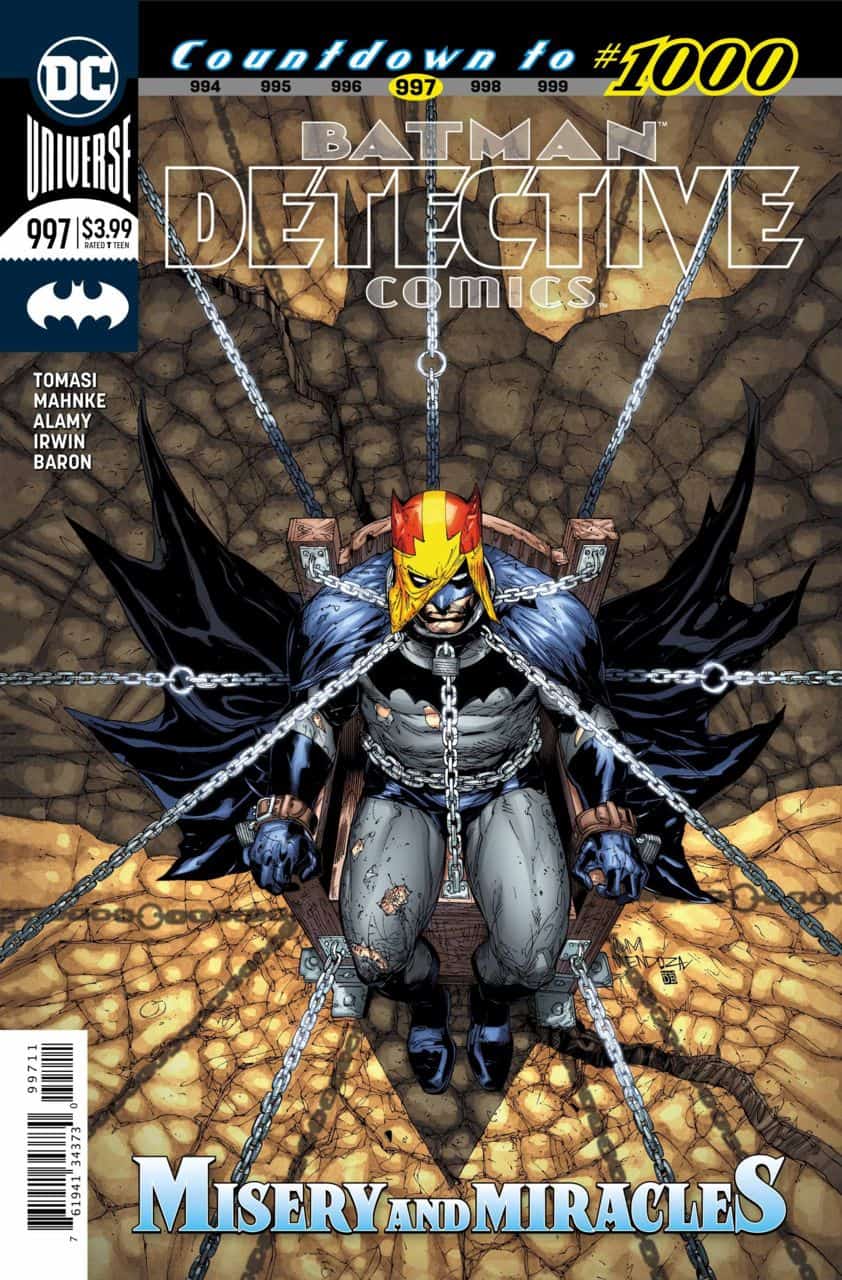 Detective Comics #994-999 – I was excited to dig into Peter Tomasi’s return to Batman.  I enjoyed his Batman and Robin, and figured that he might bring a more traditional approach to the Caped Crusader.  I hope the rest of the stack I have of these are better than this first arc.  A monster is targeting everyone who ever trained Bruce Wayne, killing some of his old allies along the way, but that’s not really what’s going on.  I’m so tired of Batman stories that constantly have to look back to his beginnings, or focus on his relationship with his parents.  It’s time for someone to do something new.  I do like Doug Mahnke’s art on this arc.

Detective Comics #1000 – DC seems to be really embracing the $10 lengthy anthology format for these big special issues, but aside from seeing some creator names I wish I saw more often (Priest, Denny O’Neil, Becky Cloonan), I’ll admit that I wasn’t very impressed with what was included.  Too many Batman stories are becoming formulaic, and kind of dull.  Also, can someone please explain Elongated Man’s costume to me?  He’s here, and in Event Leviathan, but it always looks like he has a backwards E on his chest, but we never get an unobstructed view.  It actually really bothers me (as does Scott Snyder’s suggestion that Detective Chimp and Hawkman are better detectives than Batman is).

Punisher: The Platoon #1-6 – Garth Ennis and Goran Parlov return to both The Punisher and the Vietnam War in this series that came out a couple of years ago.  On the one hand, this seems to hit just about every Vietnam War cliché you can think of, but on the other, it’s an Ennis war story, so it maneuvers through the clichés with a little more emotional resonance than usual, and it looks great.  The framing of this story is around a writer interviewing people from Castle’s first platoon to learn about how his experiences there shaped the man, and it stays pretty interesting.  I like that the writer also interviewed someone on the Vietnamese side of the conflict, showing how far we’ve come since that war.  It was an enjoyable read.

Second Coming #1-3 – For a series that was seen as so controversial before it was released, I expected things to be a lot more risqué than what these first three issues suggest.  Instead, it looks like Mark Russell decided to play this comedic idea in a very straight way.  Jesus wants to return to Earth, and his father finally figures it might be just long enough since his first visit to try again.  God has Jesus stay with Sunstar, a Superman-like alien being who has more than a few faults.  Jesus wants to learn from him, but also has some ingrained values that are different from Sunstar’s.  Like I said, this is played pretty straight, except for a few places where Russell indulges in Garth Ennis-like silliness (such as seeing what kind of store Sunstar’s childhood home has turned into).  There are some scenes that some devout Christians would have problems with (I love the scene where Jesus is confronted by baptist protestors as he comes out of an LGBT-friendly bar).  This book, which is very nicely illustrated by Richard Pace and sometimes Leonard Kirk, has a lot to say about the modern world and the place of religion within it, and I’d like to get the last three issues when comics stores open again.

The Hypo – I find Noah Van Sciver’s work pretty interesting, but I’m not sure that extends to The Hypo, his graphic novel about “The Melancholic Young Lincoln”.  Now, not being American, I don’t know a whole lot about Abraham Lincoln’s early life (or even, really, his later life).  This book portrays him coming to live in Springfield to work in a small law office in the late 1830s.  He shares a room with a storekeeper who likes to spend his earnings on prostitutes, breaks off his engagement to a woman back home, and falls for a young woman on the edge of the political circle he runs in.  We follow Lincoln through his crises of love, and his periodic episodes of depression which he calls ‘the hypo.’  The book is somewhat episodic, with a latter segment focusing on his near duel with a political rival that seems a little too ridiculous to be believable.  What surprises me is the extent to which Van Sciver has edited out or glossed over issues of human bondage and slavery, which I would have expected the young Lincoln to have at least spent a little bit of time thinking about.  I suppose the appeal of this book would be in seeing a great historical figure suffer from the same kind of twenty-something angst that is familiar to people today, but I am not sure that Van Sciver was all that successful with this.

Weavers – Simon Spurrier has proven himself to be an excellent high concept writer.  He’s come out with very original and surprising worlds and approaches to comics, and this series, drawn by Dylan Burnett is one of them, although perhaps not his most successful.  Weavers is about a group of gangsters who all have mystical or alien spiders inside them, which give them powers.  Sid ends up becoming a Weaver when a bar is bombed, killing one of the Weavers.  The spider finds him, and enters him, giving him a new family, although one that treats him terribly.  There’s a lot of betrayal and distrust in this series, as Sid tries to figure out what happened.  As a reader, I spent a lot of time trying to figure things out too, and I often felt lost.  Burnett’s art is good, but not as strong as his recent work on X-Force.

Spiritual Jazz Vol. 11 – SteepleChase – The Spiritual Jazz series from Jazzman Records has been a terrific source of classic jazz, and has played a huge role in my jazz education.  This latest release collects music from the 1970s and early 80s that was released on Europe’s SteepleChase label.  This stuff is lovely. 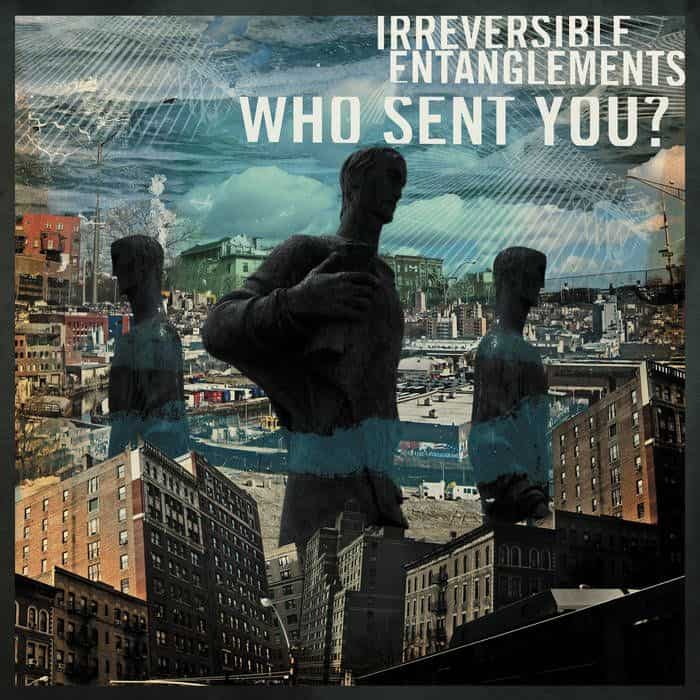 Yoyu- Fifth Dimension Cuddle – Warm ambient music from Winnipeg.  This is a very meditative album that is perfect for lying around and reading all afternoon.

Irreversible Entanglements – Who Sent You? – This challenging and futuristic jazz album on the brilliant International Anthem label comes at you hard, both musically and lyrically.  This is a very political punk jazz record that questions authority and digs into racial politics in America, while sounding very cool.