Zack Snyder’s Justice League Film To Have Cast Come Together To Complete The Snyder Cut For DC Comics / Entertainment and Warner Bros.

As the news about Zack Snyder’s Justice League hitting HBO Max in 2021 more tidbit are shaking out including bringing the OG cast together to finish the “Snyder Cut”. 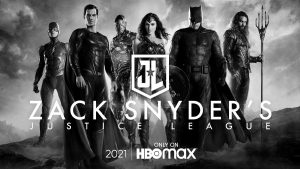 More from THR below.

The couple put together a presentation and, in early February, invited a select group of executives from Warner Bros., HBO Max and DC to their house in Pasadena to screen Snyder’s little-seen version that was shown in black and white. The number of execs in the room — there were more than a dozen in attendance, ranging from Warners’ Emmerich, Carolyn Blackwood and Walter Hamada to HBO Max’s Kevin Reilly, Sarah Aubrey and Sandra Dewey to DC’s Jim Lee — showed the importance of the potentially extensive undertaking. Heads of physical production and business affairs were there to assess what needed to be done and how much it would cost. At his presentation after the screening, Snyder outlined ideas for not just releasing the cut but the concept of episodes and cliffhangers…

…Snyder also spent April and this month reaching out to the sizable cast, giving a heads-up on the new development and letting them know their services may be needed. (The first person called: Ray Fisher, who played Cyborg. “He was like, ‘You’re kidding me, right?'” recalls the director.)…

“It will be an entirely new thing, and, especially talking to those who have seen the released movie, a new experience apart from that movie.”

“You probably saw one-fourth of what I did.”

“We had to figure out what it meant to finish it, and how do you pull it off?”

“People thought, ‘It won’t be possible to ramp up, and that maybe this should go on the back burner.’ But we said, ‘No, this is the right time’ [despite Covid-19 pandemic] because our visual effects houses that rely on so much are running out of work, so now is the time to be doing this.”

“This movie was the culmination of a hero’s journey that all these characters went on. And the idea was always to build them up to be the heroes people expected them to be.”

“What’s so lovely about this is that we get to explore these characters [including Darkseid] in ways that you’re not able to in a shorter theatrical version.”

“Clearly this wouldn’t be happening without them [the fans]. This return to that pedigree and to let my singular vision of my movie be realized, in this format, in this length, is unprecedented and a brave move.”