New Comics!  Finally!  Okay, there were only three comics in my pullfile this week, but it’s still pretty nice. 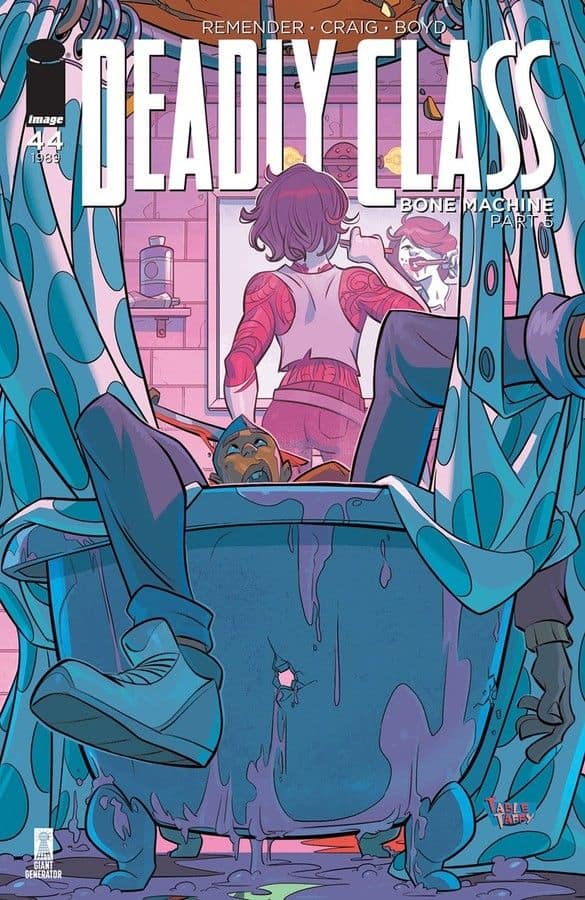 Deadly Class #44 – I’m glad that the first physical new comic that I read in months is an issue of Deadly Class, a favourite title of mine.  When we last saw Marcus and the other kids, they were at a party in a ski chalet that’s been crashed by the crazy cultists from Petra’s father’s religion.  Marcus has been dragged off by Gunther, who wants to kill him, while Viktor looks like he might be the one to save the others.  There’s a body count in this issue that is going to have a lasting impact on the characters, although I don’t want to spoil anything.  Rick Remender and Wes Craig have made these characters feel very real, regardless of how over the top their lives may be, and I hope the wait is not long before there are new issues (this is the end of the arc, and I don’t know when it’s set to return).

Outcast #45 – We get ever closer to the end of Outcast, and each issue feels like it has bigger and bigger things happening in it.  Rowland’s brought his children to the Outcasts in hopes of saving them, even though that means that he’s betrayed his own kind.  I like the scene where he really processes how much he’s given away, as he assesses how prepared our heroes really are for what’s coming.  I was amused by the note in the letter page, where Robert Kirkman apologizes for the book being behind schedule.  I think all is forgiven on that front…

Year Zero #1 – This is a new five issue series from AWA, Axel Alonso’s new publisher.  It’s by Ben Percy and Ramon Rosanas, and is a different take on a zombie story.  We are introduced to five different characters, in different parts of the world.  There’s a scientist in Antarctica, a street kid in Mexico City, a hitman in Tokyo, a translator in Afghanistan, and a doomsday prepper in suburban Minnesota.  We check in on each of them as things start to fall apart, but we don’t ever see a single zombie.  Instead, we get the sense in each place that things are going horribly wrong, and the withholding of details is what makes this comic compelling.  Also, though, scenes of people hiding out in their homes or in sewers takes on some extra resonance in today’s atmosphere, where we don’t need to see shambling zombies to be afraid of being around other people.  Percy is off to a good start with this, and I intend to stick around to see where he takes it.

Youth #1 – I decided to take a chance on this new Comixology series by Curt Pires and Alex Diotto, which is a little bit Larry Clark’s Kids, and a little bit Brian Woods and Becky Cloonan’s Demo.  Two teenage boys decide they’ve had enough of their small town, and run away together in one kid’s stepfather’s car.  They don’t get too far before they blow a tire, but a chance encounter with some other kids puts them on course for a night of crazy partying and running from the cops, which is when things get really nuts.  This is a superpowers story, although that’s not clear from the jump, and I like that Pires spends so much time building the two main characters.  Diotto’s art is fine, in a familiar indie kind of way.  I think I’ll grab the rest of the series as it comes out.

Youth #2 – The second chapter (I didn’t realize it was a weekly!) is a much quicker read, lacking much of the character work that made the first issue enjoyable.  The kids have powers now.  We see where those powers came from, and that the government clearly knows about them and wants anyone who acquires them dead.  The whole issue went by in a rush, and was a lot less satisfying than the first – it almost feels like a different series.

The Batman’s Grave #1&2 – The idea of Warren Ellis and Bryan Hitch working together on a Batman comic sounds like a good one, but there’s something off about this, at least based on the first two issues.  This is a twelve issue series, but by the end of the second issue, I couldn’t tell you what the story is really about.  Batman solves a bizarre murder (I like the actual detective stuff), Alfred lectures him on how he always fights victims of circumstance, and the police other than Jim Gordon want to shoot him.  I imagine this book is outside of continuity, and that’s fine, but I’m not too sure where this animosity from the cops, especially since he rescues one from muggers in the first issue, comes from.  Hitch’s art is always great, especially with Kevin Nowlan inking, but I’m not a fan of the trunkless costume he has Batman wearing here.  At the end of two issues, I just don’t see the relevancy of this title. 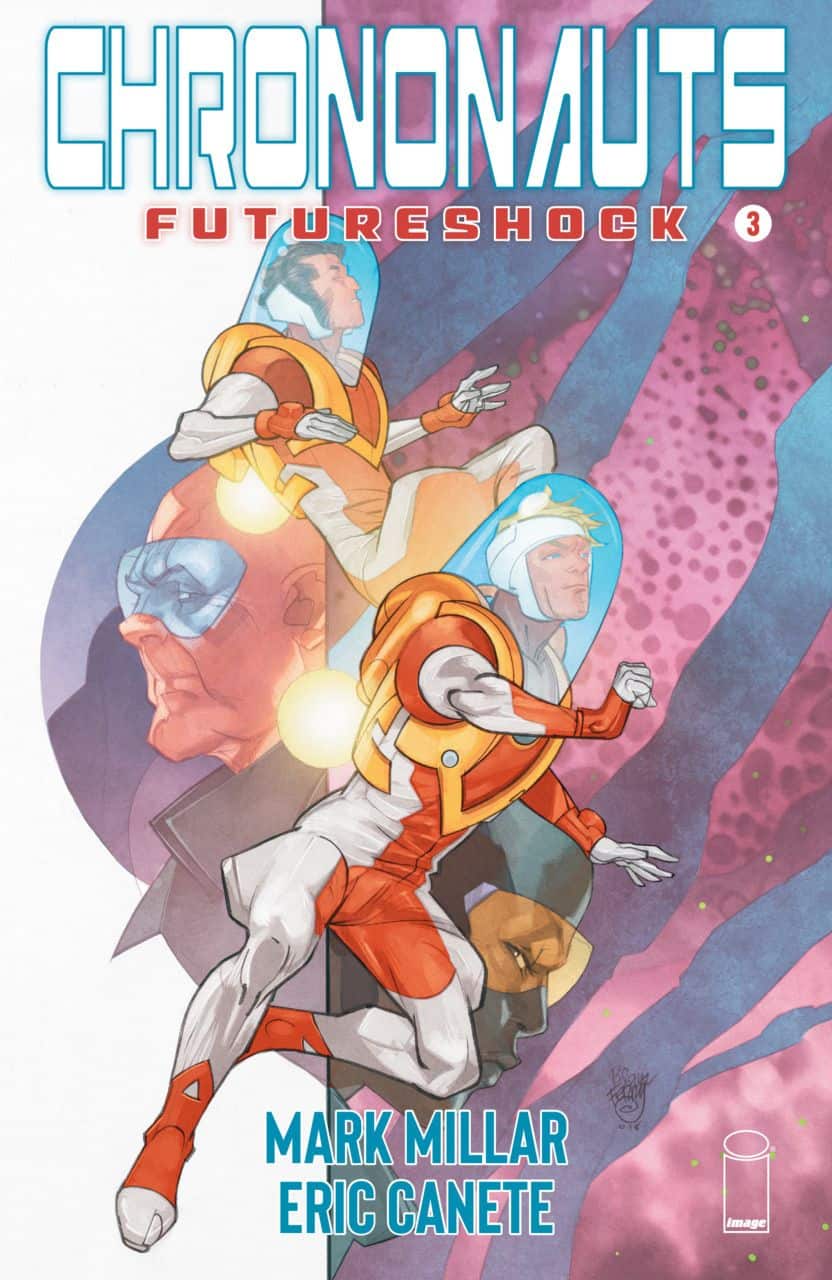 Chrononauts: Futureshock #1-4 – Remember when Mark Millar was an edgy writer?  He returns to his Chrononauts characters with a convoluted story about time travel into the future, where the two heroes meet their mentor, who is going around editing time to suit his purposes.  There’s plenty of time travel stuff that barely makes sense, and doesn’t hold up to any real scrutiny, but ultimately, Millar wrote this book to move towards a big emotional payoff that shows he’s ready to develop properties at Neflix for sure.  Eric Canete drew these issues, which all came out on the same day (which probably wasn’t the smartest move, and explains why I managed to pick up the set of issues for less than $5 on Boxing Day), and the book does look very good.

Electric Warriors #1-6 – I actually started to read this series before, but then manage to get the whole thing in a nice cheap set, and, having some more time on my hands and fewer comics, decided to read it all again, including the ending I never got to before.  I am a fan of Steve Orlando’s writing, and feel that he does best with characters that are not already widely established.  This is a story set in the future of the DC universe (the 28th century), and mankind has been recently freed by their animal masters, and admitted into the United Planets.  That means they would normally get to send one champion, an Electric Warrior, to fight as Earth’s champion as part of the Great Compromise, a way in which gladiatorial battles are used to replace the need for larger conflicts.  Earth, being unevenly and unhappily divided between man and animal, sends two champions.  The human sent from Earth, War Cry, has a few secrets he’s keeping, but then he discovers even bigger secrets, and starts to work with his new friends to expose them.  I like the way the different characters are developed in this book, but found the first couple of issues a little confusing and less than clear.  I also hate that, once again, a book set far into the future relies on characters and situations in the current DCU to make it viable.  Travel Foreman’s art always takes me a little while to get used to, but it works on this book.

The Wild Storm #23&24 – I thought the idea of having Warren Ellis revitalize the entire Wildstorm set of properties in a single book was an excellent idea, but I’m not sure that it played out as well as it could have.  Up until the last few issues, it felt like various characters were still being introduced, and generally, it all just felt like it was moving way too slowly for months, before rushing through a big finish in the last two issues.  Jon Davis-Hunt’s art was terrific throughout, and I liked the new take on older characters, but ultimately, this felt like it was less epic than it should have been.  This was supposed to have been followed up on by a Wildcats series, which DC shelved after soliciting, and I’m not sure if we’re ever going to see it.  Knowing there was a larger plan that didn’t get to come to light is frustrating (and reminds me of those Avatar titles that Ellis never finished either). 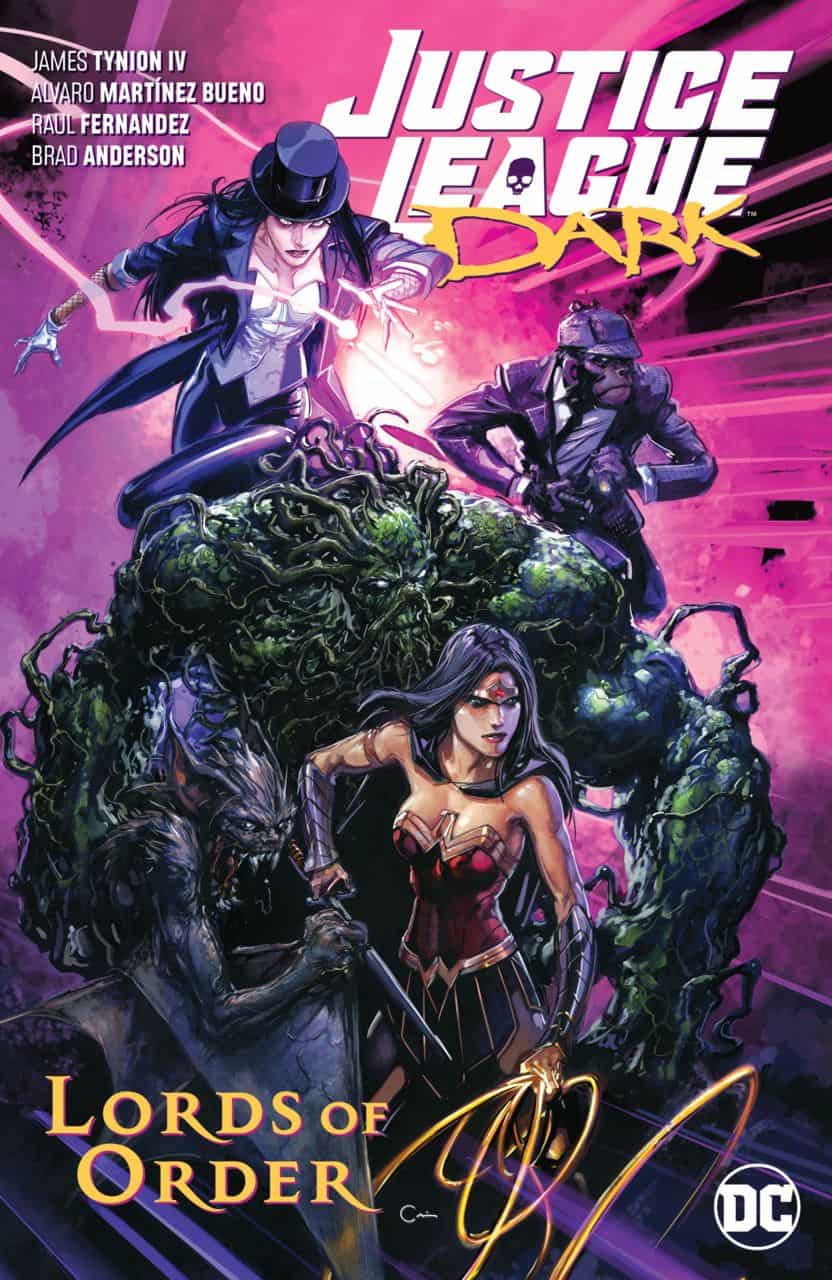 Justice League Dark Vol. 2 – Lords of Order – I found this second JLD trade (the third, if you count the Wonder Woman tie-in one) to be the most enjoyable so far, as the team confronts the Lords of Order, and WW and Zatanna go searching for Mordru with the hopes of getting help from him.  You know things are rough when you need a Lord of Chaos to back you up.  James Tynion IV is good at writing team books with mostly minor characters, because he has the freedom to do some character work with them.  I like that Khalid, the most recent Dr. Fate gets to be involved in things, and enjoyed the Annual, which focuses on Swamp Thing and reads like a pre-Vertigo horror comic in some ways.  The art remains typical DC house style, but that’s not a bad thing; it just doesn’t stand out.  I’m interested enough to keep reading this series. 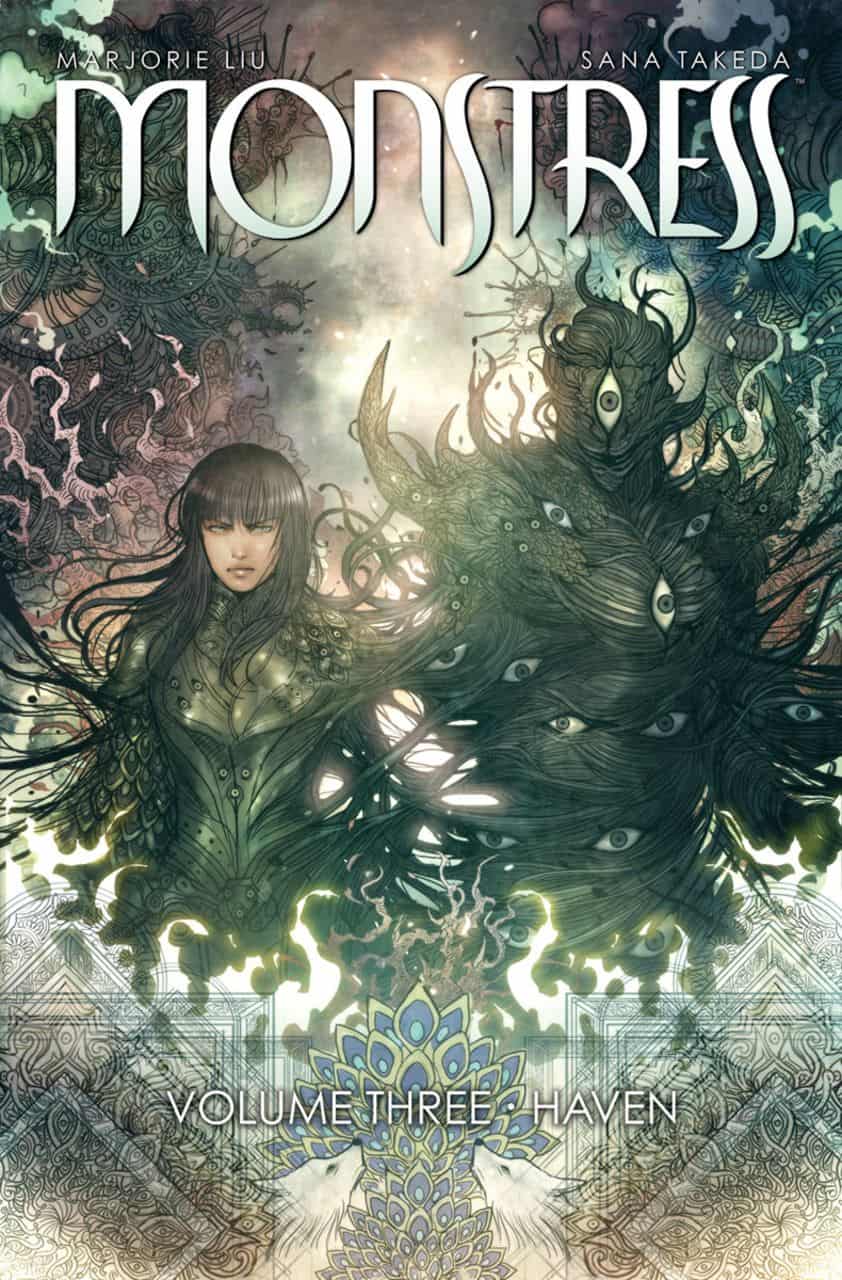 Monstress Vol. 3 – Haven – I can’t fully make up my mind about Monstress, but after reading three volumes, I remain always a little confused while reading it.  Marjorie Liu and Sana Takeda have created a very rich world, and I often find myself getting lost in it, but not always in the best way.  So many characters look the same, or have similar names, that I’m often confused.  I also find that the colours are a little too muted, so that it can be hard to follow the action.  At the same time, there is a depth to this book that is very alluring, and Takeda’s art is beautiful.  The momentum really got going in this volume, and that kept me drawn to it.  I’m just not sure that that outweighs the confusion…

Lionmilk & Mndsgn – Forever In Your Sun – Something about this time keeps me coming back to very chill, ambient music. One of my new great pleasures is watching Leaving Record’s Twitch channel on Saturday afternoons, which tends to focus on ambient music coming out of 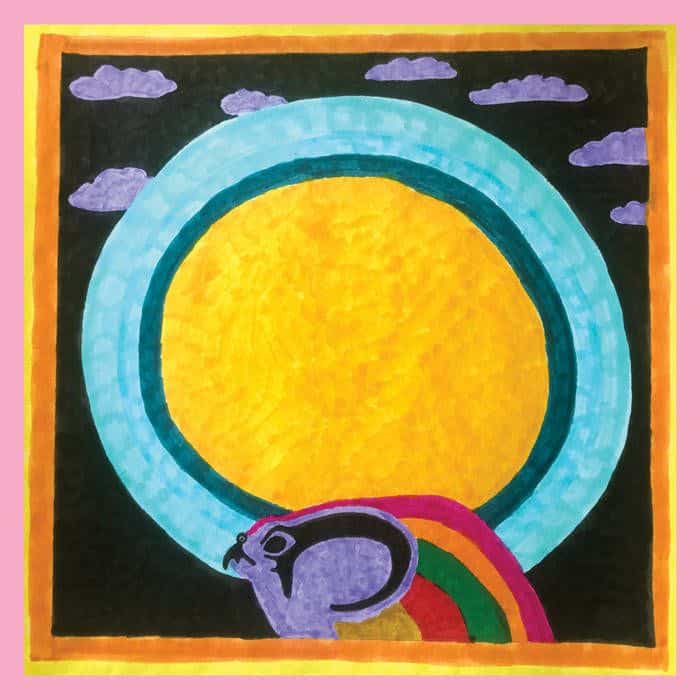 the LA scene.  This recording came out of a practice session for the outside music events that Leaving Records ran prior to the pandemic.  I’ve been a fan of Mndsgn for a while now, but Lionmilk is new to me.  This is only three tracks, but it’s great.

Factor Chandelier – First Storm – Factor Chandelier is a beat maker from central Canada, best known for his collaborations with the phenomenal rapper/artist Ceschi.  This is Factor’s latest solo album, and it features appearances from Ceschi, Cadence Weapon, Kay the Aquanaut, Myka 9, and many others.  It’s nice.

Tom Misch & Yussef Dayes – What Kinda Music – Yussef Dayes, of the brilliant Yussef Kamal, joins with Tom Misch to put together this beautiful and jazzy album that includes an appearance by rapper Freddie Gibbs.  Dayes’s drums on this thing are incredible, and it takes you on quite a journey.