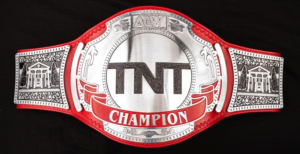 New TNT Champion Cody Rhodes had noted that he hoped that the complete championship could be revealed as early as tonight; we’ll see. Anyhow, the new TNT Champion will be featured on AEW Dynamite tonight.

Being the first champion is an historic occasion, and this past Saturday night Cody and Lance Archer embraced that moment. In what can only be described as a knockdown, drag-out fight between two supreme athletes, they showed the world just how important it was to become the first TNT Champion, and truthfully, just how much hate had evolved in rapid fashion. Ultimately it was Cody who had his hand raised in victory, who earned the right to be called THE FIRST, but it may be a label that he only enjoys for eleven days.

This Wednesday night there will be a Battle Royal, and to the winner goes a TNT Championship match with Cody scheduled to take place on the June 3rd edition of “Dynamite”. Who will be the on to emerge from this chaos as the first challenger to “The American Nightmare”? Just looking over the roster, we could see Darby Allin take another crack at Cody to finally get that elusive win. Perhaps Dustin Rhodes will get this rematch from “DoN 2019”, or Shawn Spears can avenge his TNT Tournament defeat. Janela, Orange Cassidy, Luchasaurus, Colt Cabana, Wardlow or maybe even MJF himself; an opportunity to wrest the TNT Championship from Cody in his first defense may be too much for any individual to pass up. Perhaps even Lance Archer will throw his name in the hat for one more crack at Cody’s skull.

No doubt, Cody will be watching this one go down as he starts to game plan for June 3rd and begins to establish his legacy as the TNT Champion.