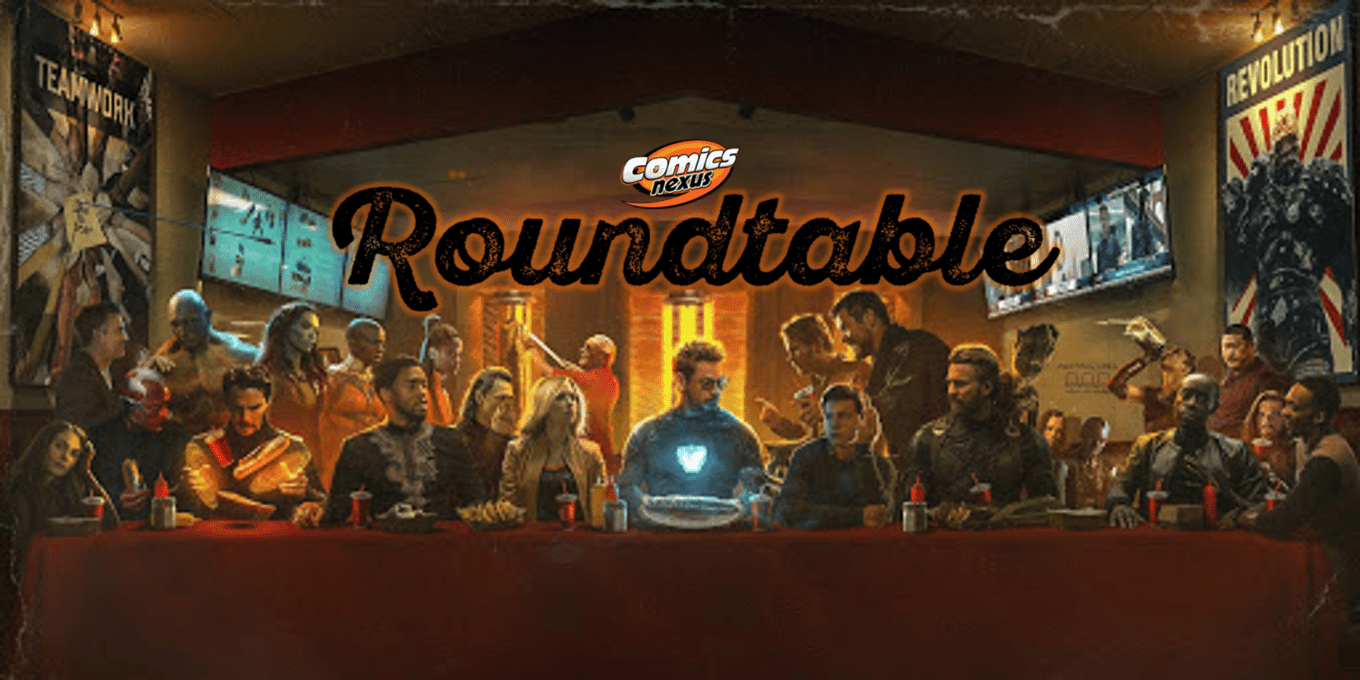 What is one MUST READ comic from each company you buy from? Only one per company, them’s the rules!

John Babos: Flash has been consistently good and I say that as someone who prefers Wally as THE Flash instead of Barry.

Graham: Johns on Barry was garbage, but the Manapul/Buccalatto run and Venditti run for new 52 were pretty good. Williamson has probably crafted my second or third favorite Flash run

Mike: You got me to read that book ;)

James: That makes me so happy. It’s great. I love the Chew crossover right now too.

Mike: Yeah I am about halfway through Chew. It is amazing :)

James: Guillory’s killing it on Farmhand too.

John: Black Hammer is good, but I have WW to be inconsistent.

Matt: I can’t really click with the majority of their output.

John: I see I created a Far Sector fan.

James: I’ve only read the first issue so far but I liked it, and there’s not a whole lot else coming from DC for me at the moment.

John: Still available in tpb so included it here. :)

Mike: Yeah no reason you can’t. We don’t have rules here!! I was just reminded how much I miss it. I would have loved to see them explore the future versions they teased in that awful one shot which was full price just for pin ups

Mike: Definitely a good read. Though I really liked Dragonfly/Dragonflyman too. The parallel story telling there about the characters in their home universe is really well done

Matt: Is it two diff books?

Mike: Sort of. Wrong Earth is a mini about a character who swaps with an alternate reality version of himself.

Dragonfly dragonflyman takes place a few years earlier and is just stories about the heroes on their own world. Sort of the same story told in a silver age style and dark age style at same time.

Matt: I’ll try that one too.