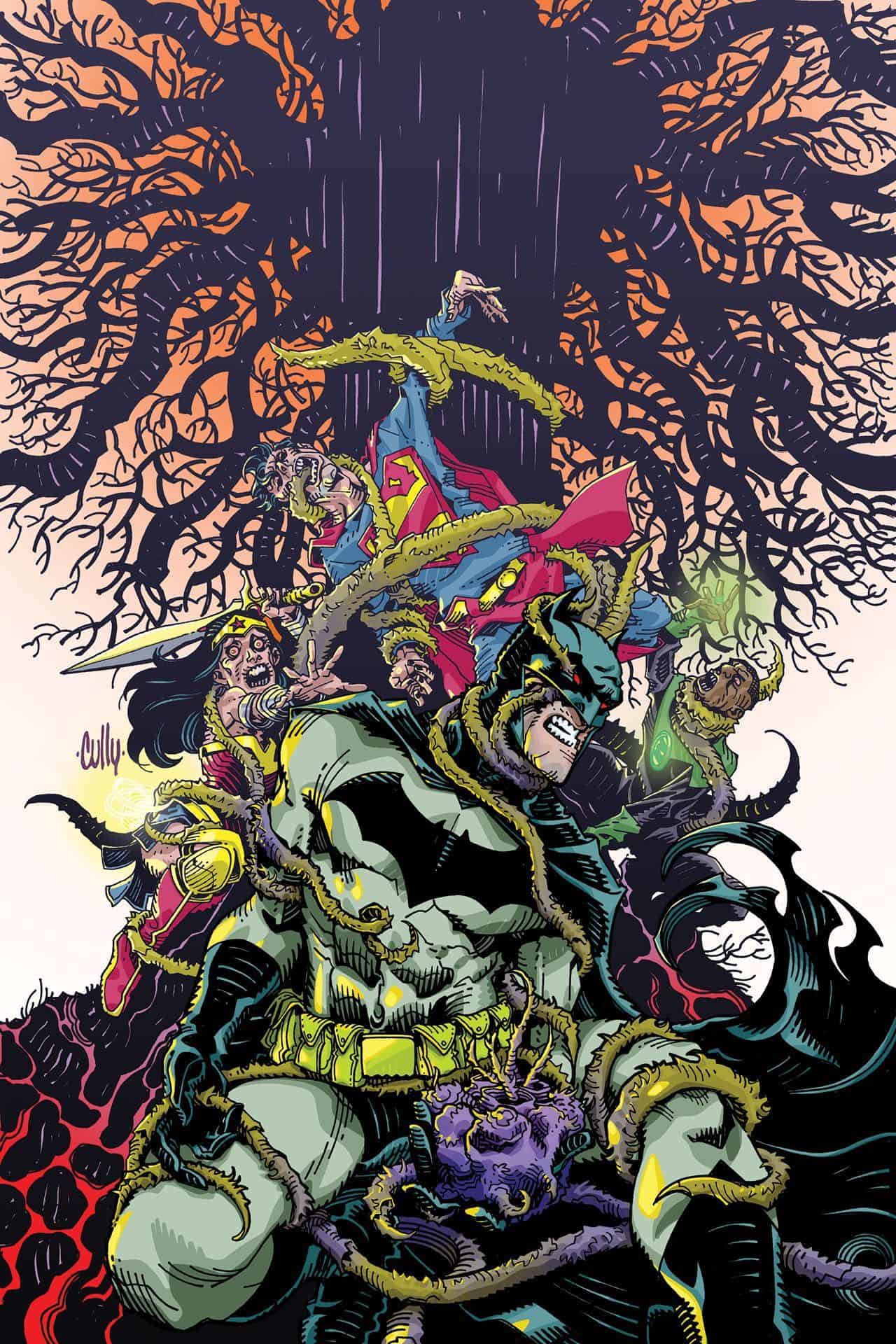 “The Garden of Mercy” part two of two! For the first time, the Justice League explores the planet of the Black Mercy’s origin. One flower is enough to incapacitate even the strongest hero, but with an entire planet full of them, the Justice League must steel their minds or else succumb to the withering effects of the great tree at the core. With Batman unable to cope, can Superman, Wonder Woman, the Flash, and Green Lantern survive the horrors of their souls? 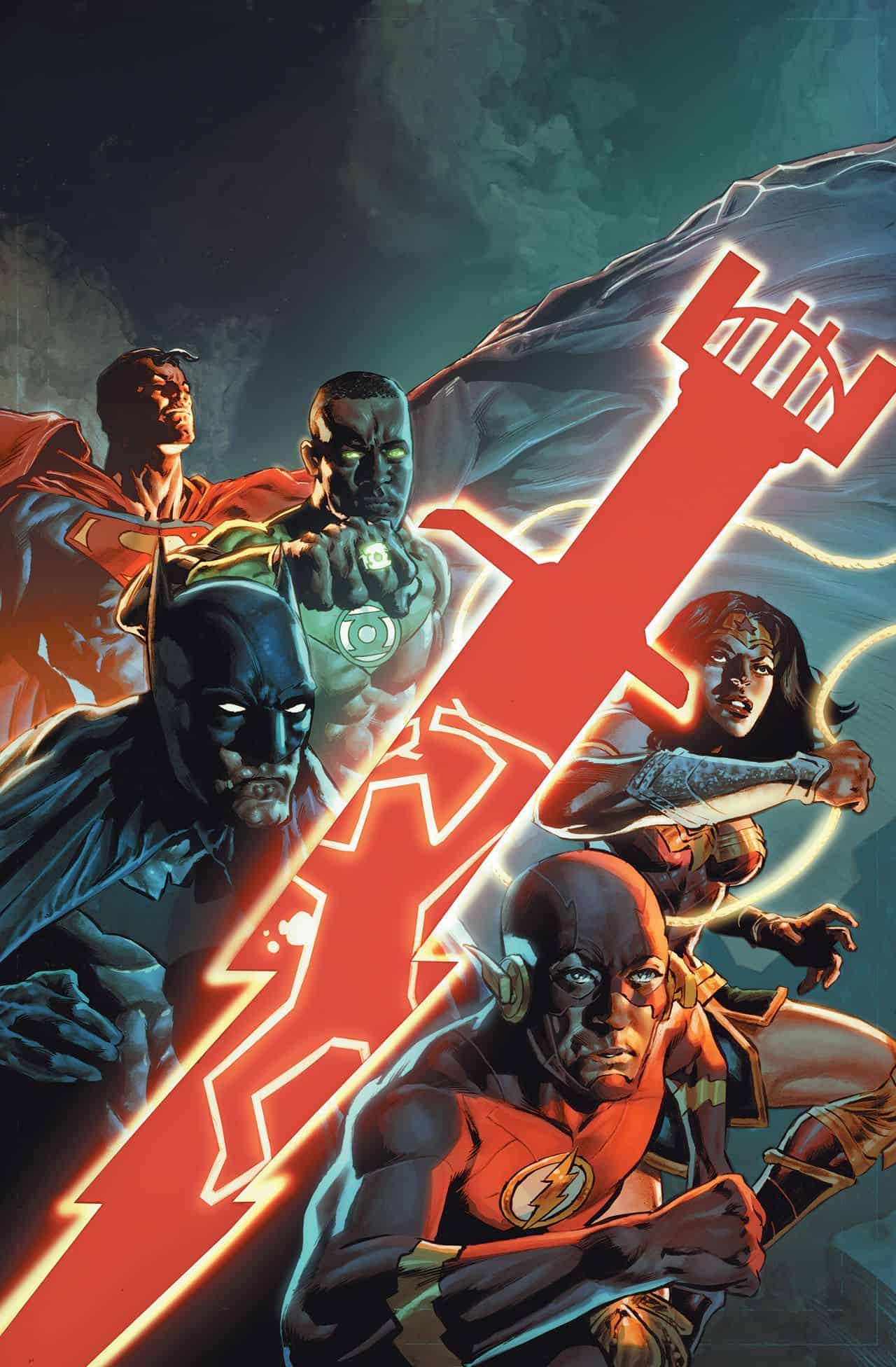 It’s a locked-room murder mystery in the Hall of Justice! Superman, an investigative journalist; Batman, the World’s Greatest Detective; the Flash; a CSI technician; Wonder Woman; a mystical detective for the Justice League Dark; and Green Lantern, an intergalactic police officer, must put their heroic minds together to solve the case. The Hall houses some of the greatest artifacts in the DC Universe—but also its deadliest. Who is the victim? Who is the culprit? And what is the motive? Can the Justice League put together the clues to solve the mystery before the murderer strikes again—and at them? Their lives depend on it! 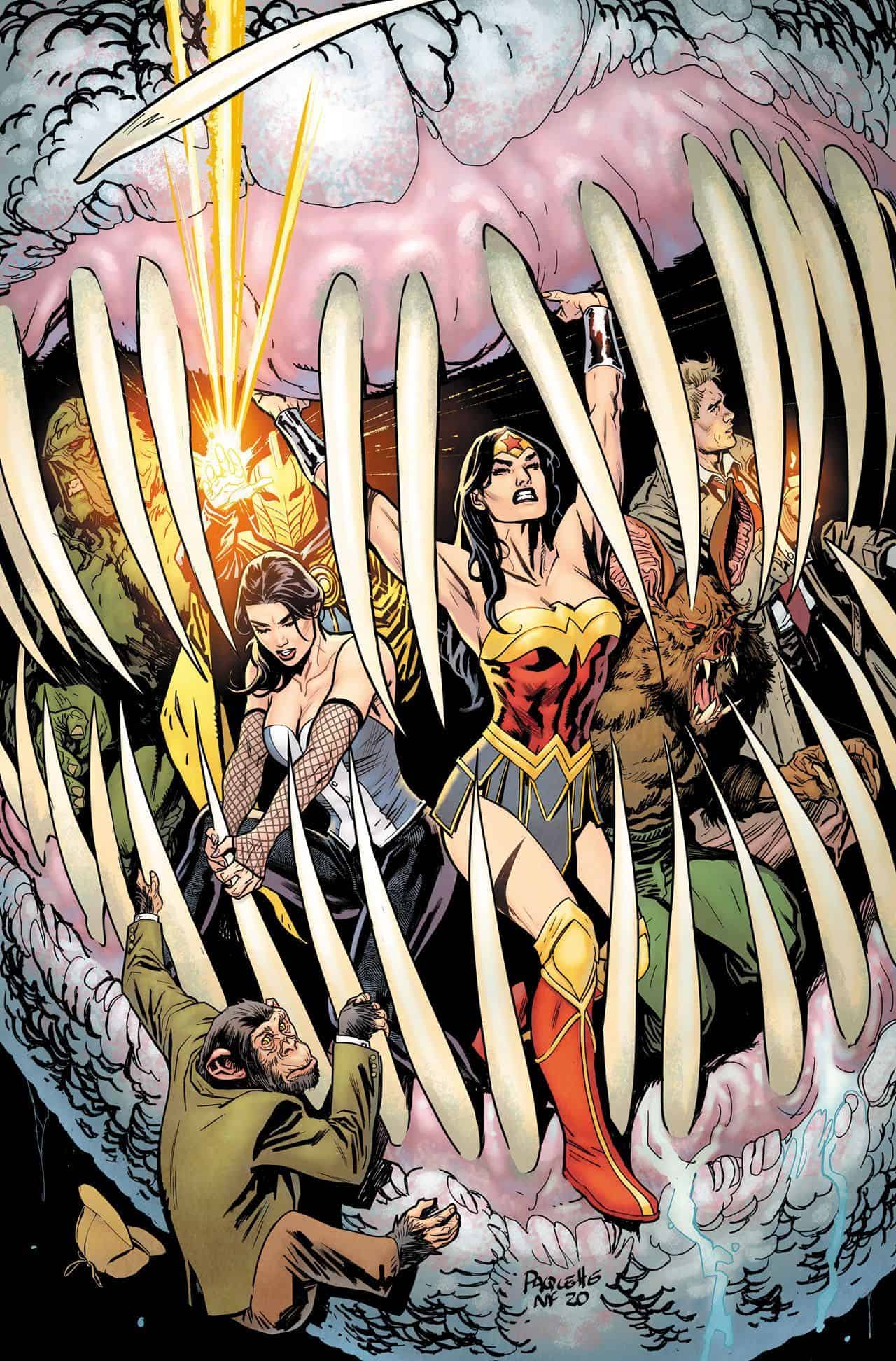 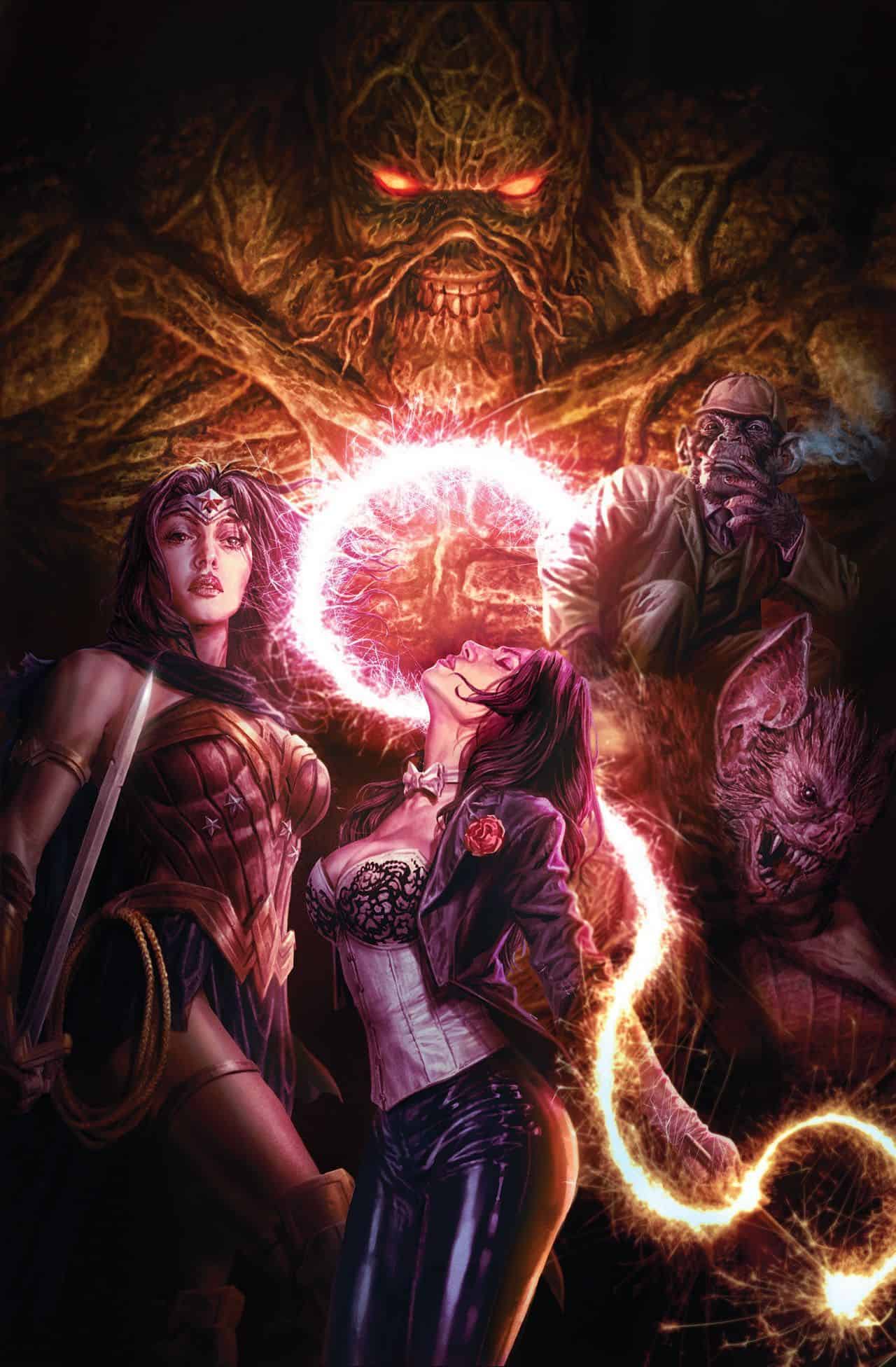 This is it, the moment you’ve been waiting for! The entire Justice League Dark team storms the Other Place, with a little help from their friend/enemy John Constantine. And at what price his aid? With the Upside-Down Man in their sights, the team witnesses the true manifestation of his power, and the agonizing cost of his anger. 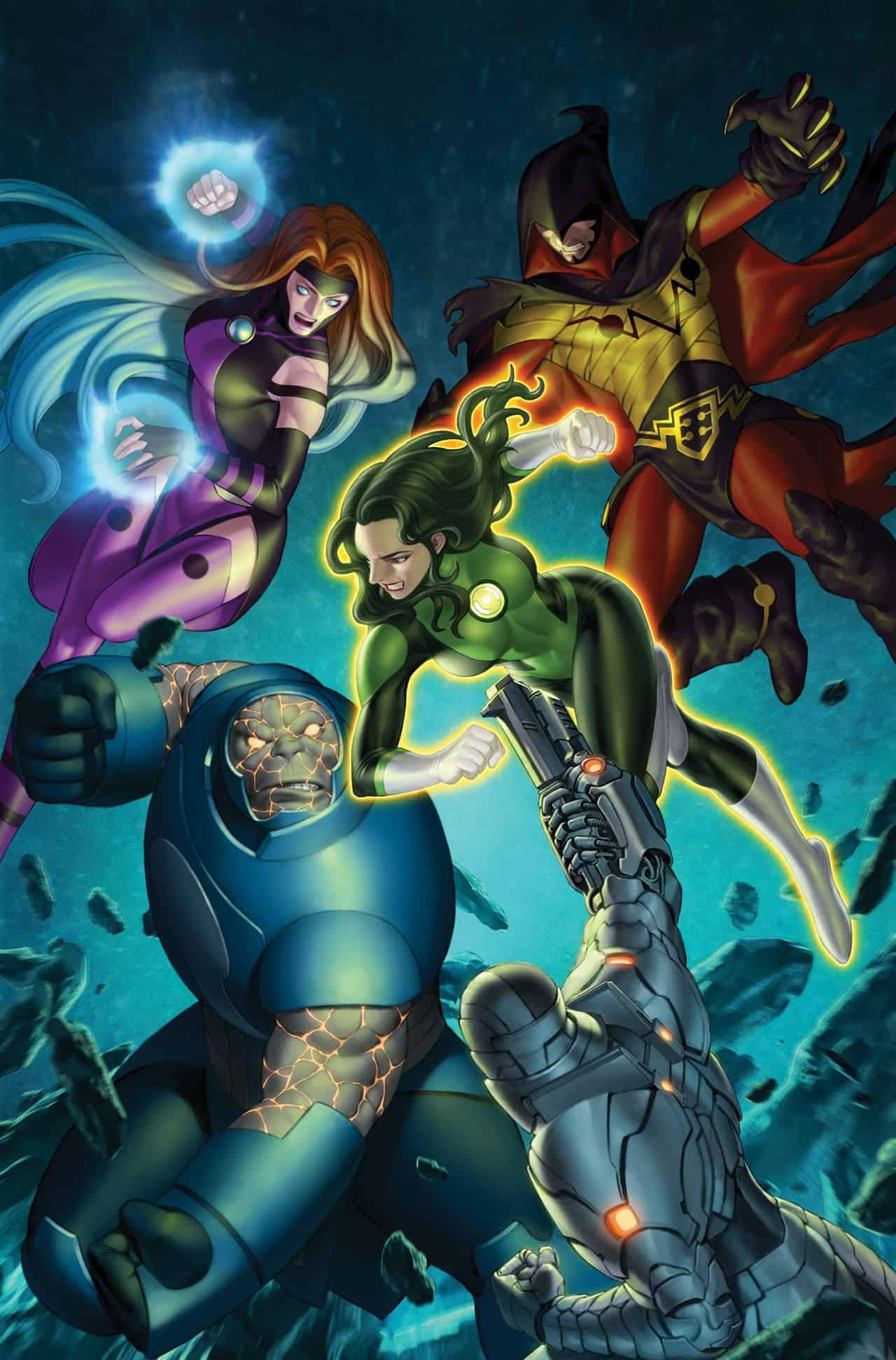 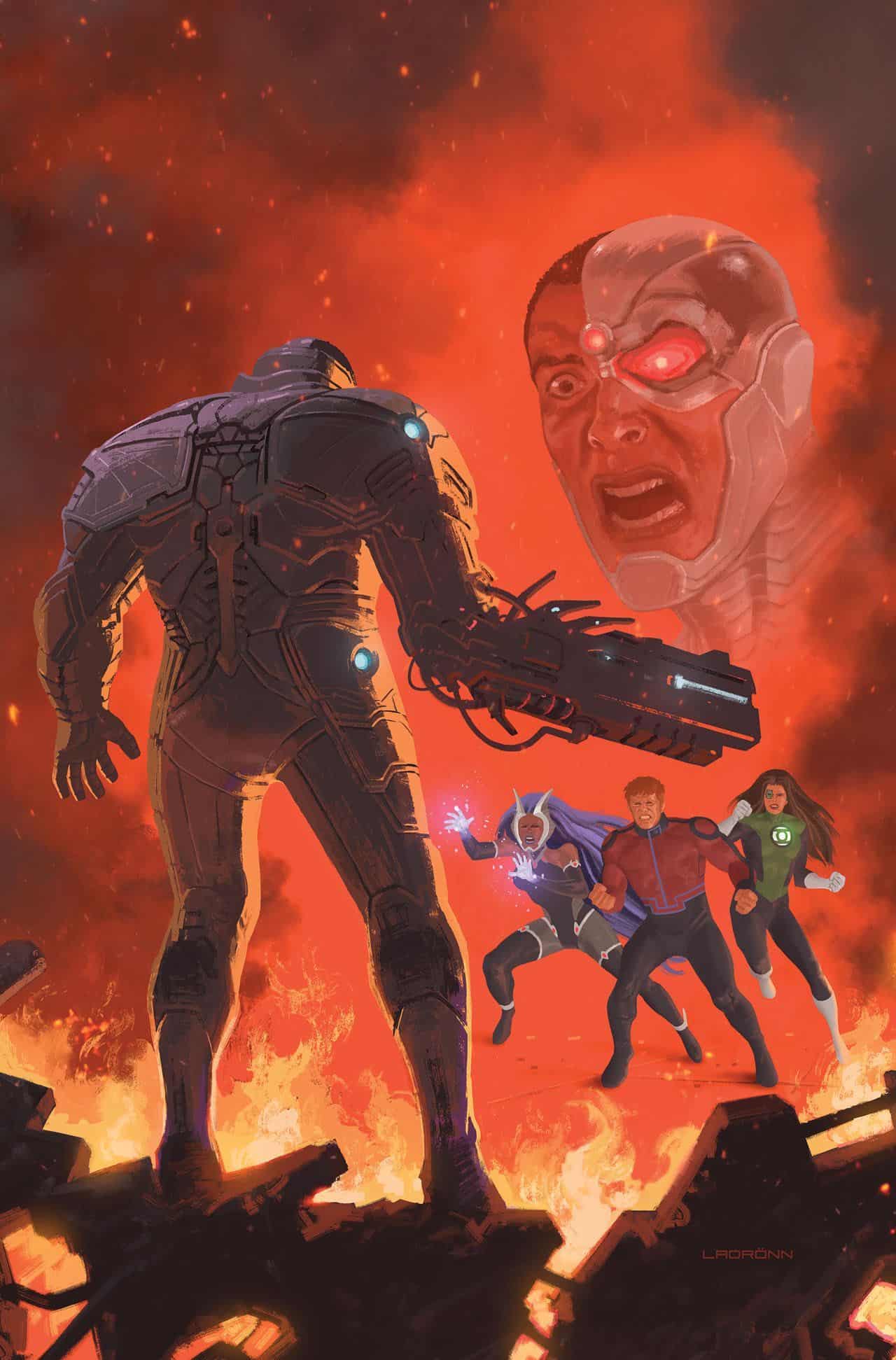 Darkseid stands triumphant again. On the cusp of rewriting reality and controlling the destiny of the universe, the Lord of Apokolips must face one final challenge: Vic Stone, Cyborg. If the half-man/half-machine Titan can overcome Darkseid’s programming, he may be the Justice League’s only chance at stopping the dark god’s power grab on the edge of the universe.