Warning: Use of undefined constant ëtrueí - assumed 'ëtrueí' (this will throw an Error in a future version of PHP) in /nfs/c12/h02/mnt/225260/domains/insidepulse.com/html/wp-config.php on line 102
 Legendary Comics Writer Denny O’Neil Passes Away At 81! DC Comics & Marvel Eulogize Icon! RIP | Inside Pulse 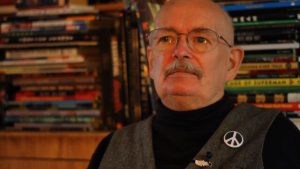 DC is deeply saddened by the loss of our longtime friend and industry legend, Dennis ‚ÄúDenny‚Äù O‚ÄôNeil.

Denny began his professional career as a reporter in Missouri, and it was a series of articles he wrote in the mid-1960s about the comic book industry that caught the attention of Marvel editor Roy Thomas. Denny soon started writing for comics, and in 1968 he contributed his first stories to DC. Denny quickly became one of the company‚Äôs most influential contributors, writing six or seven stories a month.

His breakthrough came in 1970 when he and artist Neal Adams started working on Batman. The pair forged a grittier version of Batman, returning the character back to his earliest days as the ominous Dark Knight of Gotham City.
‚ÄúDenny modestly described it as a return to the character‚Äôs roots, but it was much more than that,‚Äù said DC Chief Creative Officer and Publisher Jim Lee. ‚ÄúThey channeled the zeitgeist of the times and brought to life a darker, more evocative yet grounded take on Batman.‚Äù

Next up for the pair was a remarkable series of Green Lantern/Green Arrow stories, ‚ÄúHard Traveling Heroes.‚Äù These stories dealt with topics that were formerly taboo in comics, including drug addiction, racism, and other social ills. The stories won every award the comics industry could bestow.

After a stint at Marvel, Denny returned to DC in 1986 to supervise and edit the Batman titles. It was a post he held until his retirement in 2001.

‚ÄúDenny was an amazingly talented writer and editor,‚Äù said Bob Harras, Editor-In-Chief, DC. ‚ÄúMore than that, he was a beloved member of the DC family, and he will be sorely missed.‚Äù

On behald of the IP and Comics Nexus teams, I offer our condolences to the family, friends and fellow fans of Denny O’Neil.