Link to every Hyatte column archived.

(Please read FLEA and Bobby Mathews epitaphs as they’re better than mine.) 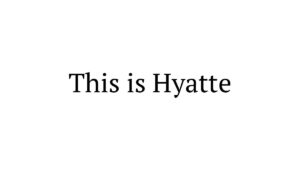 One of 411mania and Inside Pulse’s biggest writers from the early-mid 2000s died recently. He was on dialysis from diabetes and didn’t want to deal with having to live a lesser degree of living. Chris Hyatte was wildly known in early-mid 2000s  for his Mop Ups, which were stream of consciousnesses play by play reviews of shows, but that were actually fun to read and paved the way for tons of writers today, including myself who try to have a distinctive style while doing play by play instead of just doing it paint by the numbers. Hyatte also did the Midnight News which were always quite lengthy and a lot of them didn’t bother to focus on wrestling as you could tell Hyatte was kind of losing passion after the Monday Night Wars died down (as did most IWC writers, Widro explained to me that the 2000s was just the IWC running on steam and if you read old Eric S or Flea articles you’ll usually see the same sentiment).

However, his Midnight News was usually pretty fun granted he wasn’t trying to make you feel like shit for being a wrestling fan or being broke or not being famous (see his Midnight News where he wrote from Test’s pov basically saying that Test was so cool because he was banging all these bitches and everyone not famous was a cuck). Hyatte, overall with WWE, which I believe that he liked more than WCW from the start, was generally very positive and would try to be less critical than say Eric S or even a lot of writers today. I feel like I also have a lot of problems with Hyatte’s writing because at the end of the day its very good, but he could also use that as a tool to make you feel like shit. I think he understands insecurities of wrestling fans or just people who are nerdy in general and could use general stereotypes and write them as fact. He seemed very self-hating as a fan at times instead of elitist if that makes sense. Also some of his stuff is very dated, if you do read the Midnight News archives you’re going to want to completely skip the Tammy Sytch stuff as that was someone who was pretending to be her so he ended up looking pretty foolish for that but then came back with a pretty funny regular piece about Vince McMahon writing in. I’ve also had my problems with Hyatte personally, I added him on twitter around 2015 and he was very cool at first, but after a while he just got annoyed at me and kind of ignored me. I don’t mind being ignored, I have OCD and can be very obnoxious if I like you’re writing, asking you questions and pestering, its understandable… but I openly criticized him because he was bitching about how Zelina Vega blocked him on twitter when he made a fairly rude comment about her figure (something about how she was too skinny). Point is Hyatte was kind of a dick to me from 2018-2020 so I had him blocked on twitter and I actually liked his writing so I was very scared to even try to argue with him or afraid of what he could say because, with my OCD, I’ll actually get stuck on it especially if I consider you a good writer or care about your opinion.

At the end of the day though I don’t have any kind of grudge toward Hyatte and was pretty sad when I found out he died. I also found out about Hyatte’s death almost RIGHT AFTER the Brandon Stroud accusations happened and you know what’s funny to me is that Brandon Stroud is this super PC dude and Hyatte is totally like “no fucks given”, write whatever is on his mind (rape jokes a plenty in old Mop Ups and Midnight News for example). However it turned out that Brandon was the guy who was outed as being a creep while Hyatte, the one who wrote completely fucked things by most accounts, was actually a good guy. What does that say for our current internet age? That we’ve actually gone backwards instead of forward by making everyone scared to say anything offensive?

I do think that I don’t have the same mindset on Hyatte as other people might because I never followed when he was writing actively, only after through reading old Eric S and Flea columns did I find out about him. The point is that Hyatte was a great writer that could actually make you feel things and paved the way for a lot of people and even though he hasn’t written for Inside Pulse since 2005 he deserves to be remembered on the site even if it’s from someone who wasn’t writing back then.

Note: I forgot to mention his And Another Things. Those were probably his best pieces and his Taking of Triple H reminds me a lot of the Daniel Bryan situation leading up to WM 30 except it wasn’t just some nerds in a basement who wanted him to win the title it was like literally all of the fans.

Update 6/29: Widro wanted to add his own tribute to Hyatte.

It was over 20 years ago that I read my first “Mop Up” by Chris Hyatte on the Scoops website. As a writer on 411 wrestling at the time, there was an entire lineup of superstar writers across the spectrum, the peak of the so-called Internet Wrestling Community (IWC). He was brash, offensive, and often had lengthy sections not dedicated to wrestling at all. But Hyatte was whip smart and had a comeback for everything. The Hyatte that ended up on the page was a character to be sure, but it was also very much him – you could see and hear the signs of it even talking to him. He wrote in an avant-garde style, something that the 90s internet uniquely offered opportunity for, that blew the pants off anything you would read in magazines or elsewhere. During the peak of the Monday Night Wars, Hyatte not only participated in the IWC but he arguably was its King, dictating the tone of dozens of copycats. He was infamous for posting Monday Night recaps days late – but it was worth it – the length and quality of nearly everything Chris wrote was at the gold standard.

I was introduced to Chris through Murtz Jaffer, and after a time, he agreed to come and write for us at 411. He helped us build 411 into the powerhouse it remains today with a gigantic stable of the IWC’s top stars including Scott Keith, Eric S and Flea. We launched Inside Pulse on August 9, 2004, an infamous moment that has faded from memory because 411 stayed so strong, but at the time seemed like the death knell of the site. The first year of IP was tumultuous to say the least, and after all the fanfare, Hyatte actually left after less than 1 year. His final column on Pulse Wrestling was August 8, 2005, nearly 15 years ago. The whole world has changed multiple times since then, and it’s almost impossible to imagine a writer like Hyatte being able to write uncensored in any prominent area of the Internet circa 2020. Check out his full archive, and I’d say the Monday Night Era Raw/Nitro recaps were the purest distillation of Chris Hyatte.

There will never be another Chris Hyatte. RIP Chris, you will be missed.

Editor’s Note: Hyatte’s IP writing archive is here. I want to thank Sebastian for this heart-felt eulogy as well as offer, on behalf of the IP team, our condolences to the family, friends and fans of Chris Hyatte.

I'm generally a pretty crazy guy, and try to have as much fun as possible. My tastes are very peculiar, and I've probably done far too many drugs for how old I am. I've been homeless before, lived in Washington and Florida. I'm generally a pretty peaceful guy, but do have a temper, and some bad depression and OCD, which I have to fight regularly, and am constantly getting new pharmaceutical drugs for these problems. So if I'm a bit edgy, and switch to mellow, its probably because of the drugs.