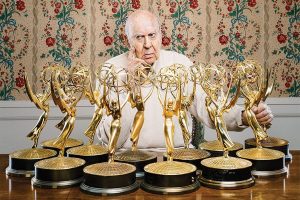 Carl Reiner, the writer, producer, director and actor who was part of Sid Caesar’s legendary team and went on to create “The Dick Van Dyke Show” and direct several hit films, has died. He was 98.

He died of natural causes on Monday night at his home in Beverly Hills, his assistant Judy Nagy confirmed to Variety.

Reiner, the father of filmmaker and activist Rob Reiner, was the winner of nine Emmy awards, including five for “The Dick Van Dyke Show.” His most popular films as a director included “Oh God,” starring George Burns, in 1977; “The Jerk,” with Steve Martin, in 1979; and “All of Me,” with Martin and Lily Tomlin, in 1984.

Rob Reiner tweeted on Tuesday morning, “Last night my dad passed away. As I write this my heart is hurting. He was my guiding light.”

In his later years, Reiner was an elder statesman of comedy, revered and respected for his versatility as a performer and multi-hyphenate. He was also adept at social media. He maintained a lively presence on Twitter up until the last day of his life. He was vocal in his opposition to President Donald Trump.

Reiner remained in the public eye well into his 80s and 90s with roles in the popular “Ocean’s Eleven” trio of films and on TV with recurring roles on sitcoms “Two and a Half Men” and “Hot in Cleveland.” He also did voice work for shows including “Family Guy,” “American Dad,” “King of the Hill,” and “Bob’s Burgers.” 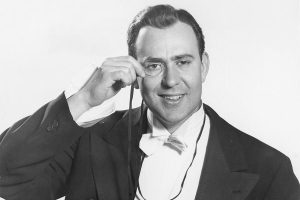 On behalf of the IP team, I offer our condolences the family, friends and fans of Carl Reiner.