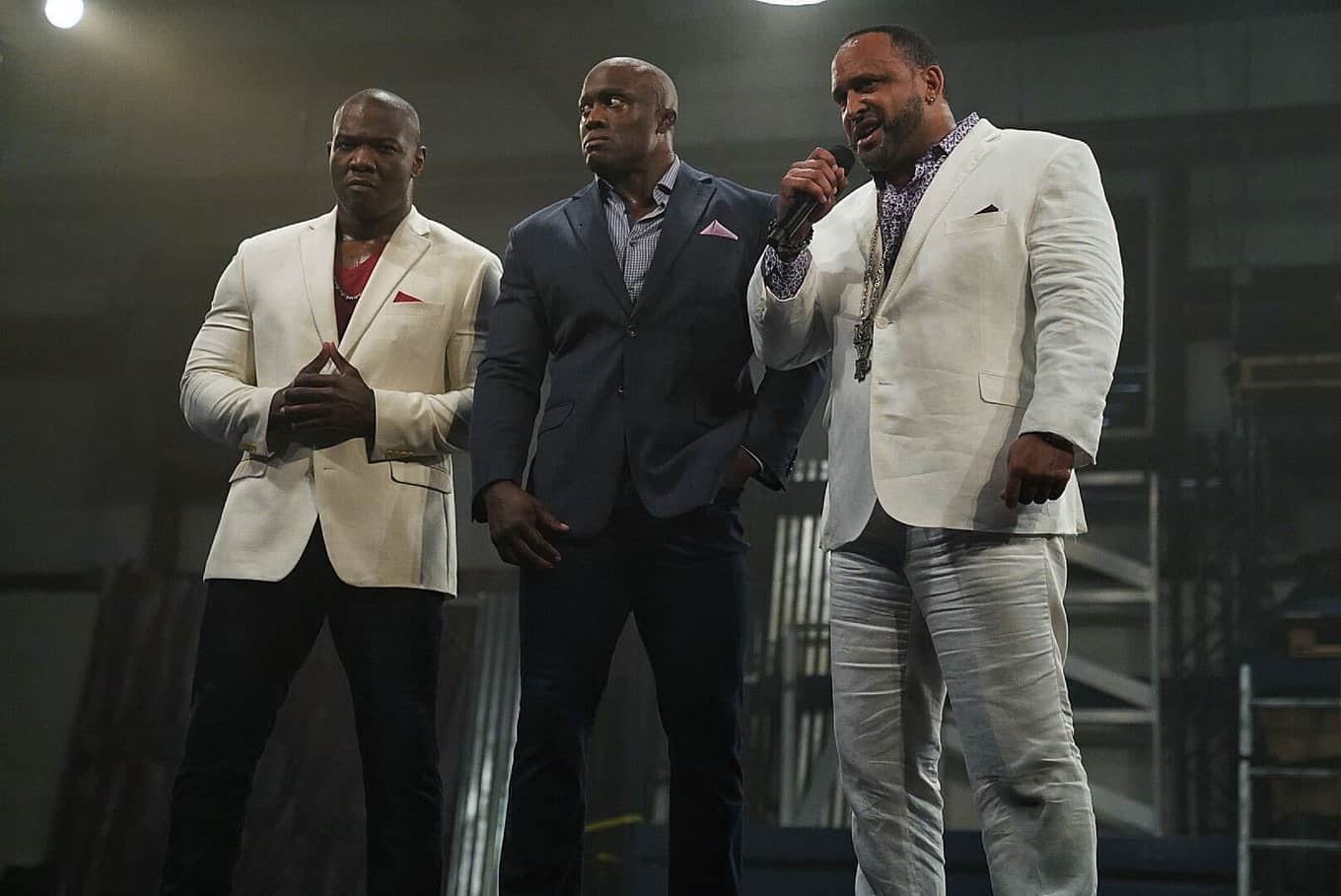 Well, despite there being three members of The Hurt Business on Raw for WWE – MVP, Bobby Lashley and Shelton Benjamin – only Lashley has related merchandise on sale at WWE.com.

The only Shelton Benjamin merch I found at press time on the WWE site was the below.

MVP had a little more.

Bobby Lashley had the most.

The Hurt Business is a team, not a solo act, and the merch should reflect that. Make it right WWE. They all deserve it after this week’s Raw.

We’ll see if Raw Underground is back next week.

The Hurt Business and the Golden Role Models with Sasha Banks and Bayley – who both share in the “All The Gold” merch – have been the most engaging and entertaining things on Raw for the last several weeks.

Intrigued by what next week’s Raw holds for the Golden Role Models, the Hurt Business and, hopefully, confirmation that Raw Underground was done-in-one.