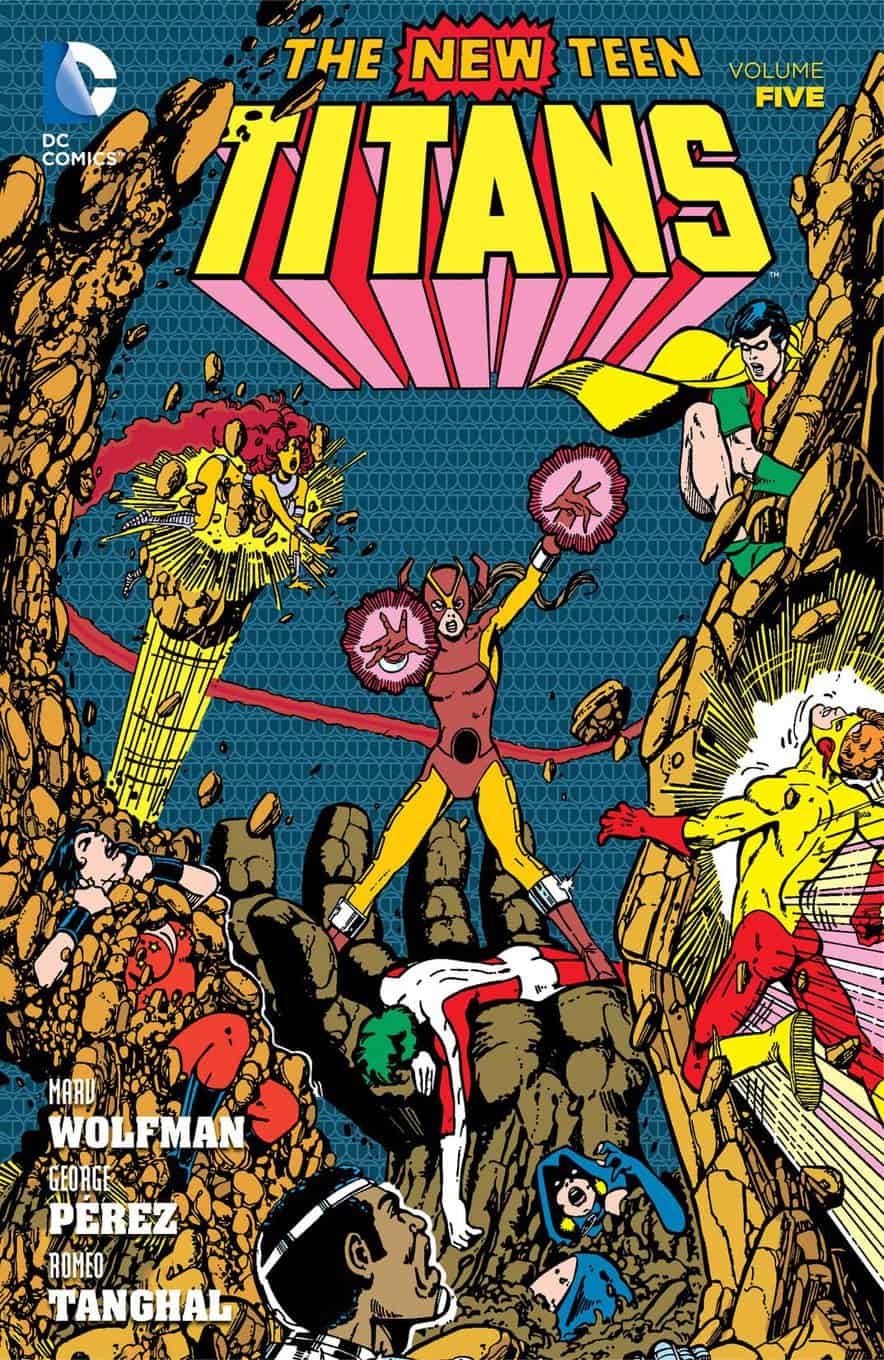 Spoilers from thirty-seven years ago

It’s time for more New Teen Titans.  This trade collects the lead-in to the story I’ve been most interested in reading, The Judas Contract, as Terra becomes a Titan, and the story moves towards the stuff that made this run so legendary.  I’m excited to finally read these classics, despite not always being impressed with this run.

This volume was pretty solid.  I liked the way Marv Wolfman built on earlier stories and arcs, bringing the Brotherhood of Evil back into the mix, as well as Brother Blood and Deathstroke, while also using these stories to launch his Vigilante spin-off series.  This book is at its best when it’s featuring traditional superheroes and focusing on the relationships of the characters (as opposed to space adventures and Raven’s problems).

A big focus for this volume was the inclusion of Terra on the team.  Personally, I feel that revealing that she’s working for Deathstroke so early was a mistake; I think it would have been more forceful had it been revealed to the reader at the same time as the team found out (although that’s two volumes from now, and I reserve the right to change my mind on that).  Knowing that she’s “evil” makes her actions kind of transparent, and causes odd scenes, like when she feels bad in fighting the villains the Monitor sent to Scarapelli in the annual.

I also wonder why, if Tara’s job is to infiltrate the team and learn all their secrets, she’s so confrontational and difficult all the time.  I would think that ingratiating herself would make them like her more, and then be more open with her.  Also, I doubt it would be too hard to find the identities of most of the team anyway – Gar, Vic, and Kory are clearly not able to hide their appearances, and Kory lives with Donna, which would make her identity obvious.

The other main focus of this volume, building on the previous one, is the continued development of Adrian Chase as a character.  He’s basically the DC Universe’s Punisher, with a family that was murdered by mobsters fueling a vengeance-fueled murder spree.  The costume that Chase chose as The Vigilante is terrific and so very 80s at the same time.  These books caused me to pick up the first trade of the Vigilante run that Wolfman launched shortly after these comics came out, so I’ll be revisiting him after I’ve finished reading my way through this Titans run (I only have up to Volume 9 or 10 at this point).

Aside from these newer characters, there is limited development of the other Titans, aside from relationship stuff.  Let’s take a quick look at the Titans to see what’s going on with them at this point.

George Pérez continues to improve through this run, with the Annual (which I suspect he co-wrote, but the issue credits were removed from the splash pages) being the best example of his work so far.  He plays around a lot more with layouts there, showing different groupings of Titans at the same time, or later using talking heads to advance the story.  (This is an aside, but the use of news reporters to narrate made me think of The Dark Knight Returns, which came after this).  Perhaps some of the credit for the Annual being so gorgeous goes to Pablo Marcos, who was not Pérez’s usual inker at the time, but still, it looks very nice.

I am curious to see what happens with Thunder and Lightning after this, and to understand the animosity between Brother Blood and the Brotherhood of Evil.  I imagine that it’s around this point that fans started clamoring for more Deathstroke, as he is a pretty cool villain in these early issues (I don’t get why he’s only referred to as The Terminator at this time).

In all, this was a decent run of issues, and I’m sure that, as we get closer to The Judas Contract, things will continue to improve.