Batman, Batgirl and Red Hood Deal With The Scars Of A Joker… Factory?

In addition to the above variant cover there are a few more variants for the issue. 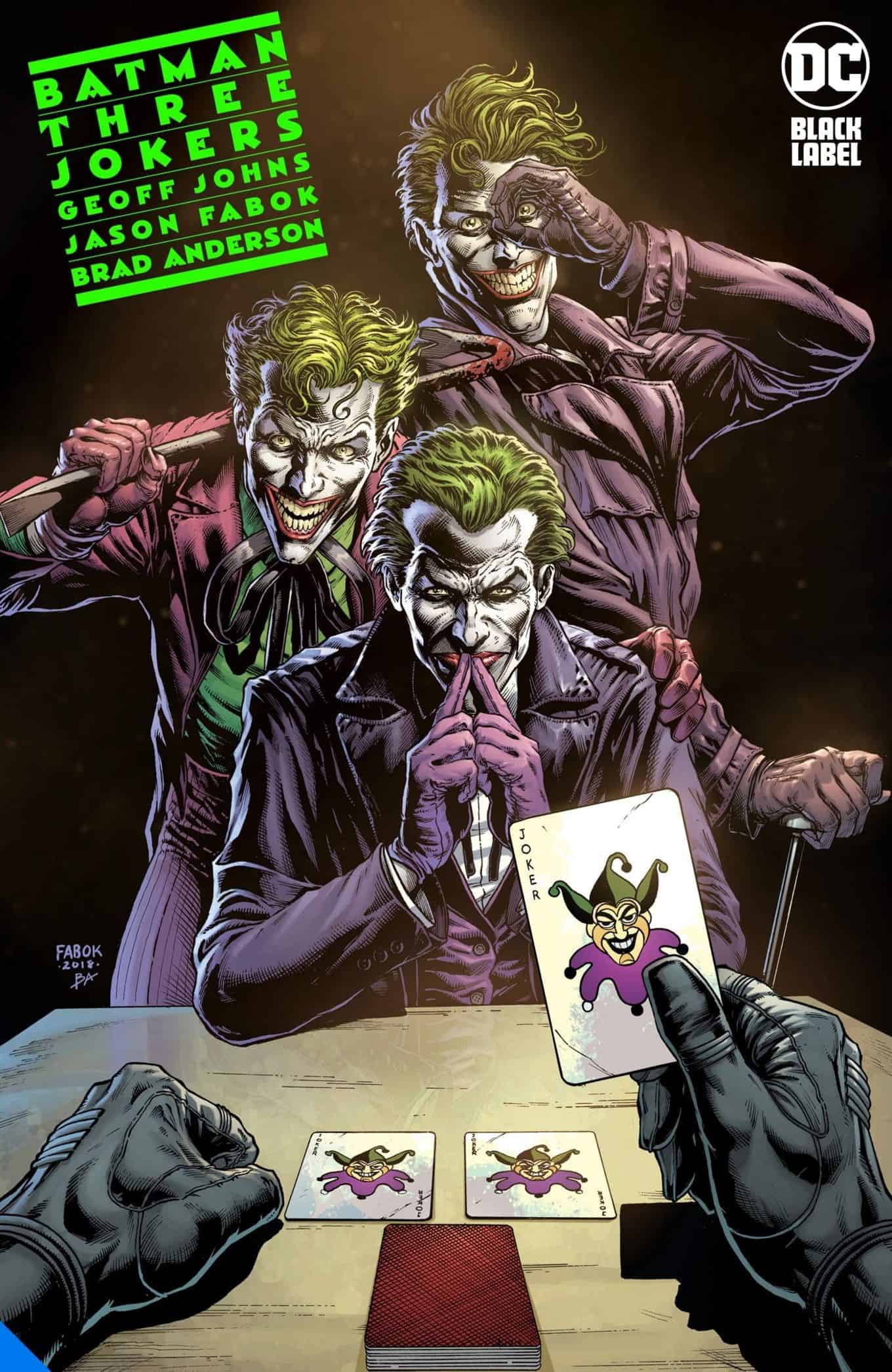 The book opens with an injured Batman… 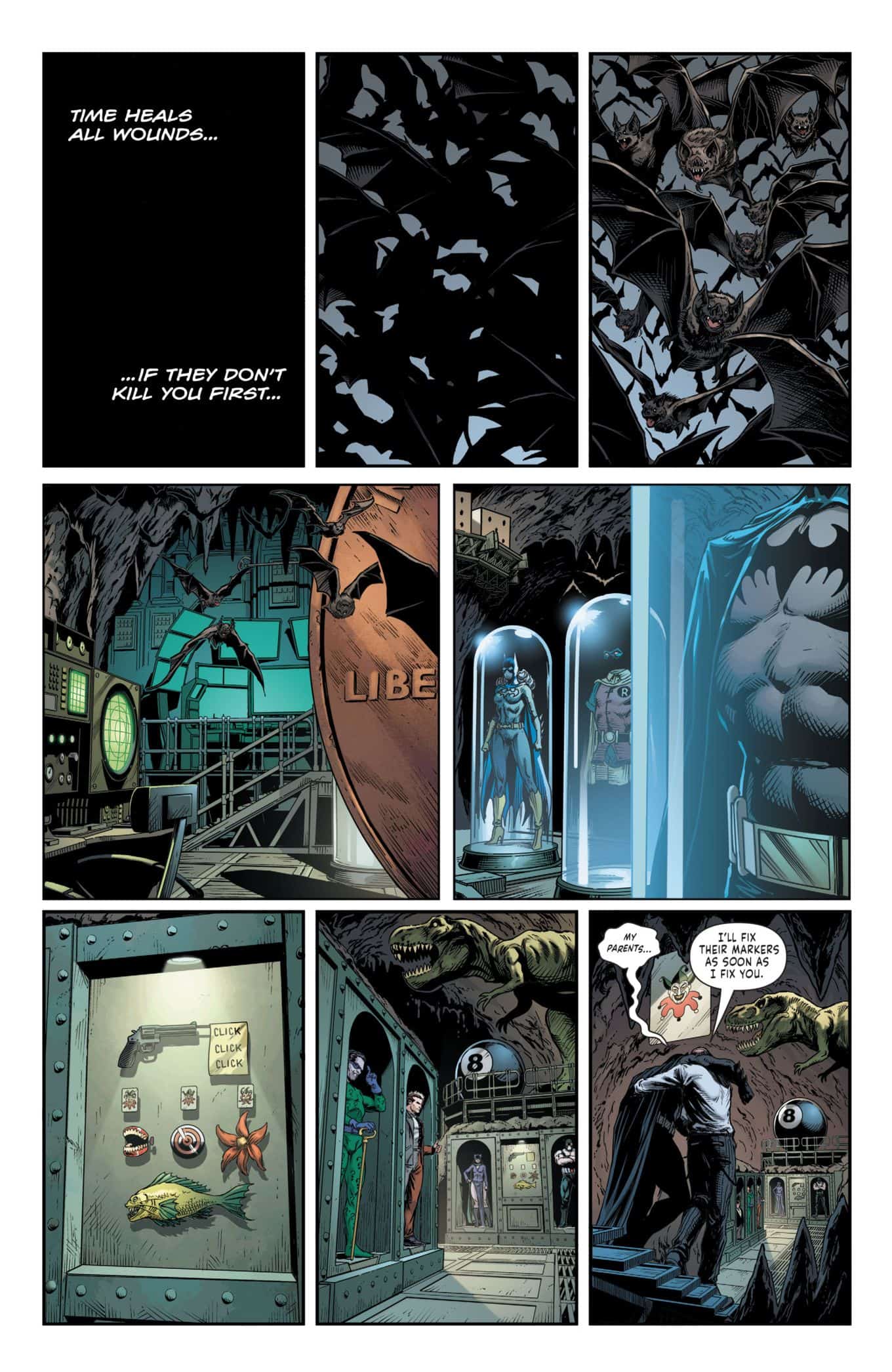 …getting patched up by Alfred Pennyworth after a battle with the Penguin. 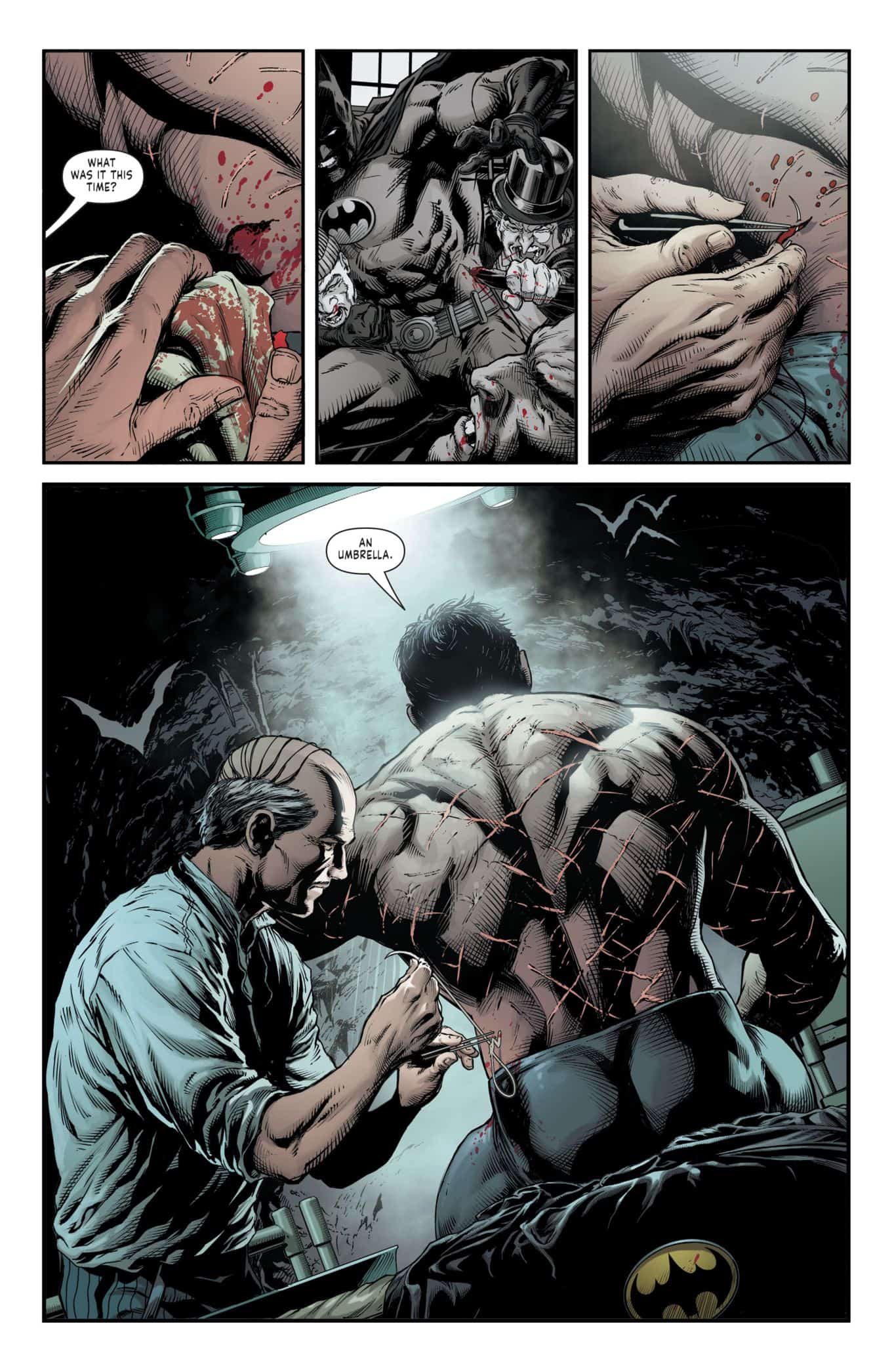 We then have a few pages showing who and how Batman got many of his scars from Bane to Catwoman to the Joker plus we get a retelling of the day Bruce Wayne’s parents were killed. We also have the first of three Jokers identified: (1) The Criminal. 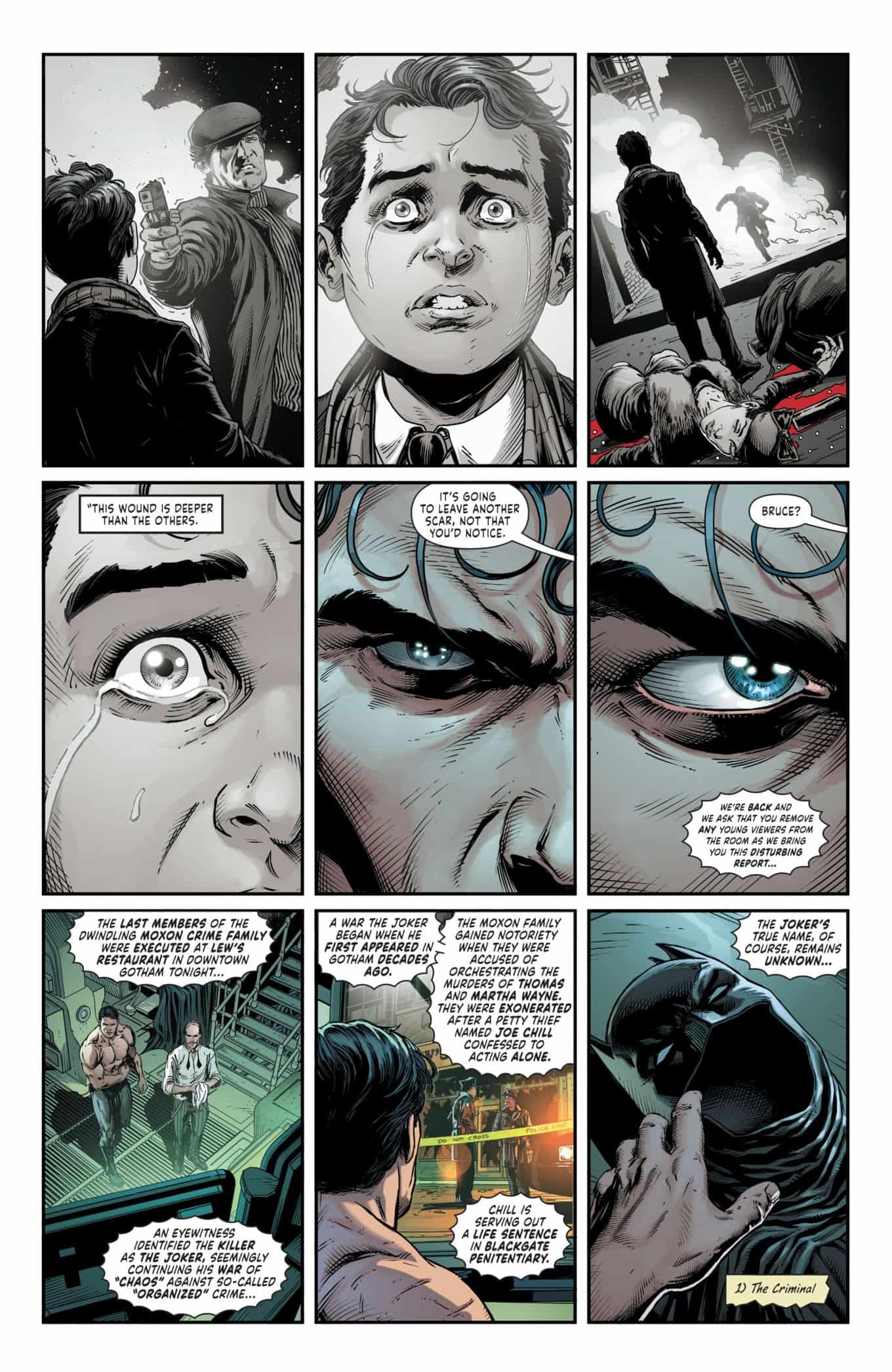 We then pivot to Batgirl aka Barbar Gordon who continues to deal with the scars from being shot in the spine by the Joker in the Killing Joke. We then have the second Joker identified: (2) The Comedian. 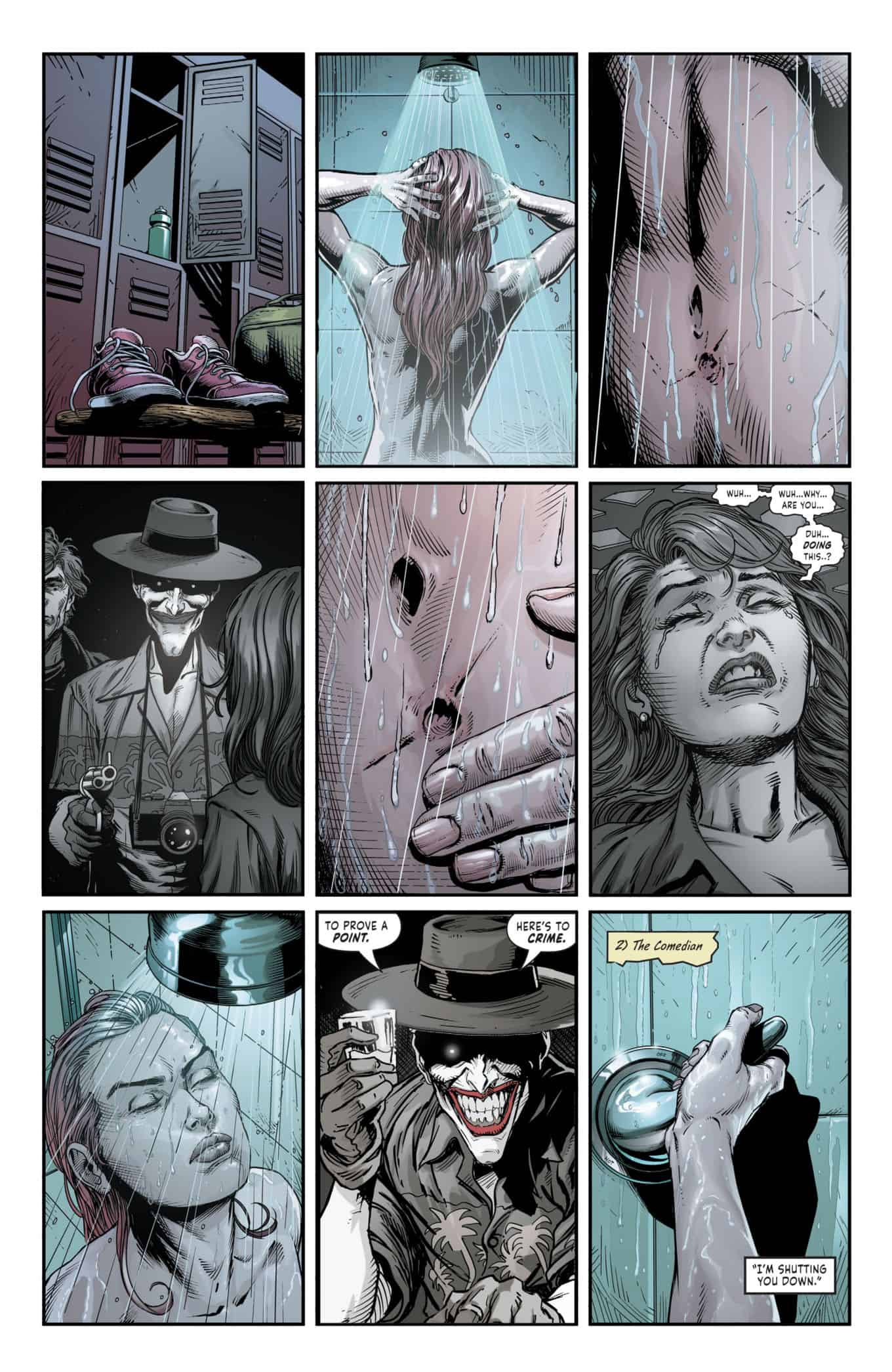 We then join former Robin the Red Hood aka Jason Todd in the midst of a fight still dealing with the physical and mental scars of being killed by the Joker in Death in the Family. 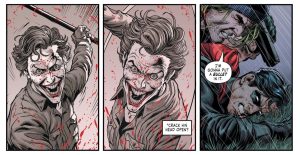 Then the third and presumably final Joker is identified: (3) The Clown. 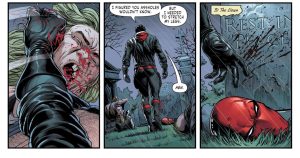 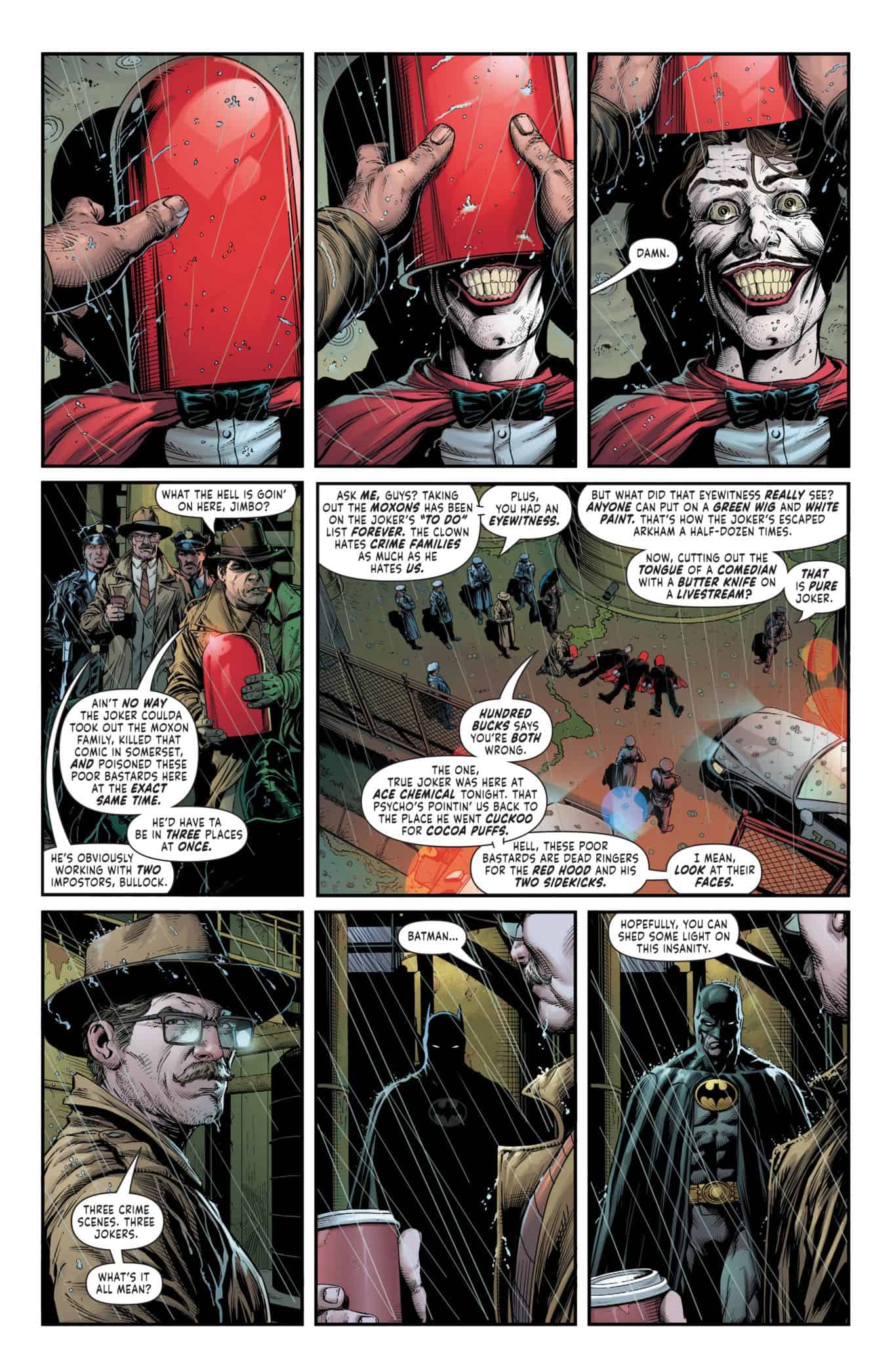 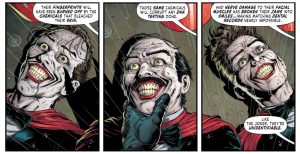 The venue is the chemical plant where an unnamed criminal become the Joker. 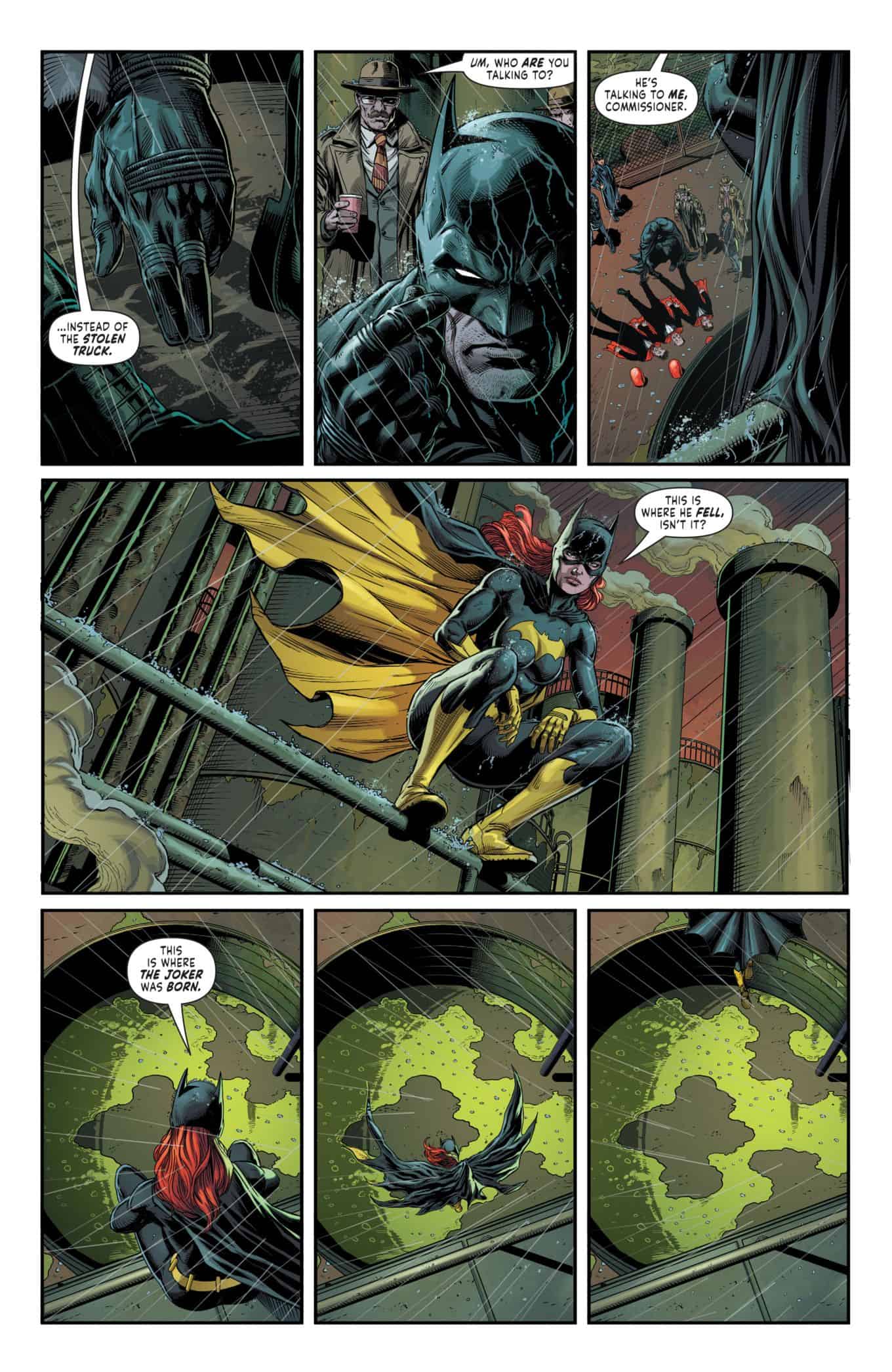 One of the Jokers isn’t dead and is rushed to hospital. 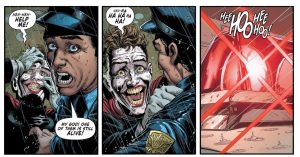 He’s confronted by the Red Hood in the ambulance despite it getting an escort from Batgirl and Batman. 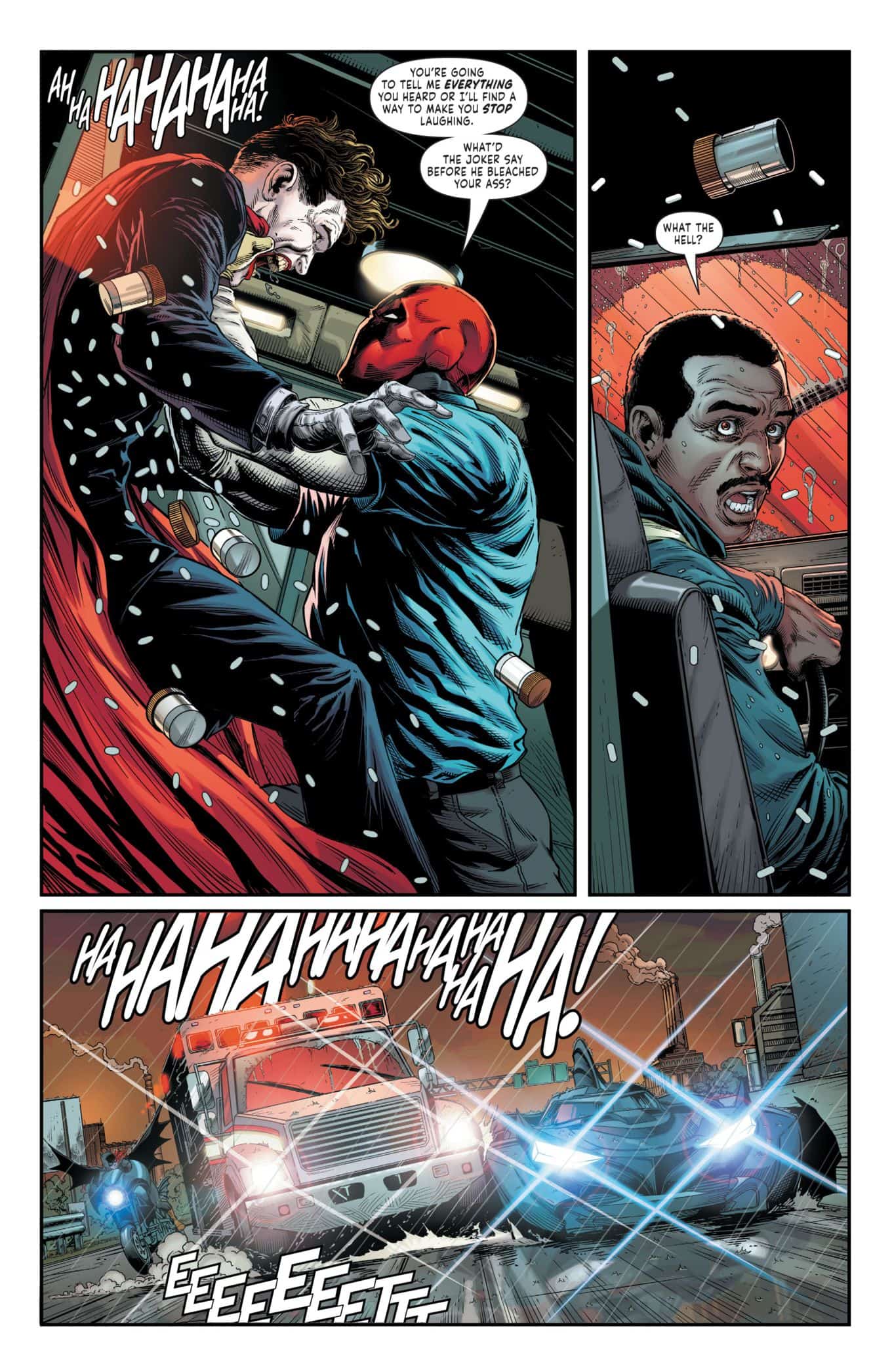 Elsewhere, we see that the Joker stole a tanker truck with the chemicals that made him the Joker and drives it to a cabin; it appears to be leaking. 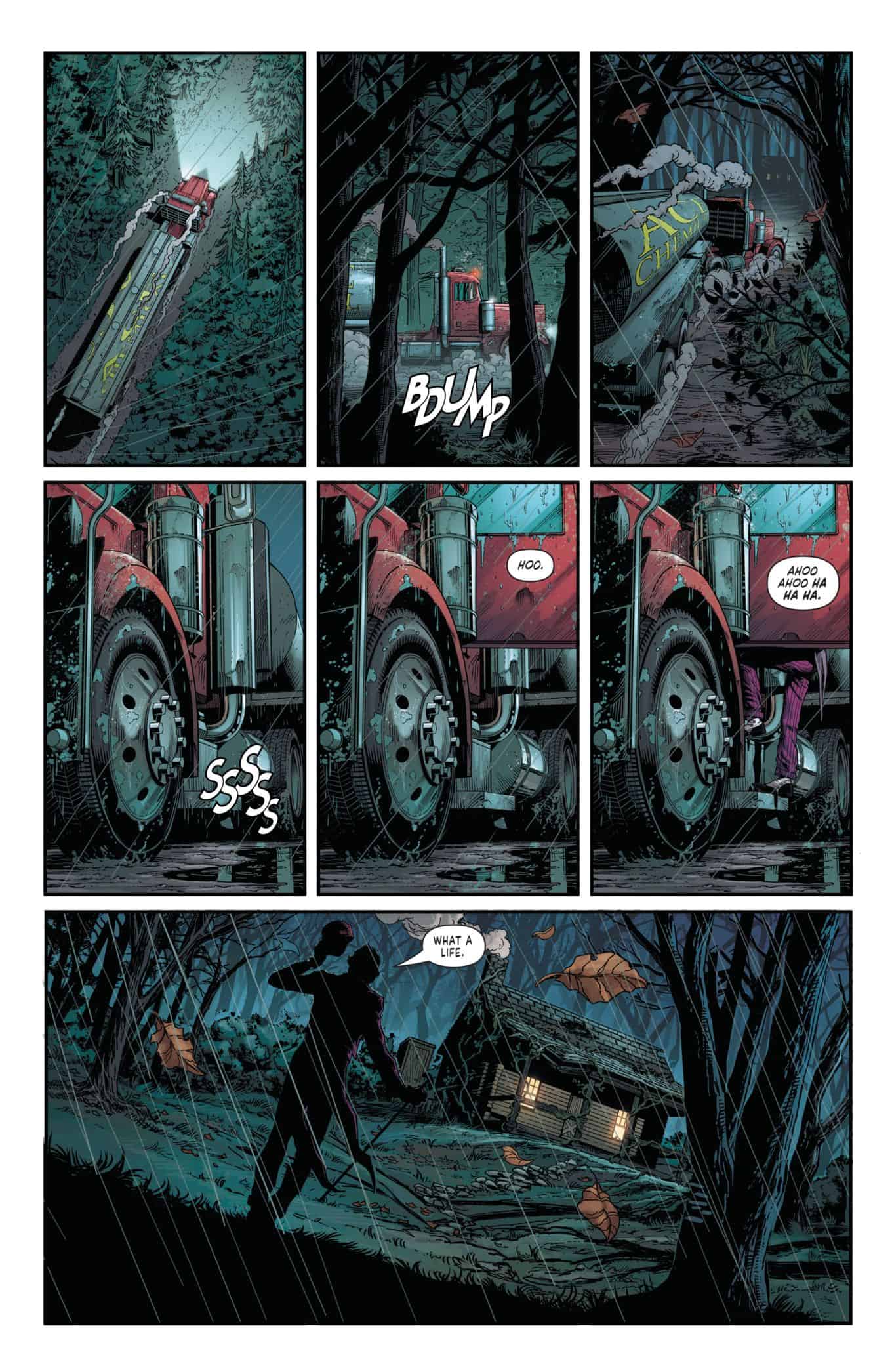 The tanker driver (Comedian) Joker meets the Clown Joker who…

…work for the Criminal Joker? 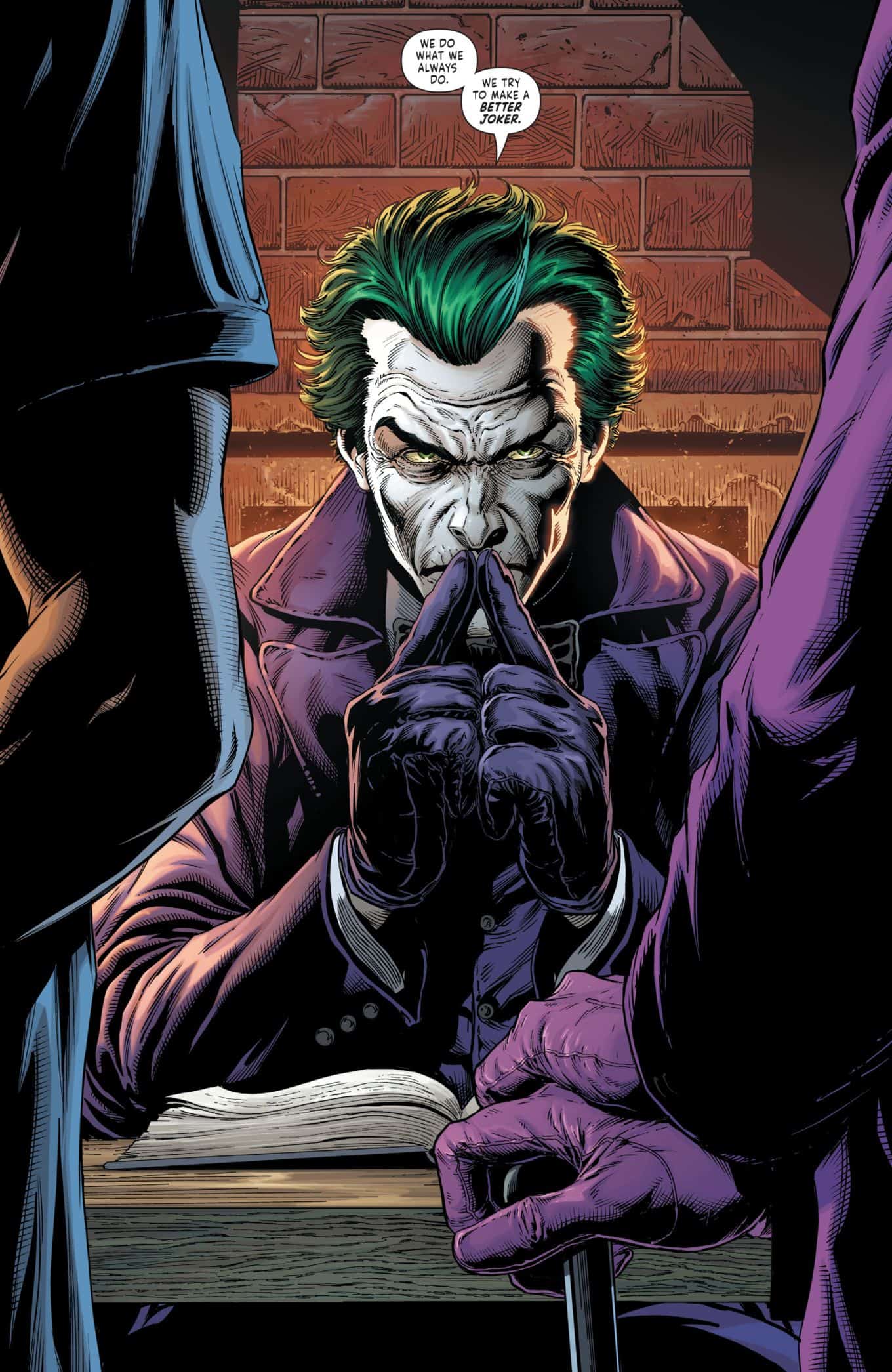 Two of them can’t be real, I think, as we’ve established with the chemical the Joker can create more of himself; Joker plans to create more Jokers. 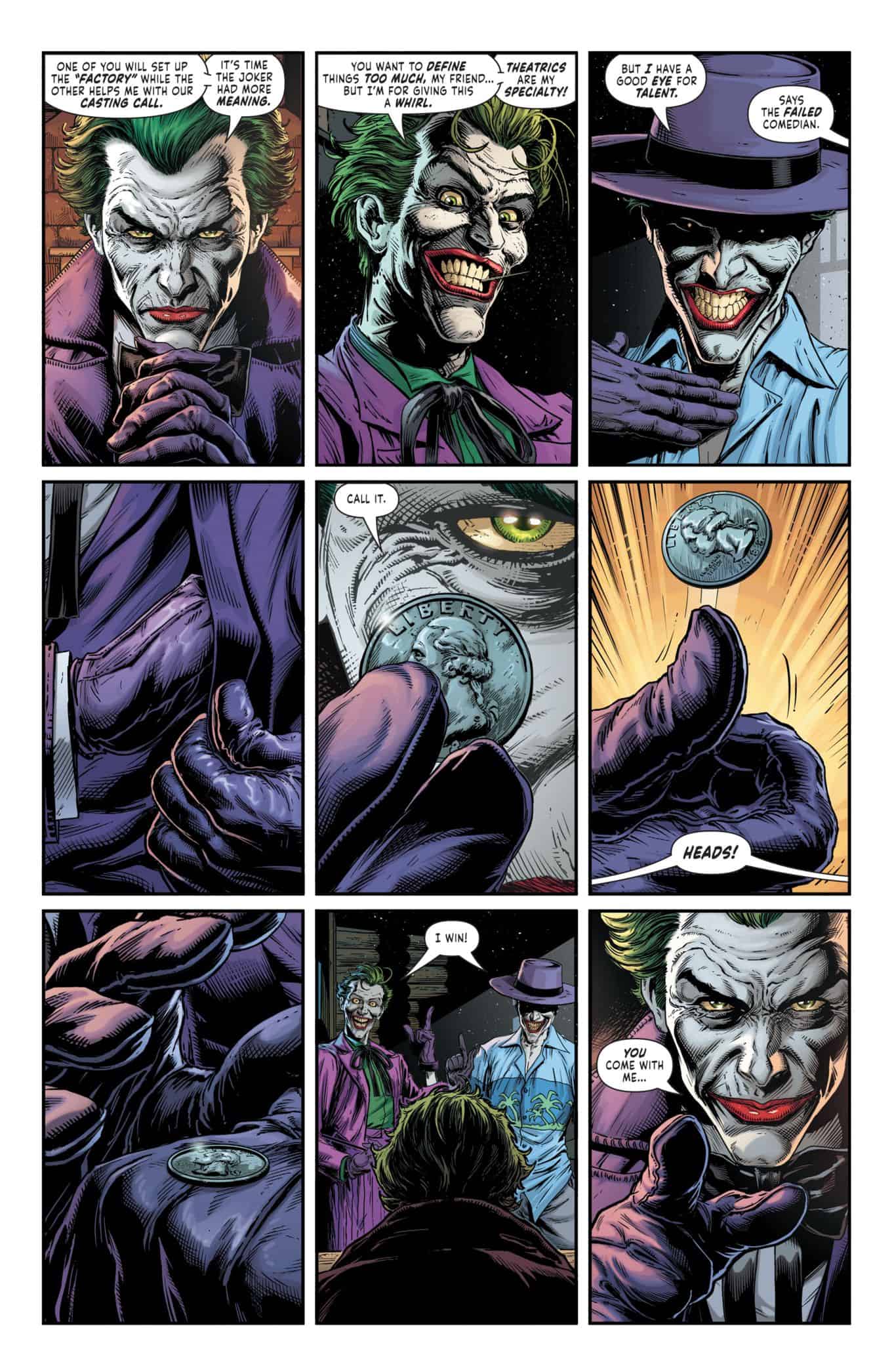 At the shuttered Gotham City Aquarium, Batman, Batgirl and Red Hood are looking for where the Joker stashed the chemicals; there they find lots of Joker fish and terrifying Joker shark! 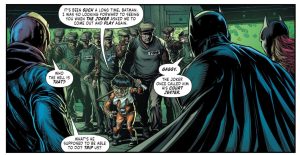 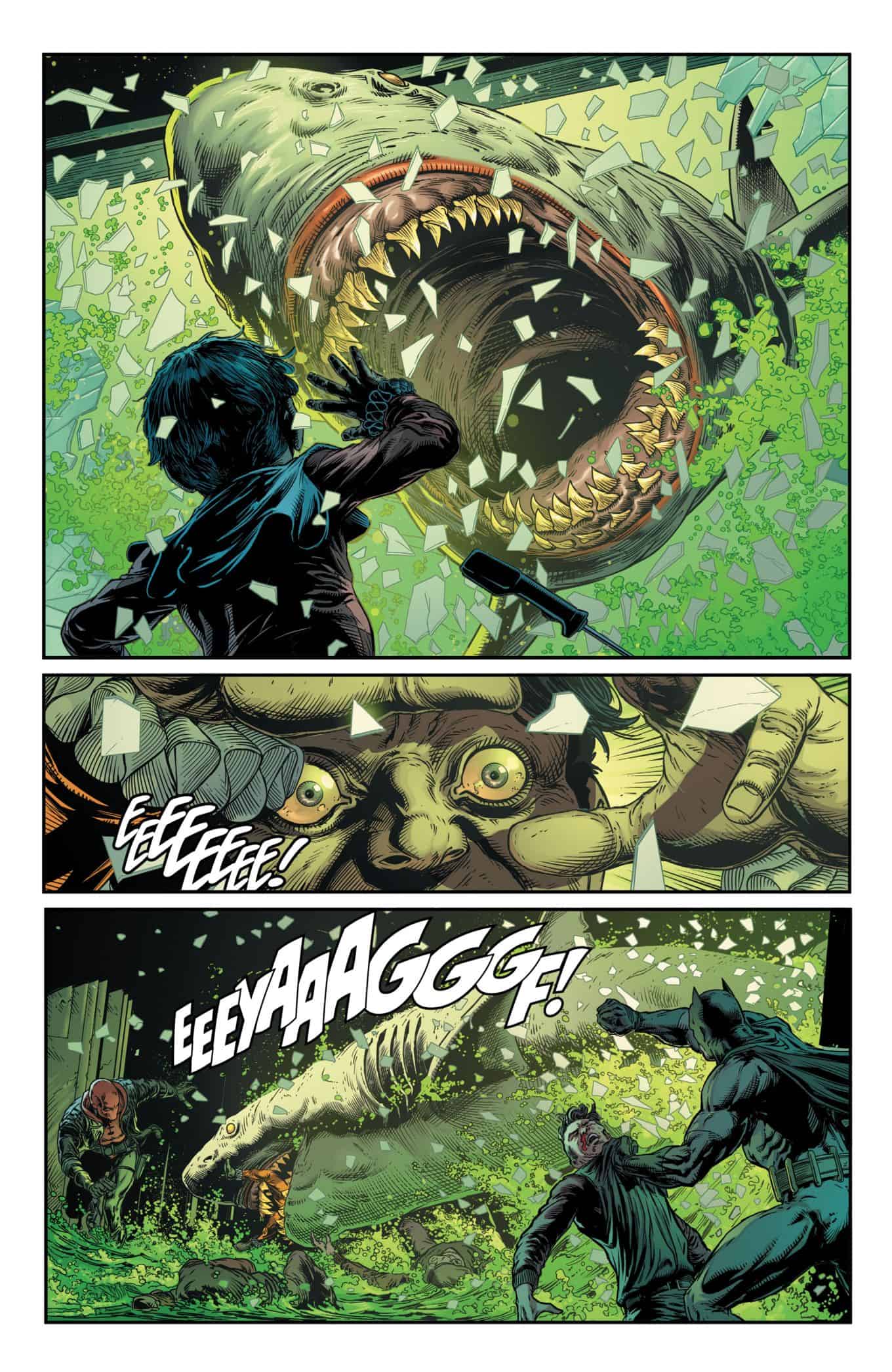 As the team surveys the damage, the Comedian Joker attacks and… 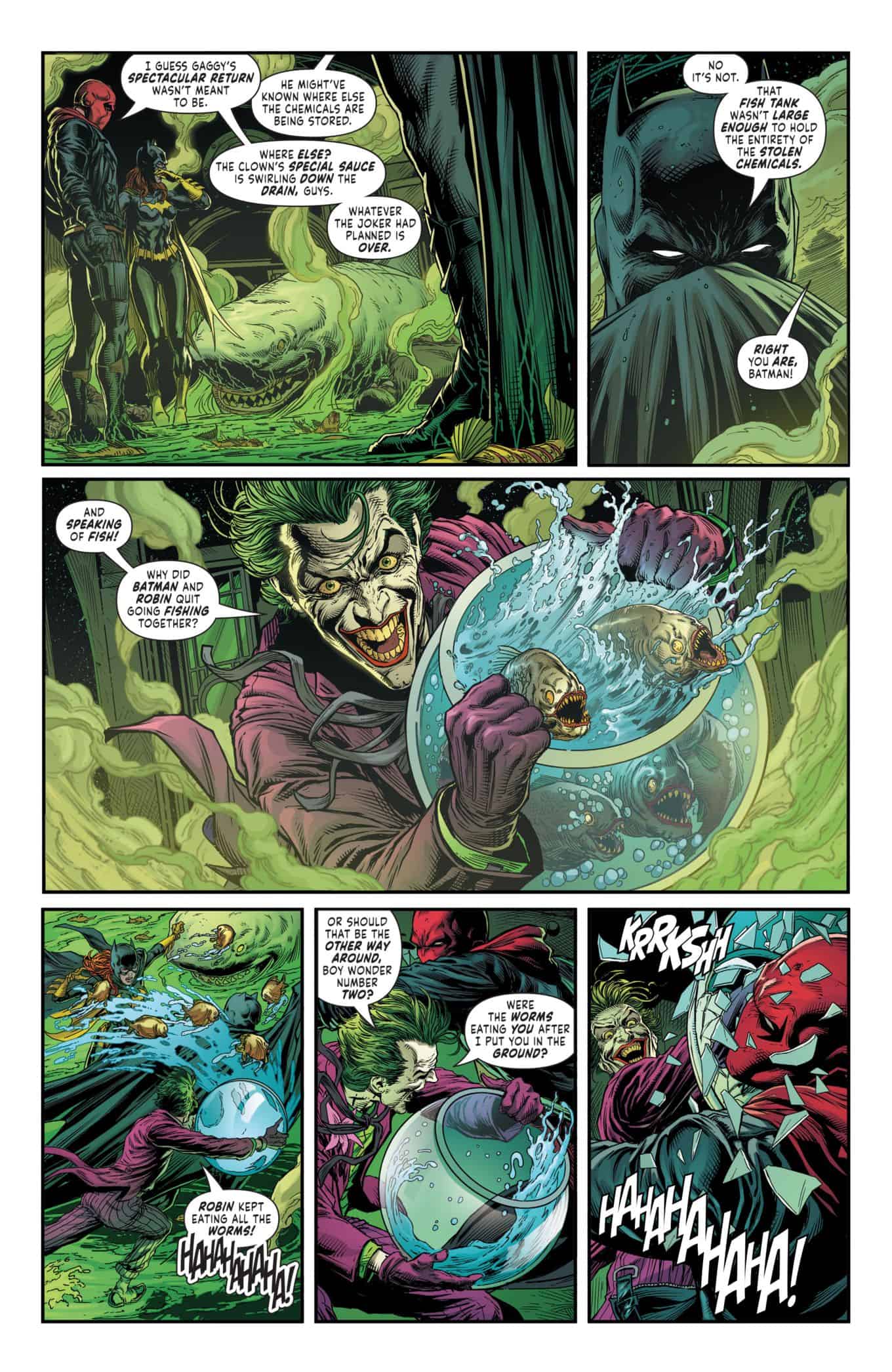 Another Joker, the Clown Joker presumably, has been captured elsewhere by the GCPD. 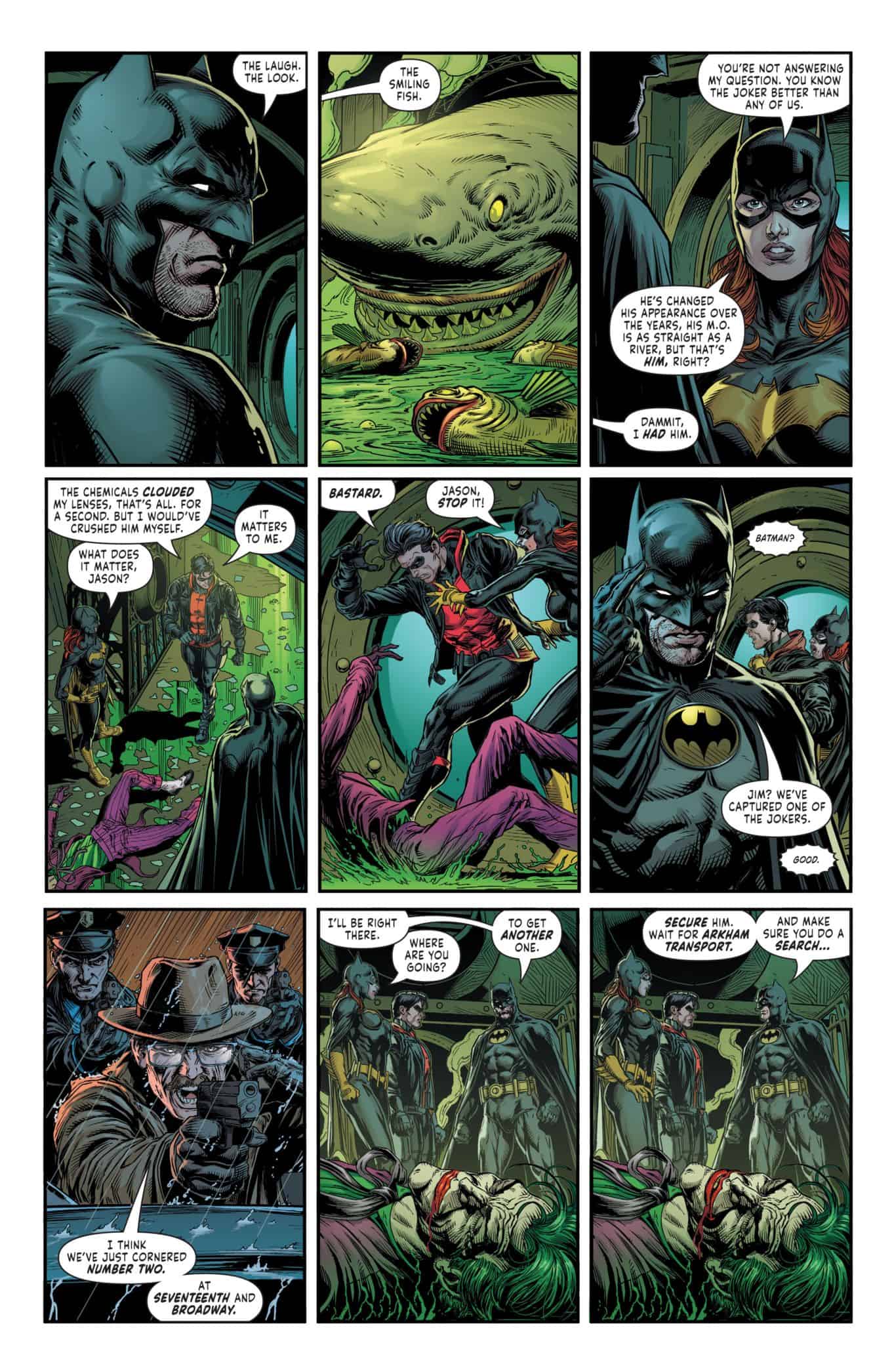 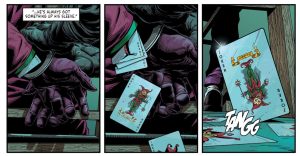 …gets Red Hood seething and… 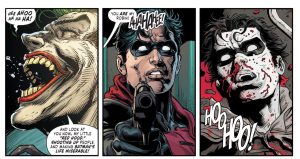 …Red Hood kills him despite… 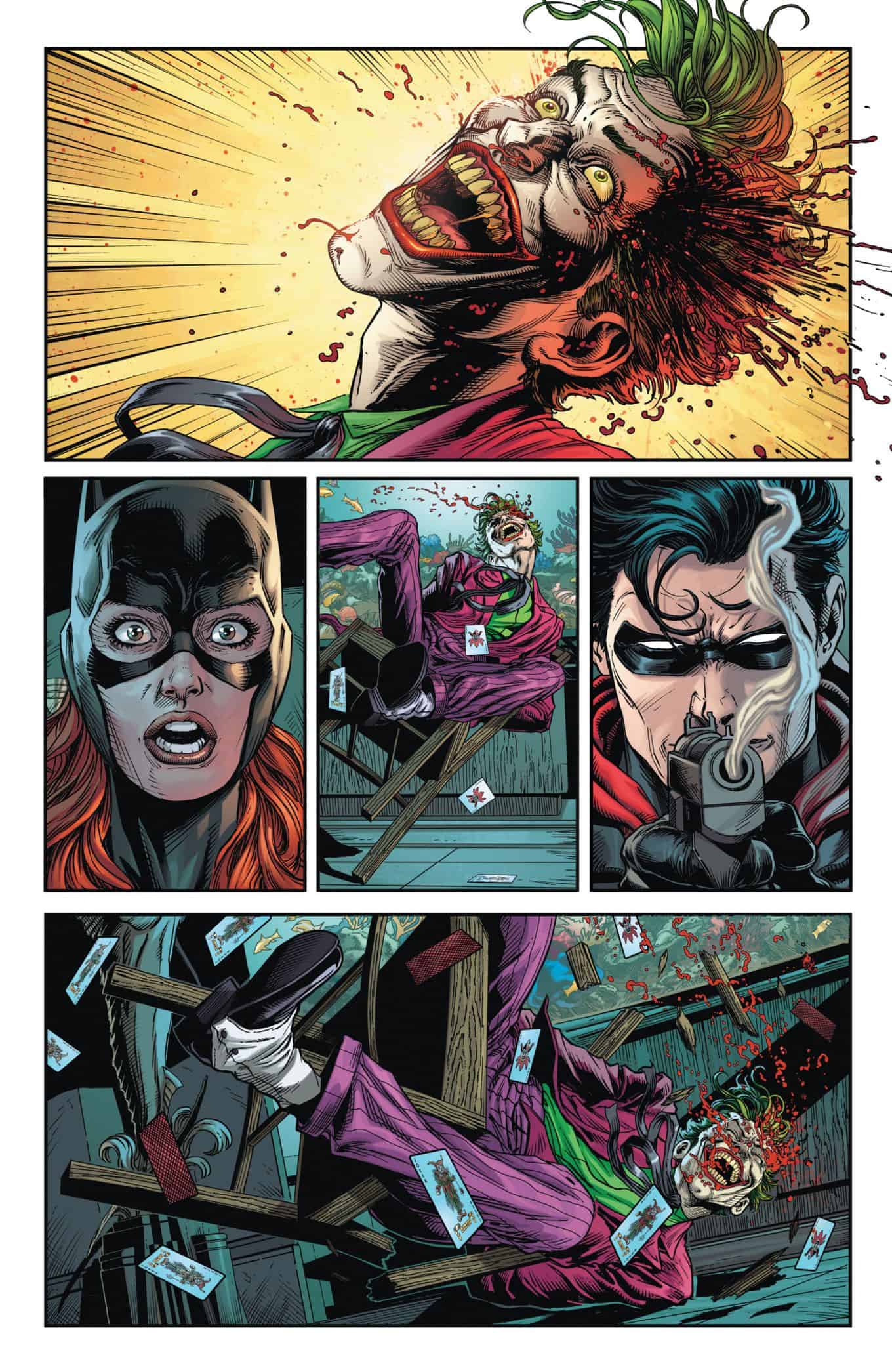 …Batgirl’s efforts to stop him from committing murder. 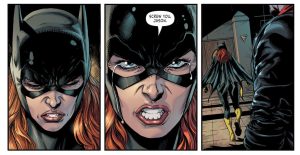 The book ends with Red Hood hoping he’s “ended it” by killing the right Joker. 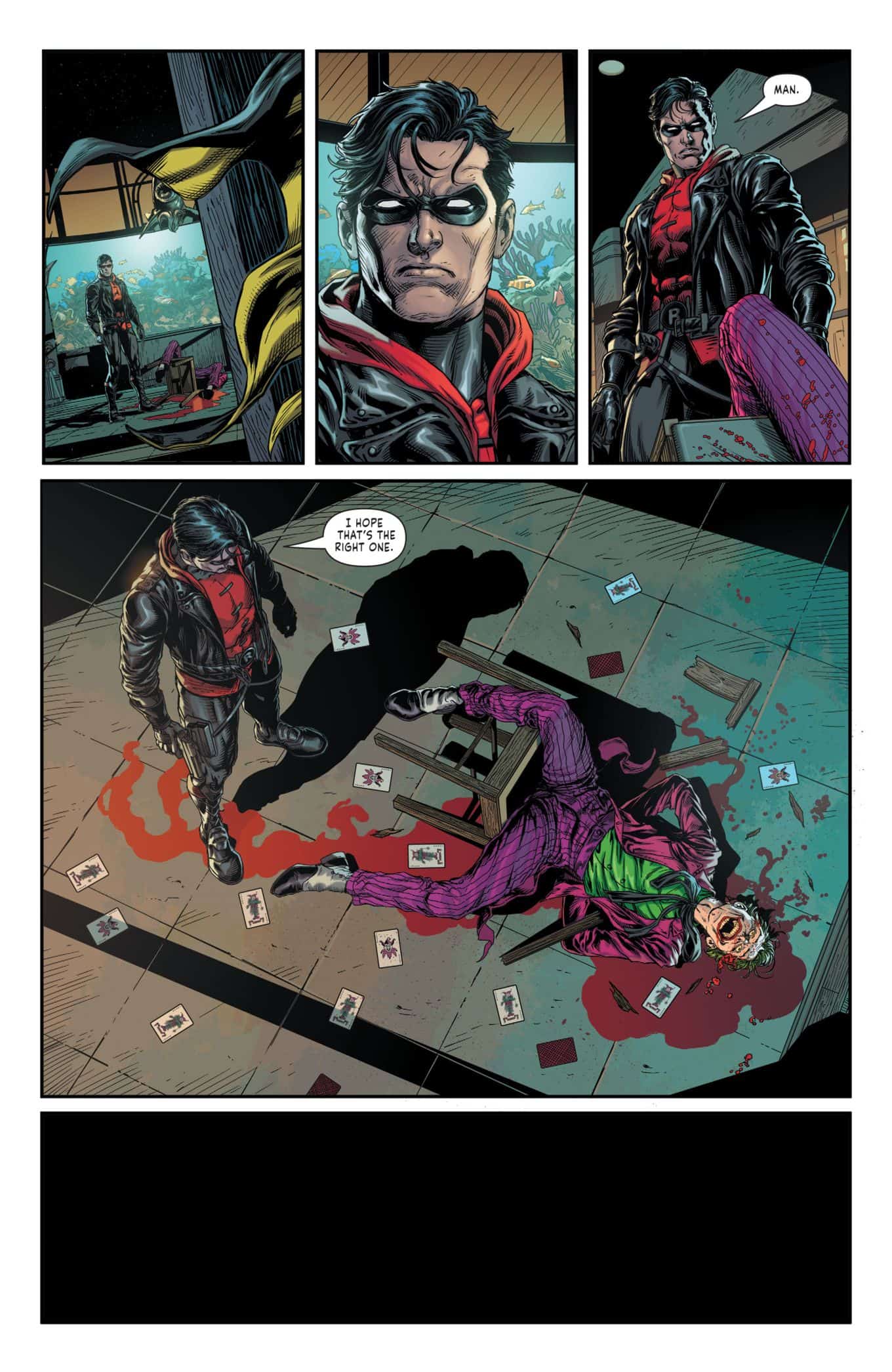 Well worth the wait. Multi-layered story with string characterization and pacing. Awesome art. 9 out of 10.