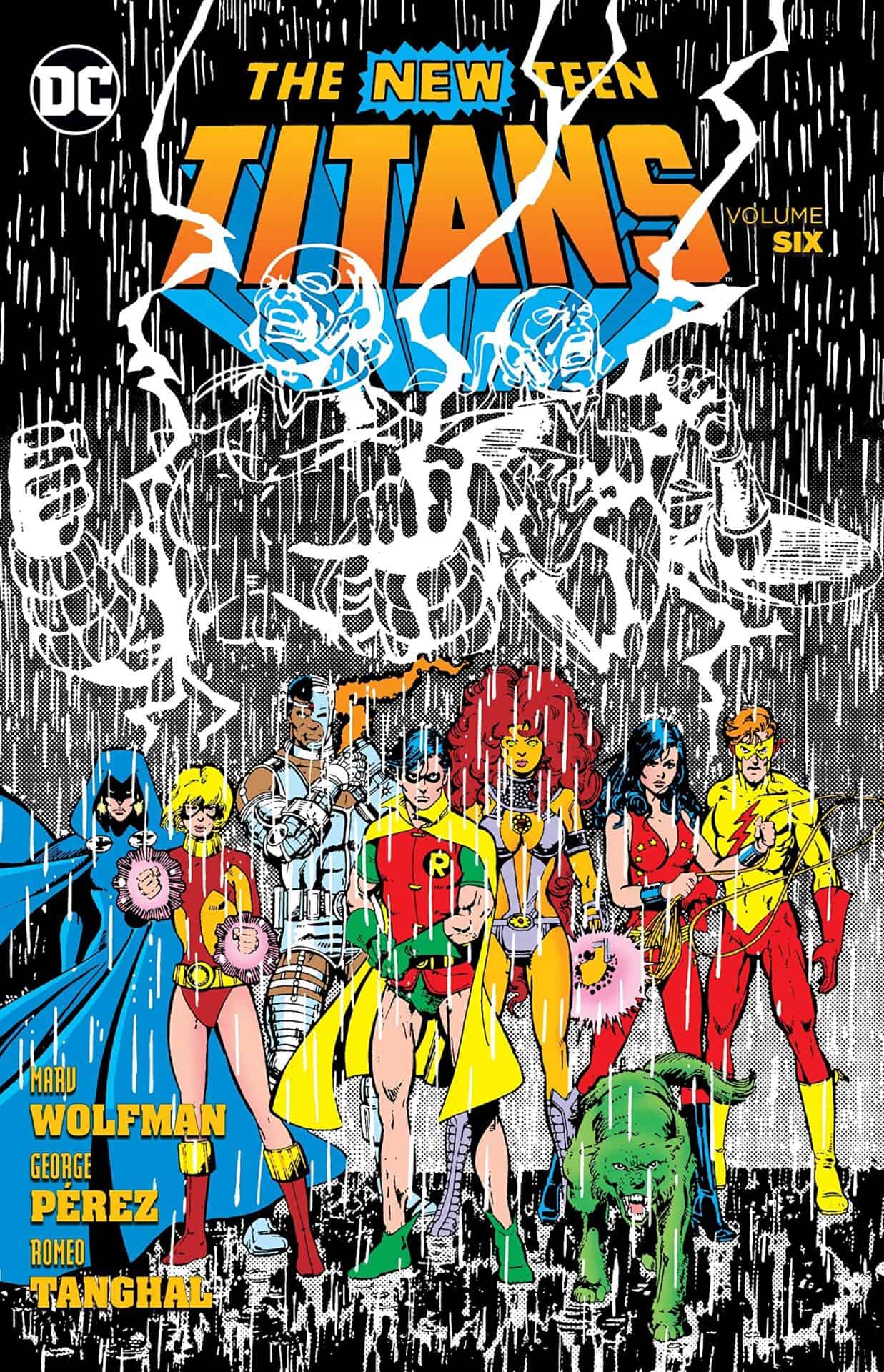 Spoilers from thirty-six to thirty-seven years ago

I keep working my way through these Titans trades, and with this one, am diving into the most celebrated part of Wolfman and Pérez’s run.  This is the time when Terra is on the team, secretly working for Deathstroke the Terminator, and when the teens seem to be having their most complex interpersonal issues.  I wasn’t that into the earlier volumes, but as I get deeper, I like things more.  Let’s see how that continues to be true.

I’m definitely all in at this point, and find myself enjoying the Titans more and more, as Wolfman and Pérez really figured out how to complement one another’s strengths (especially with the rare issues where Pérez receives a co-plotting credit, and clearly has a lot more freedom in the layout of the issue).

As a “volume” in a set of trades, this one is perhaps not the best curated, as it contains a bit of a jumble of issues that feed larger storylines.  I thought it was good to see Vic achieve closure on the Sarah Simms issue (and I support early attempts to address “issues”, such as domestic violence, in 80s comics), even if Sarah didn’t appear again in the rest of the book.  I also liked seeing some closure for Thunder and Lightning, even if their story ended up being as weird as their father looked.

The Batman and the Outsiders crossover was successful, in that it allowed Dick to address some of his issues with Batman, let Terra see her brother again, and probably gave the Outsiders book some attention as it was just starting out.  I’ve never read the Outsiders (except for the Millennium crossover issues), and for the first time, I find myself wondering if I should have given that series a chance.  (I also think it’s weird how, despite strongly disliking Jim Aparo’s art back in the day, seeing it here felt like going home again, at least as far as Batman is concerned.)

After the Outsider’s story, we got the one about Donna’s past.  This story was pretty convoluted, and while the touching aspects of it commanded the most attention, I can’t get over the way that a child slavery ring was just off-handedly accepted by everyone in the story as pretty normal.  I mean, a lawyer tracked down Donna’s adoptive mother to convince her to give the baby up again, for only twenty-five grand.  Even converted into today’s money, that doesn’t seem like a whole lot to steal a child for.  It’s also interesting that Donna Troy’s identity is going to become a question again and again, like Wolfman and Pérez, in asking this original question, have doomed her to forever battle Hawkman for the title of most retconned character in the DC stable.

From the quiet of Donna’s story, we move to a big story involving Brother Blood again (with a bit of a detour to check on Tara’s ongoing betrayal).  I’ll be honest, I just don’t understand Brother Blood.  The guy dresses in skulls, has killed many of his acolytes, has as his main underling a woman named Mother Mayhem, bathes in burning blood, gets implicated in election tampering, and builds crazy high tech churches on an island populated by criminals, and in Massachusetts, but somehow, he’s able to win the trust and adulation of most of America.  How?  And where does he get his giant mutant spiders and scorpions?

I get it that the early 80s were a time when Satanic cults and child slavery rings were mainstays of the news (even if they rarely or never actually happened), but even with that context, I can’t get around the fact that people would side with Blood over the Titans, even as they vote out politicians that are supposedly working with him.  There are too many contradictions here for me, and also, I don’t come away from any of his appearances with an idea of what he wants or is after.  In my books, he’s lazy villain writing.

This volume shifts a lot more focus to Dick, who abandons his Robin identity without having yet figured out what his new one should be.  Along the way, he ends up exposing himself to anyone who wants to spend some time connecting dots, but whatever.  It’s nice to see Dick become a more important character in the book, and to see him grow up.

Tara interests and irritates me in equal measures.  For a kid who grew up as royalty in a European country, she spends most of her appearances wisecracking like she grew up on Yancy Street.  I like the way Wolfman gives the reader hope that the kindness and friendship of her teammates (particularly Vic and Gar in this volume) might convince her to turn her back on Deathstroke.

By the end of this volume, the New Teen Titans title turned into Tales of the Teen Titans, because a little later on, DC relaunched the title as part of its higher-priced, Baxter-paper line (alongside the Legion of Super-Heroes, DC’s other premier title at that time).  The next volume in this series is the famous Judas Contract storyline, which I’ve been looking forward to reading since I picked up these books.  Is it as good as everyone says?  Next time…