Marvel Comics Universe & Cable #4 Spoilers & Review: Branded As Path To X Of Swords, But Is It Really?

Branded As Path To X Of Swords, But… 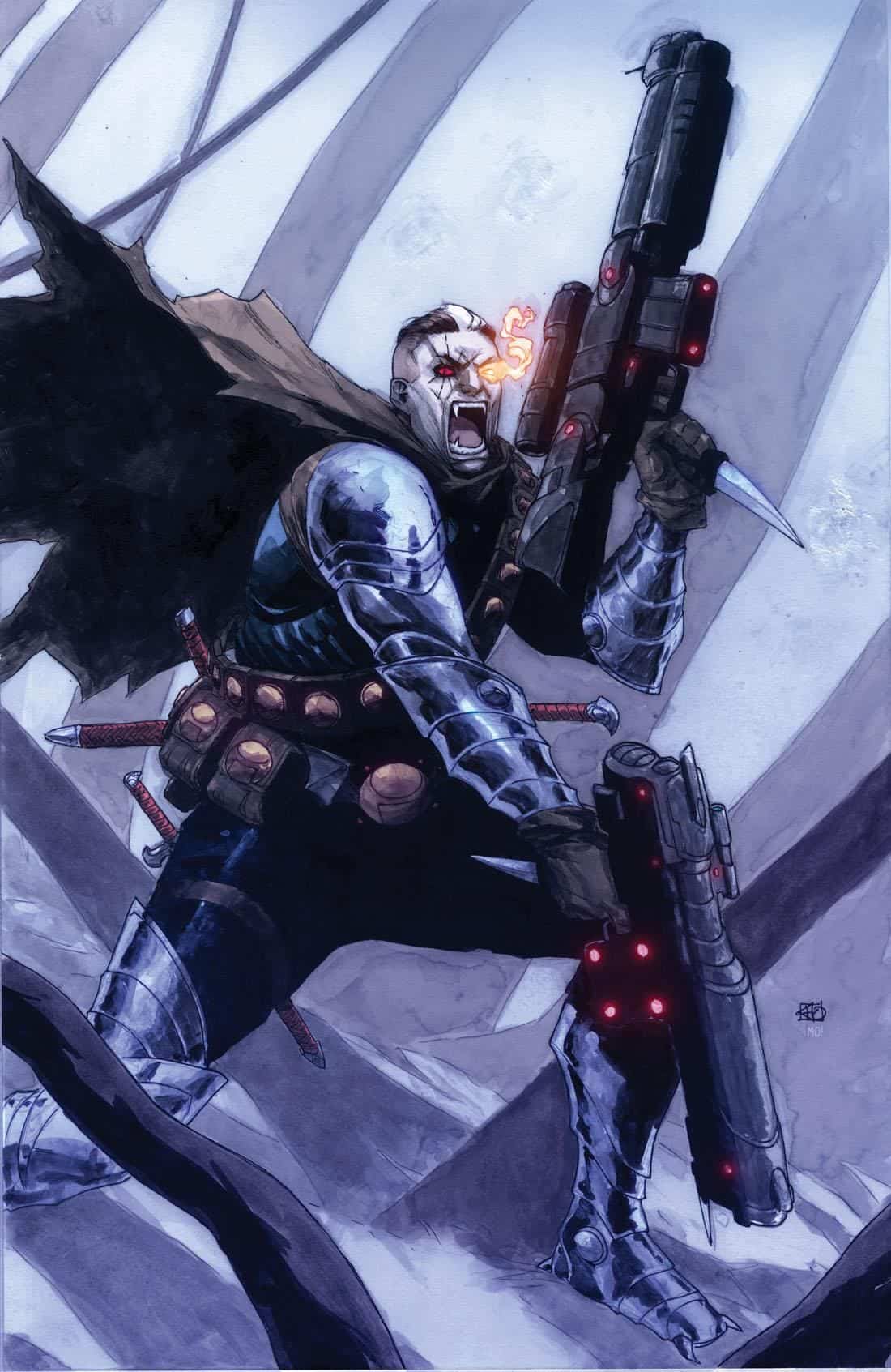 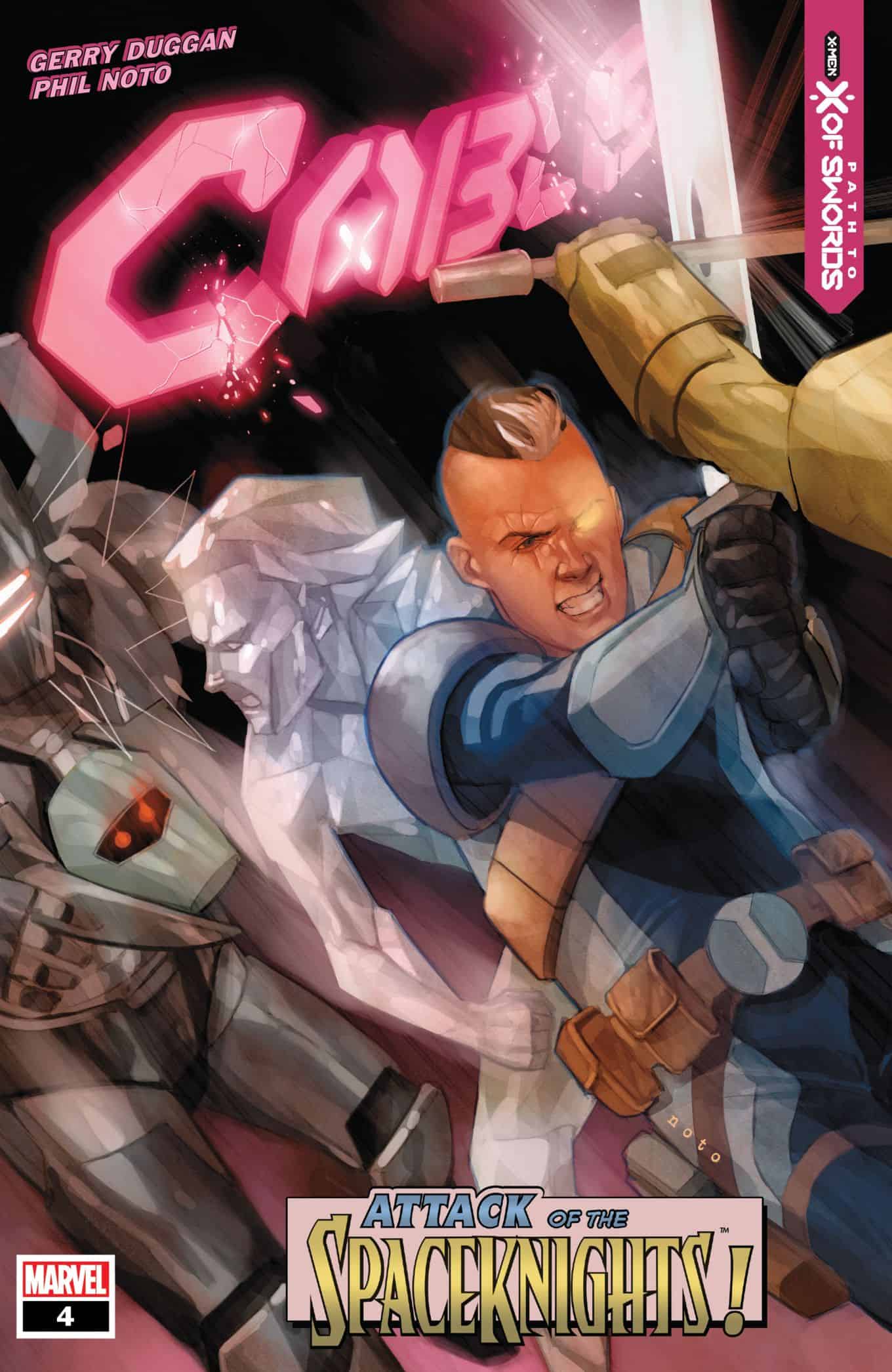 We open with a dramatis personae and a storyline catch-up page. 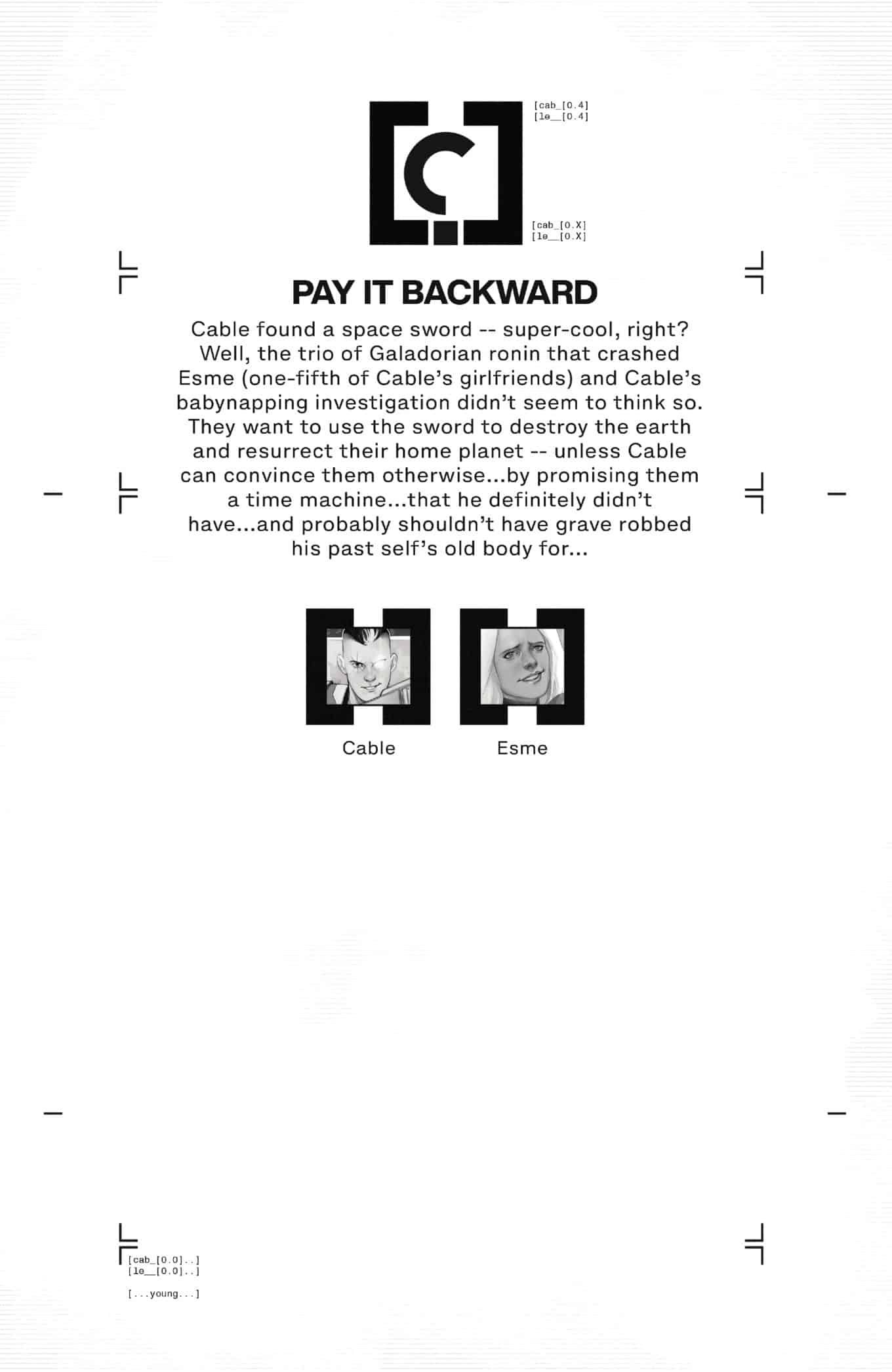 Cable and Esme, of the Stepford Cuckoos, escape the Space Knights, retrieve the sword called Light of Galador, and detonate the old cable’s arm! 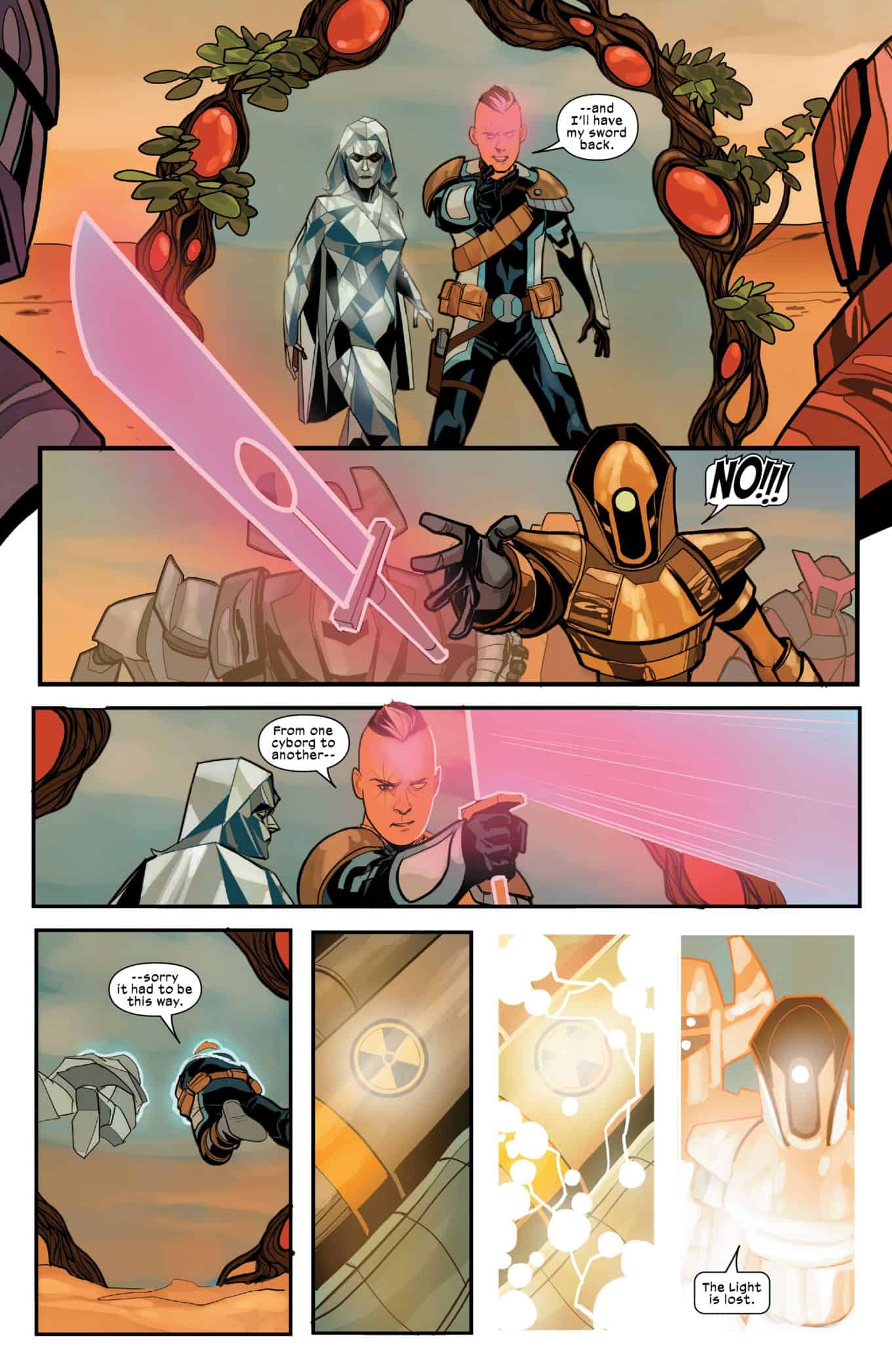 They end up back on Earth as the world they were on deals with a large explosion; did the Space Knights survive? We don’t know. 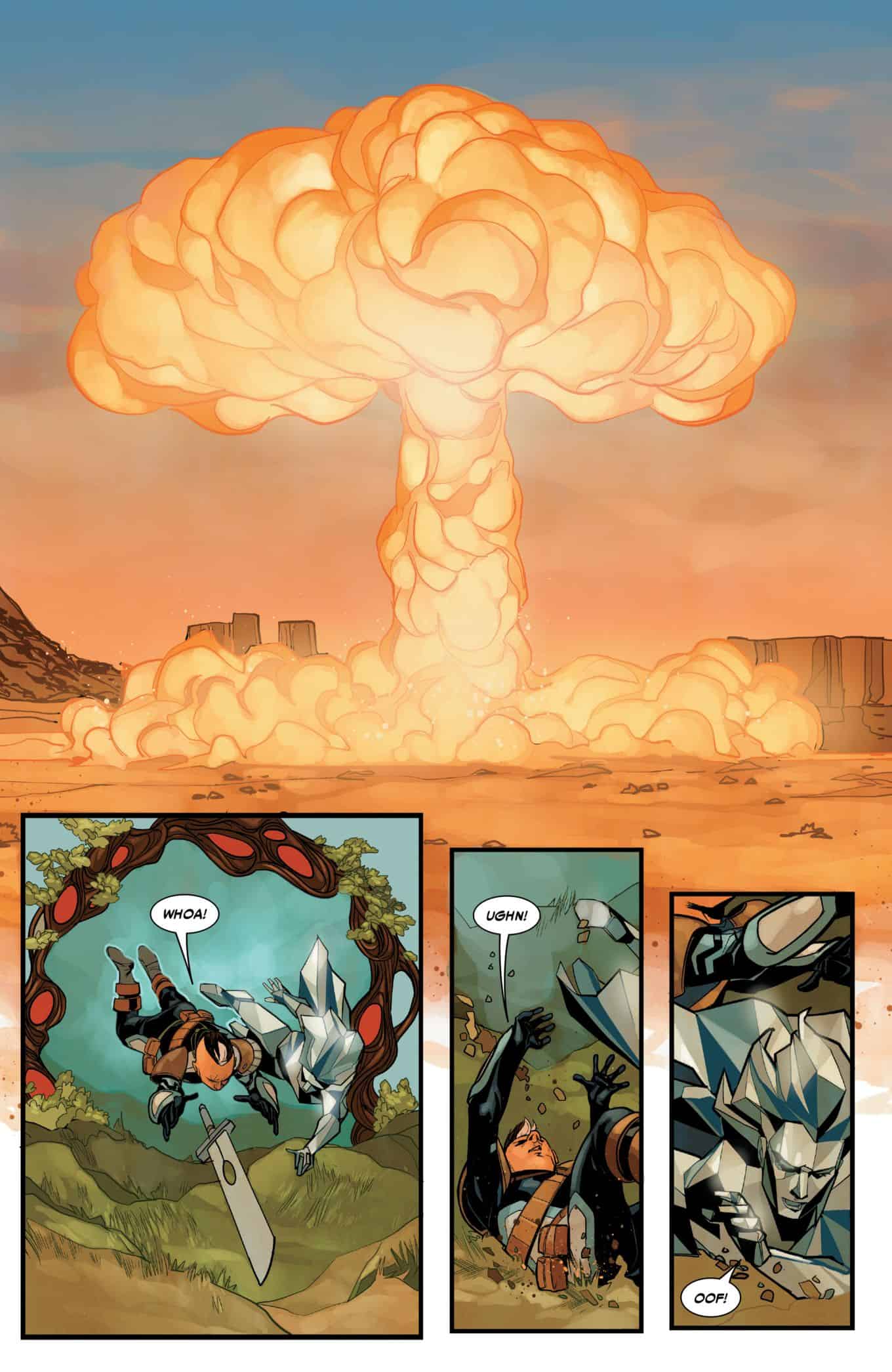 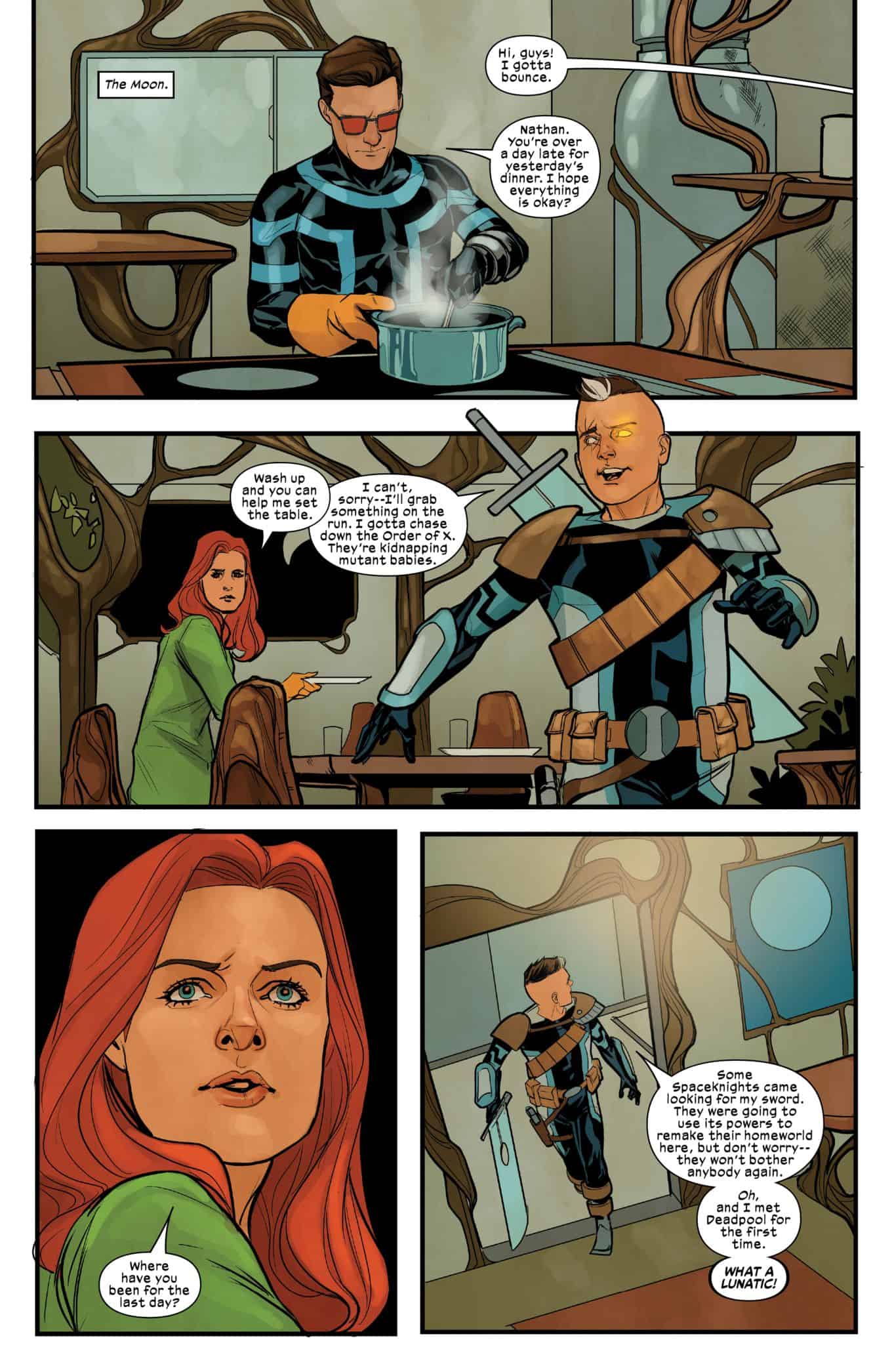 …they encourage him not to be in a rush to grow up. 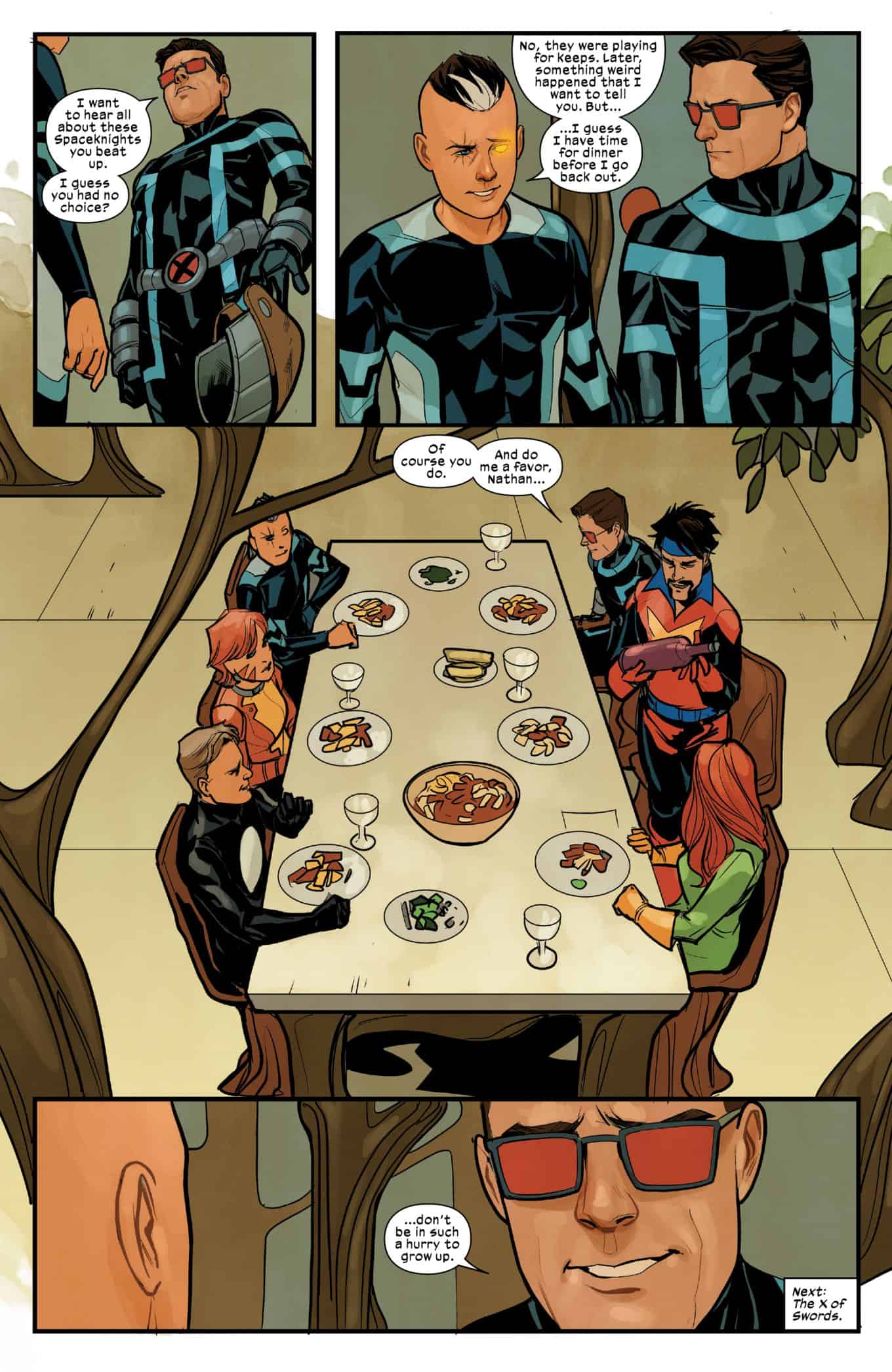 Nothing really X of Swords related in the issue beyond the Light of Galador and Cable will both be in the event. A fun issue with decent art. 7 out of 10.