Batman Has Catwoman and Harley Quinn Replace Damian Wayne , Who Has A New’ish Costume, As Brian Michael Bendis Wraps Up Superman Run! Solicitations and covers below. 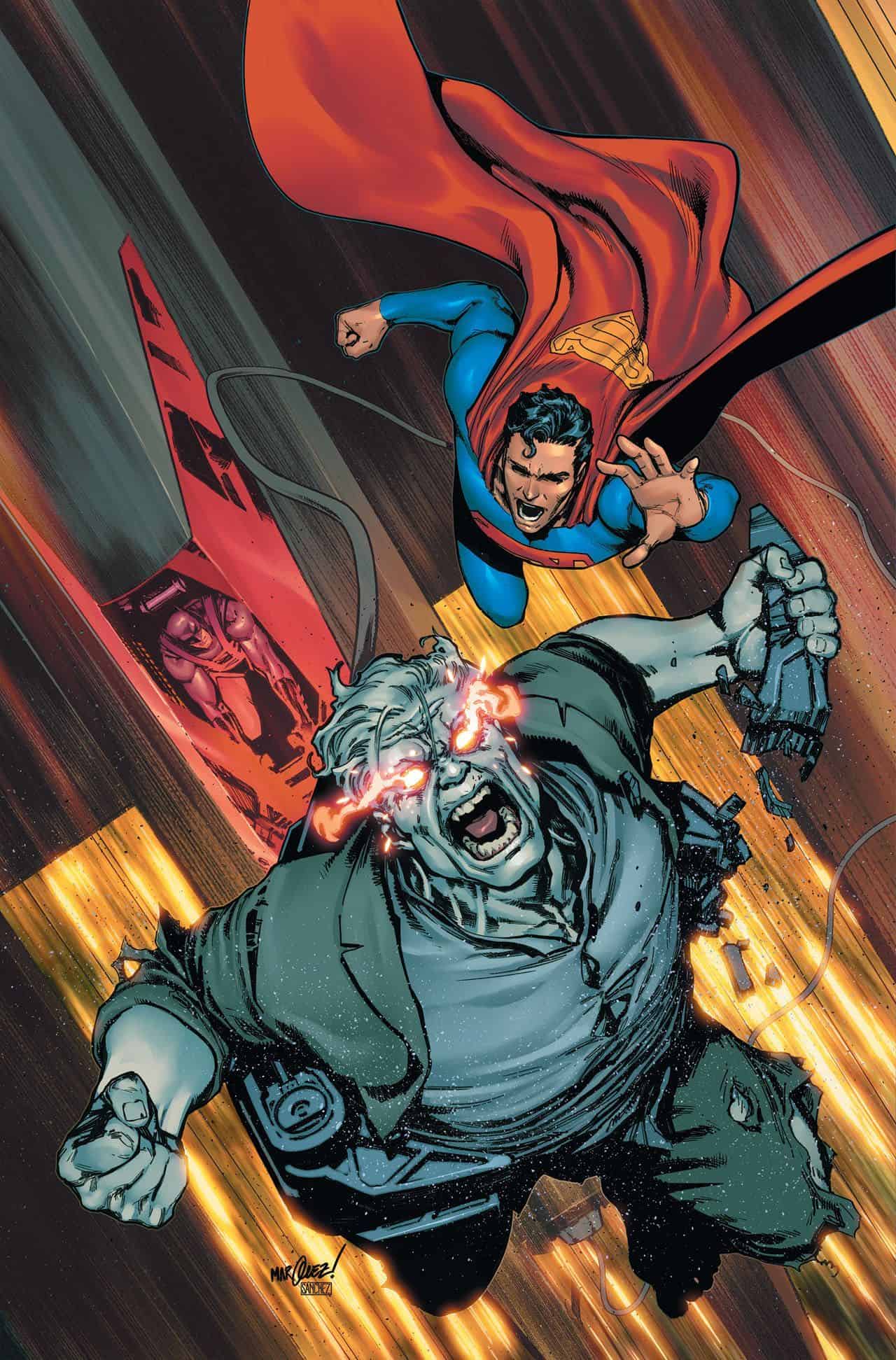 “Solomon Grundy died on a Sunday!” But when this monster man kicks the bucket, all hell breaks loose! When the body of Grundy begins to break down, so begins a toxic time bomb that could wipe out half of North America! It’s up to the Man of Steel and the Dark Knight to get Grundy from S.T.A.R. Labs to Slaughter Swamp before the clock hits zero…but with a horde of super-villains all looking to snag the sizzling super-titan for their own nefarious ends, our heroes had better move quickly! 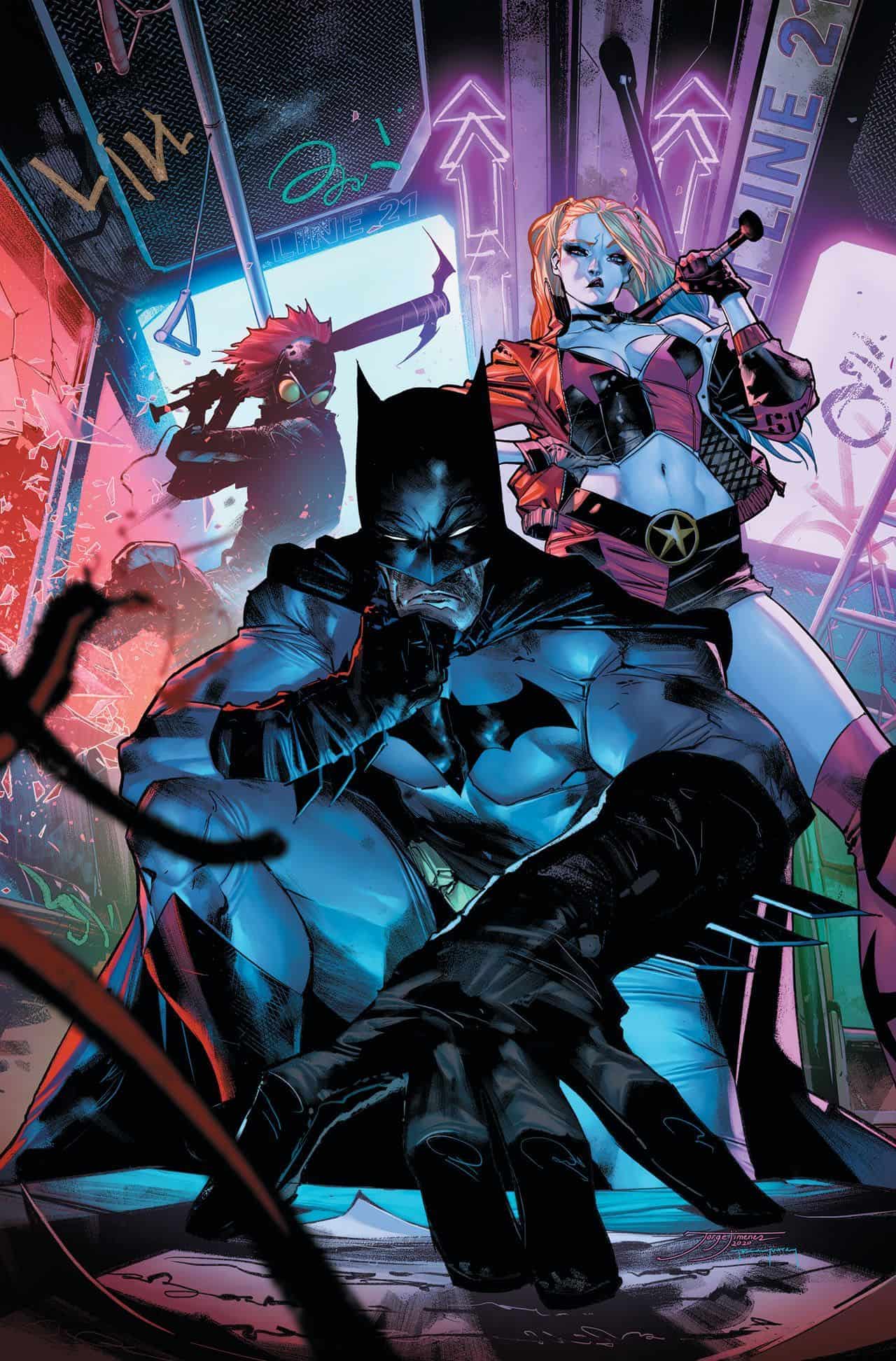 Ghost-Maker is living up to his spectral name as Batman scours Gotham City for any trace of him…but this deadly new vigilante is going to prove a bloody point to the Dark Knight by murdering both Clownhunter and Harley Quinn. That is, unless they kill each other first! 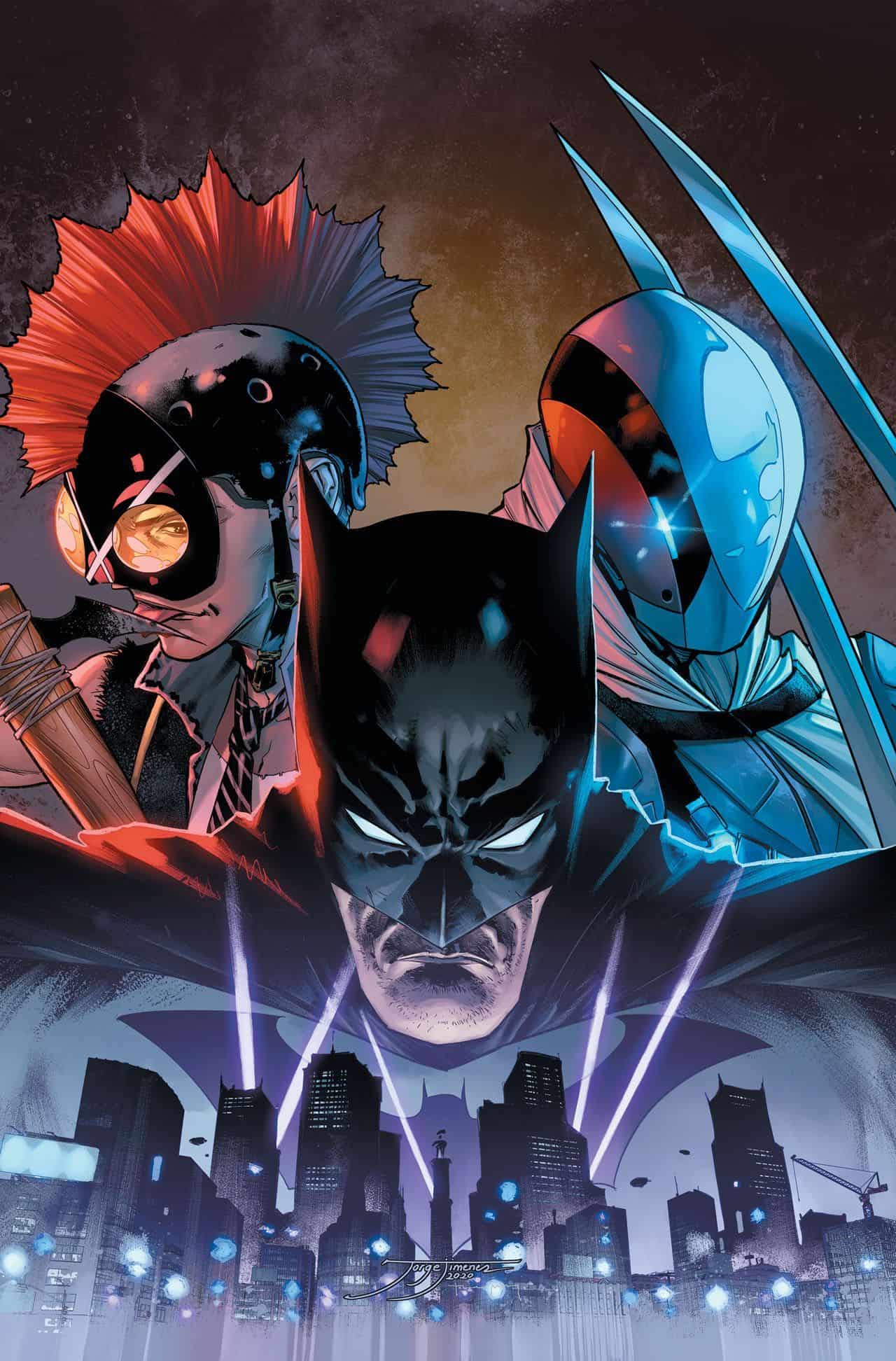 Batman battles Ghost-Maker in the no-holds-barred, bloody conclusion of this epic tale…winner take Gotham City! And the outcome is not what you’re expecting! The future of Gotham City and the fate of Clownhunter hang in the balance! 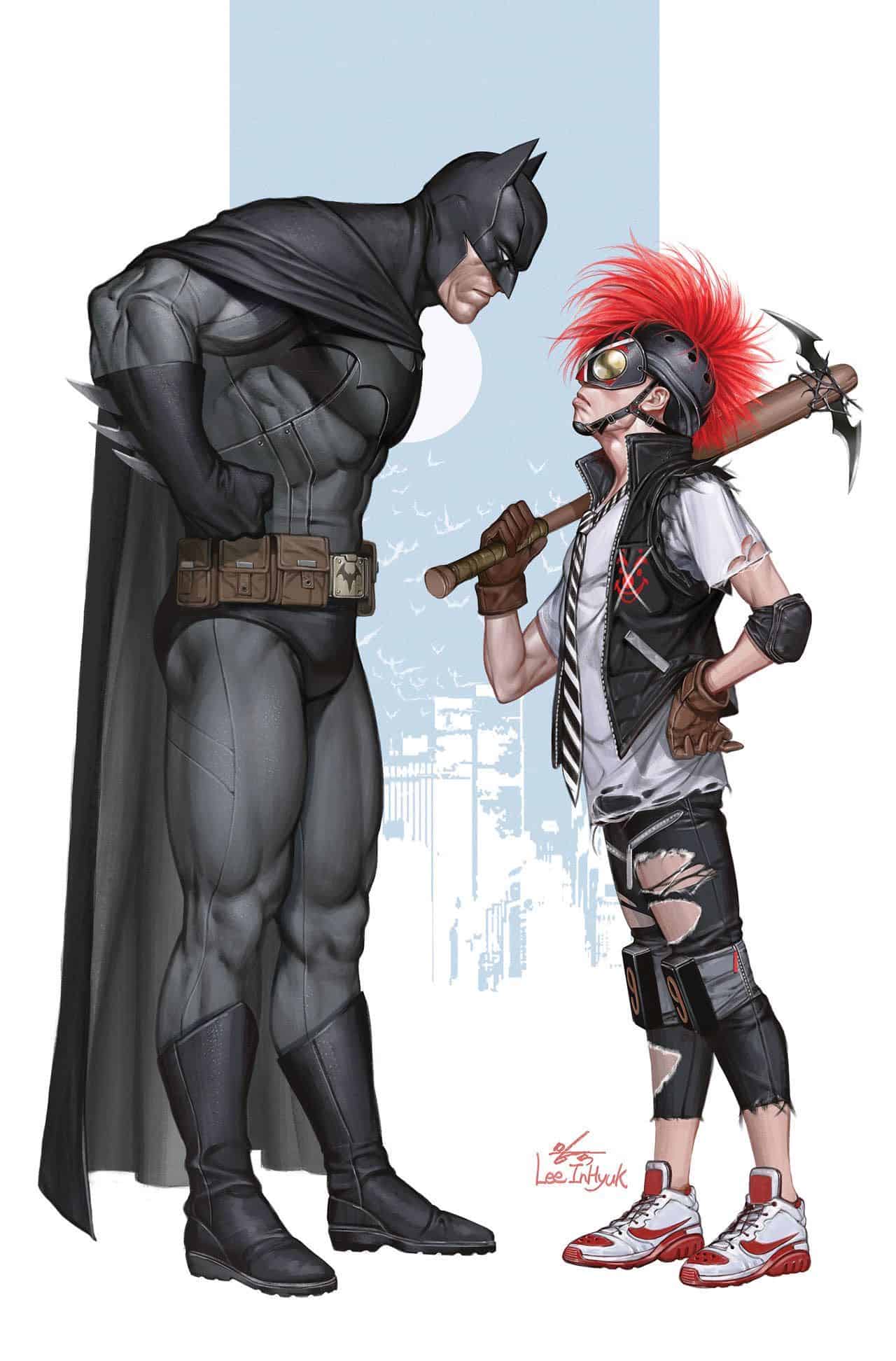 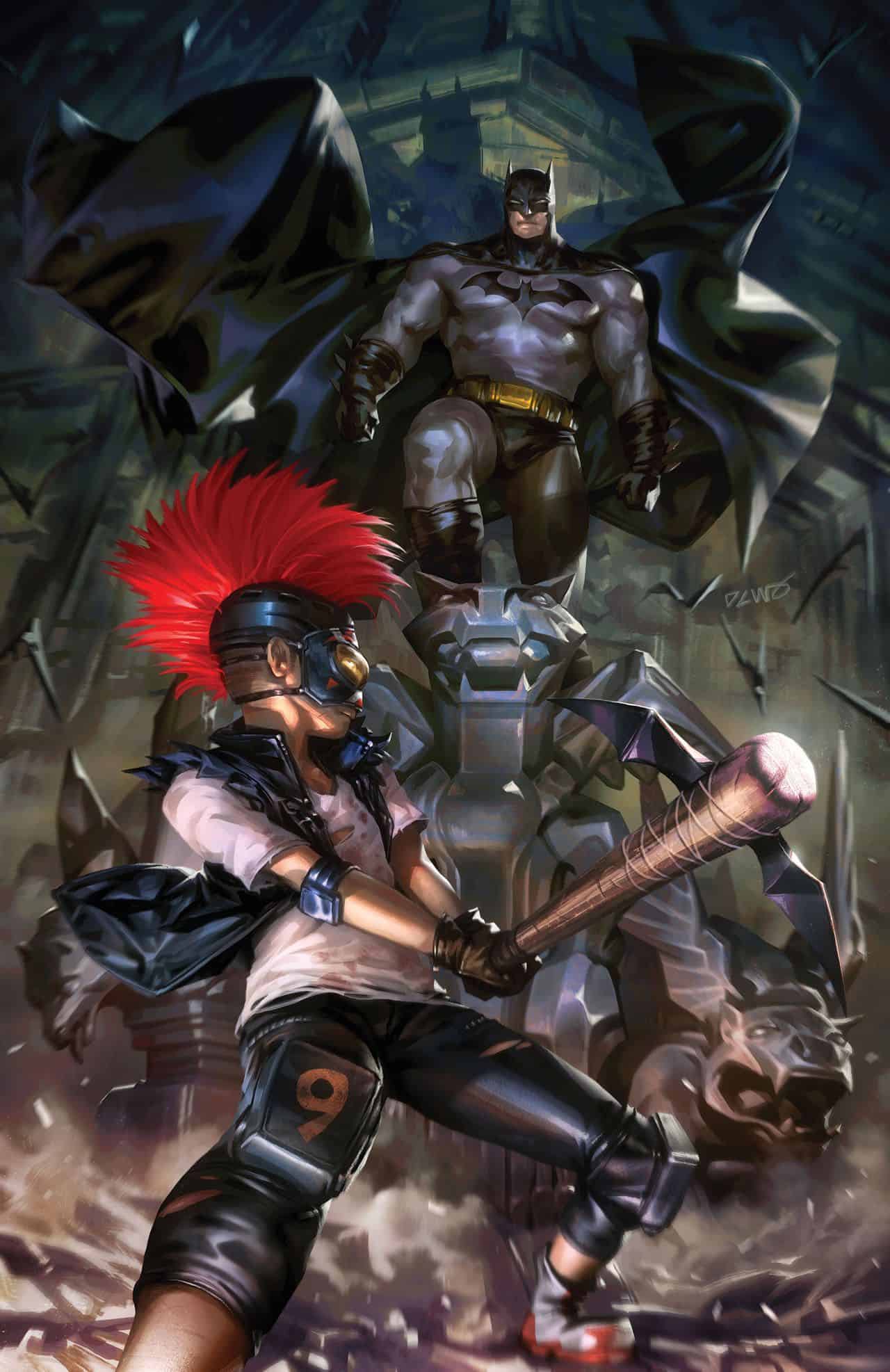 The riveting new vigilante known as Clownhunter was a breakout star of “The Joker War”— but what’s the tragic origin of this teenage assassin? How did his parents die at the hands of The Joker, and is there a place for him in the evolving Gotham City? Can there be redemption for the infamous Clownhunter? 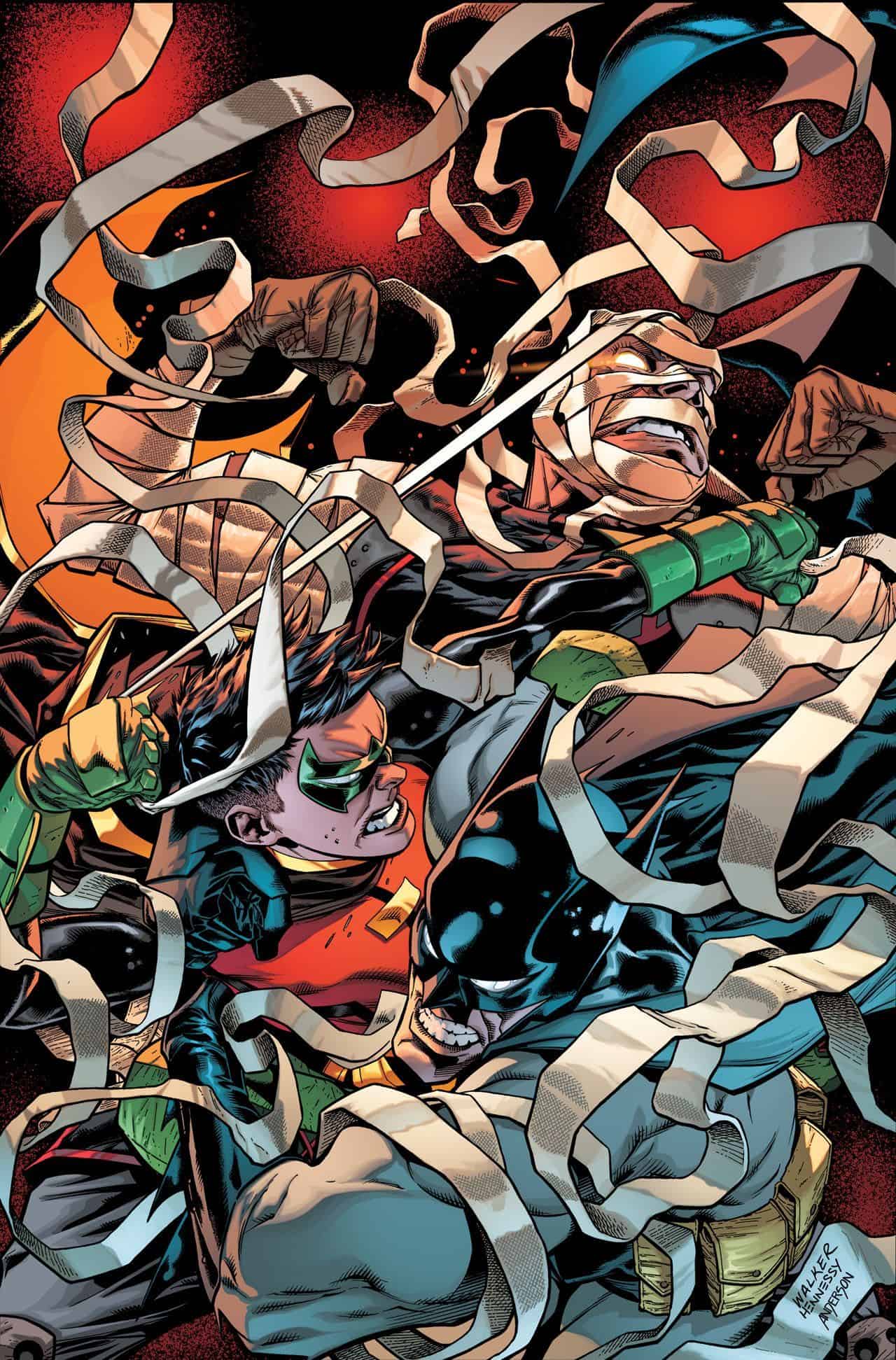 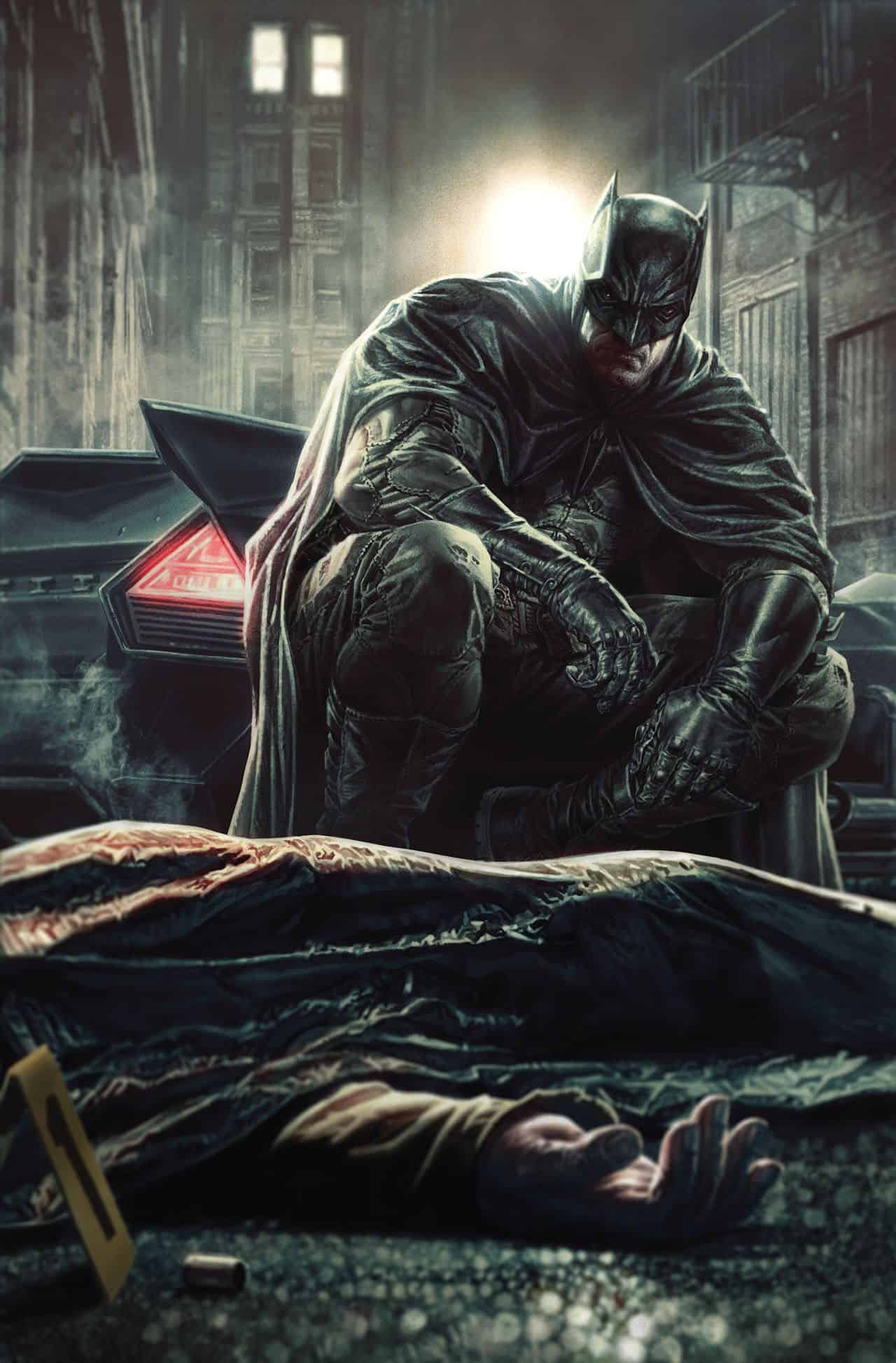 Father vs. son round two! Batman and Damian Wayne are once again butting heads after Bruce uncovers the missing Black Casebook pages in the clutches of his estranged son. But when the notorious Hush captures the entire Bat-Family, the Dark Knight and the former Boy Wonder must put aside their differences to help Nightwing, Batgirl, Signal, Orphan, Red Hood, and Batwoman survive! 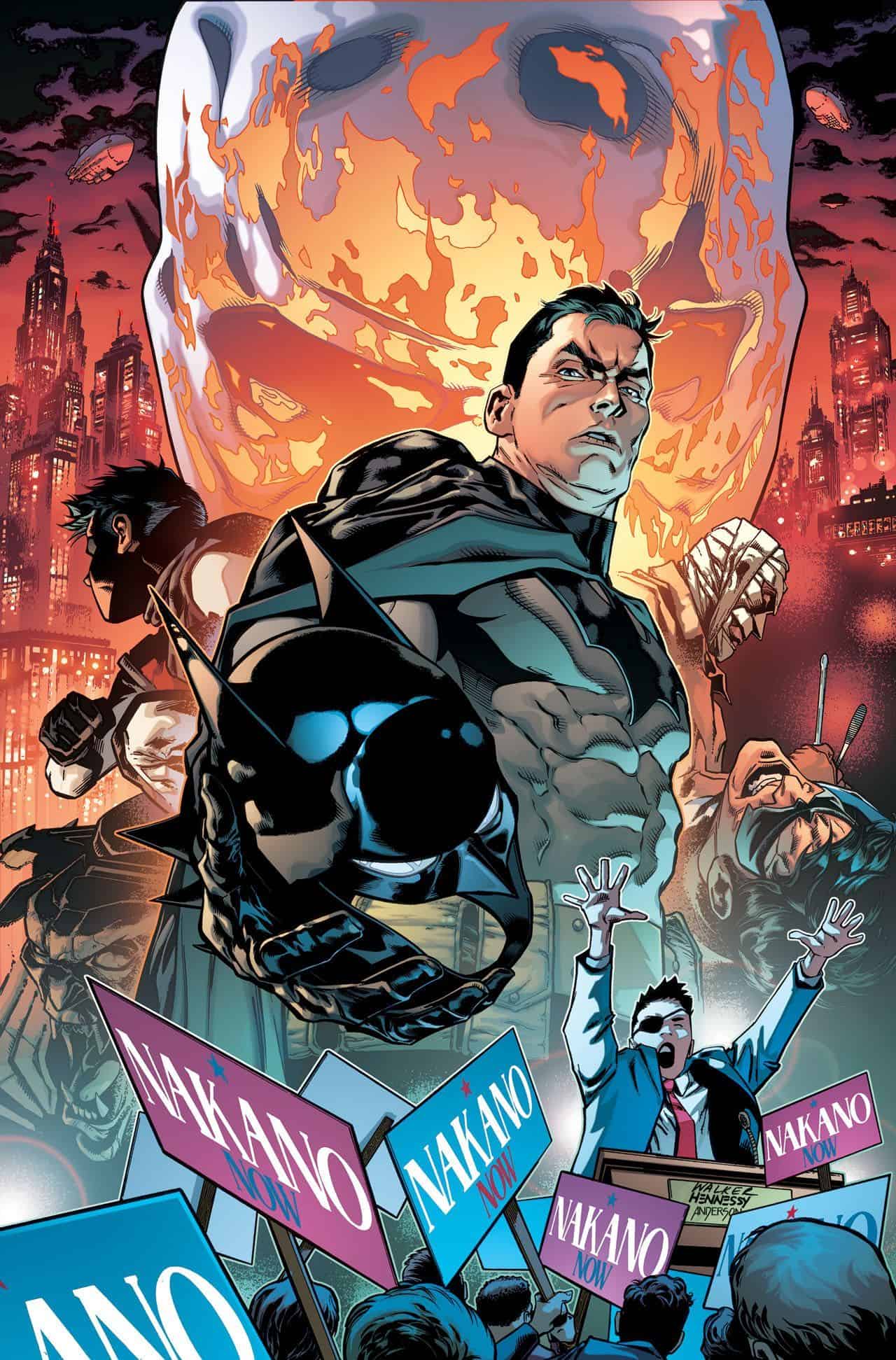 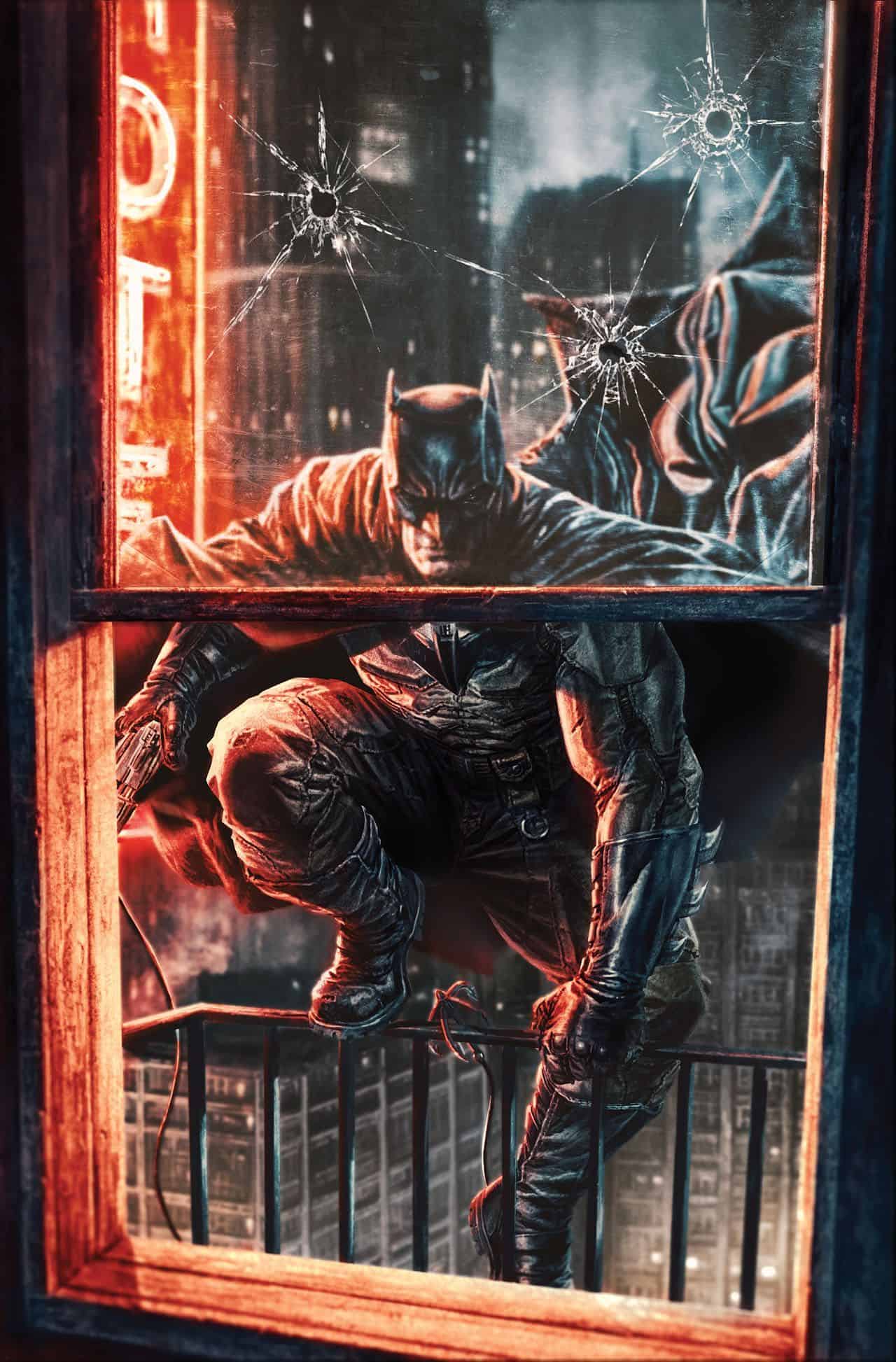 On the eve of some of the biggest changes ever in Gotham City, Batman finds himself at a crossroads with the people of the city he has sworn to protect. A landslide victory for anti-vigilante mayoral candidate Christopher Nakano is bringing with it new legislation to outlaw the Bat-Family’s very way of life—and with his rogues gallery still knocking on his door, Bruce will need to make some tough decisions about the future… 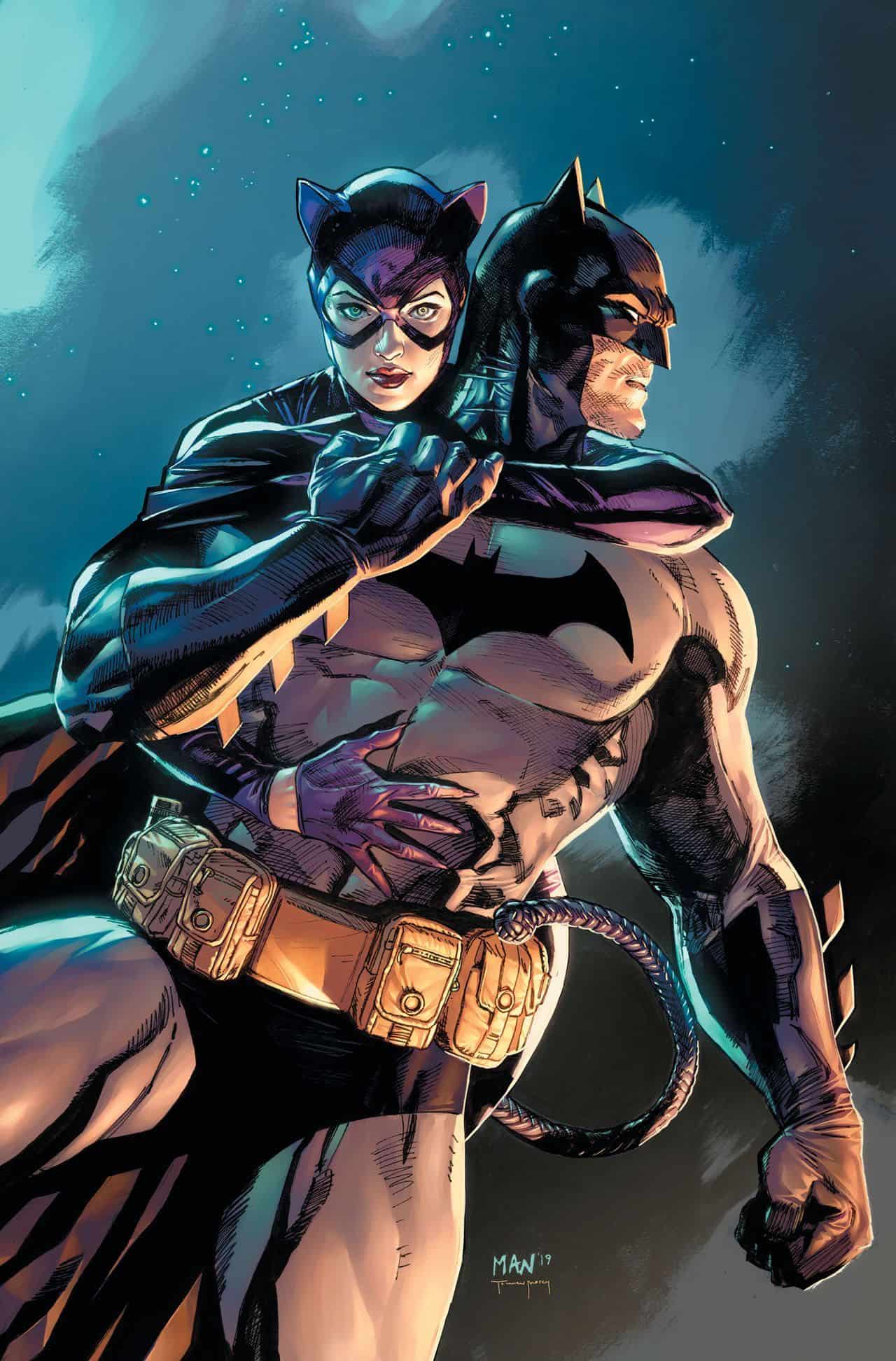 At last, Tom King returns to the rocky, romantic saga of Batman and Catwoman with his Heroes in Crisis collaborator, superstar artist Clay Mann!

Echoing plot points from King’s epic Batman run, this sweeping tale is told across three timelines: the past, when the Bat and the Cat first fell in love; the present, where their union is threatened by one of Batman’s lost loves; and the future, where the couple have a happy life and legacy—including their daughter Helena, the Batwoman. And as the story begins, after a long marriage, Bruce Wayne passes away—which frees Selina Kyle to settle an old score.

At every stage of their relationship, Bruce and Selina have an unwelcome chaperone: The Joker! 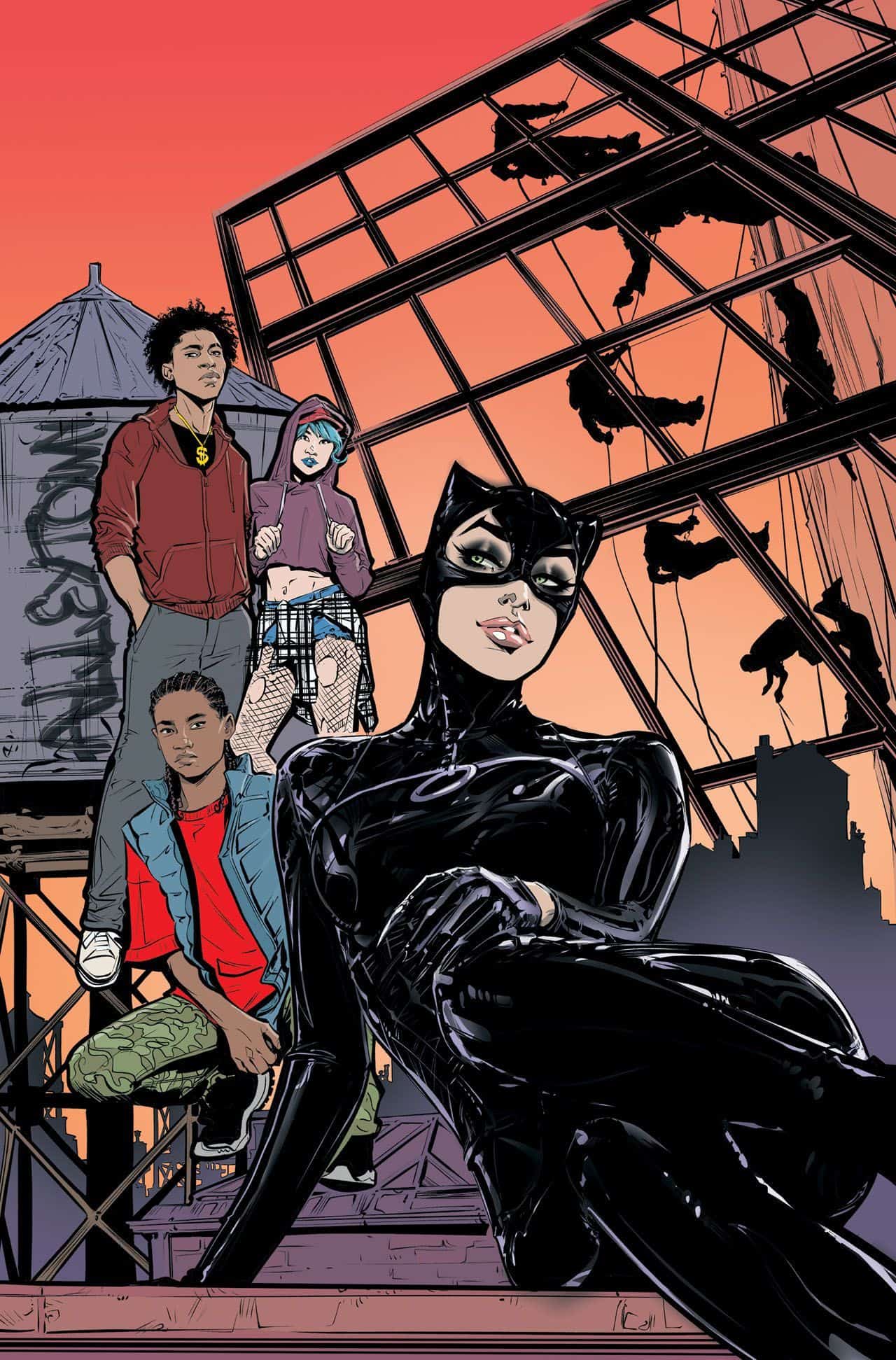 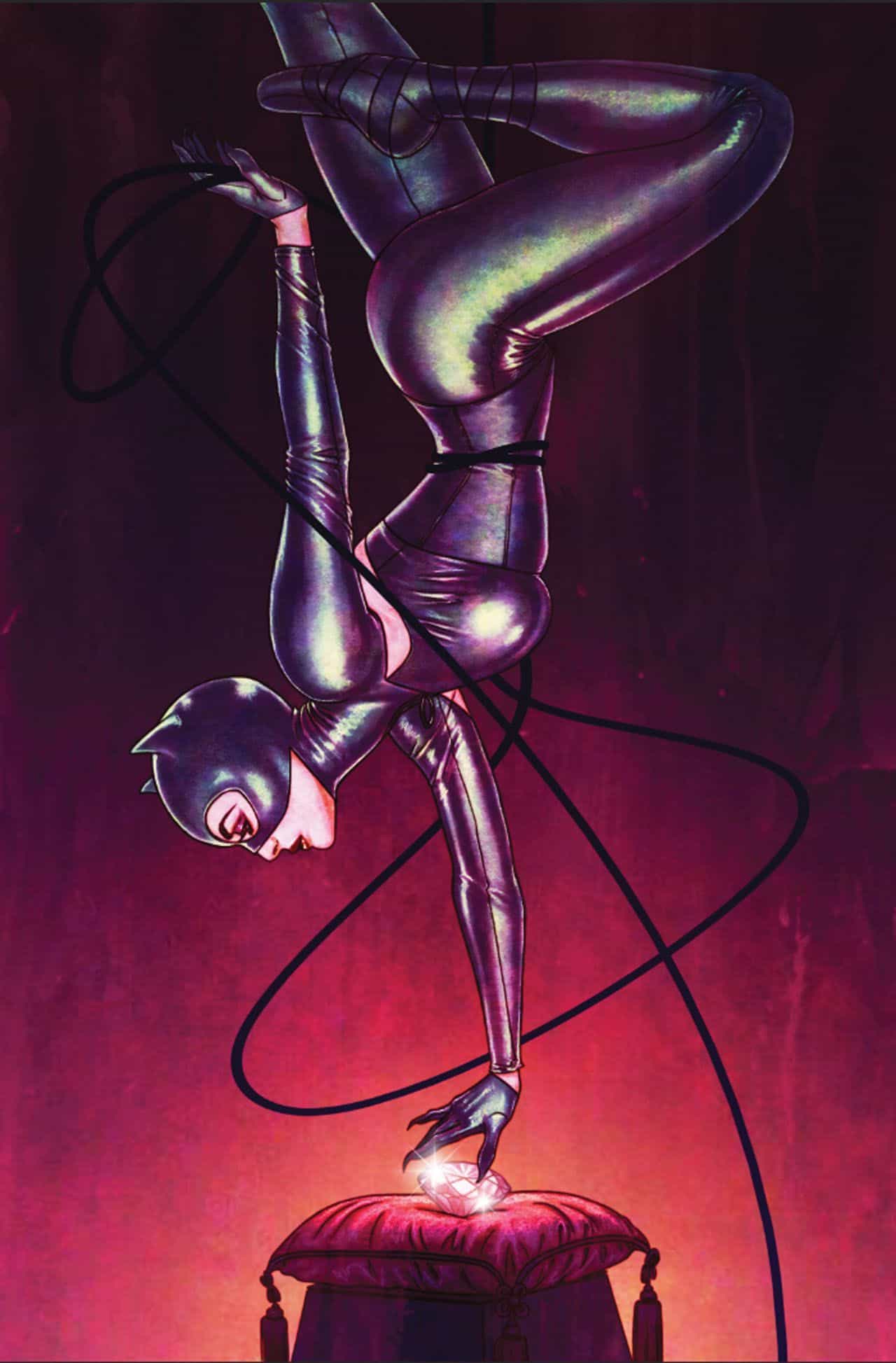 Apparently taking down the mob, straightening out some crooked cops, and gaining control of Alleytown is not enough for Selina. She’s also taken it upon herself to make sure the streets of her newly adopted home are safe for the group of stray kids she’s taken under her wing—and she’s going to do it by teaching them to steal the streets back for themselves! Introducing: Catwoman and the Strays! 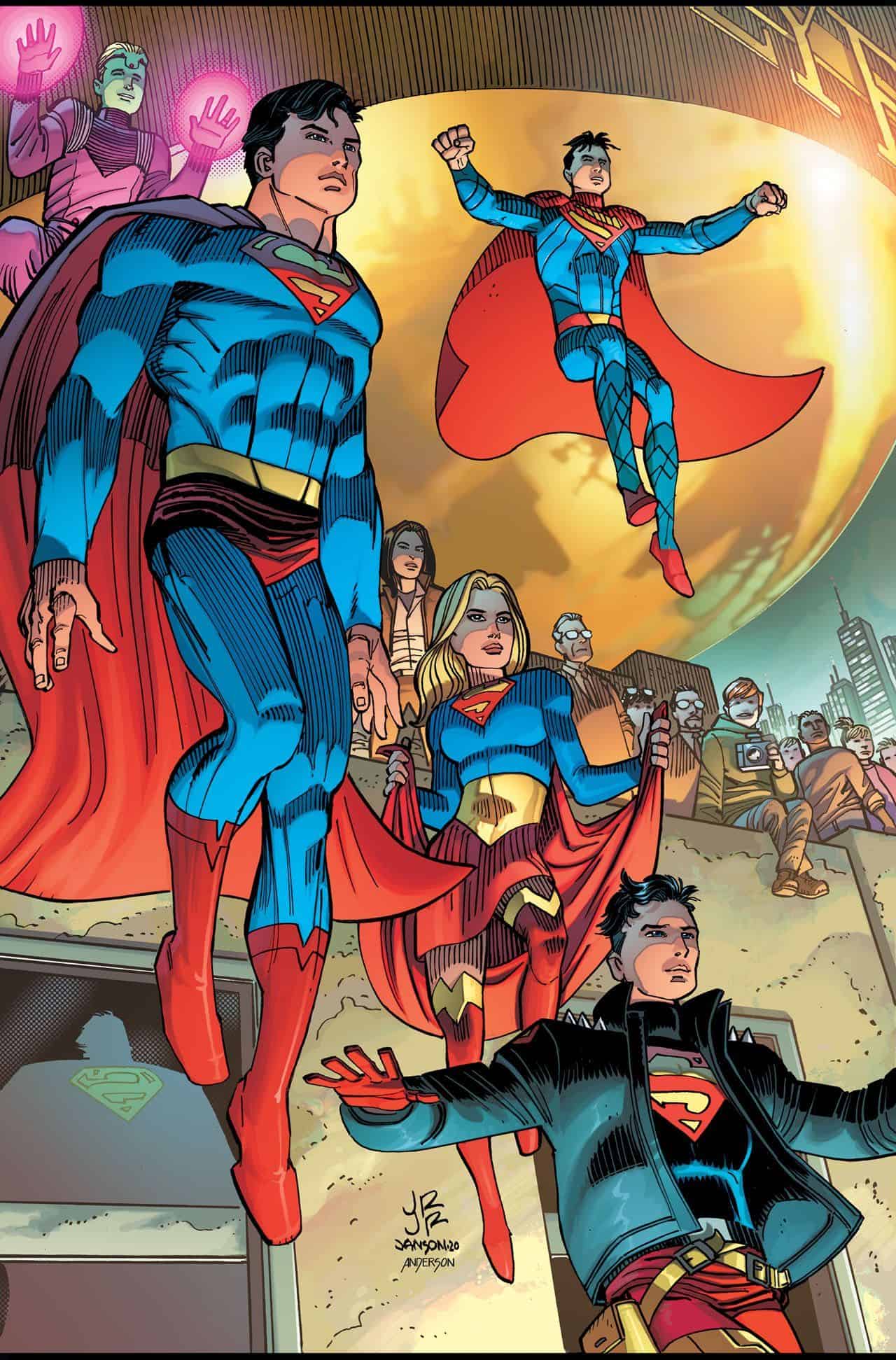 The powerhouse creative team of Brian Michael Bendis, John Romita Jr., and Klaus Janson wrap up their run on Action Comics with “House of Kent: Epilogue”! With the final fate of Metropolis’s underworld revealed at last, it’s time for each member of the House of Kent to face their unknown futures head on, including Lois, Conner, Jon, Kara, Jimmy, and, of course, Clark Kent! This standalone Superman story connects threads from Superman’s Pal Jimmy Olsen, Lois Lane, Superman, Justice League, Legion of Super-Heroes, and other unforgettable series in epic—and unexpected—ways!

It’s the Man of Steel’s last stand in this final Superman tale by the superstar team of Brian Michael Bendis, Ivan Reis, and Joe Prado! Superman comes face to face with an alien race that he desperately wants to help before it is too late. As the cosmically powered race known as the Synmar aim their deadly power at the Man of Steel’s adopted planet, Superman finds himself pushed past anything he has ever faced! Get ready to experience a powerhouse moment for Superman that’s been years in the making!

“Endless Winter” chapter three! Superman finds himself at the center of an epic battle as the Frost King’s hordes of ice monsters come to life. Is this frozen onslaught too much for the Man of Steel, or can he stop it before it rampages across the chilling wasteland the world is becoming and reaches civilization? The answer to this question comes from an unlikely source close to Clark Kent’s earthly roots.