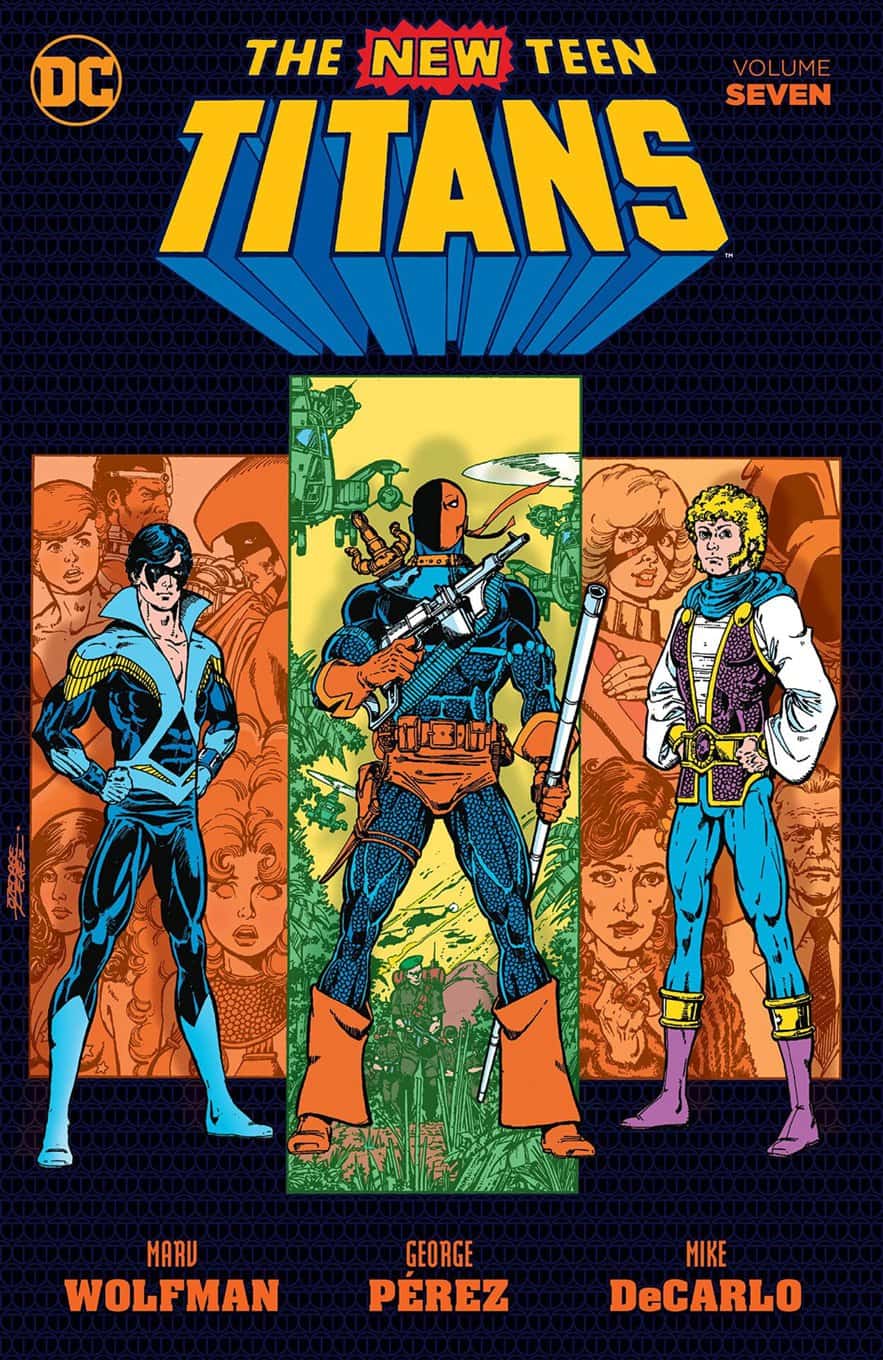 Spoilers from thirty-six years ago

When I picked up this stack of New Teen Titans trades at a convention last year (is that something we will ever get to do safely again?), it was largely because I’ve never read the Judas Contract, the famous story arc featuring Terra and Deathstroke.

I hadn’t realized that that story was in Tales of the Teen Titans, the name that the original New Teen Titans series took on just prior to the New Teen Titans being relaunched in the baxter-paper, direct market only format.  Apparently this book continued on its own for a few months before the new “New” series launched, unlike the Legion of Super-Heroes which switched over right away, with Tales of the Legion telling concurrent stories for a year.

None of that matters when you’re reading a collected edition though, because the paper is already nicer.  Let’s see if this story is as good as I’ve always heard…

I’ll agree that these are classic issues.  In 1984, had there ever been a betrayal at this scale in comics?  I wonder if it would have been more surprising had Wolfman and Pérez kept Terra’s secret from the readers as well, but still, it was easy to sympathize for Gar and the others as they realized they’d been had.

The further development of Deathstroke as a character is actually the stuff I liked best in these issues.  Slade Wilson is one of my favourite DC characters (although most of the credit for that goes to Priest’s incredible Rebirth series a couple of years ago), and it was cool to see the roots of his friendship with Wintergreen, and the depths of his family’s dysfunction.

That said, there are things about the Judas Contract that I have some problems with.  I think the first thing we need to discuss is Jericho.  It’s cool to see a character who is unable to speak, and I appreciate how Pérez wrote in the afterword about how portraying Joseph caused him to really up his game.  There are two things I don’t understand about Jericho though.

The first is the ease with which the Titans accept him on the team (not that that was ever made official in this volume) after his father planted a mole on the team to try to kill them.  Everyone trusts Joseph right away?  That seems unlikely to me.

The other issue I have with this character is that he has to have one of the worst designs I’ve ever seen.  He’s a teenage boy with bushy mutton chops?  Has that ever happened before?  And what’s with his costume?  He has flouncy blouse sleeves and a purple and gold vest.  I love and respect Pérez as an artist, but he has a long history of unfortunate character designs.  Looking over his entire career though, I don’t know that he’s made an uglier character than Jericho, and I can’t believe that this look would have worked in any aspect of the 80s.

Similarly, I hate the first Nightwin outfit.  I’m not saying it’s not an improvement on Robin’s look (which really has to be awkward to wear as a 19 or 20 year old), but the open chest and massive collar just don’t work for me.

I also think this might be a good place to talk about the HIVE.  At first, I took it as a generic evil scientist organization, DC’s AIM, more or less, but things get really weird with this issue.  Their entire plan seems to be to trap the Titans in a giant base in the Rockies so they can sap their life energy to run a base under the Atlantic, in order to poison the oceans, so the world’s governments will give them control.  That all sounds reasonable, doesn’t it?  Especially for an organization called The Hierarchy of International Vengeance and Elimination.  I don’t know if this is vengeance or elimination (unless, of course, the poisoned ocean gives everyone diarrhea, in which case, it’s practically in their mission statement).

Okay, I can accept a big ridiculous world dominion plot, because that’s comics.  But why does HIVE wear purple sorcerer robes?  And what’s the deal with the unnamed HIVE Master?  She’s portrayed as this kind woman, encircled by plants and songbirds, who mourns the loss of her underlings in one place, and then kills more of them in another.  I’m thankful that villains have become more nuanced in more recent times; this whole HIVE thing is strange.

Among the things I liked most about this volume is the way in which Gar is handled.  His wisecracks have been pretty annoying up to now (not to mention hella dated), but as he deals with Terra’s betrayal, and the cold shoulder the rest of the team gave him (perhaps uncharacteristically) after he death, he finally becomes a little more manageable.

The stuff with Vic’s grandparents is kind of odd.  I assume they will be turning up again, as so far, their inclusion in the story doesn’t seem too interesting.

Wolfman and Pérez wrapped up some long-running plotlines in this volume, as they prepared to relaunch the title in the new, “deluxe” format.  I can tell that there is a big Raven story in the works, which makes me apprehensive, as I still cannot stand that character.  I don’t know if that’s going to be the next volume in these trades, or the one after that, but I’m hoping that something magical happens, and Raven becomes a little more palatable to me.