Retro Reviews: Hawkeye #1-4 By Gruenwald & Others For Marvel Comics 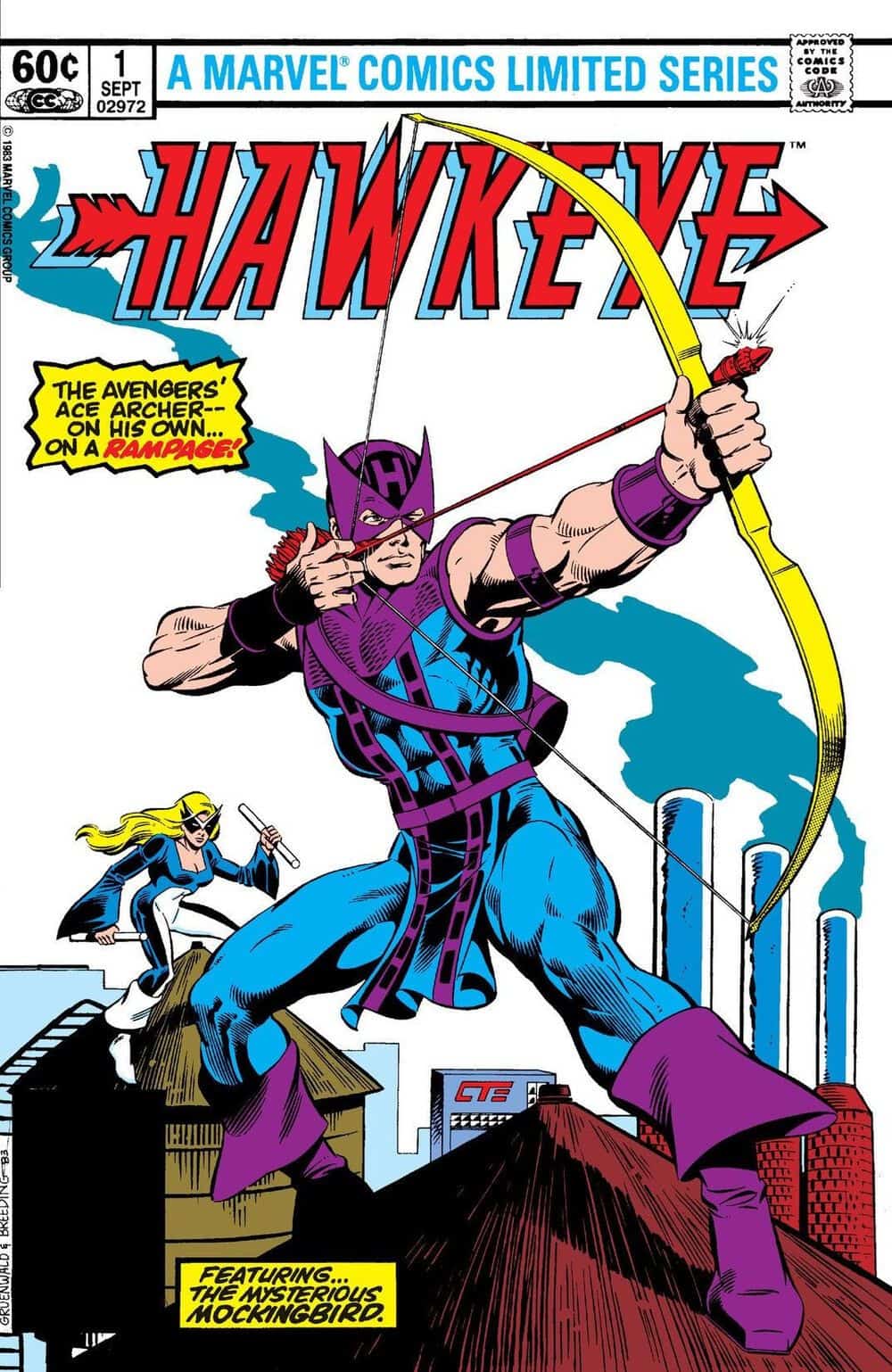 Spoilers (from thirty-seven years ago)

Hawkeye was, for years, defined by how difficult he was.  He was always giving Captain America a hard time, behaving like a petulant teen in his earliest days as an Avenger.  At some point, it must have become apparent that the character needed some work, so in the early 80s, as the miniseries began to take hold as an actual thing, legendary Marvel writer Mark Gruenwald took on the task of helping Clint grow up.  He paired him with Mockingbird, and worked to establish the characterization of him that endured up until Matt Fraction and David Aja’s seminal run in the last decade.

I remember really liking this series, but I don’t remember a lot about it now.  I’m curious to revisit it.

I’m looking forward to reading this, and hope it lives up to my expectations.

This was a pretty solid miniseries.  Sure, there are a few things that don’t make a lot of sense, like the way in which Clint’s costume was destroyed, and then replaced with a new one that still had his specialized arrowheads in it, while other specialized arrowheads (like the concussive one that took down Crossfire) were attached to the sporting good store arrows in his quiver.

I’m also not sure why the connection between Crossfire and Cross Technological Enterprises wasn’t explored more explicitly; later on, we’d see that Crossfire ran that company, and that his last name was Cross.  I also found it odd that Clint never followed up with the evil company that fired him, especially if they were working on behalf of Crossfire as a client. 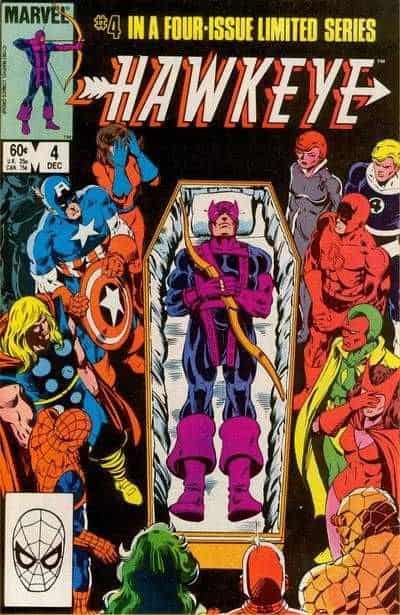 Why would the company hire him as their head of security, and then hire someone else to distract him so he wouldn’t notice that they were doing something illegal?  Wouldn’t it have been a lot easier to just not hire him in the first place?  I’d have thought that Clint would have liked to confront Sheila, the woman that broke his heart, but he seems pretty okay with moving on to Bobbi.

Mockingbird is one of the best things about this comic.  She’s an interesting character for the time – she’s not dressed in a particularly revealing or sexy outfit, and she holds her ground as an independent woman, but she also throws herself at Clint pretty quickly.  I like that she has some fringe history around the Marvel Universe, but is for all intents and purposes, a blank slate here.  The relationship between her and Clint is interesting from the beginning, as she comes across as the more accomplished hero, and we aren’t privy to her insecurities the way we are his.  The romance does seem to come a little bit out of nowhere though, and I thought that their wedding seemed a little premature.

I suspect that this title was first used to test the water for an ongoing Hawkeye series, which, had Gruenwald written it, I’d have been all over.  Gruenwald is one of the best writers of this era at Marvel (I reread his Captain America not that long ago), and he had a good handle on Clint.  He’s not portrayed as being as brash and reactive as we’ve seen elsewhere, but he is pretty emotional, and quick to make decisions.  Clint was always more of an everyman hero, and I thought it was interesting that Gruenwald would work in the Captain America cameo that makes Clint think about how much resentment he’s carried towards Cap, which largely appears to come from a place of jealousy and insecurity.

I also really like that Clint came out of this series with hearing loss (despite the fact that few subsequent writers have remembered to do anything with it, with the notable exception of Matt Fraction’s brilliant run).  There are few heroes that deal with physical handicaps or disabilities, and that Gruenwald decided to do this to Clint back when he did is remarkable.

I often forget that Gruenwald was also an artist.  He didn’t draw all that many books, and that’s a shame.  He has a nice clean approach to the art here, and delivers some very fine Marvel house-style art.  I’m not a huge fan of the new look of Hawkeye’s uniform, mostly because the asymmetrical purple sleeve on his left arm bugs me, but I also like costume changes that are just minor tweaks.

I’m not sure how or when the decision to move from this series to the West Coast Avengers miniseries took place, but that’s where we’re headed next, when Clint and Bobbi (who have both lost everything in this series) head to LA to set up shop.  I remember loving that book, so let’s see how it stands up.